Yes, I am well aware that I just stole this line from Spiderman but it is definitely true and applies in real life as well. However, many people don’t seem to understand that and just go on a power trip. This is quite common when someone gets a sudden promotion when they don’t have any prior experience for that particular job. That is how we end up with managers who think they boss everyone around and no one can say anything.

That is the story we are going to focus on today. You see, when one quits, they think that they don’t have to answer to their previous bosses anymore. However, apparently, this manager thought that even after quitting the job, the employee has to come in when asked and be professional. I don’t where in the dictionary it says that being professional means you have to do this but this manager seems to have a unique understanding when it comes to certain things.

First, we get a little bit of info as to where they worked.

Evidently, the working environment wasn’t great according to what we can read here. 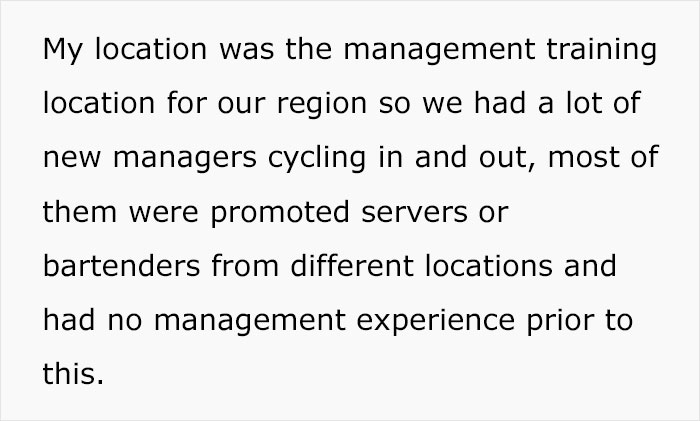 So unsurprisingly, they quit and left on good terms with the company. 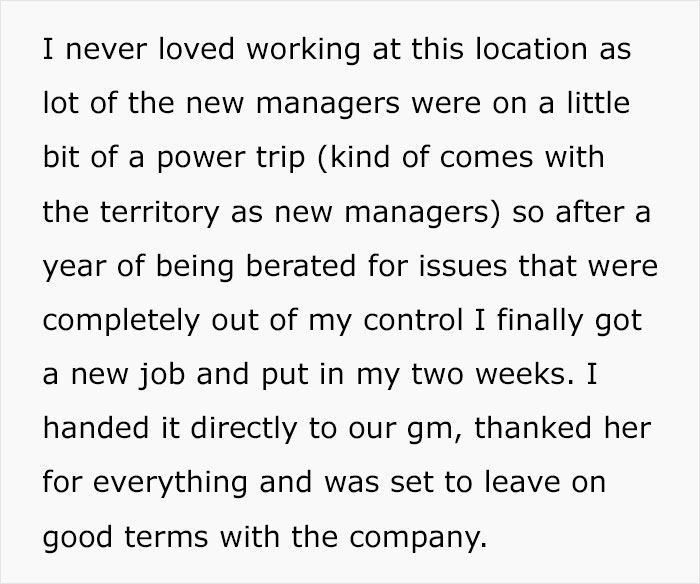 However, the company clearly didn’t add this into their documents because the company messages them after a few weeks. 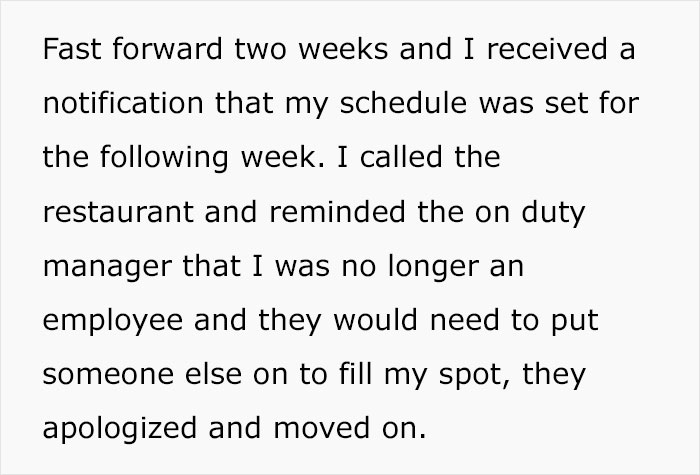 This happens once again.

And so they are told to make a note of this. 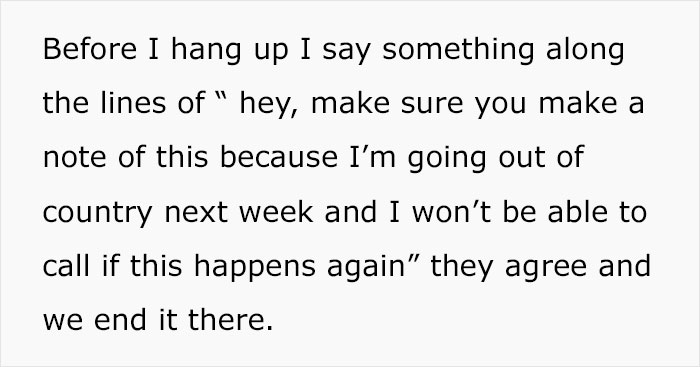 However, they clearly don’t do this because the ex-employee gets another message a few weeks later. 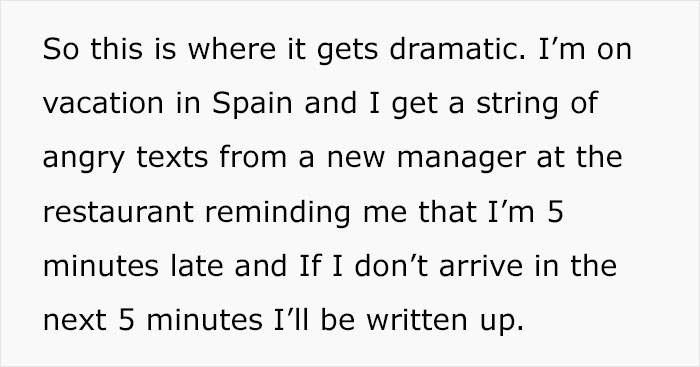 The ex-employee tries to be professional and let the new manager know but they aren’t having it.

What I don’t get is why would the ex-employee care about this? 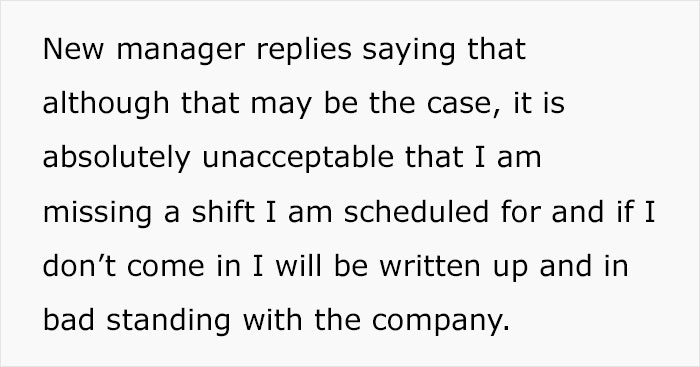 They try to explain the best they can but it ends up getting out of hand.

And they are bombarded with unhinged texts afterwards. 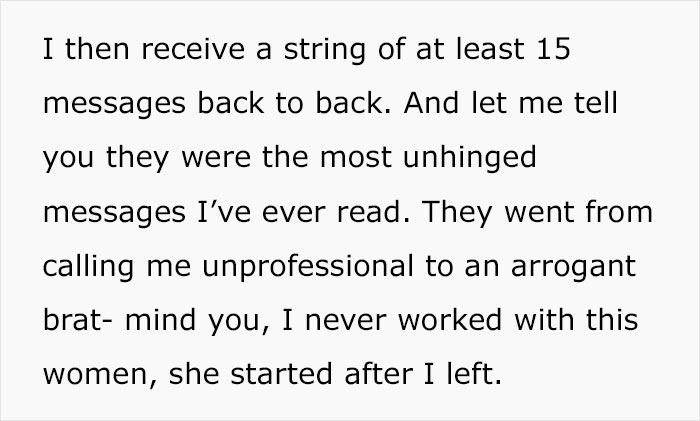 Basically, the manager ignores everything and lays into the ex-employee.

But since this is the age of everything always being recorded, the ex-employee sends the company some proof. 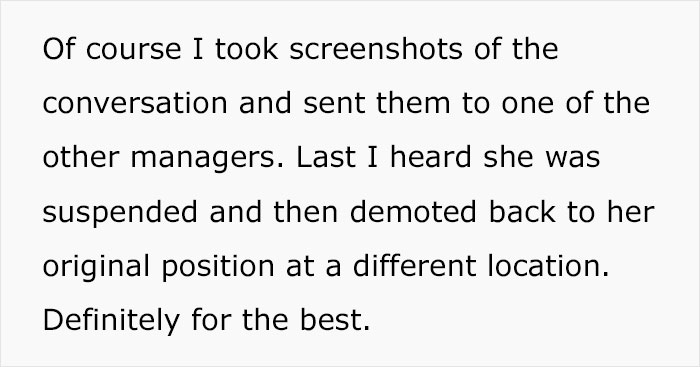 Honestly, I don’t understand the mindset of this manager. Did she really think something was owed to her just because this person had worked at the restaurant in the past? And did she not realize her messages would be recorded? Sometimes I am left baffled by how the world thinks.

And as you can imagine, people were ecstatic to hear that the manager got what she deserved.

Everyone likes the power but they don’t realize the responsibilities that come along with it.

I was a store manager in a neighbourhood with churches. Amazing the rudeness on these people when they needed to break a $20 for the collection plate. Literally throwing the money and saying “Gimme” instead of asking nicely. We had to fill out a slip every time we did a no sale to make a change, and they would get so impatient. At times we had to refuse them (Not enough change to make it until the banks opened on Monday) and they would get so angry. –DocRules 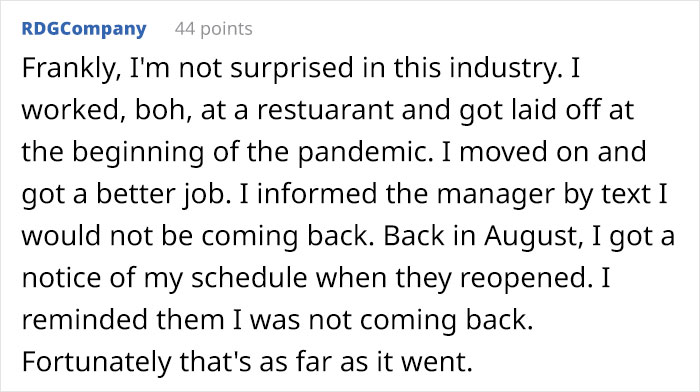 People even shared their take on this ridiculous situation.

What would you have done if you were in this situation? Comment down below and let us know.