Some people just can’t take no for an answer.

Nobody likes being rejected. I mean that is something that I can understand. And I am well aware that it sucks. However it is not the end of the world. After all everyone has different likes and silikes and that includes what they find attractive. So nobody should take it personal if they get rejected by a person. Especially if they don’t even know each other.

Althought that is eaxctly what happened with this guy. You see he had matched with a girl on Tinder but rejected ehr after because he was already into someone else. Most people wouldn’t even tell that to the person they matched with. After all Tinder isn’t really known for findiong your soulmate. But this woman apparently didn’t like that and went off on him.

It is honestly kind of hilarious to see her get so worked up over someone she apparently thinks is dumb.

We have already seen a huge red flag when she says she isn’t worth it. 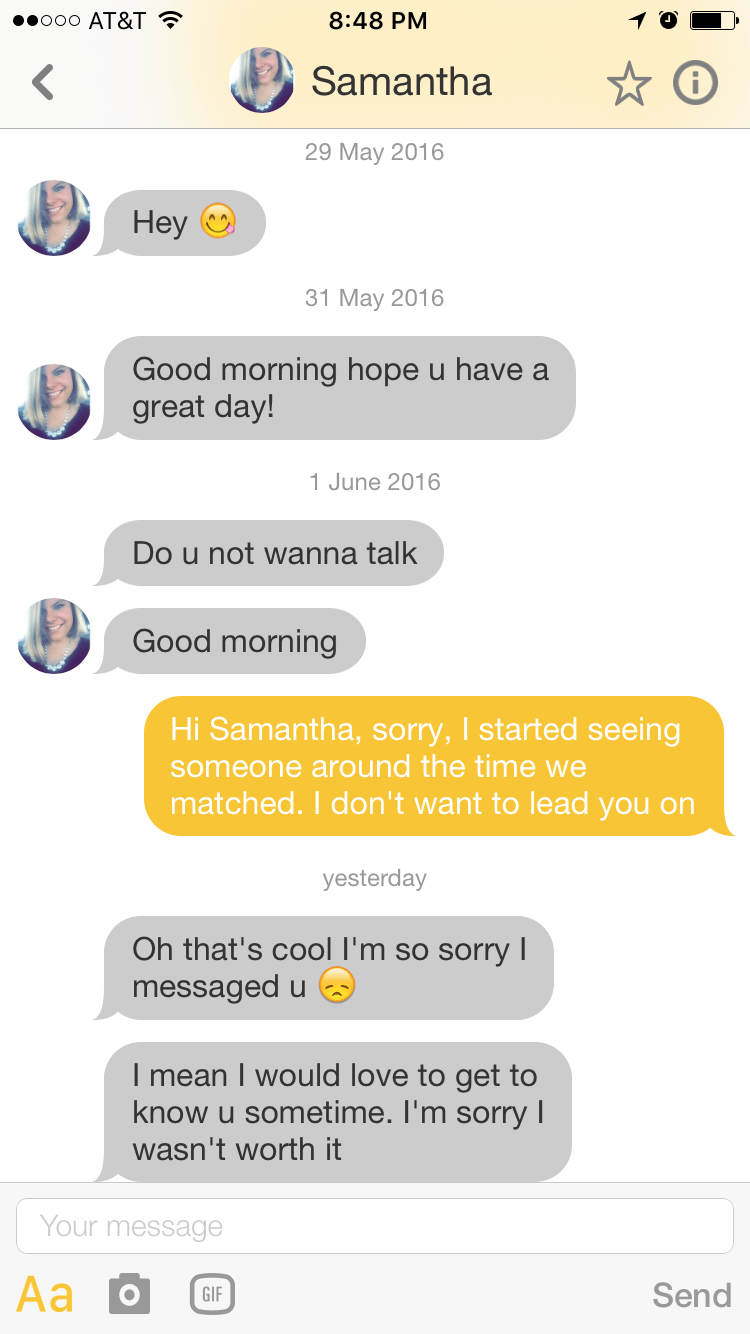 She changed her tone real quick and wasn’t ashamed to call him nsulting names. 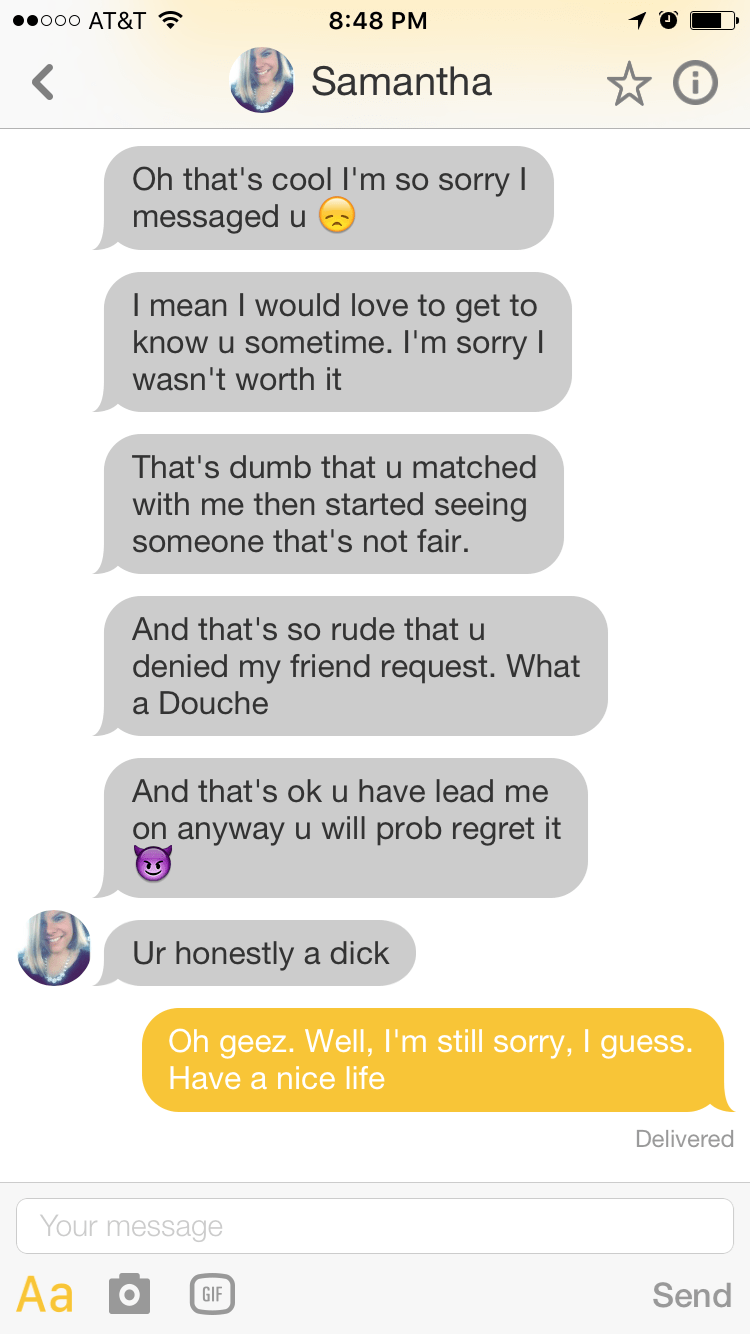 If she knows she isn’t worth it, why doesn’t she just dissapear? 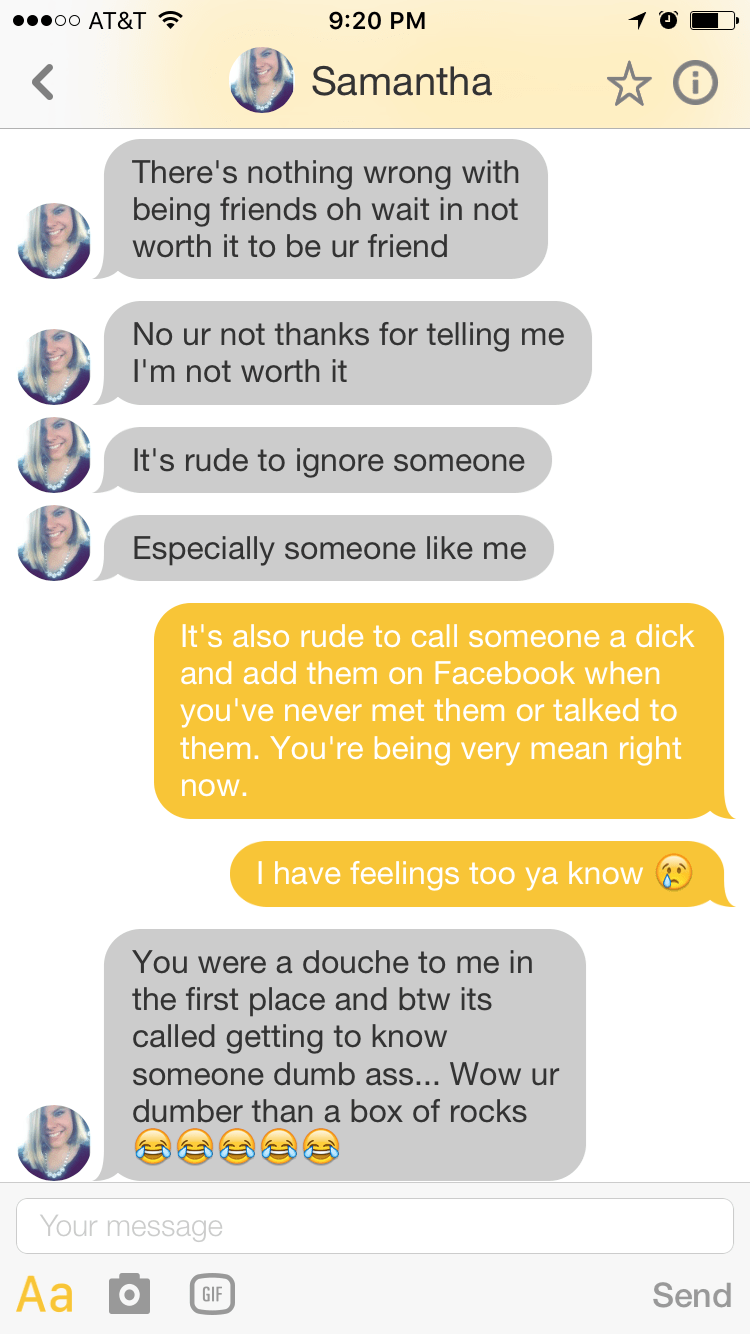 She is really confusing me now. What does she really think about herself? 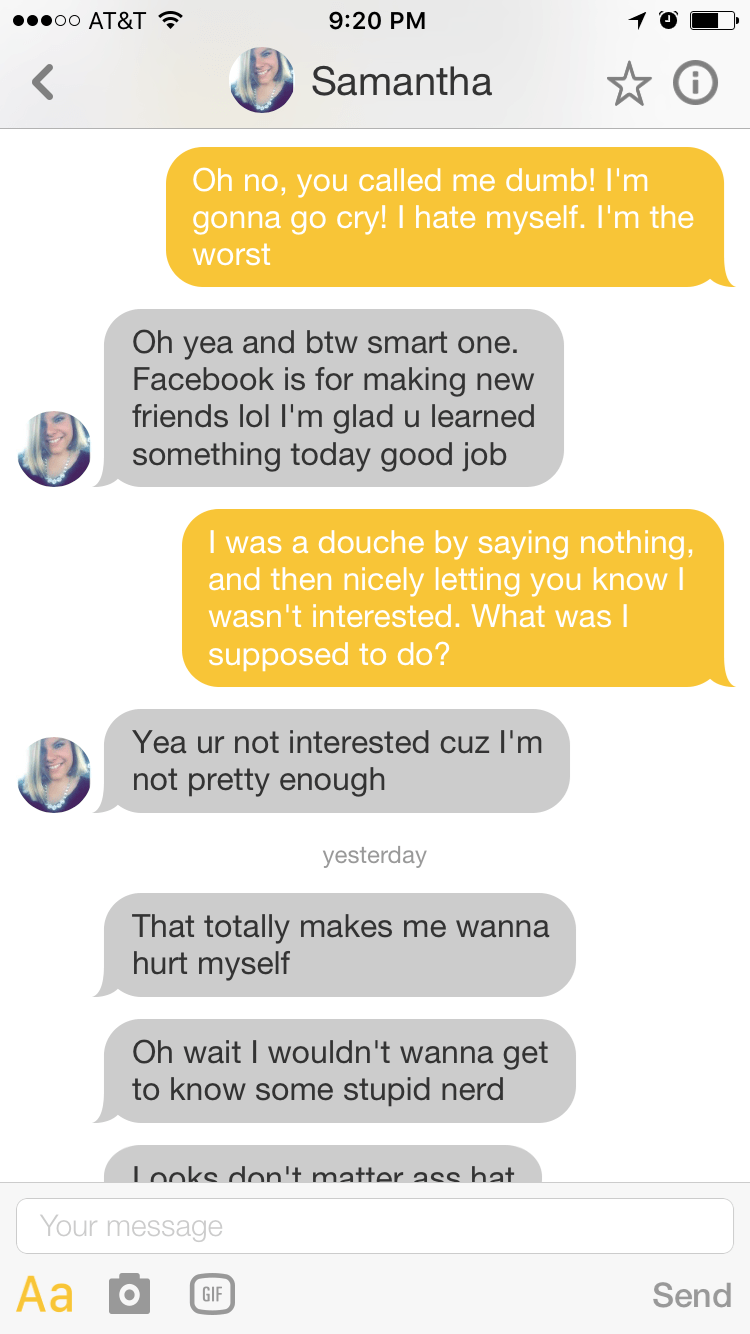 And now she has moved on to insulting his current partner. Great move in my opinion. 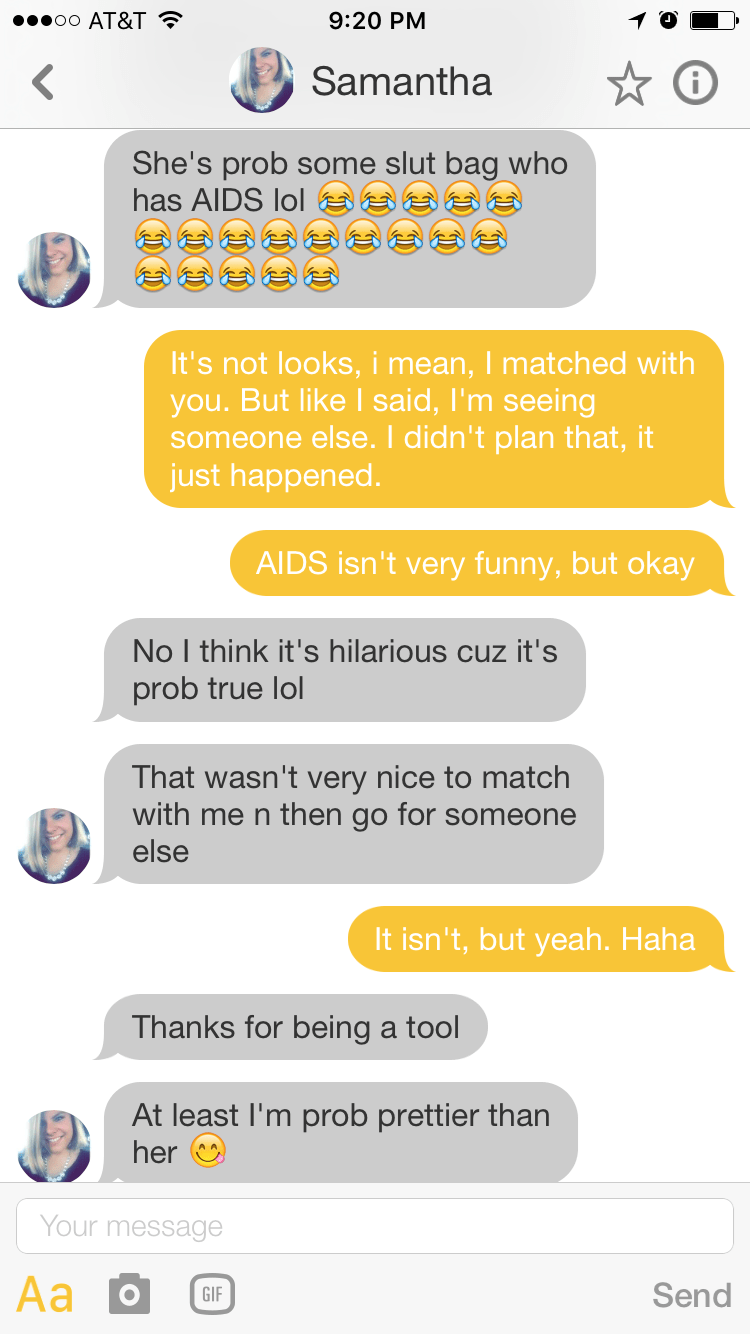 He is dumb for being nice to this girl? 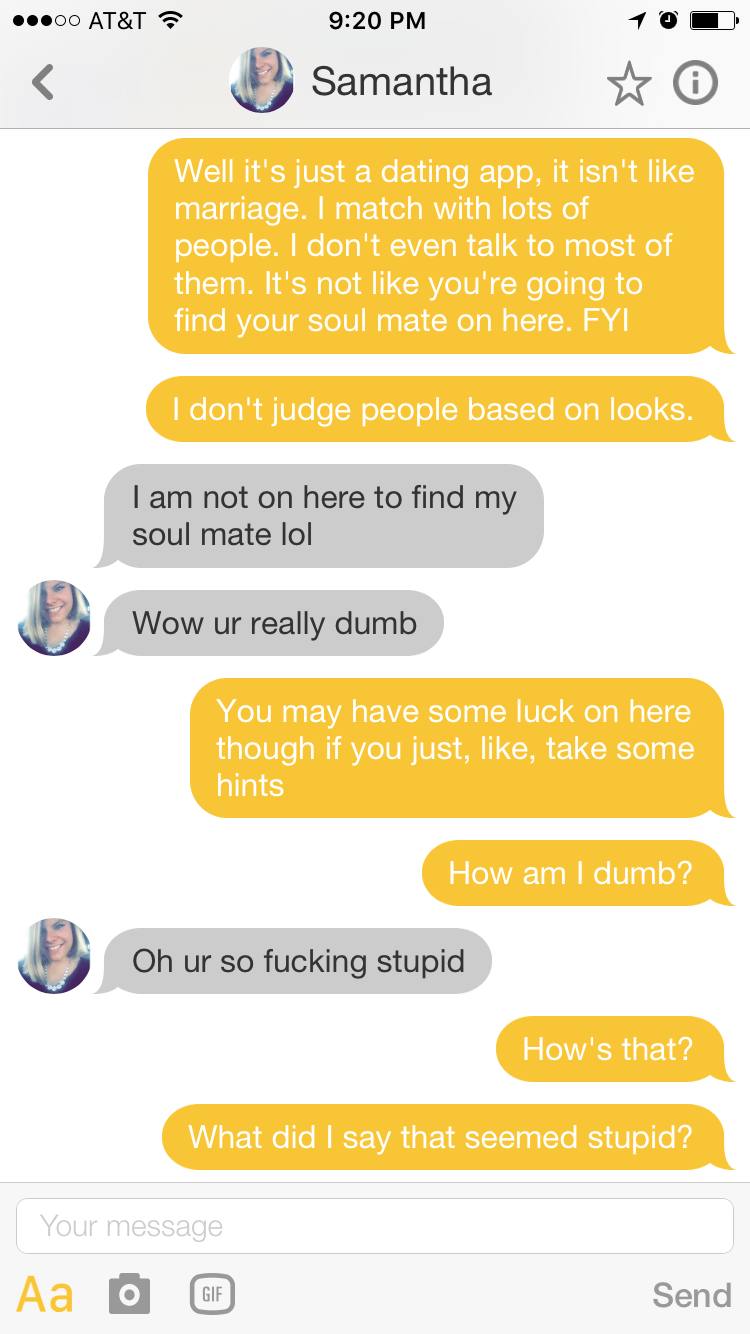 In all fairness–I don’t like being rejected either, but, there’s absolutely zero reasons to go 0-100 on anybody like this, especially on Tinder, especially when you two have never spoken before nor have you met in person.

This woman needs to go to a doctor as soon as possible. 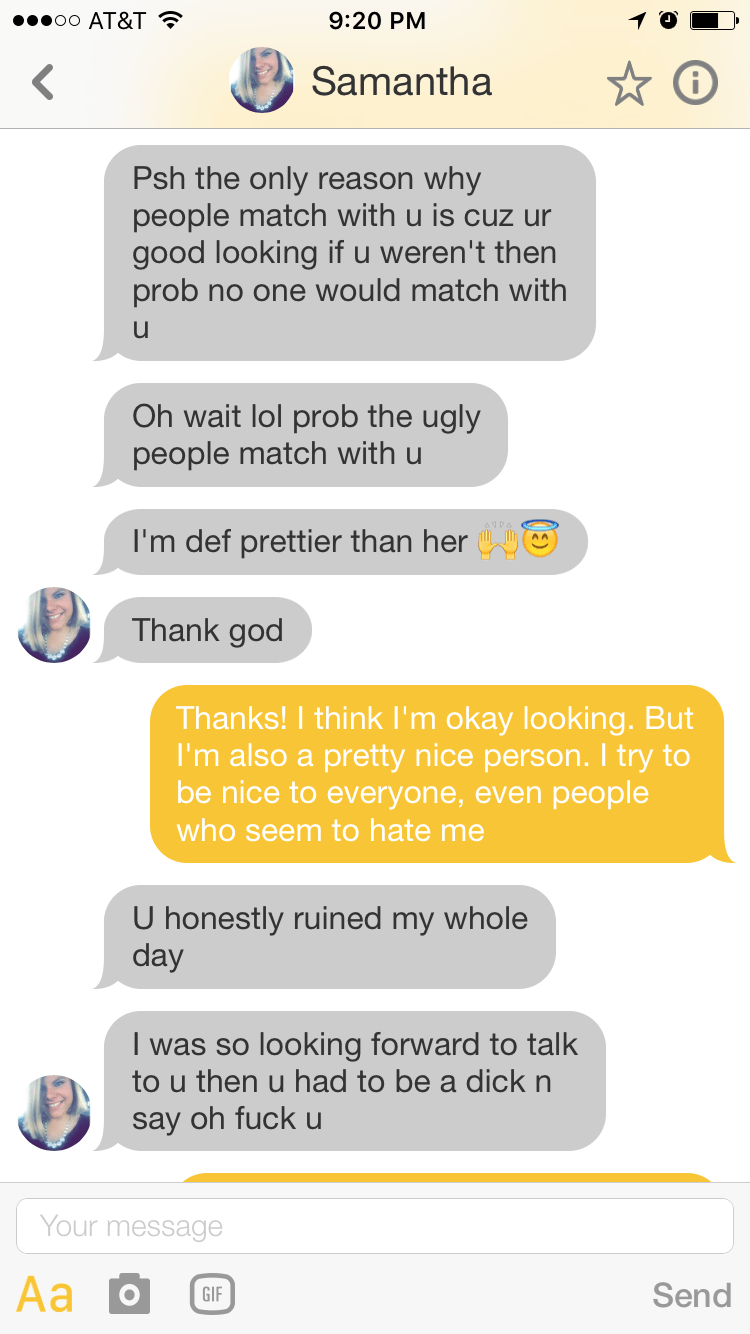 He wasn’t the one calling you names just because he was polite. 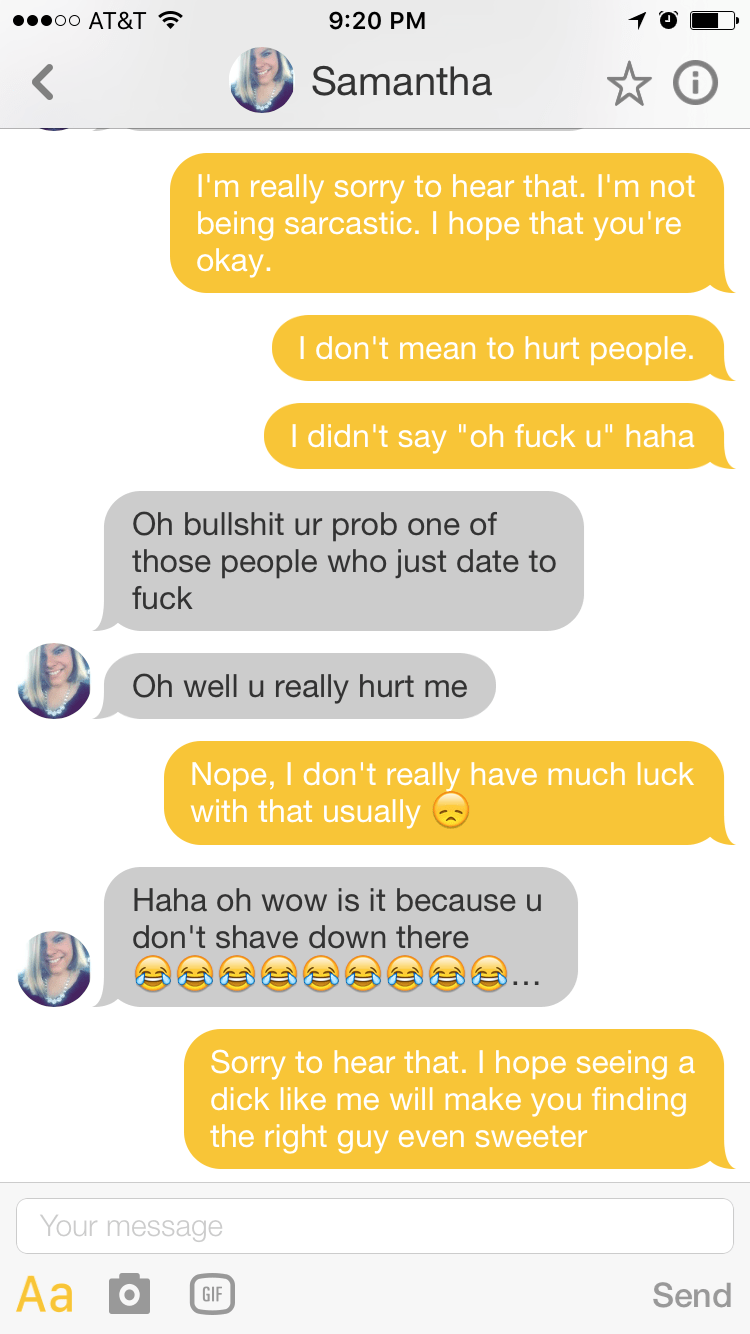 I honestly hate that emoji when used in this sort of sense. 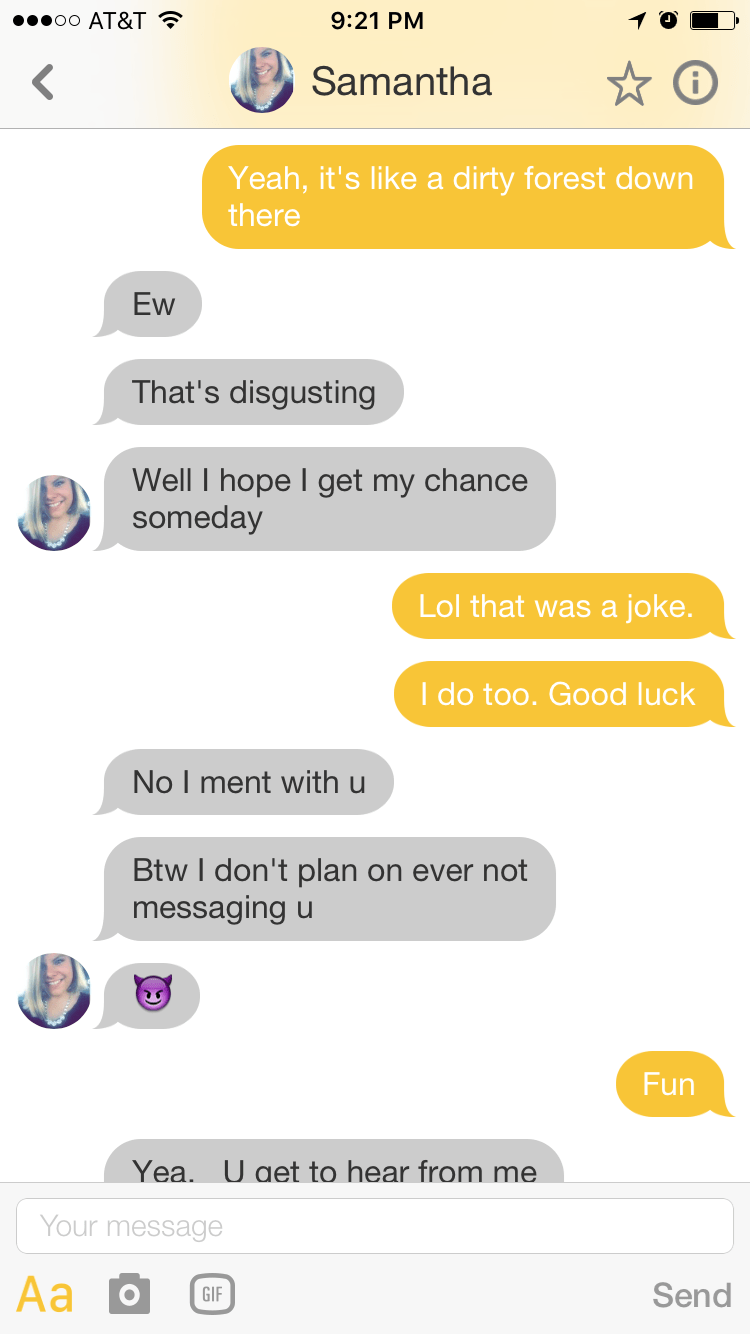 So now she is going to be stalker and a creep? Sounds like girlfriend material to me. 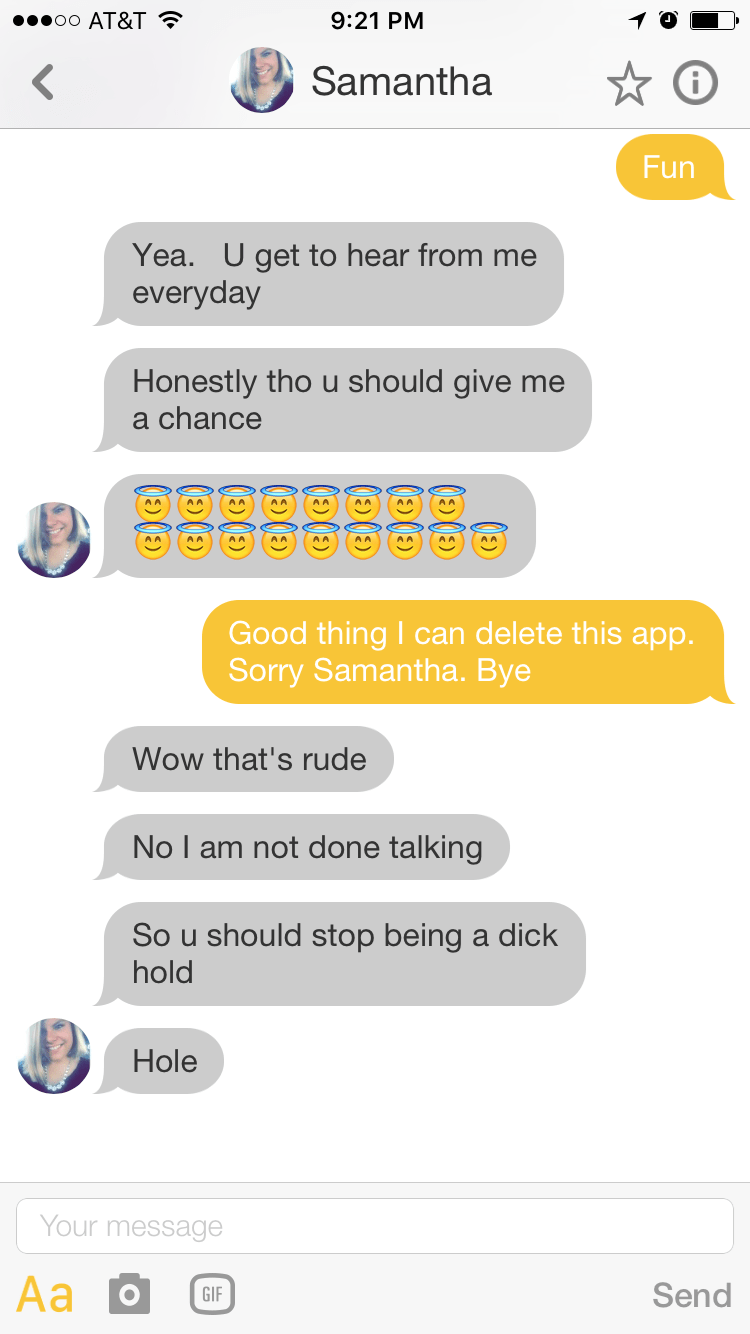 Have you ever had to deal with  person like her before? If so what was your response? Did you block them immediately? Comment down below and let us know.