Most dress codes are dumb.

I am not saying students should be allowed to come in class wearing a swimsuit but not letting girls wear tank tops in the middle of scorching heat is just weird. While I personally never had issues with the dress code since I went to a school that had a set uniform. Even a university that did have a dress code couldn’t stop me from wearing what I want. And they always left me alone.

However, I have seen so many stories where schools have odd and hypocritical dress codes especially targetting girls rather than boys. From not allowing sandals to forcing girls to change when they show a sliver of the shoulder, it really is hilarious. And the reasoning behind this? Obviously, because the other students or the teachers will have impure thoughts because you decided to wear a shirt with a small window that shows your shoulders.

Doesn’t that sound stupid? Well, it is no wonder that so many students find loopholes in these rules. As did the following girl.

And I guarantee most of the rules were just straight-up weird. 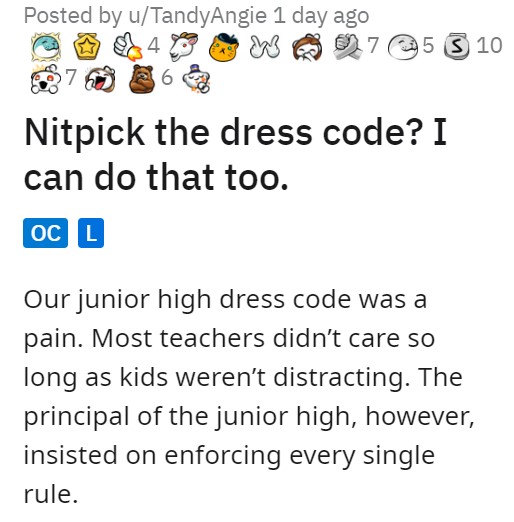 What is wrong with a tanktop? I don’t understand. She was even wearing something underneath. 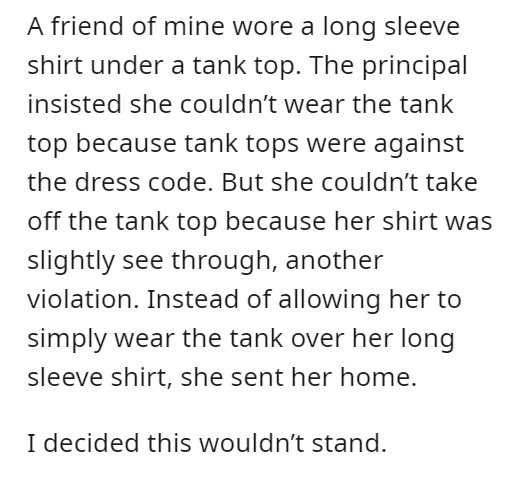 I see the making of a lawyer in this girl. 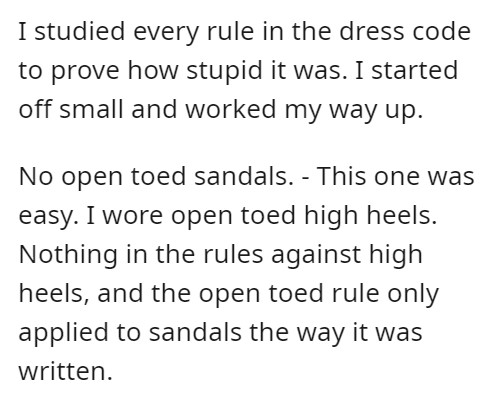 What is with the belts? If your jeans fit perfectly, you don’t need a belt. 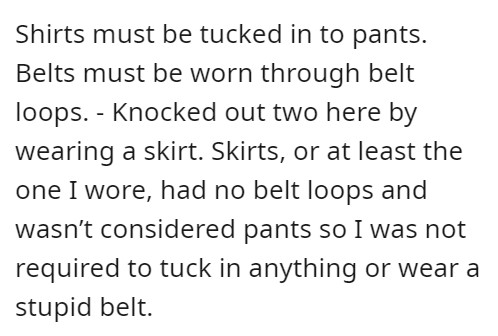 So kids are not allowed to be even a bit creative? 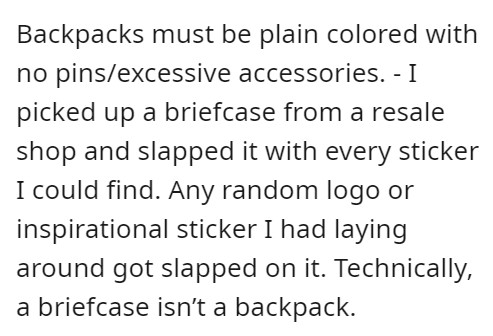 Well, that is certainly taking it to the next level. 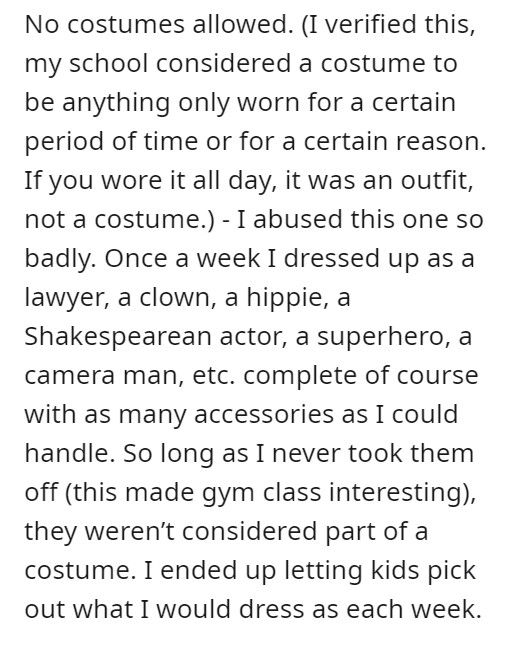 I broke this dress code when I had purple hair. Thankfully no one said anything. 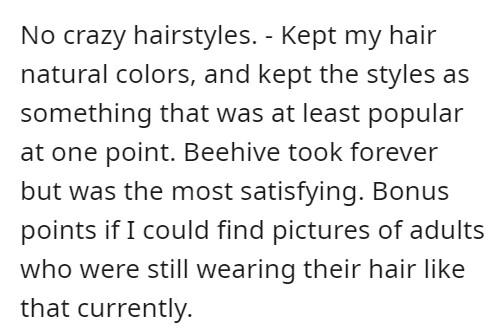 So are all kids supposed to look bland with no individuality? 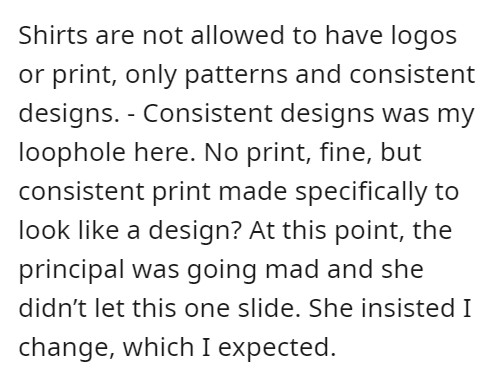 This has always been a hilarious rule since everyone is built differently. 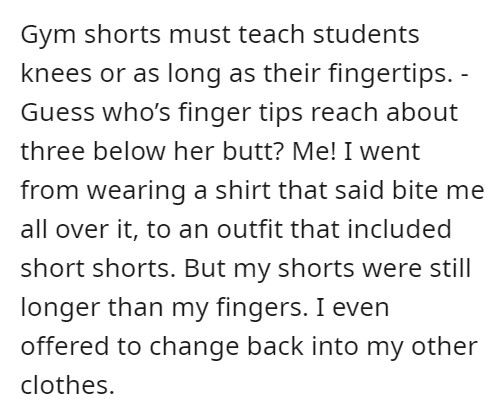 I can somewhat understand the glasses rule. You want to know where the kid is looking in class. 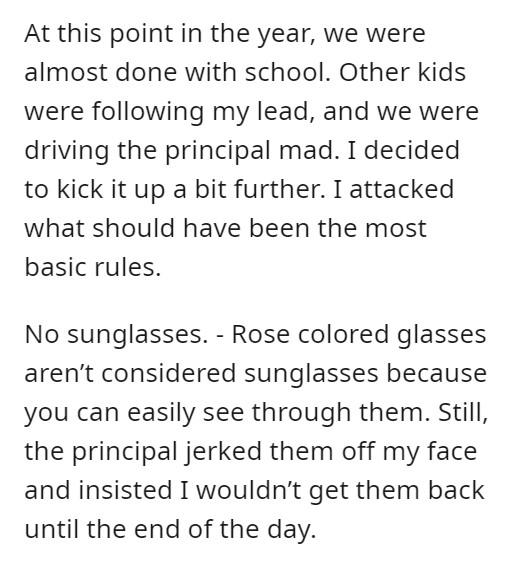 I’ve had this thought before, which seems relevant here:

How does one wear a spandex band? 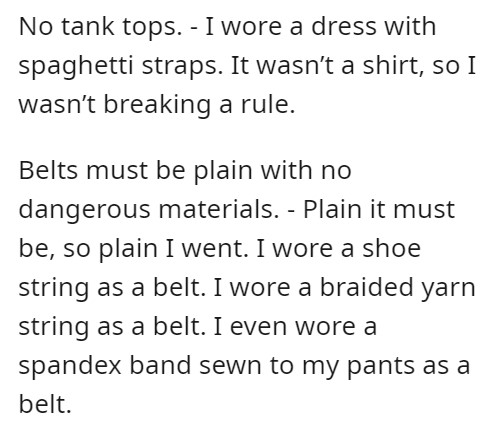 They should have specified more and I agree with this rule. Crocs can go back to where they came from.

I take back my previous statement, this is a whole new level. 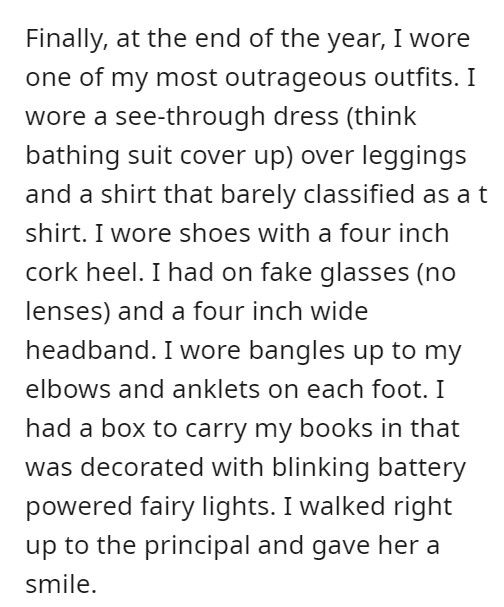 I think by this point, she was utterly broken. 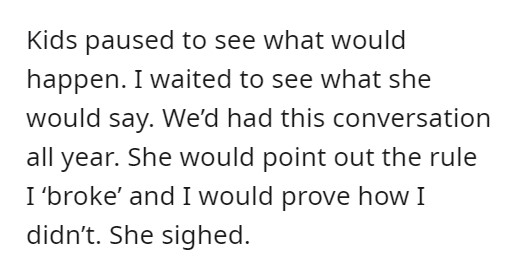 Even without the bangles, I think you were quite distracting. 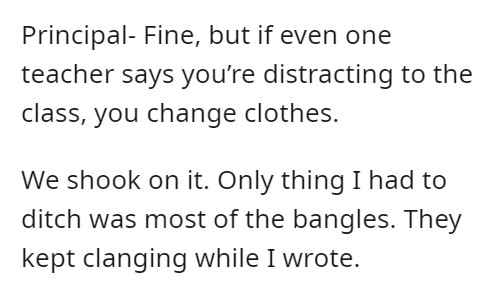 There used to be a rule of NO shorts as they were too short. At the time the style was board shorts which went down to the knee practically.

The Football team came in one day wearing cheerleader skirts. The policy was changed the next day. –Leaking_Honesty

At least the dress code got re-written and became a bit lenient. 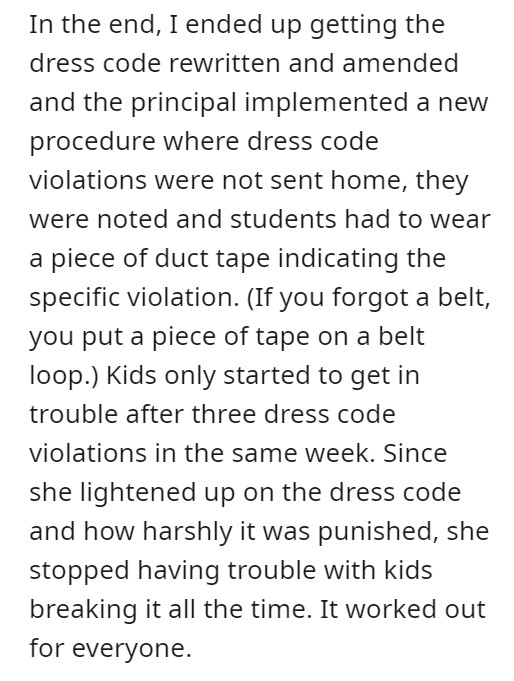 Sadly, we do not have pictures because I would have loved to see the last outfit. 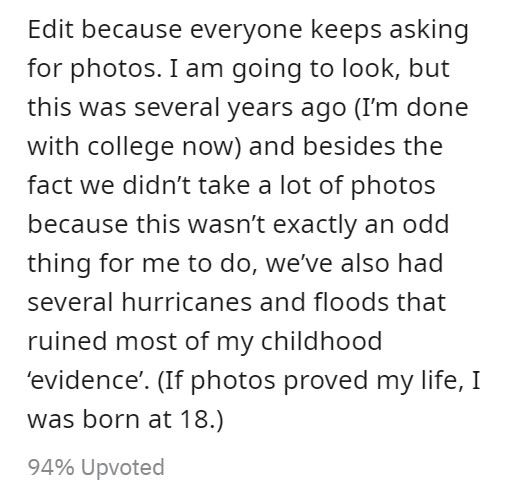 The best school dress code is:

That’s IT. It was my HS dress code, and it keeps distractions to a minimum without being draconian or punishing kids for being poor or fat.

Any adult who is “distracted” by spaghetti straps on an underage teen is a disgusting pervert. Any kid who’s “distracted” by piercings, revealing clothes, etc., needs to learn to deal with it, and they won’t if they’re forbidden from seeing it at school. –Lady_L1985