Family drama can be difficult to understand.

It is especially hectic if the parents are toxic and refuse to be held accountable for their actions. After all, parents are humans and can make mistakes. They are not gods but they should realize and apologize for whatever wrong they do. However, when they choose to continue their toxic behaviour, it can have a very negative impact on the children which shows when they finally grow up. If your children choose not to be around you when you are older, it is most probably your fault. Don’t be too strict, too disinterested, and get help if you need to. Having children is a huge responsibility and take it up fully if you have decided to have them.

This woman on Reddit shared her story of her daughter on the Internet. She does not let her daughter sleep on the same bed with her boyfriend and that has created distance between her family and her daughter, She refuses to believe she is in the wrong and asked the Internet if she was wrong for doing so. Scroll down below to read the details of the story:

The couple visits the parents on Easter but they later claimed they will be visiting less because the parents do not allow them to sleep together.

The mother thought it was ridiculous because it was her house and her rules.

The mother refused to budge so the couple said they will visit them after 3 months, which is a long time.

The couple is actually 25 and 26 years old. They aren’t really kids. But they aren’t married so the rule still applies to them.

The mother is only upset that they aren’t spending time with her.

She wants them to visit often but she also does not want to change her rules. 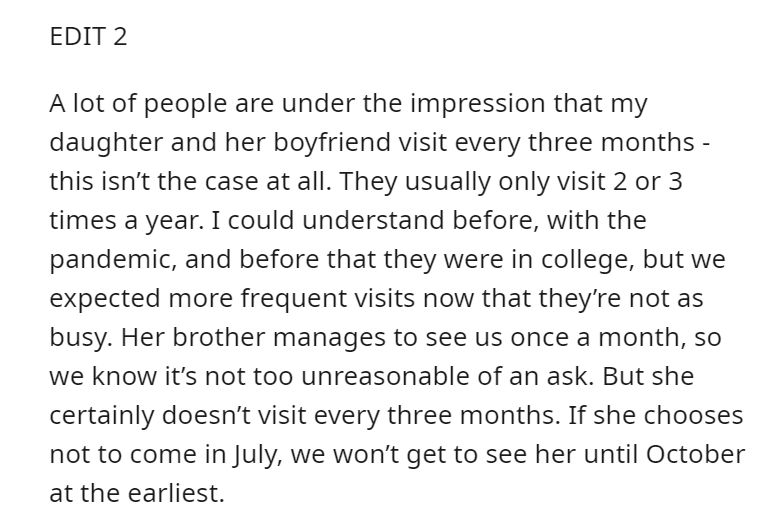 In my opinion, the mother is in the wrong. She should get with the times. She is treating her adult daughter and son-in-law as if they are children. If she wants things her way, she will have to face the consequences of her actions. After all, she will have to learn her lesson one way or another.

This is what Redditors had to say about the story: 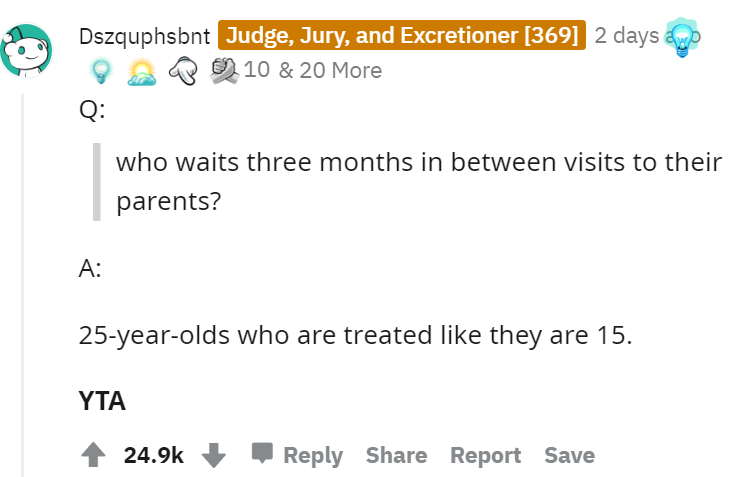 The control does not stop when you grow old.

They respect your rule so they choose not to stay with you.

That is the equivalent of being a married couple. 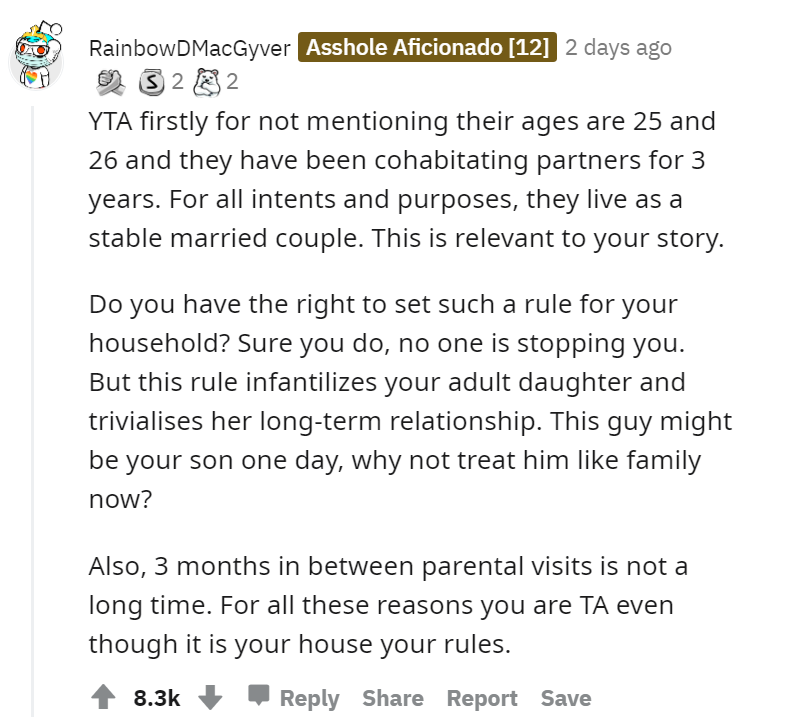 Pick your rules or your daughter. Your choice. 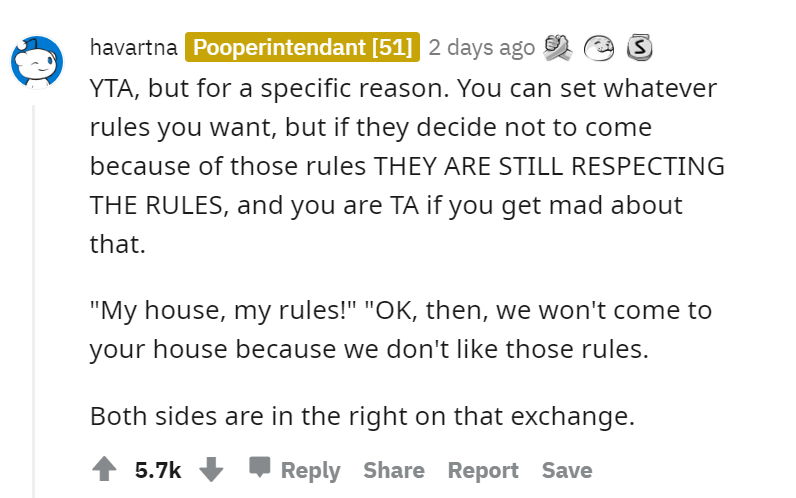 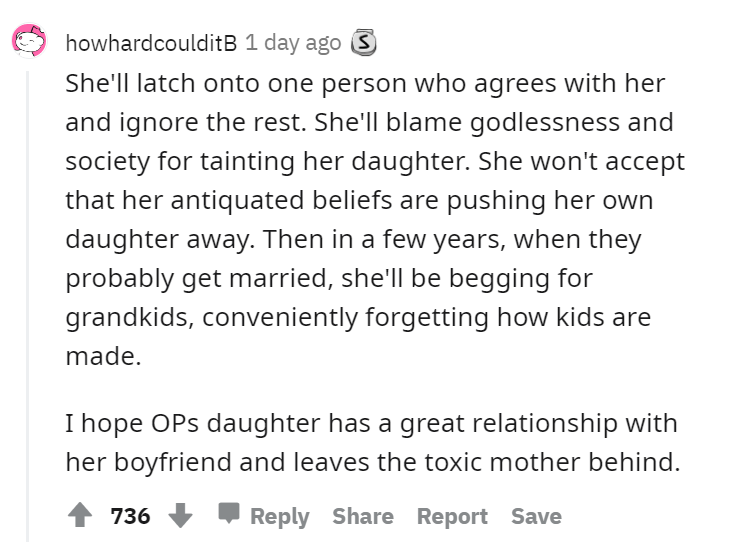 Who do you think is in the wrong here? The mother or daighter? Tell us what you think!