When a fire breaks out in the grocery store and you’re forced to stay because a grumpy Karen wants their chicken stock, it’s time to leave. The author of this thread, u/ThePathUntaken, remembers a moment when not even an actual fire could stop this man Karen from being a Karen. He posted it to Reddit’s r/EntitledPeople community. The manager ordered everyone to leave the store, but one 70-year-old man named Gerald insisted on having his seven goods rung up (questions: are individuals named Gerald and Ethel usually called that before they become senior citizens because I have never known a teenager named Gerald?).

Anyway, the Redditor rang up the merchandise while smoke filled the aisles because he didn’t want the altercation to go worse. When you sense the want to prioritize your safety over your safety in the workplace, you know there is a problem with workplace dynamics. Gerald eventually left after the Redditor asked his boss to step in. Gerald made a point of complaining about his poor customer service experience even after the manager allowed him to skip paying so he could leave with his purchases. Do you know what else falls short? having to process a customer’s purchases as a fire grows all around you. 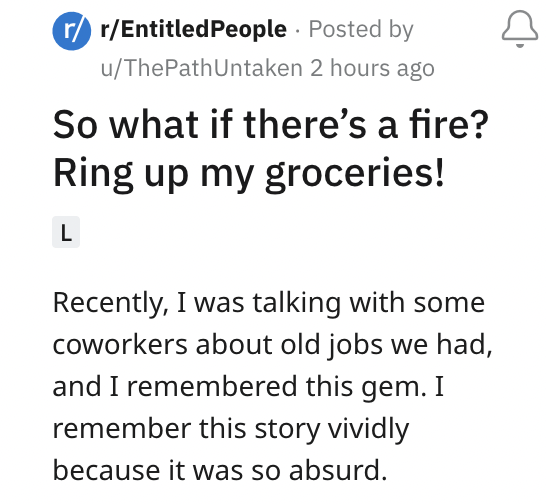 2. OP was working on a normal work day 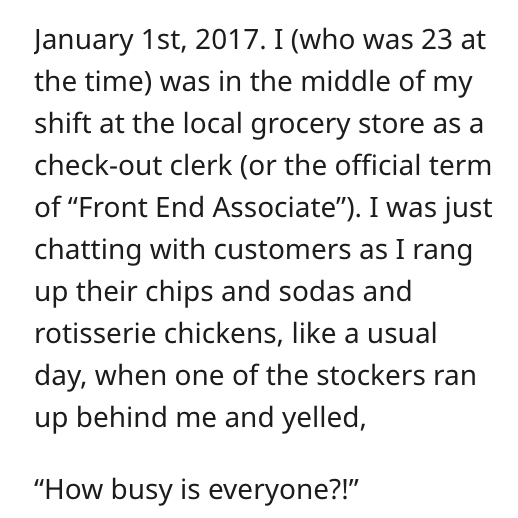 3. The stocker told that there is fire at the back of the store and everyone needs to leave once done 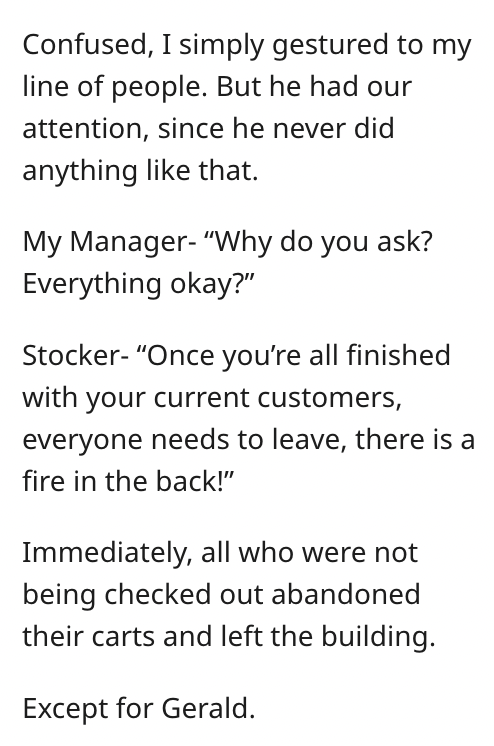 4. Gerald, a customer did not have it once asked to go as there’s a fire in the back of the store. 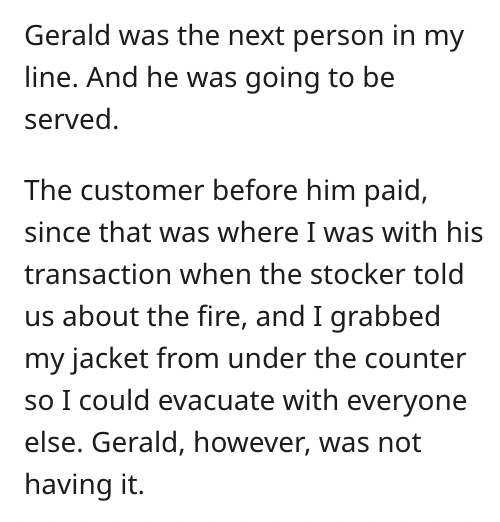 5. Gerald was adamant that the groceries must be served to him before OP leaves 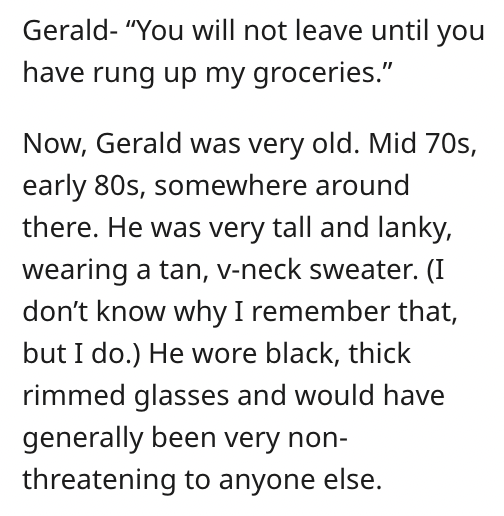 6. OP told him respectfully that there’s a fire and the place needs to be evacuated. Gerald said he don’t care and wants his items 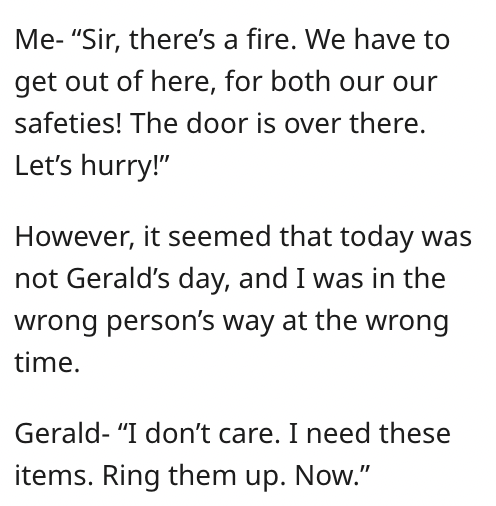 7. Gerald kept insisting and OP did not what to do. the amanger came and OP turned to her 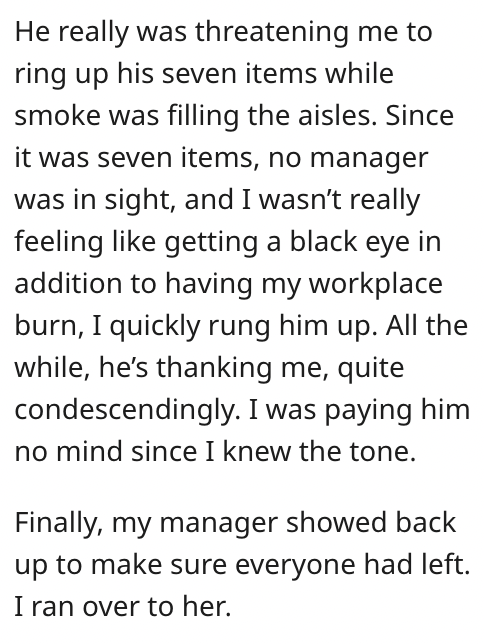 8. OP’s manager came to the rescue and asked him to leave and let her handle the situation with the Gerald guy 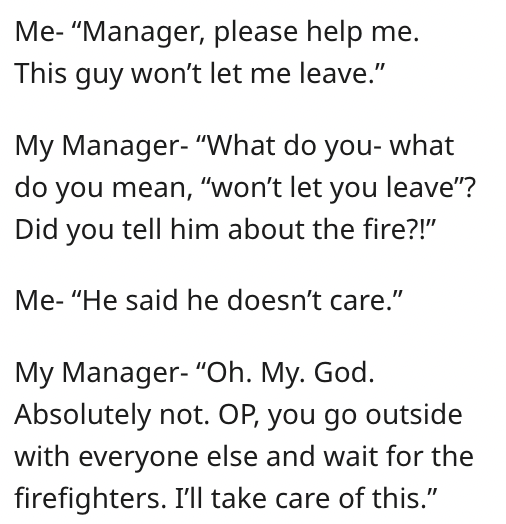 9. OP was leaving and could hear Gerald and the manager argue. The man was still not buying it which was hilarious 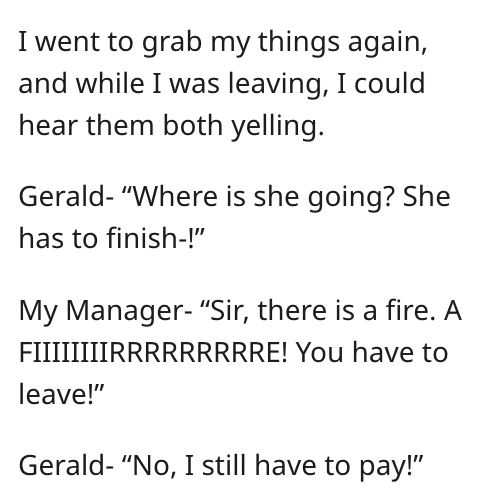 10. You will not believe what Gerald replied here 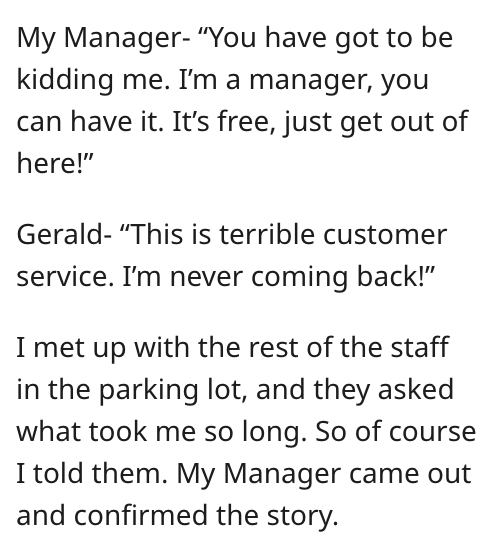 11. The fire did not cause much damage. And Gerlald was never to be seen again. 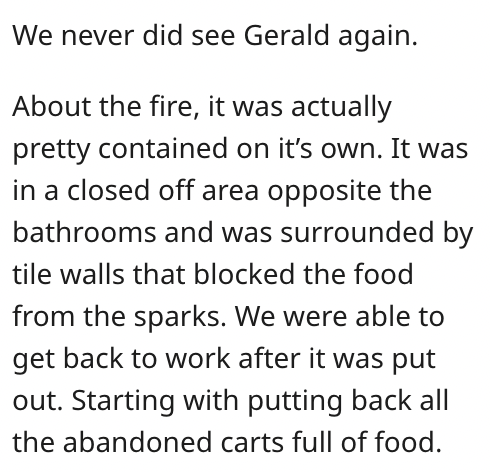 12. The cause of the fire was this 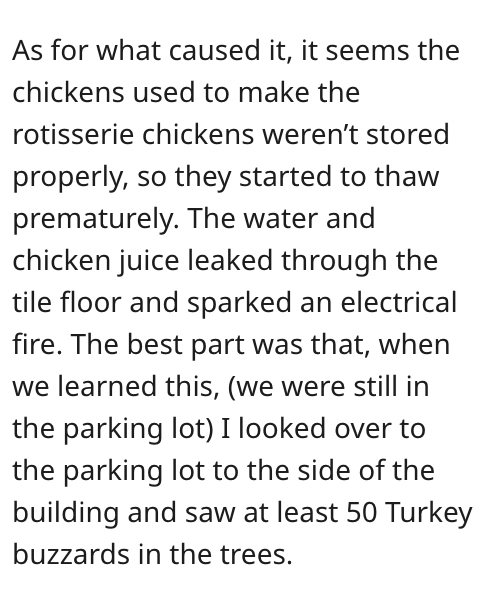 13. It was truly the weirdest way to start the year 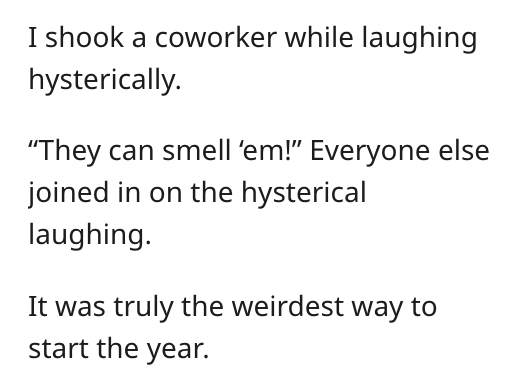 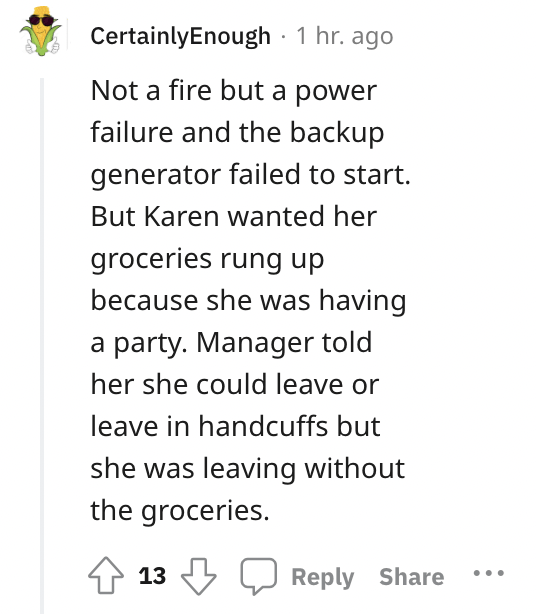 15. Terrible customer service. How could you not take the money from me when there is fire in the store and I am not leaving? 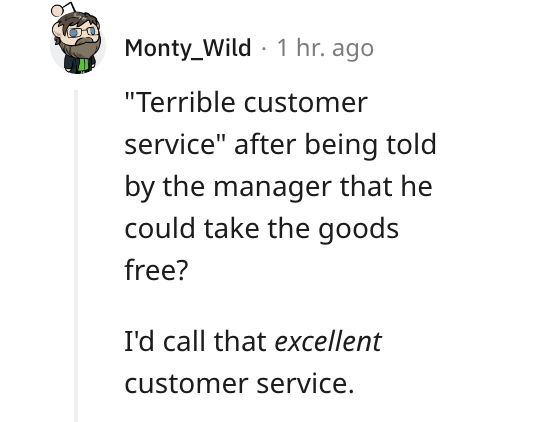 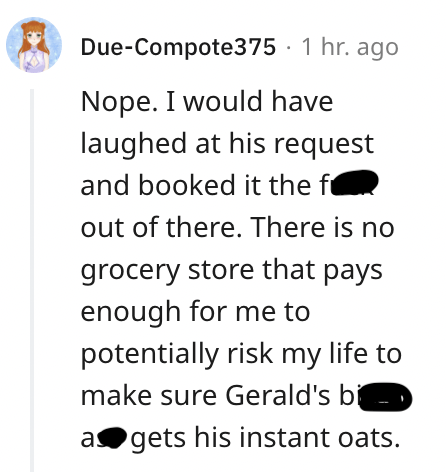 Via u/ThePathUntaken
Tell us in the comment section what you think about this hilarious story. Stay tuned if you want more stories like these.