Being parents, we always try to prepare our kids for the world outside. We teach them some codes and principles that are actually important for them to act upon in life. But they don’t listen to them every time. Most of the times, they do not understand the things that are for their own good. The lessons we teach them, are most of the times, used against us for their deeds to be justified, leaving us in awe. We have collected some stories from reddit parents where the lessons from them to their children totally backfired on them.

“I told my daughter that one shouldn’t whine to get something. Being argumentative and logical is the right thing. Ang guess what? Now I have a lawyer in this house.”

“My boss’s child took the advice of ‘not talking with mouth full’ and turned it into ‘spitting food and then talking’. How are children so good with malicious compliance?”

“We put a parental control on our teenager son by turning off the internet at night when he used to do stuff that made him flunk at school. Turn out, he was a geek at tech; he managed to use internet despite being restricted. We, unfortunately, did not have it in those hours.” 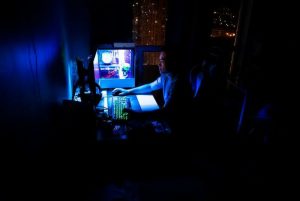 “I was listening to a conversation between my friend’s 10 year old daughter and her. I started laughing when she actually shouted ‘testicles’ as my friend told her to shout it and kick in the balls when someone tries to grab her.”

“This one time my dad made a rule for all my siblings that every one should the whole food on their plate. My younger sibling took a few bites and left the other portion saying that he can not eat more. My Dad did not buy it and enforced him to eat the leftover. He did but he vomited on the table after finishing the food. After that day, my Dad never asked anybody to act upon that rule.” 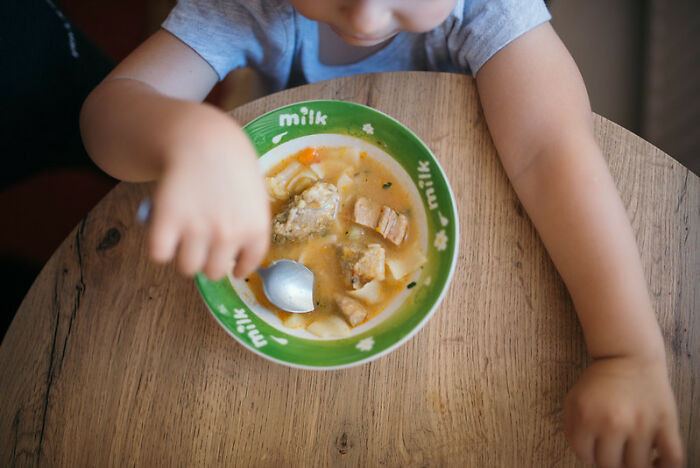 “My children were told that any mess on the bedroom floor will be given to thrift stores; basically thrown out of house. They managed to clean the floor but put their disliked food their instead of the previous mess.”

“I told my daughter to protest verbally if someone is doing something she doesn’t like. If they still not hear, punch their nose. turns out, she broke my husbands’ brother nose as he was pushing her back and forth in the pool after she said no.”

“When I asked my 8 year old son to search harmful effects of gaming on children, he came back with the results that he now needs gaming glasses and gaming chair. I am baffled.”

“I always used to say to my children that life isn’t always fair. I didn’t know that while playing Tic-Tac-Toe with my youngest daughter, she would cheat and when I will tell her that I don’t wanna play she’ll reply with, ‘Life isn’t fair, mum.”‘ 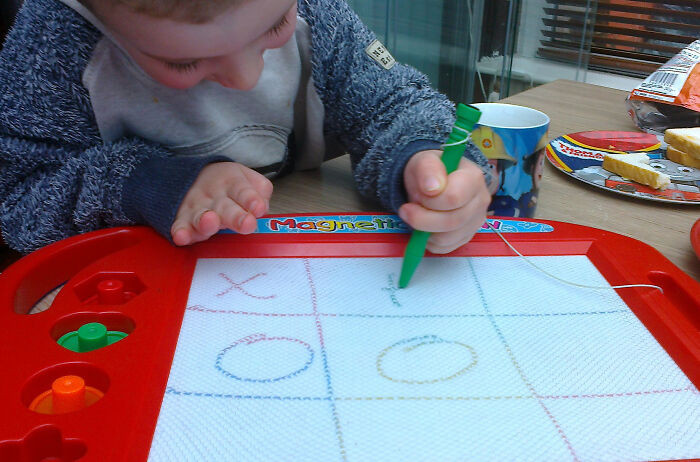 “My parents told my sister if she found a horse for free, she could have it. She was an industrious 8 yr old and found a free lease in the paper. She managed to call and sound adult enough to truck the barn into thinking this was a great idea. A trailer pulled up a few days later and unloaded a horse in the yard. Shocked the hell out of mom. And that started 20 years of horse ownership.”

“My sister won $500, she gave her kids lottery tickets and as she tried to tell her kids that you always lose in gambling, it just happened” 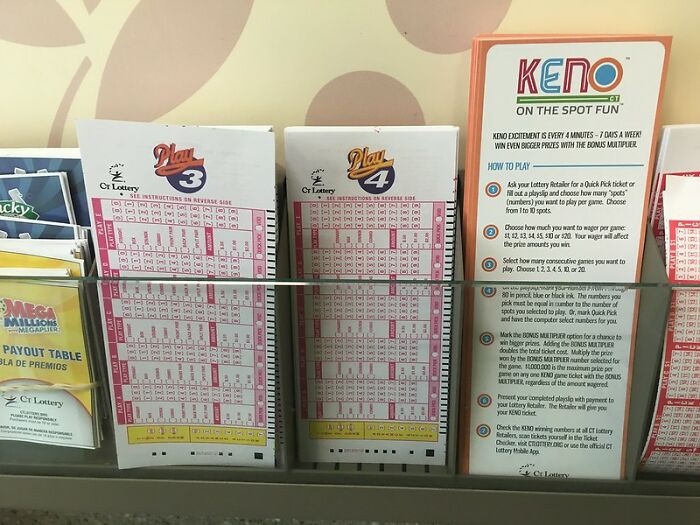 “My wife and me started this thing where we would use code words for certain plans to not get the kids’ hopes very high. But now, they know all the code words and we are struggling to find which is which”

“My dad made me smoke the whole pack of cigarettes when he found I smoked one. He did it to made he hate smoking, but I started hanging out with smoker gangs and smoke till age 37.”

“We told our kids that a swear jar will make us donate all money to the animal shelter. Next moment both of our children start running to the rooms by saying, s**t and f**k to collect money.”

“My parents made this rule where I was paid to clean the house chores. I kept using the guest bathroom and get paid for it daily, 1.50 bucks. After some days, I even let neighborhood kids clean it by saying them 1 buck and getting my cut. All was cool before parents found out.”

“I told my daughter to compliment people who scold you. When ehr won grandmother scolded her for not doing something right, she weirdly complimented her teeth being ‘pretty-yellow.'”

“My family and I were out for a gathering and my parents taught me to cry for help when you see a strange man. i wandered off and got away from my dad. An officer tried to grab me and I shouted, “Police! This is not my father.” I did not know what a policeman looked like, so”

“We taught our children that it isn’t nice to litter. Unfortunately, they also learnt some foul language from us. When someone in the park littered, my 4 year old son called him an a*sehole and asked him to pick it up.”

“I told my 4 year old son that we need sleep as we need to be recharged as his iPad. One day he suddenly said I wanna go to sleep, when I asked him why is he suddenly tired, he told he he doesn’t wanna die”

“When I told my little sister that she should not write her name on the walls, basically playing the role of a second parent. She started drawing patterns and carved my name on the desk.” 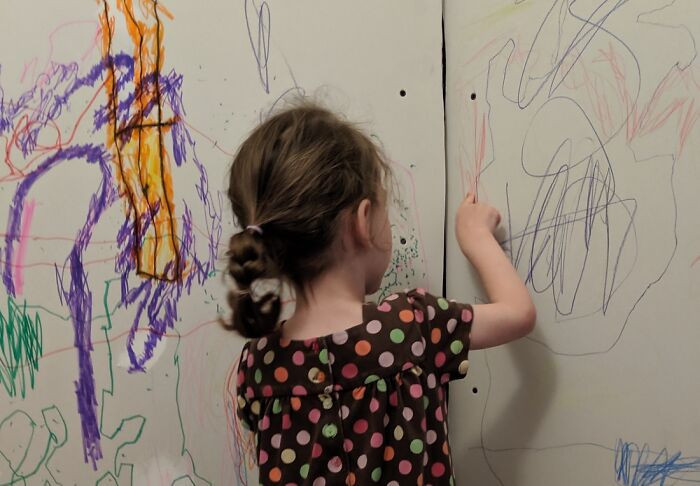 “We told one of our 5 year old twin sister that she would get a prize if she didn’t pee when she caught up herself doing things. turn out, the other started peeing as an accident so that she gets the prize rule.” 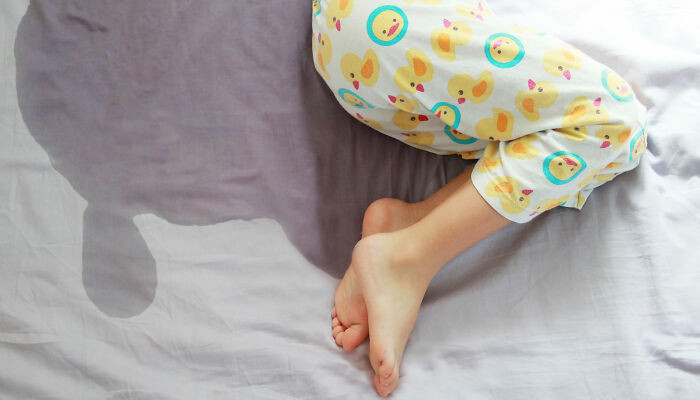 “Since we taught our kids to be content with themselves and learn how to be alone, they have stopped going out and never tell us if anything bad happens to them. They are grown ups now.”

I told my kids that they could have a pet if they kept their room clean for six months. My youngest one started sleeping in the hallway to not get his room dirty, even a bit. ” 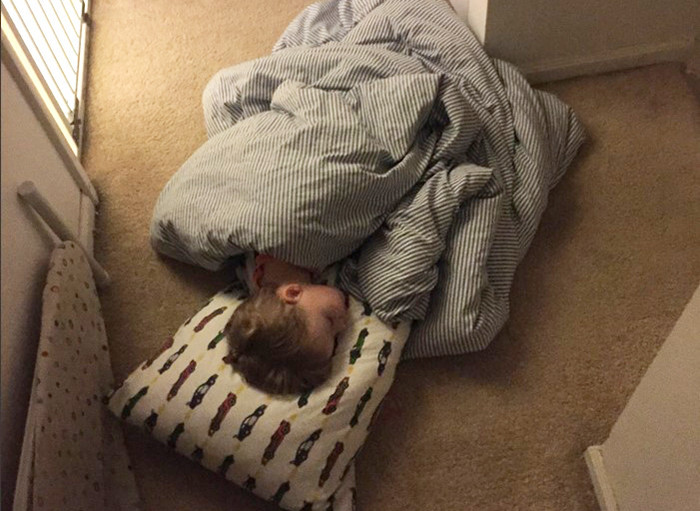 “I used to teach my children that they should stand up for something they believe is wrong. When my aunt told them that siders are only leggy friends, by taking the children into bathroom to witness the huge spider, which actually bit her and she started screaming. Now my children stood up as they wanted to declare that spiders ar not their friends”

“When my 3-4 year old son asked me how babies are born, I gave him an appropriate answer to which his reaction surprised me. He said NO is a very unsatisfying voice, as he completely did not believe what I said and went away. I was sitting there thinking what just happened”

“I told my kids that if they do not behave nicely, they will get coal in Christmas which is only a rock to light fire. Now they are waiting for Christmas and coal.”

“My sister taught my nephew to break kictehn apoliances’ name into syllabus for coneveibce by saying “it’s mi-cro-wave.” to which he loudly replied “It’s your crow wave!” and I was laughing”

“my aunt and uncle taught their kids to be respectable to others and call them Mr. and Mrs. instead of their names and started practicing it on themselves. In the middle of the night, one day the son said ‘Mr. Lannuccilli!’ instead of Dad in his sleep.”

“I told my son to always question the authority and not be submissive but I forgot I was one. Now I am regretting.” 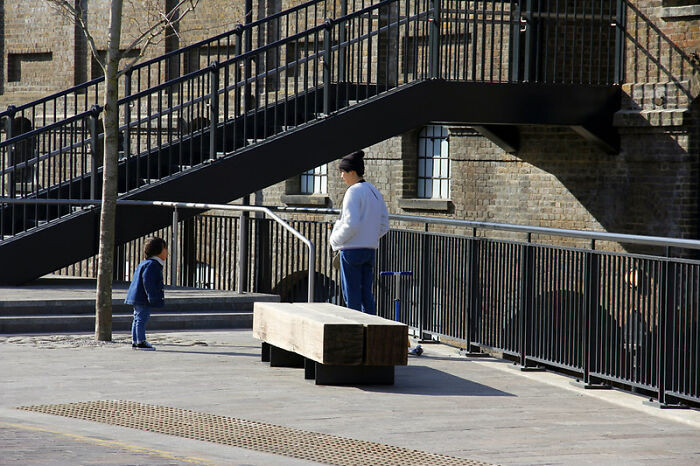 “When my wife taught my daughter the concept of heaven, she straight away told her in the face that she is lying. as one can not be in heaven and a cemetery at the same time.” 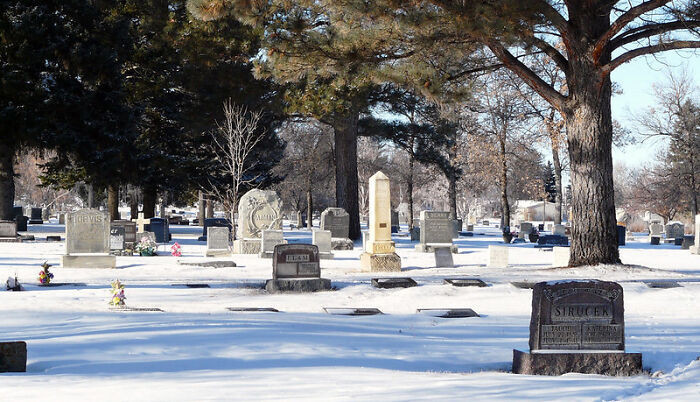 My parents once taught me when I was 5 that I should call 911 when I saw somebody doing something illegal. One day I was watching The Wiggles Movies and I called cops because the clown in the movie stole a cake.”

“When my daughter was young I was trying to teach her the value of money. I started her giving allowance because she did her chores. She accepted the money happily and put the money in her money jar. Later when I was taking her to to her room for sleeping she just went to the money jar and pulled 2$ and gave it to me saying that it is for being a great daddy.”

I was teaching my 3 years old kid the meaning of traffic lights. He learnt them quickly but it made me question my driving behavior.”

“When I was 12 my father suspected I used to lay video games up late. One night he came into my room to tell me I can not play Game Boy Advance. Since then, I knew I can, suffering from insomnia since that night.” 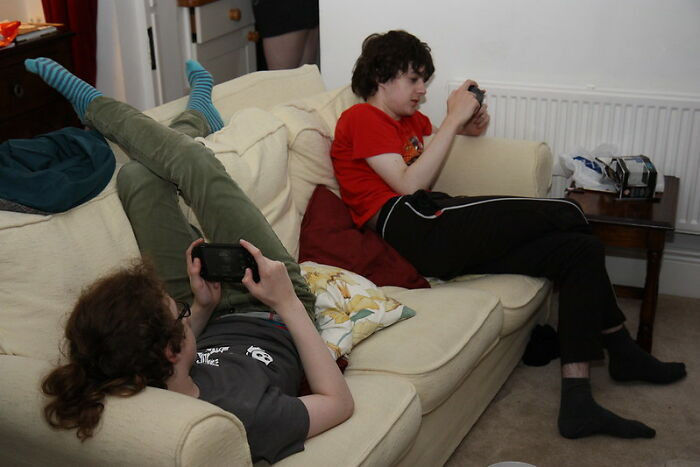 “When I was 16 years old, once my dad told me that you need to stop treating me and your mother like we are your friends. The next day I got a friend request from my parents and I declined both of the requests. When my dad came to home after work he said did you know that your mother and I made Facebook accounts I said yes then he said why didn’t you accepted her friend request I said because yesterday you just said me we are your parents not your friends. My dad just looked at me quietly and looked at my mom and said, Yeah, I said it he’s not wrong.” 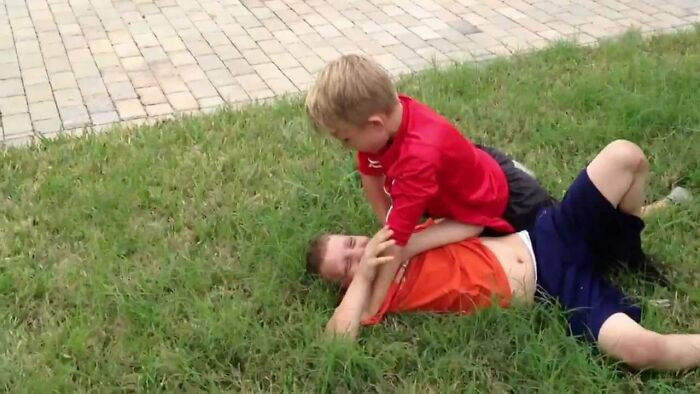 I told my daughter, that we want to grow the plants we eat when she asked me why do we need rain. I did the same for veggies and told her she needs them to grow up. She kept eating a lot of vegetables that was awesome, but now whenever I eat she tells me to stop as I am already grown UP

These were some awesome stories that would gave definitely nade you laugh. Children can really be complying many a times and you can not do anything about it. Have you ever done this to your parents? I bet we all have had. Stay tuned for more fun content.