We should respect other people’s choices.

A wedding is a very special event. When you finally decide to get married, you want your wedding day to be just perfect. You pay a lot of money for decor, food, wedding clothes. You’ve been planning your wedding for a really long time and you don’t want anything to ruin it. People want their wedding to be in line with their beliefs and interests. If you’re a meat lover, you want the most delicious meat meals on your wedding so the guests can enjoy themselves too. If you are a vegan, you don’t want your wedding to have meat because it goes against your beliefs, and that is completely normal. The guests should respect that because it is your big day, it isn’t about them.

This woman on Reddit shared her story about her uncle who kept asking her to change her wedding’s menu because he couldn’t bear eating vegan food. She refused to provide him with meat, and her aunt made a big deal out of it. Read the whole story down below:

The couple is vegan, and they decided to serve vegan food at their wedding. For people with specific dietary requirements, they were ready to cater to them separately. 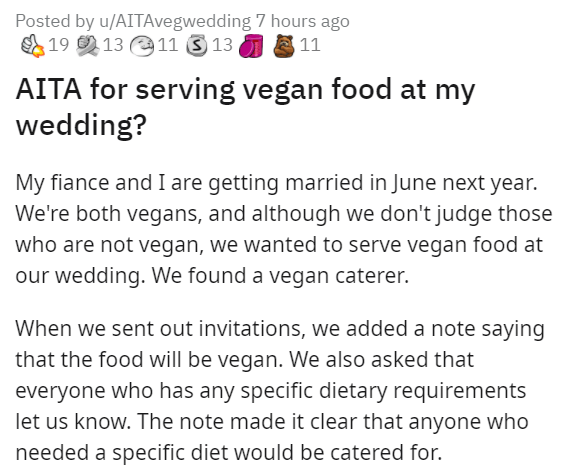 Her uncle doesn’t like vegan food, so her aunt asked her to change the menu because it was against their “culture.” 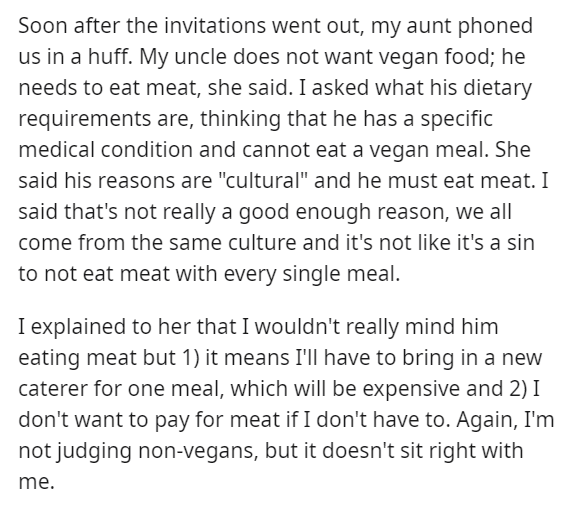 They catered to the people who had actual problems regarding their diet but refused to change the menu just because the uncle didn’t like it. 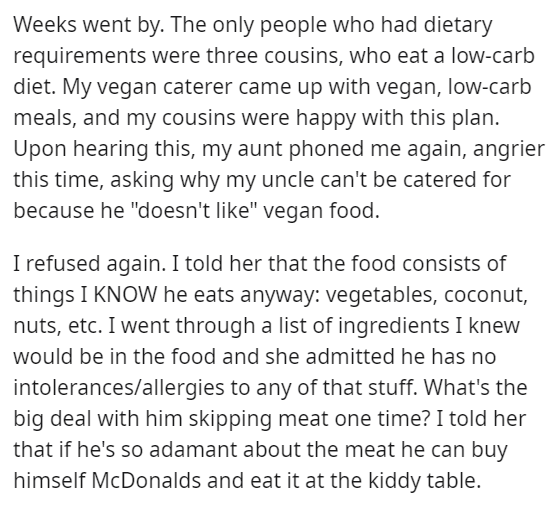 Her aunt created quite a scene in the family, and the woman asked if she was wrong in this situation. 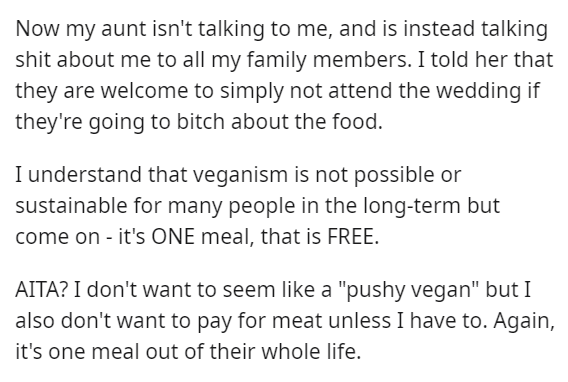 In my opinion, the uncle and aunt are just plain selfish. It is their niece’s big day and they should respect her choices and beliefs. The world does not revolve around you, and you won’t die if you aren’t fed meat at one event in your life. It really isn’t that hard to be respectful towards other people’s beliefs and let them have their moment. But I guess there will always be a member of the family who is ready to ruin everything just because things aren’t going as they want them to go.

Everyone took the woman’s side, and rightfully so.

Someone said her comment was mean, but her rage was justified.

Is it that hard to skip meat for one meal?

This is their wedding, so it is their choice. 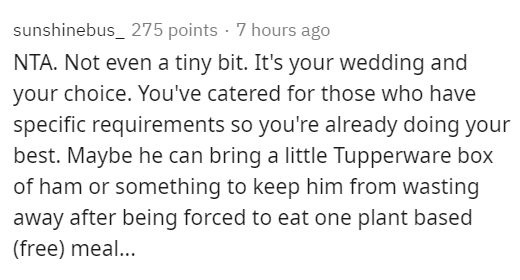 This really shouldn’t have been so complicated. 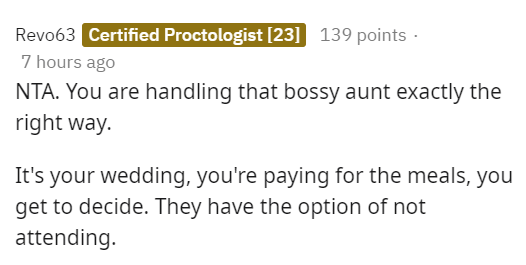 Who do you think is in the wrong here? Did the woman handle the situation correctly? Share your opinions with us in the comments below.