Although if you ask most parents, that is what they would say. I understand being worried about your children. After all, you never know what they could be doing behind closed doors. However, if you don’t trust them enough to allow them to have closed doors, don’t you think you have failed as a parent?

While I never even knew the meaning of privacy because where we live, it is not usually expected for a child to have any sort of privacy but it would have been nice to have some. Just because a child wants privacy doesn’t mean they are doing something wrong or are hiding something. However, many parents just can’t understand this simple fact.

Well, they learn the hard way when they see their children in precarious situations just because they didn’t knock before entering.

#1 I mean that is a very great way to communicate what you want. 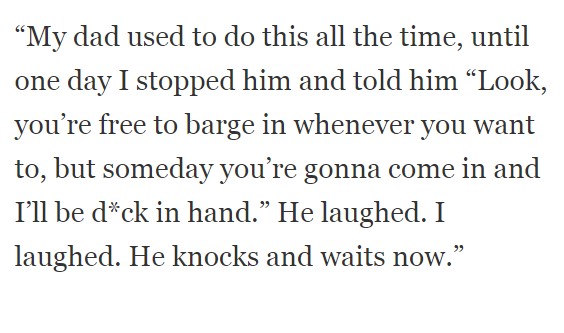 #2 I wasn’t used to knocking either so I did once walk in on someone. 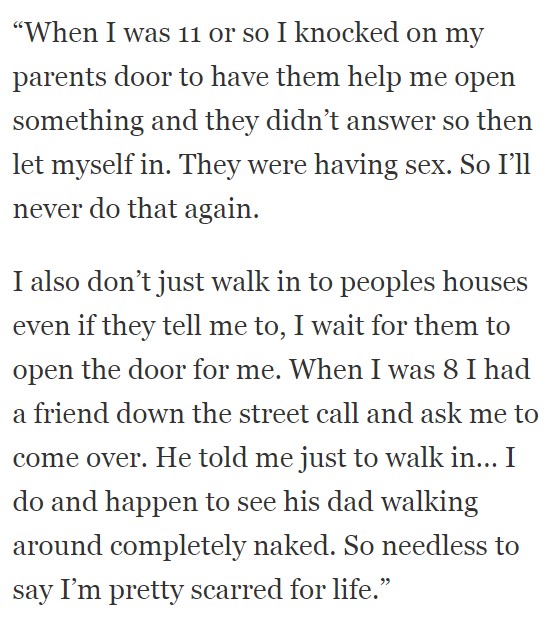 While they were in the middle of putting on their pants. Let’s just say that scarred my tiny human brain.

#3 Well, It isn’t any of your mother’s business what you do with your body hair. 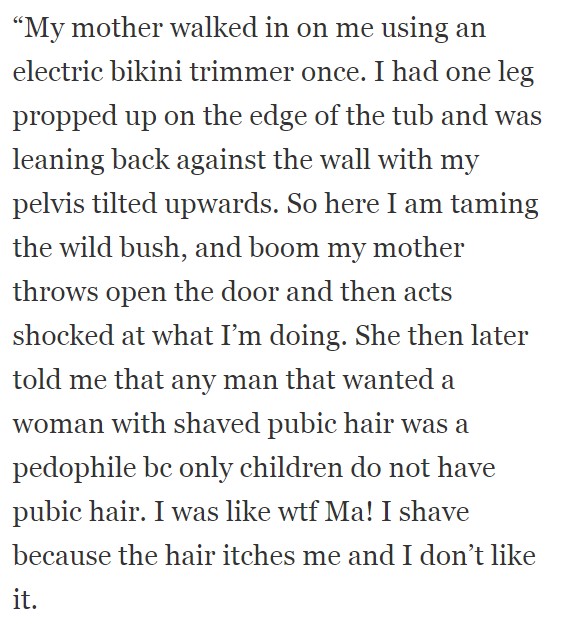 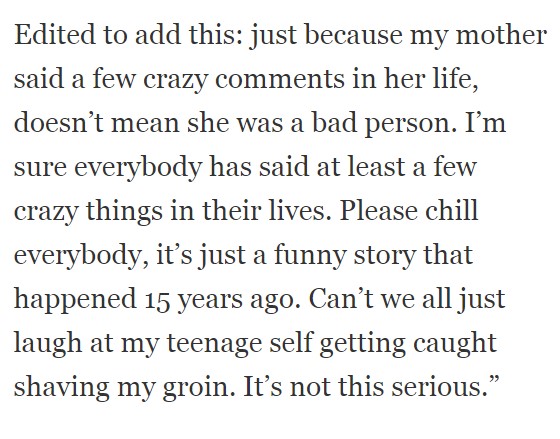 #4 Why would an in-law do this? That is pretty rude. 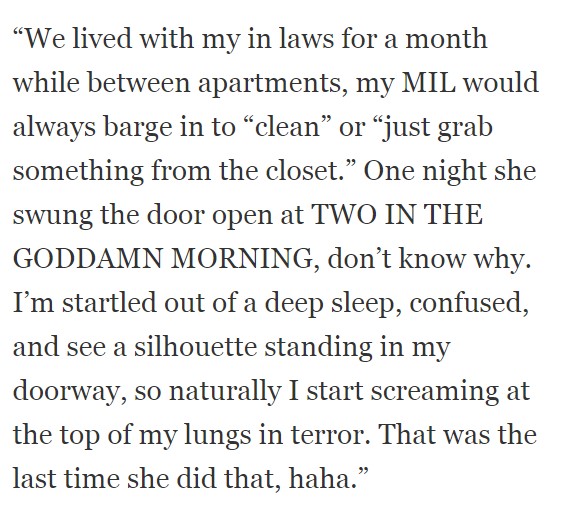 #5 I bet your kids love you for this. 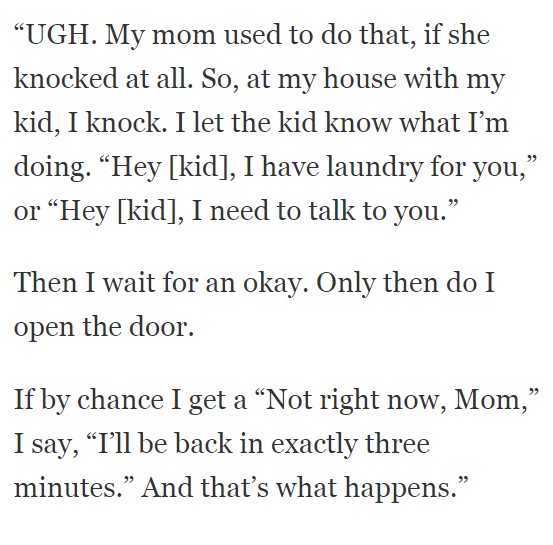 #6 That is one way to stop your mother from invading your privacy. 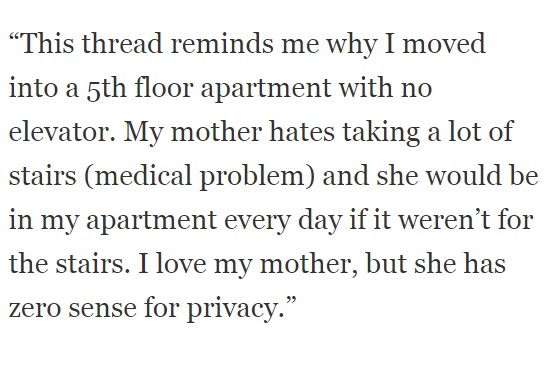 It’s over, mother. I have the high ground. –Name_Classified

#7 I know right? I was just as surprised as this person. 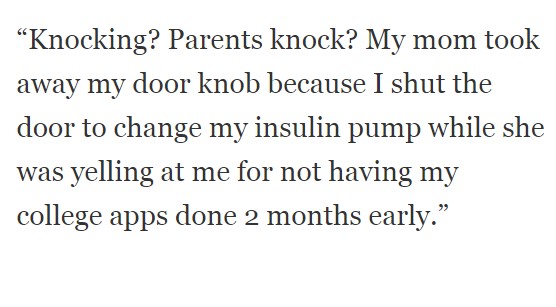 #8 At least this parent learned their lesson.

#9 I hate when some parents don’t care about your sleep. 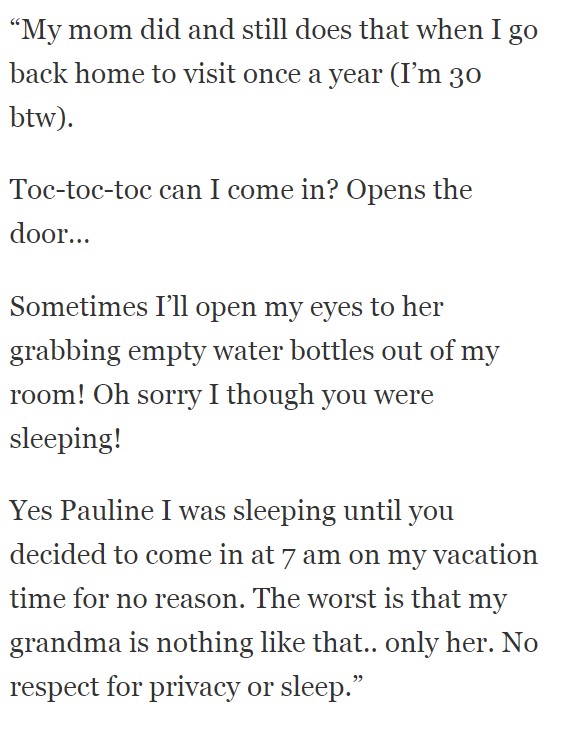 #10 Kids learn from their parent’s behavior. 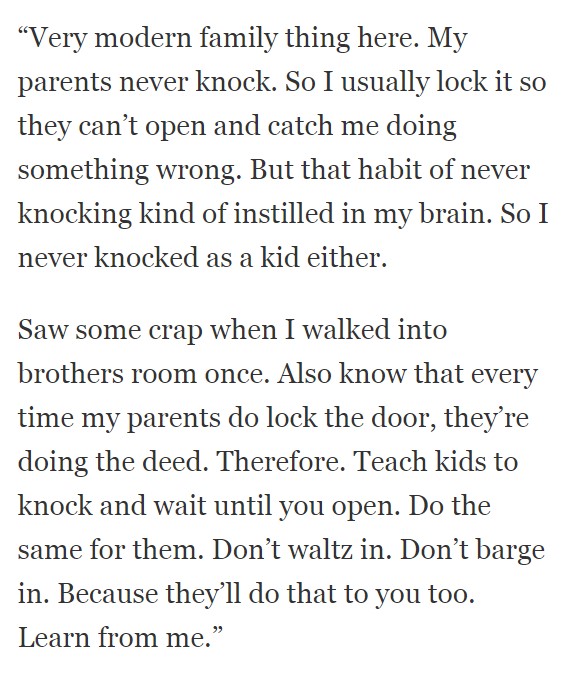 I’m in my thirties. My mom lets me know she decided to come over by pressing her face up to the windows. Sometimes from the backyard. 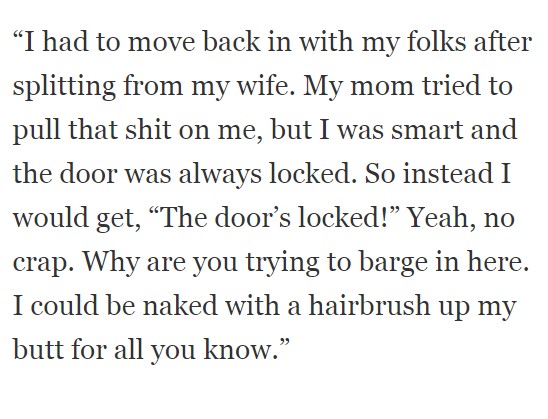 #13 That is one way to find out about your friend’s death.

My mom barged in once while I was jerking off and it was to me tell my friend died.

#14 What was she expecting to see? And did she really want to see that? 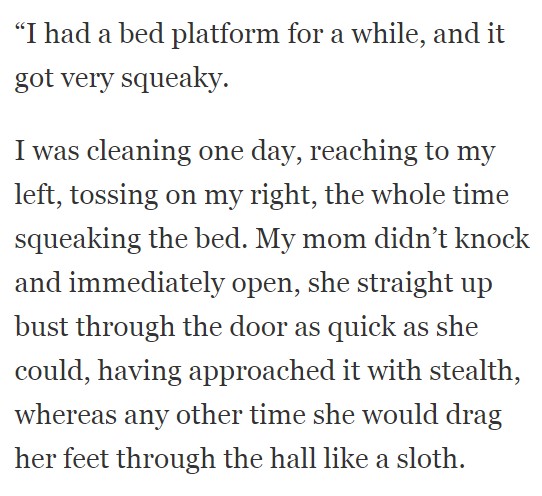 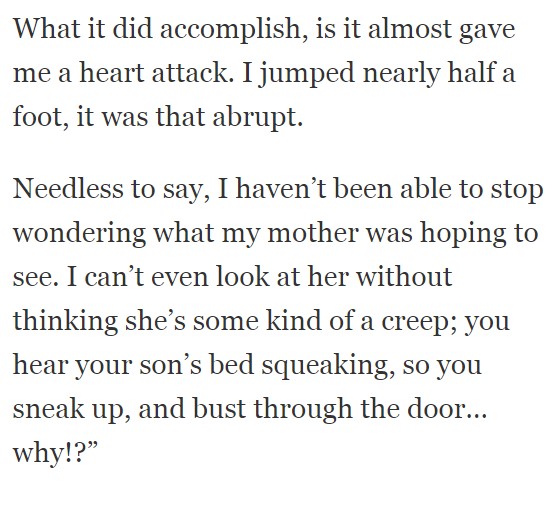 #15 Learned her lesson a bit too late.

My boyfriend’s mom did this. Ended up walking in to us doing the deed. She now waits.

Has your parent ever done this? if so what happened next? Let us know in the comments down below.