Hairstyles are a great way to show off your creativity.

I mean people will say that damaging your hair by coloring it crazy colors is not worth it. But I say that it is only hair and that even if you mess up and all your hair falls out, it will grow out. And if not, nothing is stopping you from rocking a bald head even if you’re a woman. It just depends on if you can carry it with confidence and style.

However, that is the thing the following people could not do. While we are not here to make fun of anyone. And some of these people might be suffering from serious mental issues that we don’t know about so in no way will we put them down appearance-wise. This is just a lighthearted commentary on the hairstyles they chose to present in their mugshots.

We all know mugshots are on the Internet forever and today we get to enjoy some of the craziest hairstyles you will ever see. So scroll below to take a look.

#1 This is a very extreme version of a mullet that some people can indeed pull off. 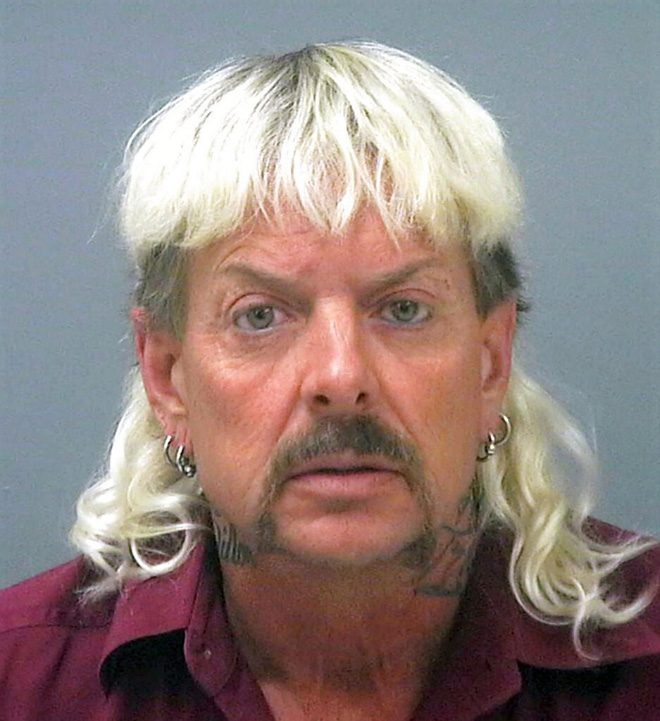 #2 Maybe she didn’t have enough time to put on her wig properly? 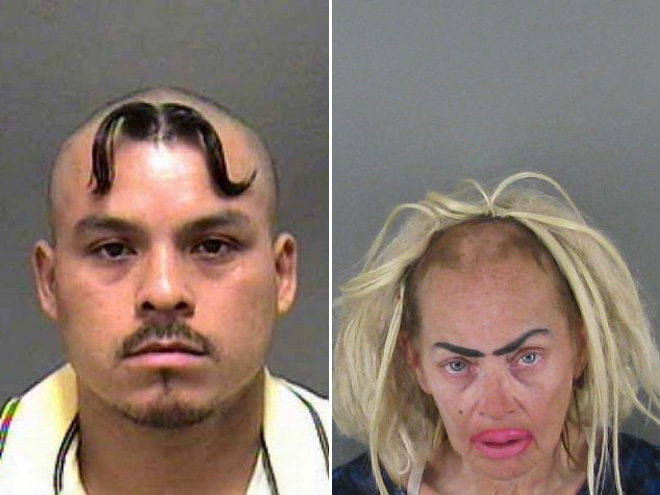 #3 It is certainly a bold statement, I just don’t know what it says. 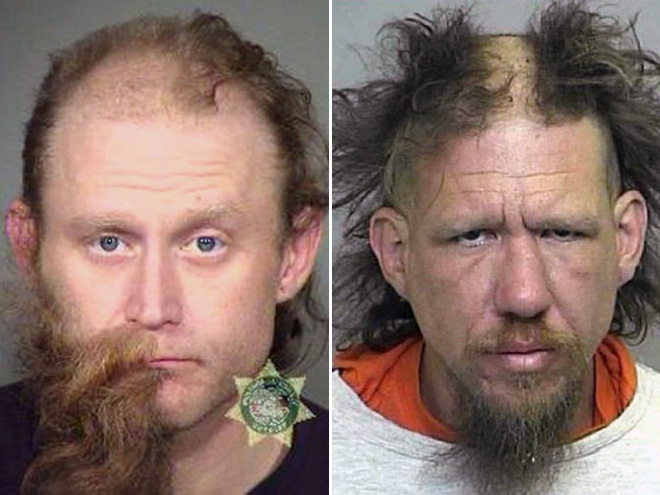 #4 Some of these are not actually bad, they were just probably in the middle of finishing the braids. 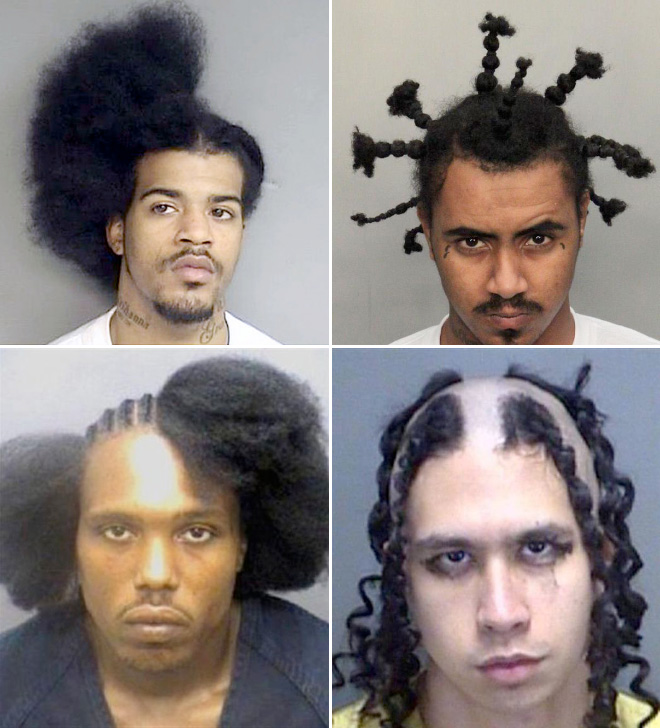 #5 The less that is said about the guy with half shaved head, the better. 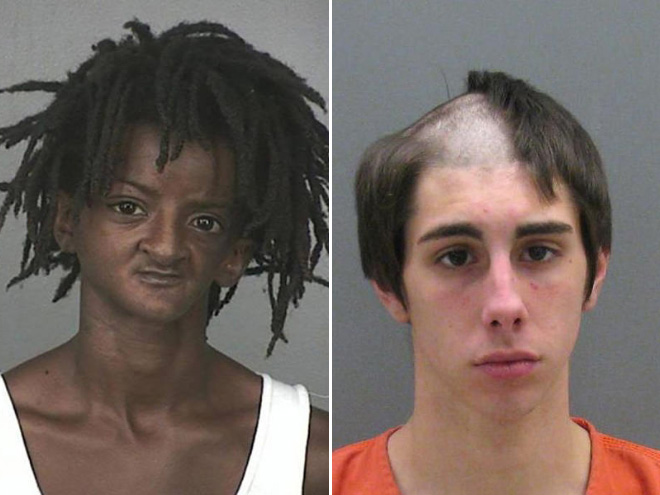 #6 Are those sharpie bangs or are they actual hair? 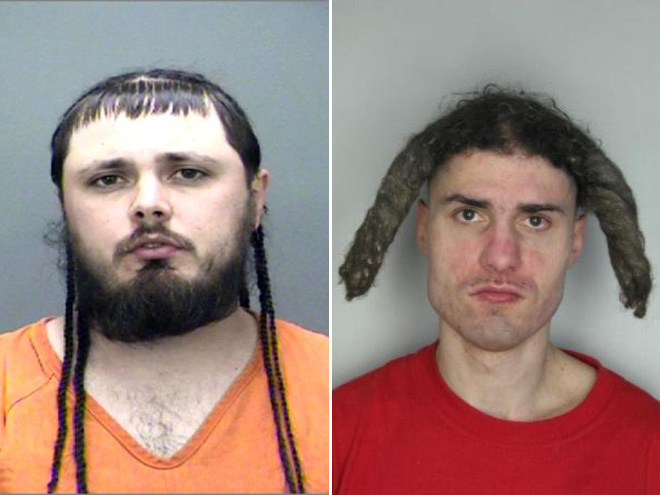 #7 The guy with the heterchromia just has a white afro which I don’t see anything wrong with. 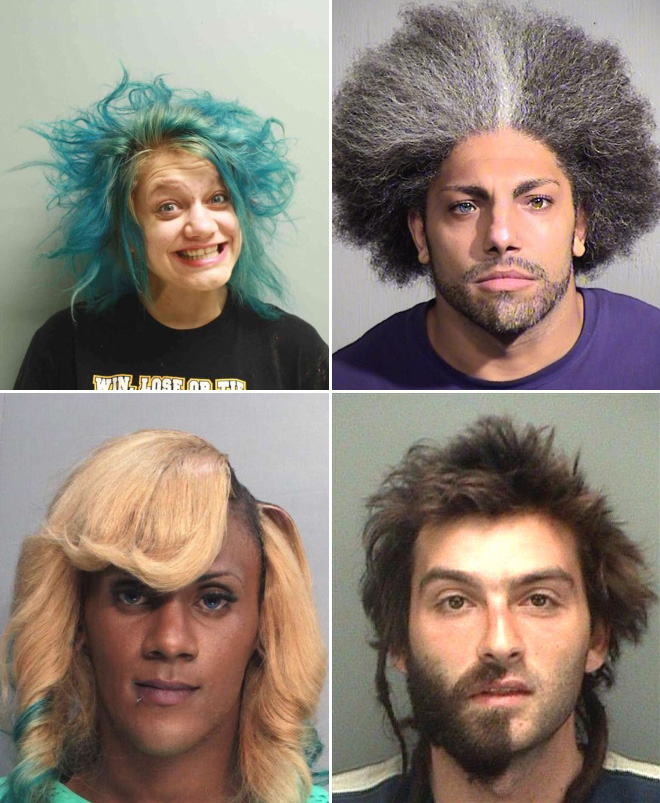 #8 Sharpie brows were all the fashion back in the day. 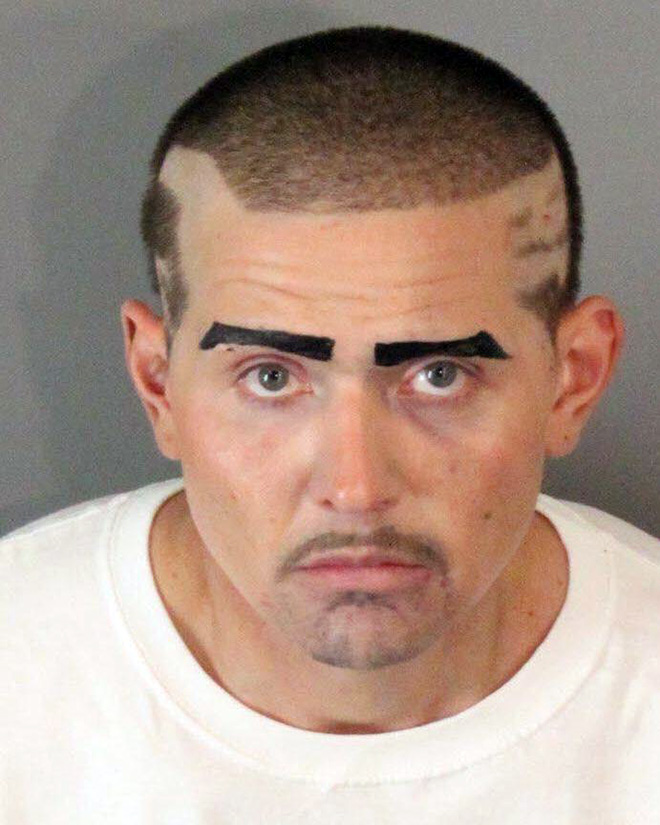 #9 It is like they tried to do makeup but gave up half way. 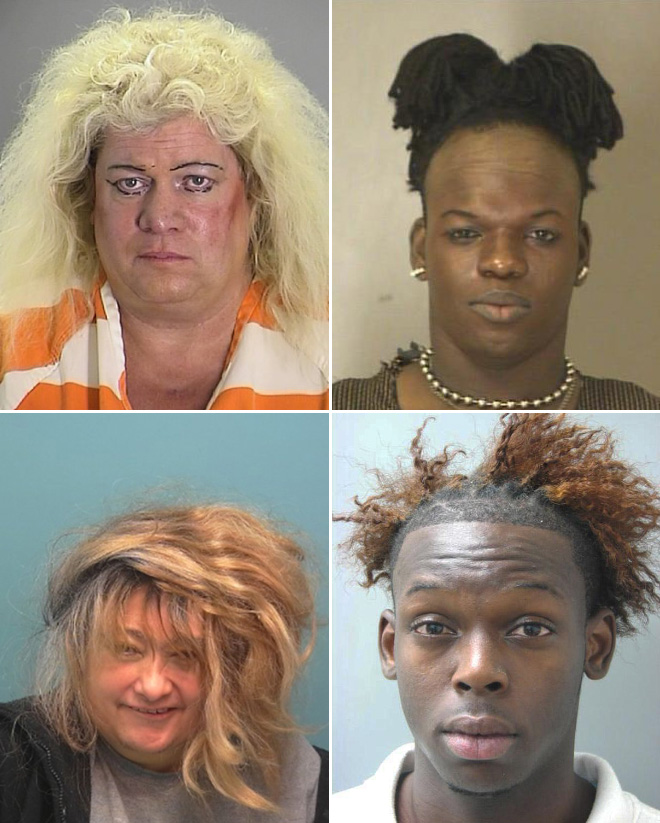 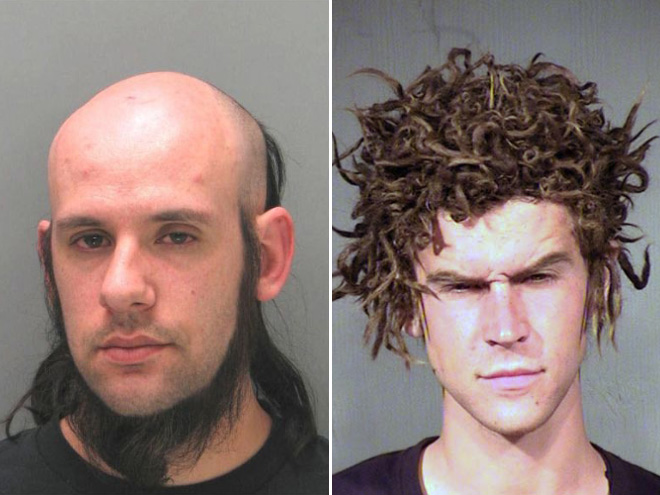 #11 Atleast he looks happy with his hairstyle. 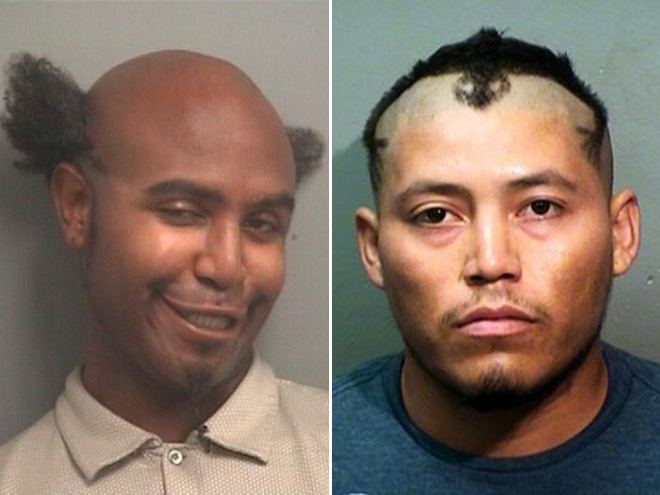 By the looks of it, some people were simply trying something new with their look while others were probably caught when they were getting their hair done or were in the process of shaving it all off. And yes, many people will call some of these hairstyles extreme but at the end of the day, it depends on the individual and they are allowed to do whatever they want with their body. 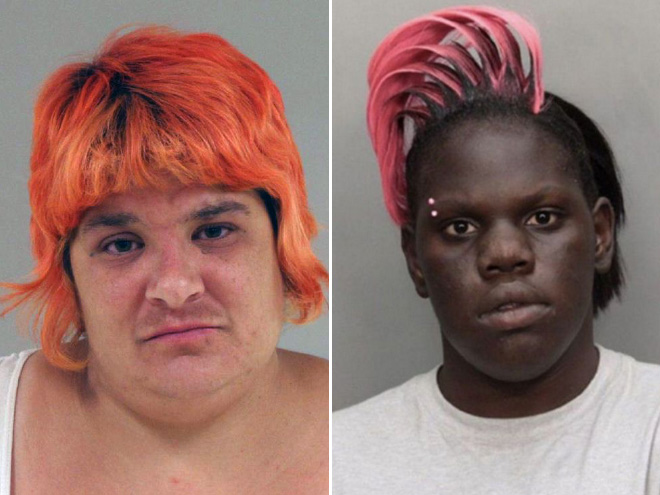 #13 Who has’t run out of dye part way through their hair? I know I have. 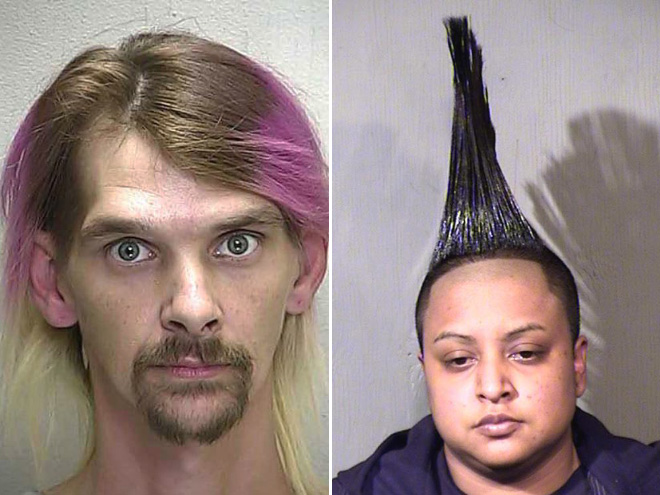 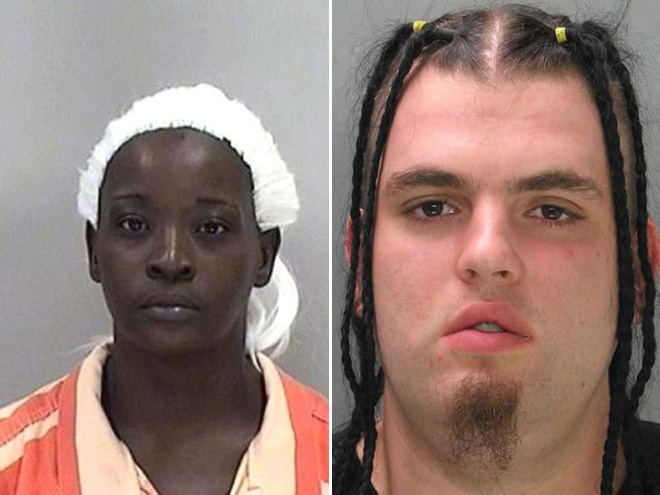 #15 To be honest, not everyone can pull off extremely bright hair colors. 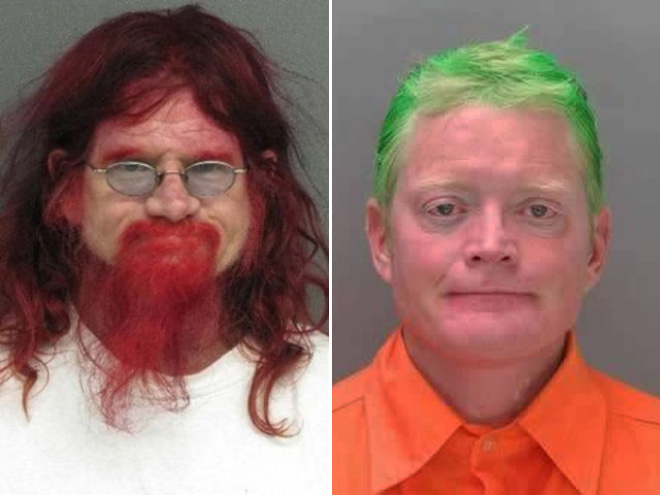 #16 Maybe he was going for the Trump look. 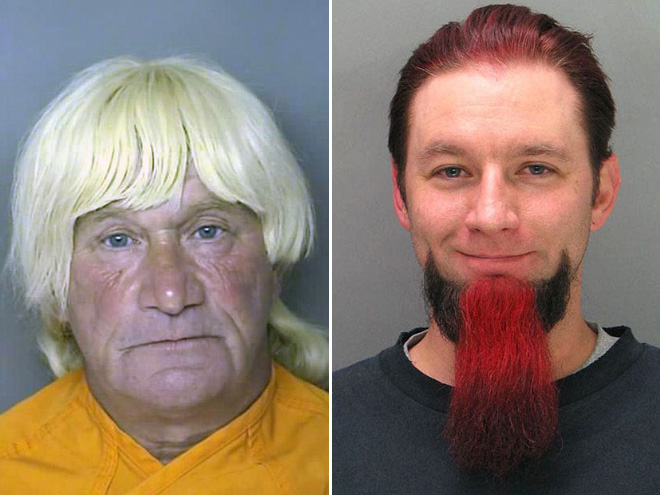 #17 I don’t know what is happening here. 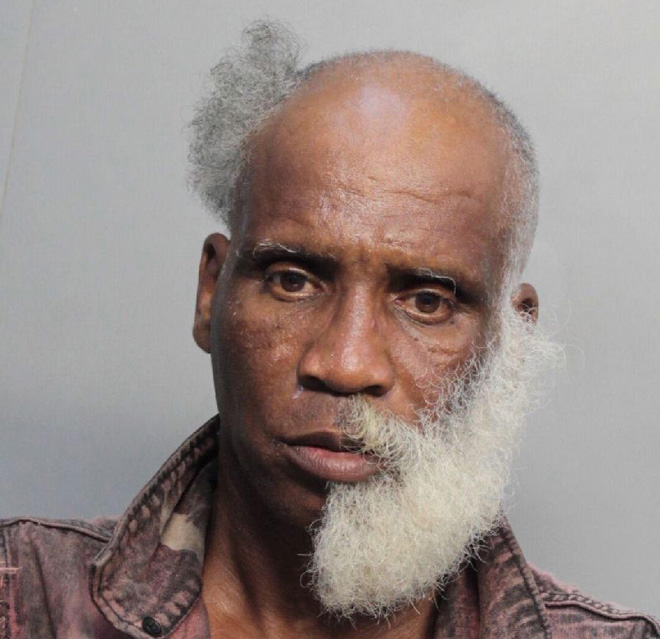 #18 When Melanie Martinez does it, it’s coll but not when someone else does it? 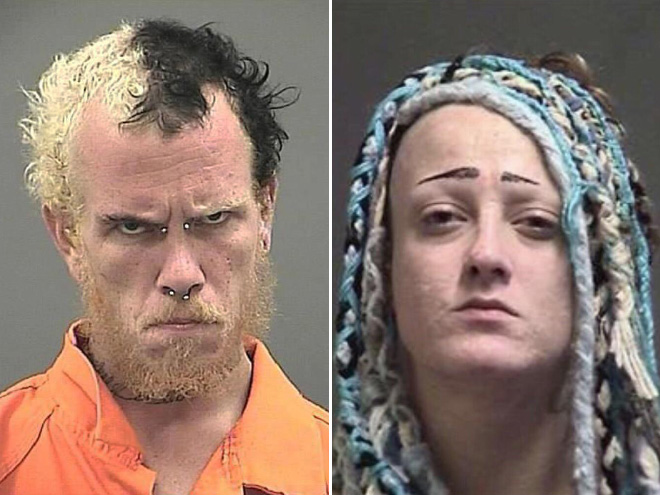 #19 With those face tattoo’s, it will be hard to find a job. 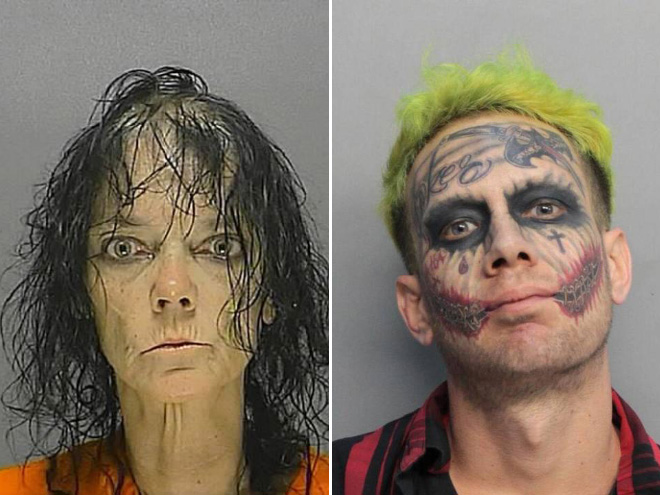 #20 Maybe he messed up with the Hitler stash. 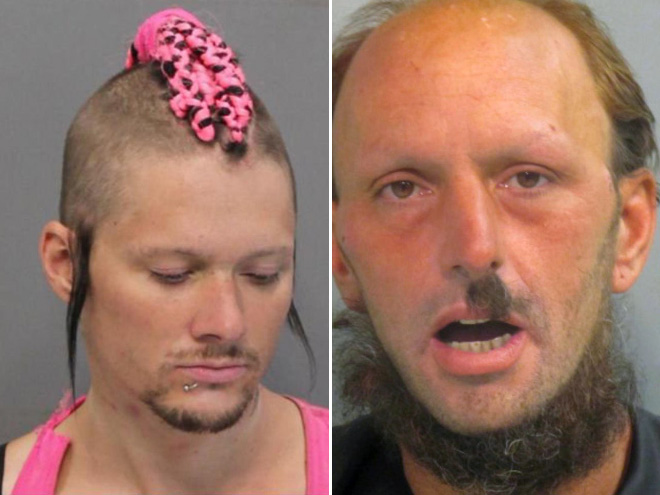 #21 I don’t see anything wrong with the blonde hair style, it just needs a little more work. 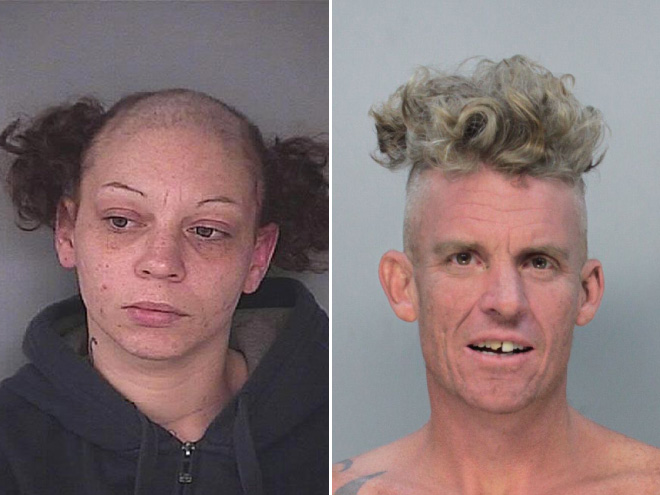 #22 He definitely tried to snatch his edges. 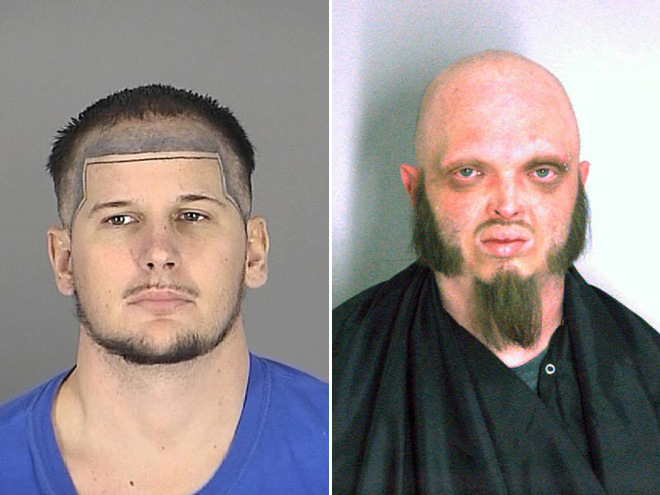 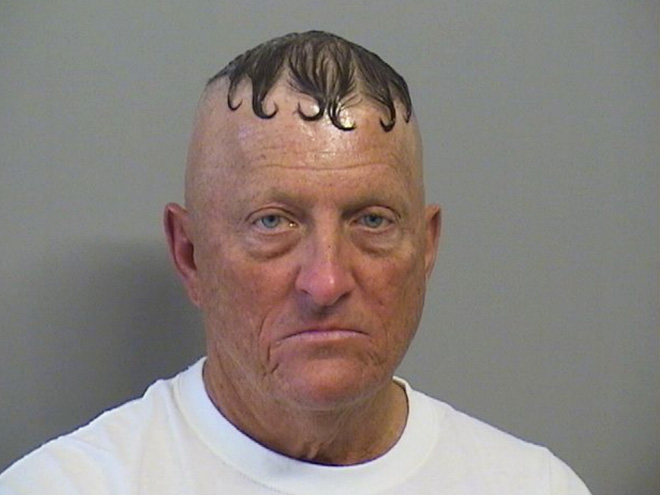 Would you ever get one of these hairstyles? Or are they too extreme for you? Comment down below and let us know.