Living with someone really isn’t as easy as it sounds.

Even when we live with our parents, there are bound to be fights and arguments. People disagree on different things and you can live with them peacefully if all parties come to a compromise. However, some people refuse to budge. These are selfish narcissists that refuse to believe they can ever be wrong and expect everyone else in the entire world to accommodate them rather than change their own behaviors or habits. It is very hard to live with these types of people because they are impossible to work with. You can not reason with them. You can not make them realize when they are wrong. And living in the same area eventually becomes hell for you.

The person explained how all the rooms in the apartment were joined and you could hear any sound being made in the common room. 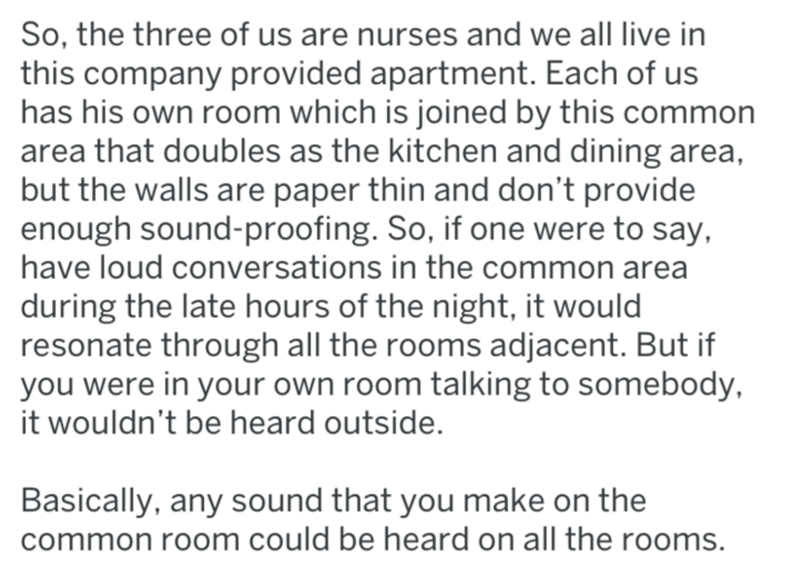 One of the nurses used to have night shifts and would stay up all night chatting on video calls, keeping all the other nurses awake. 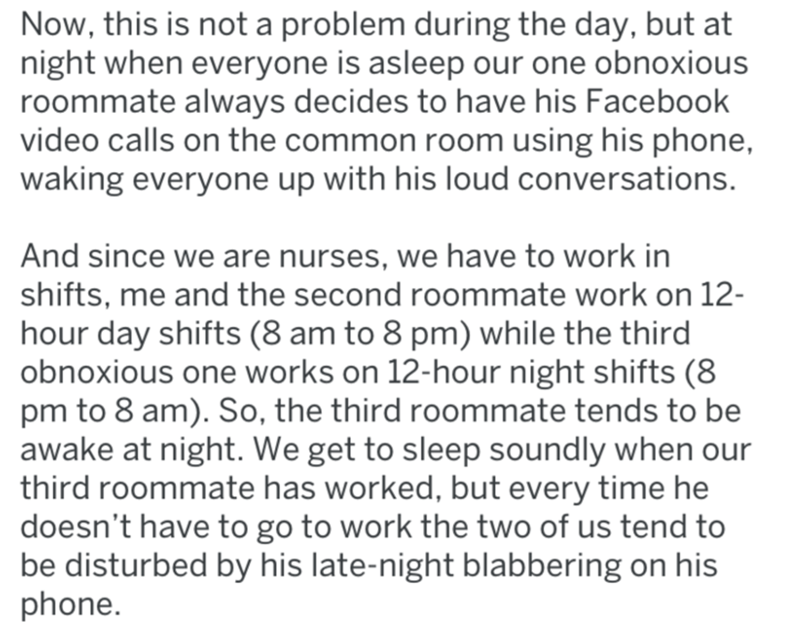 They tried to talk to the roommate in a mature manner but nothing seemed to budge him. 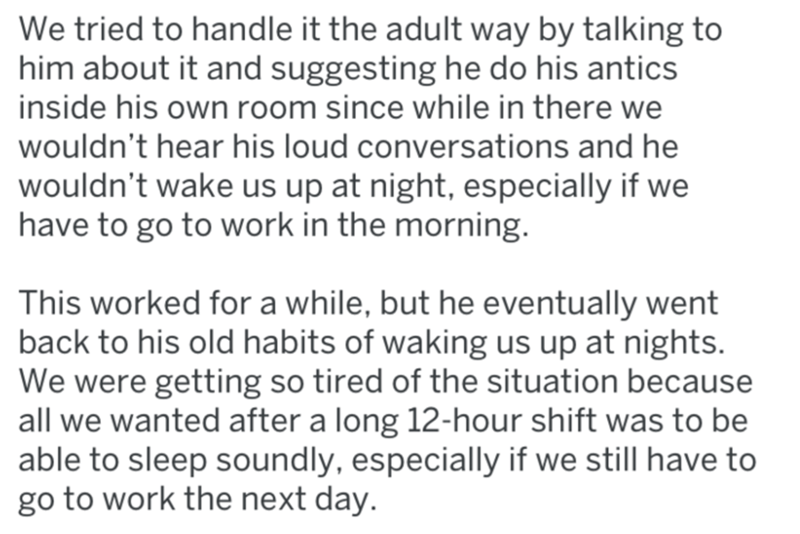 Then one of the roommates had an amazing idea. He had admin privileges of the WiFi and could turn it on and off whenever he wanted. 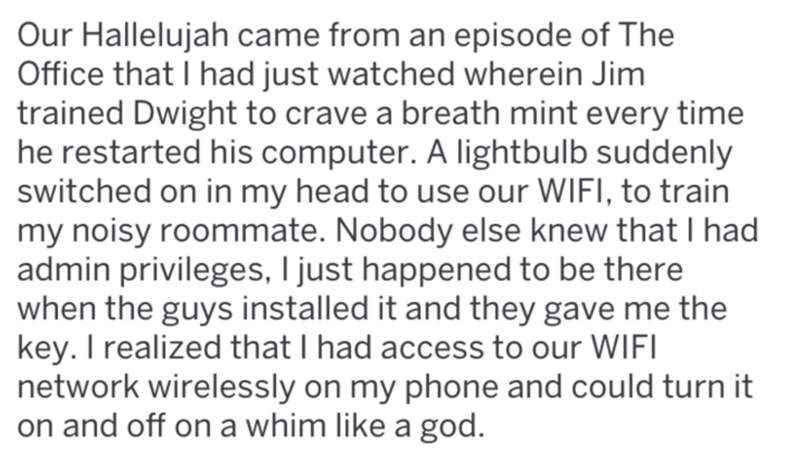 So whenever the annoying roommate would start talking in the common room, the nurse would turn off the WiFi, and turn it back on when the roommate would return to his room. 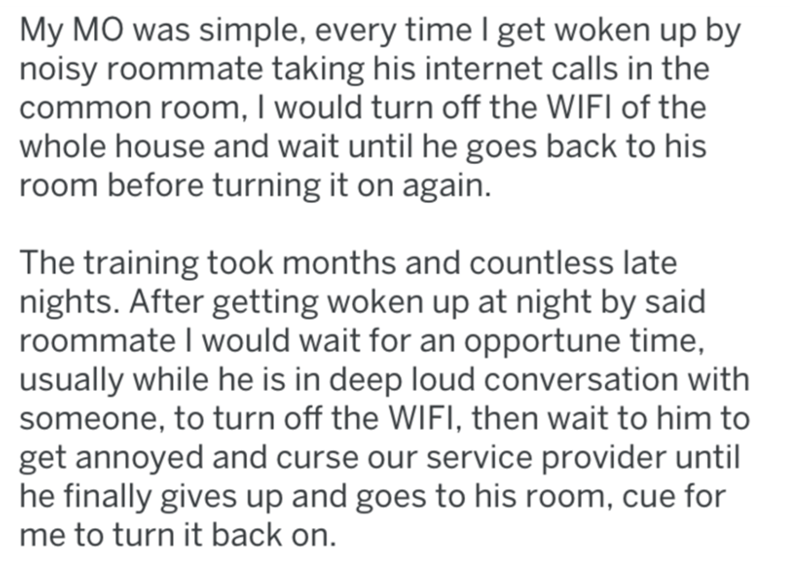 Eventually, the roommate started talking only in his room thinking the WiFi only works there as there is something wrong with his phone. 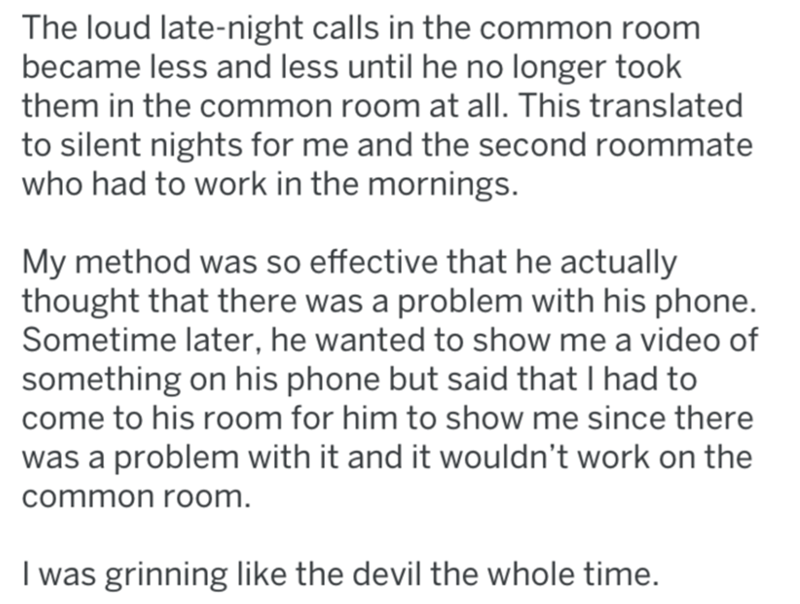 People really should be more considerate about other people’s rest and feelings. 12 hour shifts aren’t easy and if someone wants to rest after a long day at work, they should be given enough peace to rest for the little time they have, The roommate was highly inconsiderate and got what he deserved.

It is more difficult than training a pet. 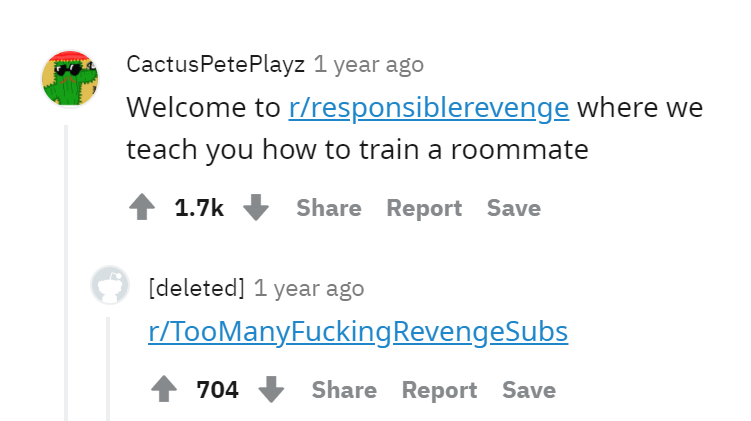 The guy really did show some wit there. 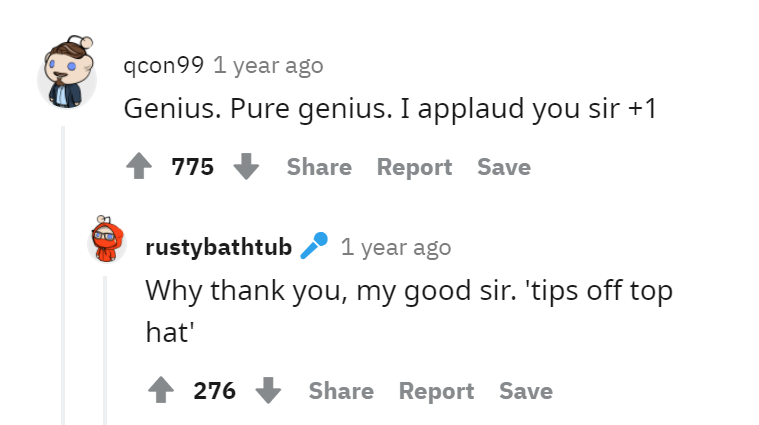 Not that smart, if you ask me.

I wonder how he stopped himself from laughing. 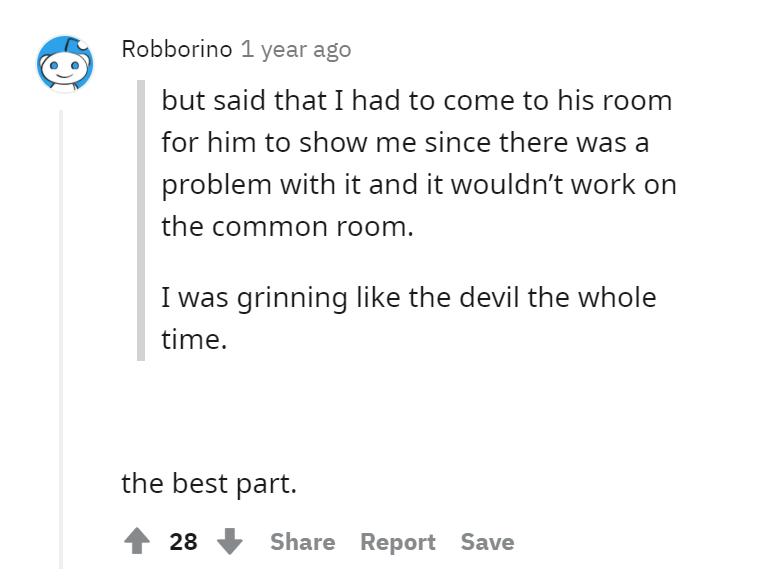 Advice for the future.

Do you think the roommate deserved it? How would you have reacted in this situation? Let us know in the comments below.