If you want your pictures to be hilariously photoshopped, we know the right man for you. James Fridman is absolutely hilarious and amazing at photoshopping regular plain pictures into something hysterical. He is extremely talented at what he does because the end result is absolutely fantastic. People really love his recreations as well, which is why he has gained enormous popularity, and honestly, he deserves all of it! He received a very positive response from social media and people have gone crazy over his photoshopped pictures. These pictures will make you look twice and laugh out loud at his recreations. It is literally so unexpected, you will definitely be blown away. The fact that he is not only really talented but tremendously creative shows what he has to offer to the world.

His pictures have gained popularity after people saw how creative and funny he was, and realized that his work is very different from other creators. He does this for fun and trust me, these pictures will speak for themselves. Learning how to use photoshop is not an easy task, but James makes it look like child’s play, because he does it so neatly and professionally, leaving nothing to doubt. This is what makes him so different and his creations unique and funny. These pictures made me giggle and I am sure they will have the same effect on you!

1. People can definitely recognize you now! 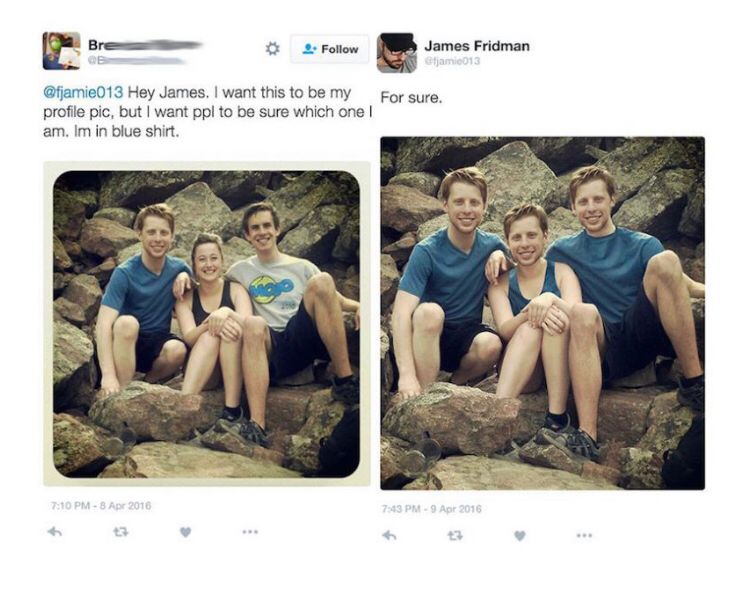 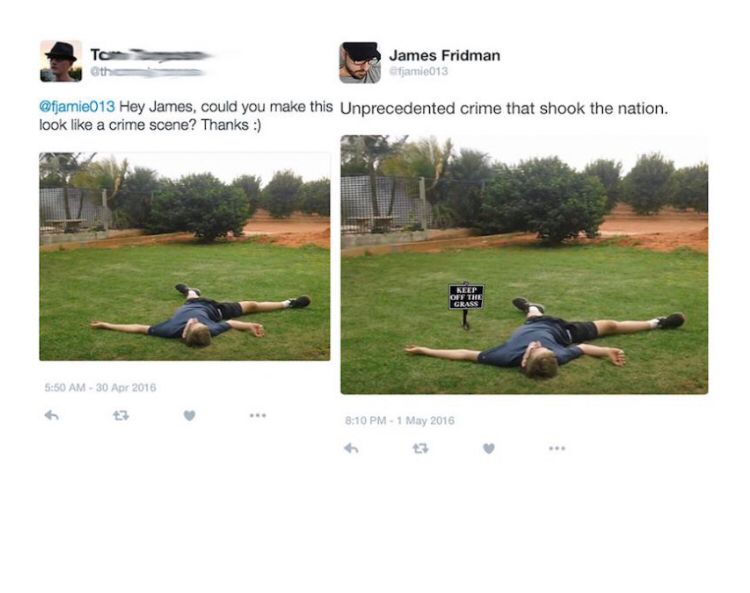 3. James gives you solutions as well! 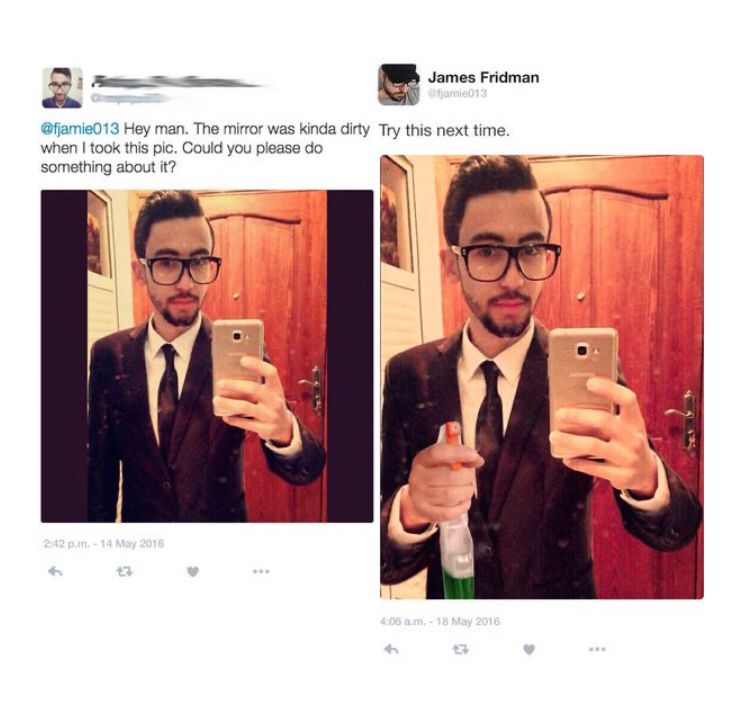 4. Took this one too literally! 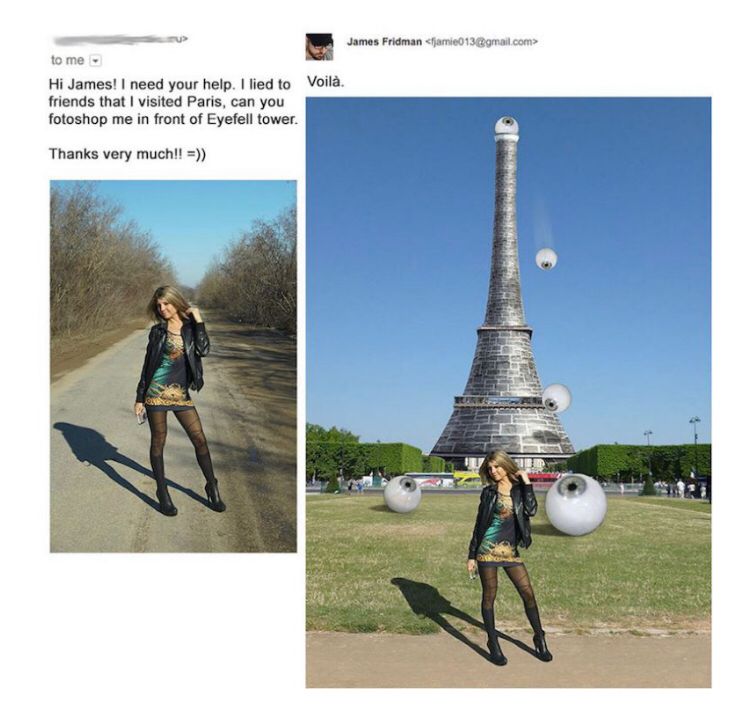 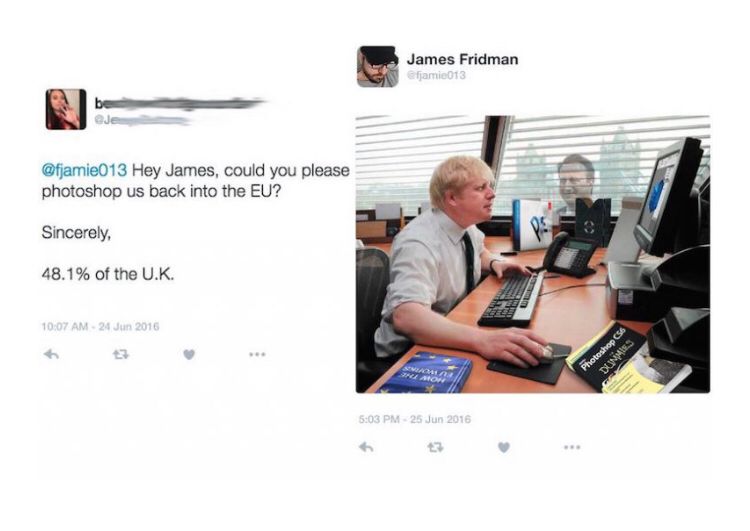 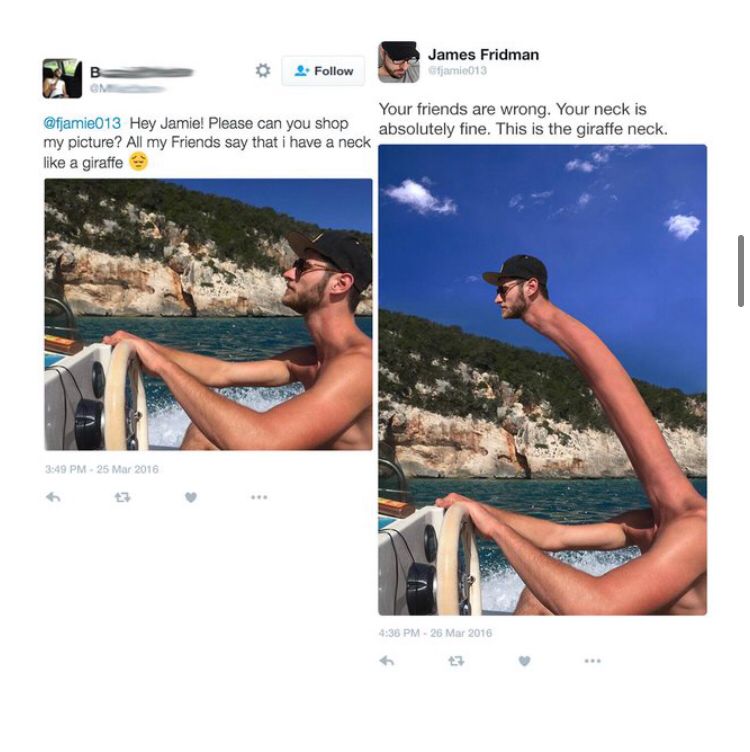 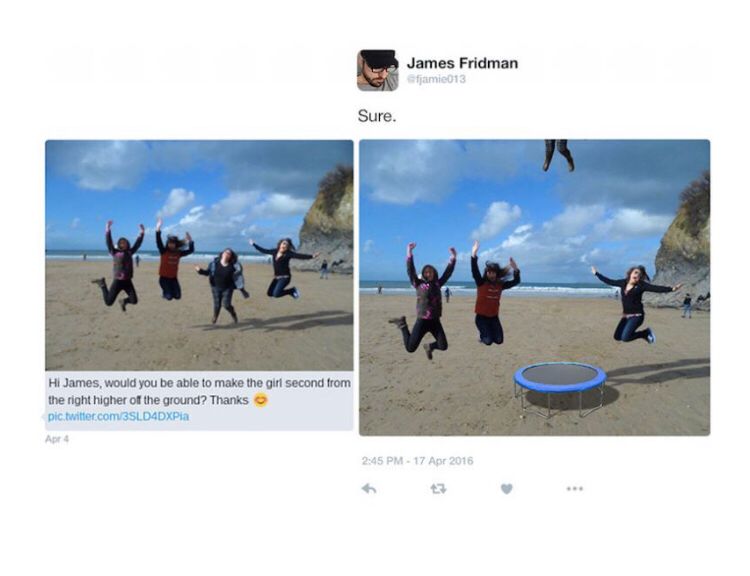 8. This is a cursed picture! 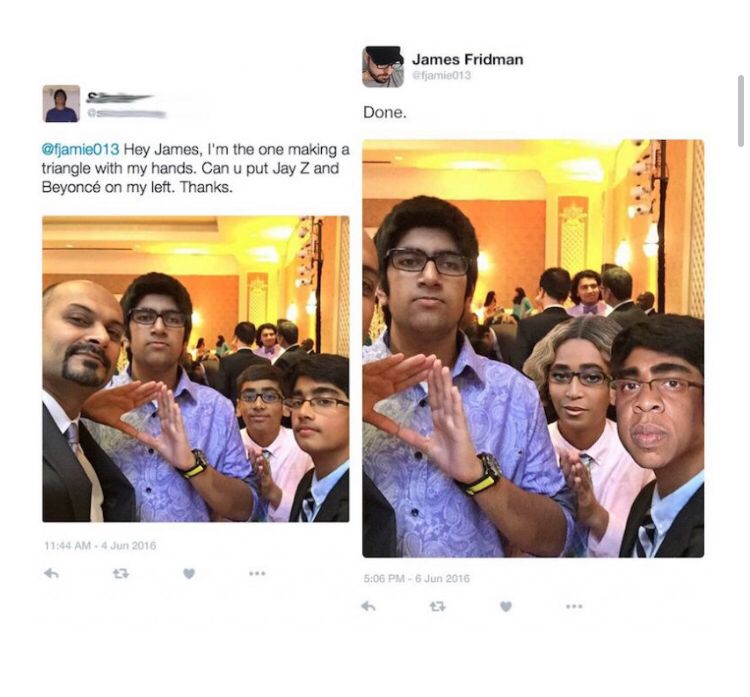 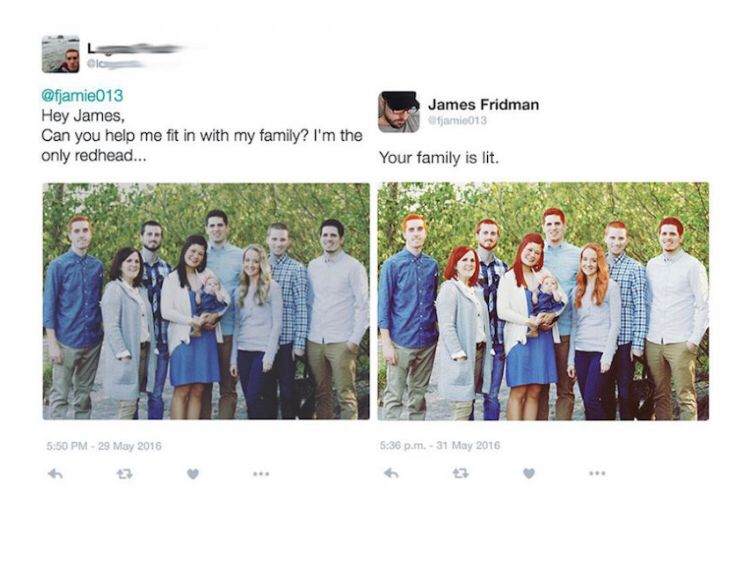 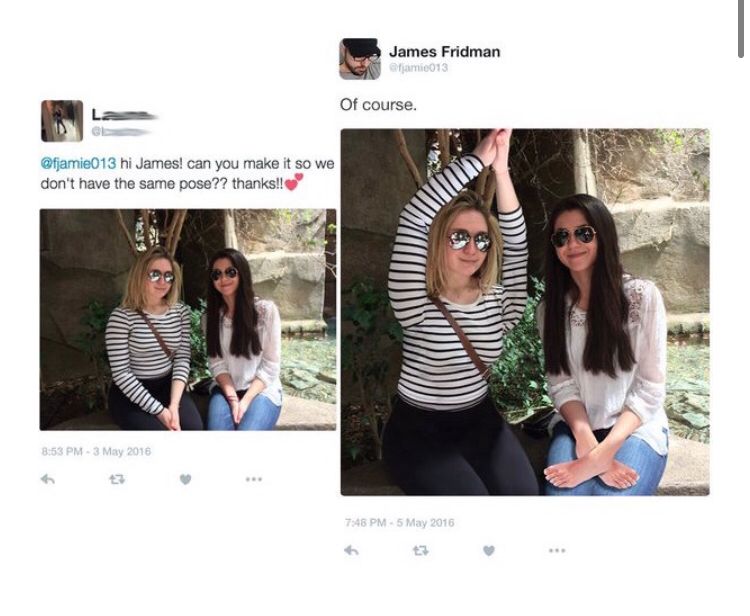 11. Made him feel even more lonely! 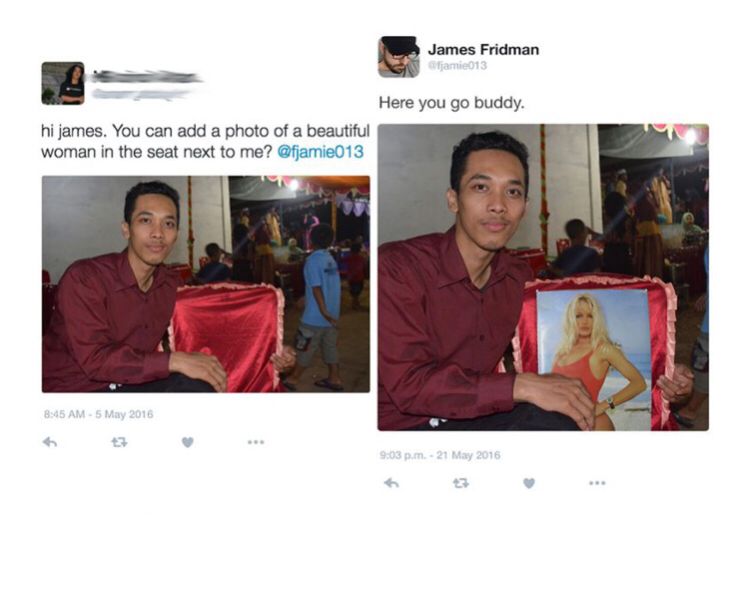 12. This must have been the hardest to photoshop! 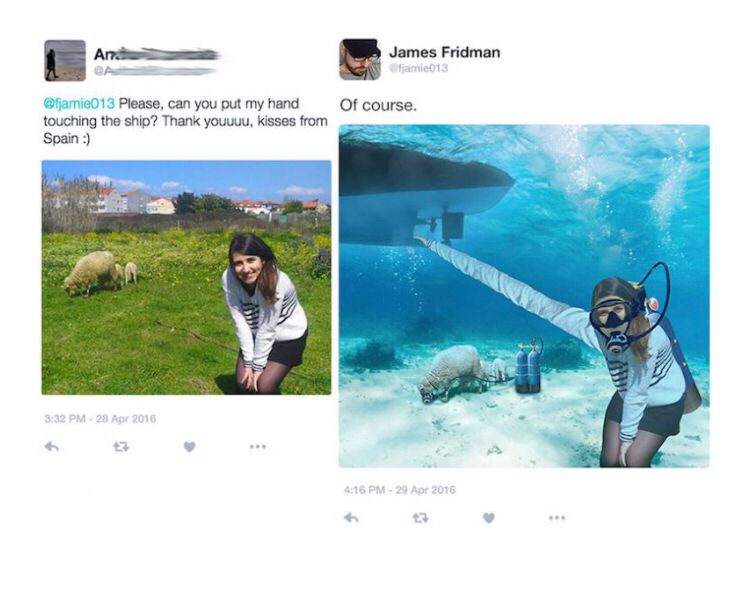 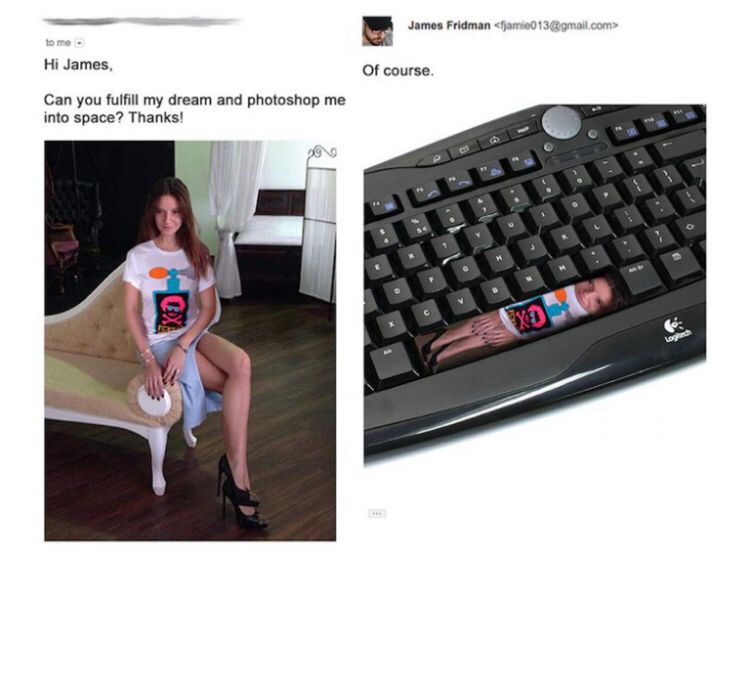 14. Wishes do come true… in the least expected ways! 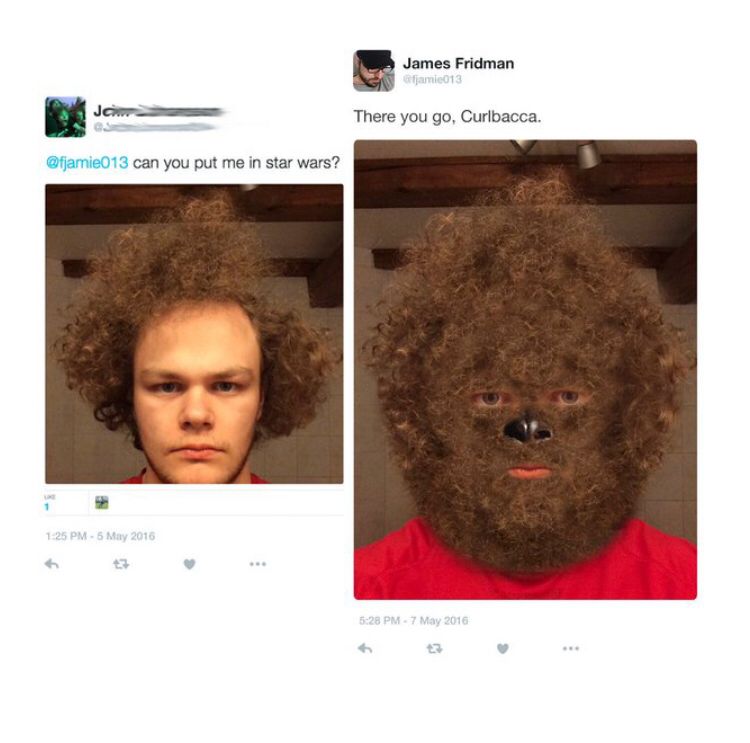 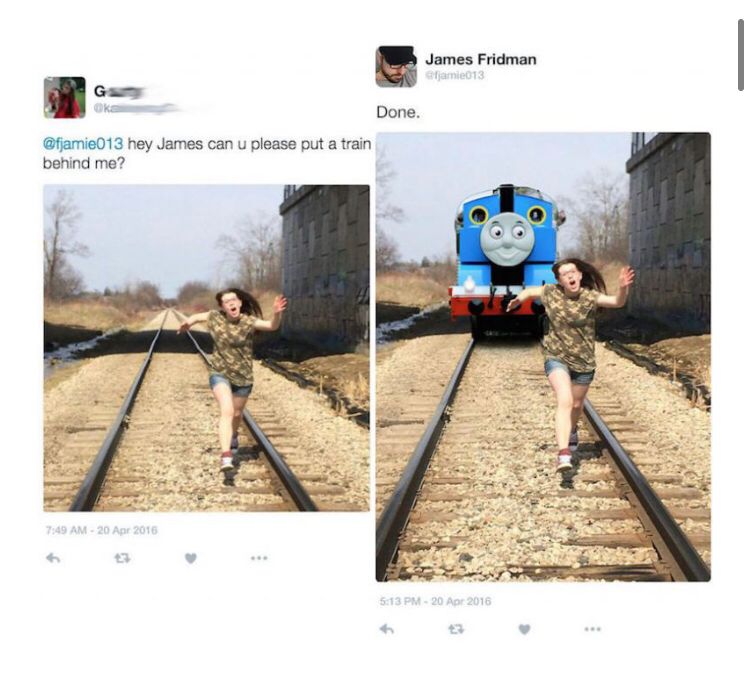 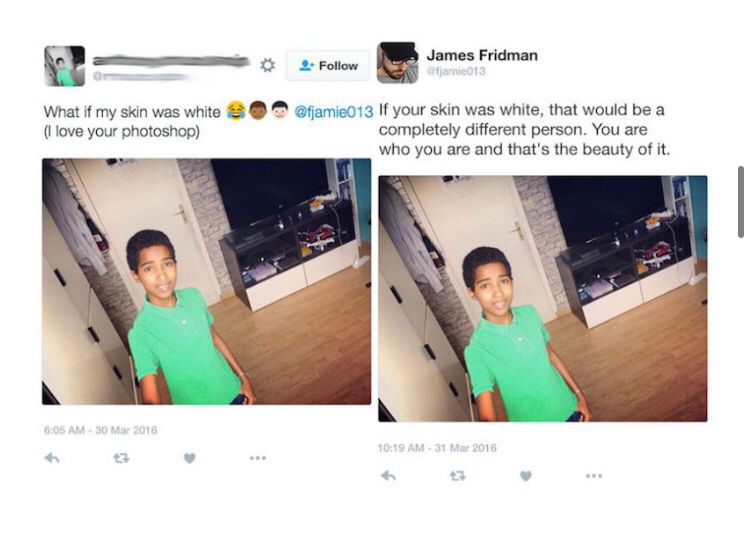 These pictures are absolutely hilarious. I genuinely can not stop talking about his creativity and turning random simple and plain things into something amusing and creative. Only people with brilliant minds can achieve that, and somehow James can be put in this category. In today’s time, especially when social media has caused quite an uproar among the youth, doing something different and unique becomes a very demanding and challenging task. But if you are as innovative and imaginative as James, trust me, you will be able to succeed in making a mark on everyone. James’ impact on people and his ever-growing popularity had made him a small Twitter star. He has definitely become the talk of the town by being unique.

People from all over the world send him their pictures to get them edited, although the end result is not what they expect. He astonishes them with the most stupid but clever pun-related photoshops that even those people can not stop themselves from appreciating his artwork. He is truly one of the best!

Let us know what you think about these pictures in the comment section!