Religion is a personal thing.

I have always thought that everyone has their own way and their own thoughts when it comes to religion. I am not saying that there isn’t a right and wrong way of deciphering things but at the end of the day, we shouldn’t judge other people whatever religion you may or may not follow. However, some people are just inherently judgmental and go to the extreme when they think that they are trying to ‘save’ some from hell.

I wish I was joking but I am sure we have all heard the age-old condescending statement of ‘I’ll pray for you’ when they hear something that might not align with their views. Well, just imagine that person and their reaction when they see a priest burning alcohol. I guess they think that anyone who works in the clergy is not a human being but that is not here or there. However, the way this woman reacted after seeing a priest trying to find a wine bottle is really something out of a horror movie. Maybe she was passed by a demon and got triggered by the holiness. Whatever the reason may be, it is sort of hilarious.

And you can see what I am talking about by scrolling below. This is going to be a long story so get ready for a wild ride.

We start off with some information about the store and while the guy was there in the first place and how he knew the employees as well.

H was just mind9ng his own business trying to find the right bottle when he was tapped on the shoulder. 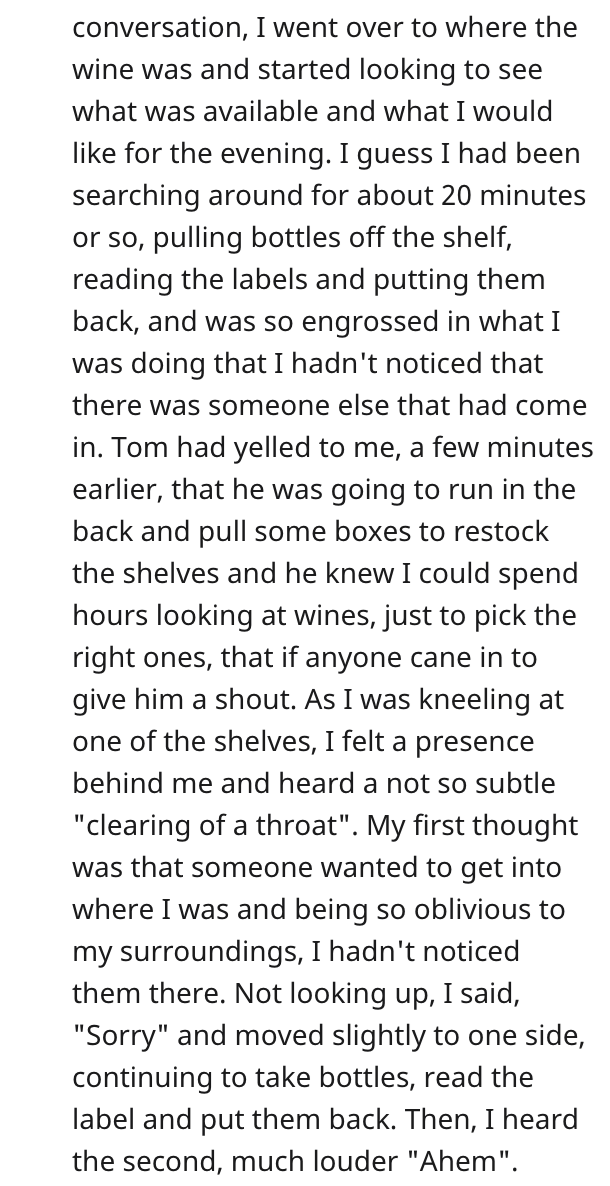 The woman had thought that he was a worker but she was rude from the start. 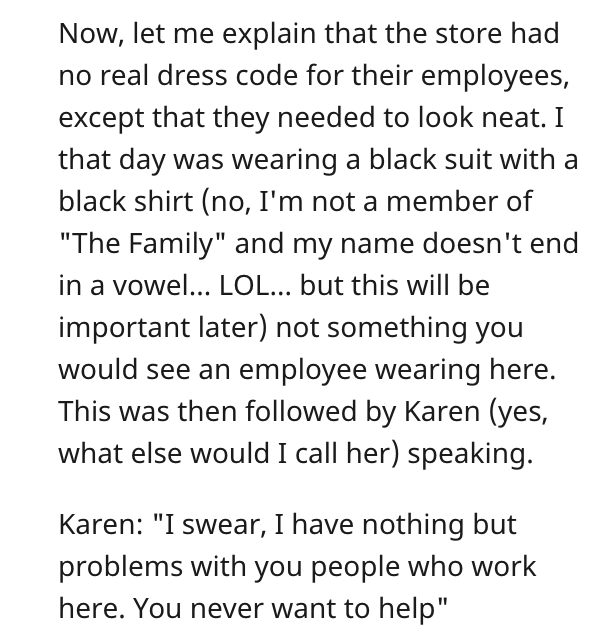 Everything took a turn for the worst the moment she realized that he was a priest rather than a worker and she called him out.

She not only berated everyone in her way but also started attacking anyone that would come close to her. 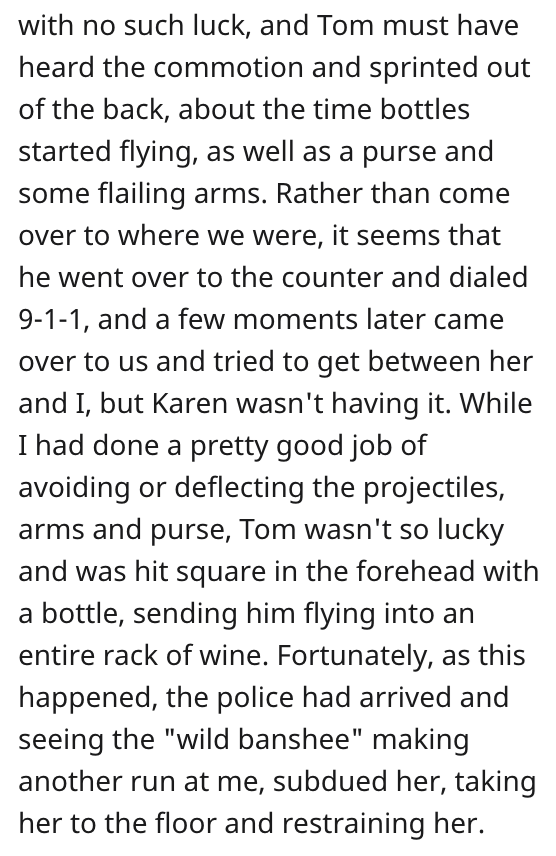 Thankfully, the police were soon at the scene and apprehended the crazy woman.

I am sad to see that the employee got hurt by the Karen at least he was fine in the end. I still don’t understand why the woman started attacking the priest. I mean it is quite ironic since she was there to buy alcohol as well so does she really have the right to judge someone./ It wasn’t as if she was at the liquor store to buy candy. Did she forget about her own ‘sins’ while she was attacking the priest? She also got away with only community service which is something but she deserved more.

There are a lot of Karens in the wild and you never know when you will encounter one. 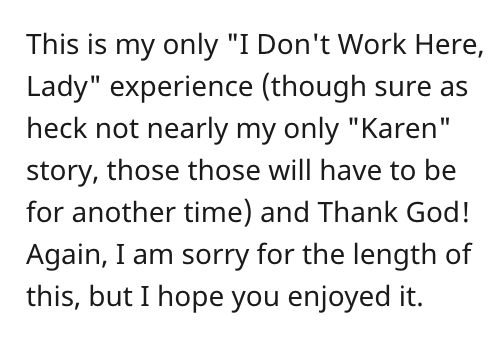 That is what I said! 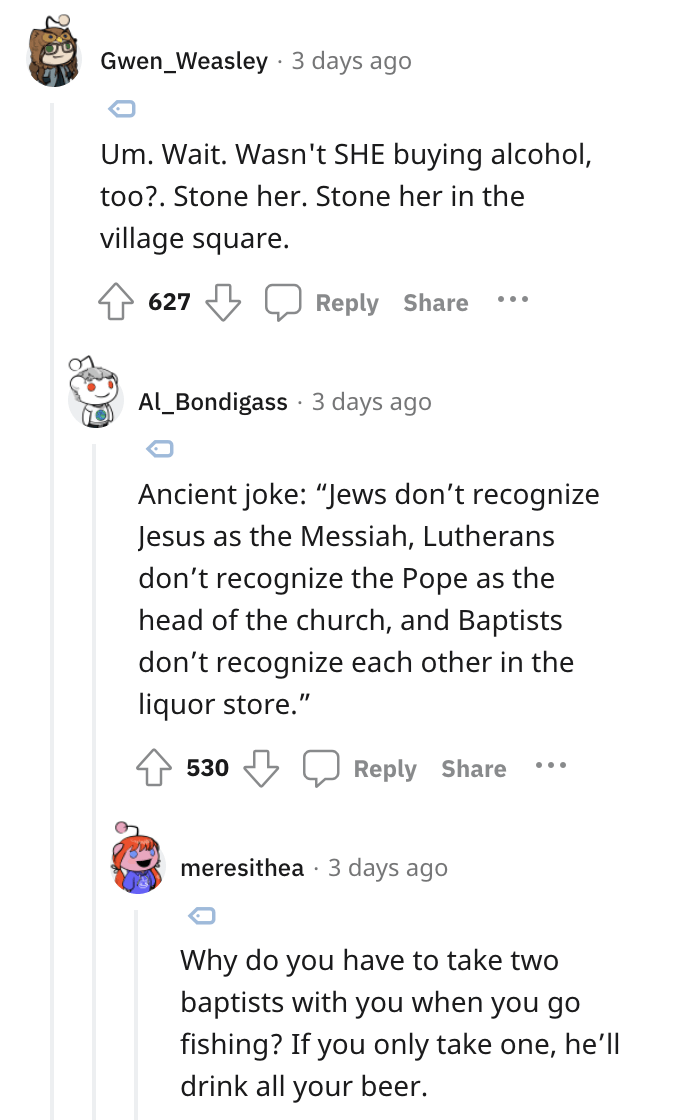 I didn’t know I wanted this but I clearly needed this in my life. 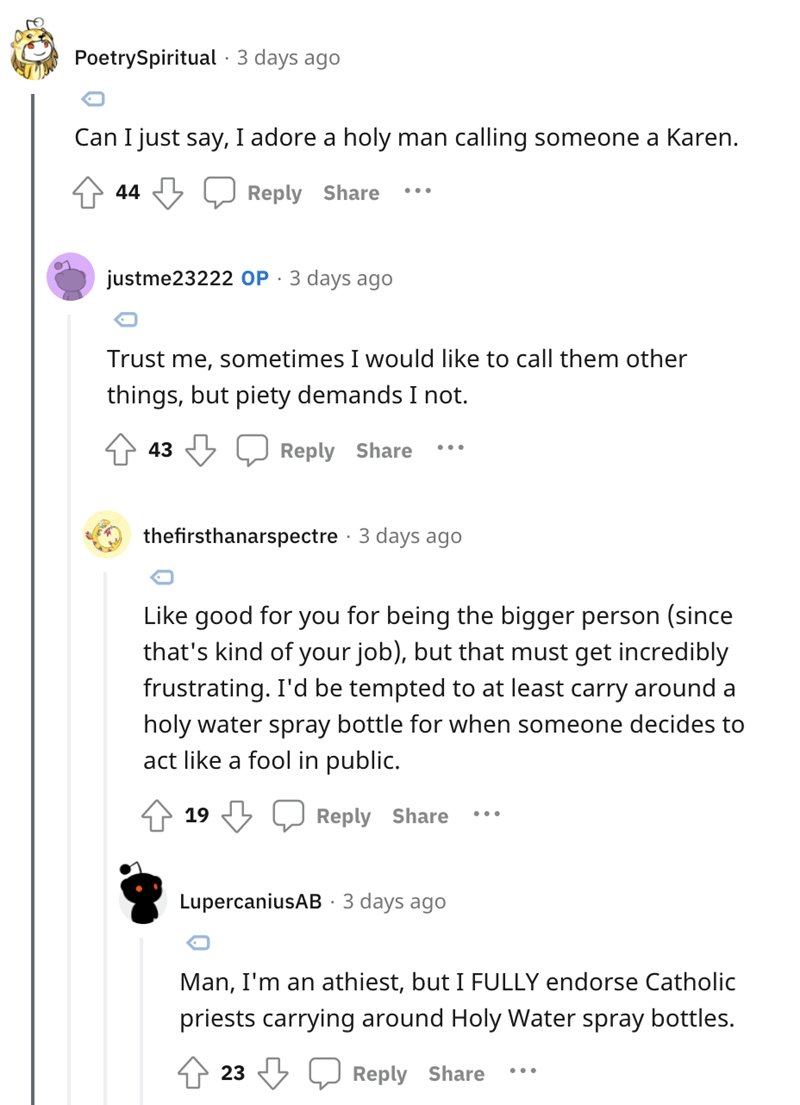 I wouldn’t even try to understand her logic as it might make us dumb. 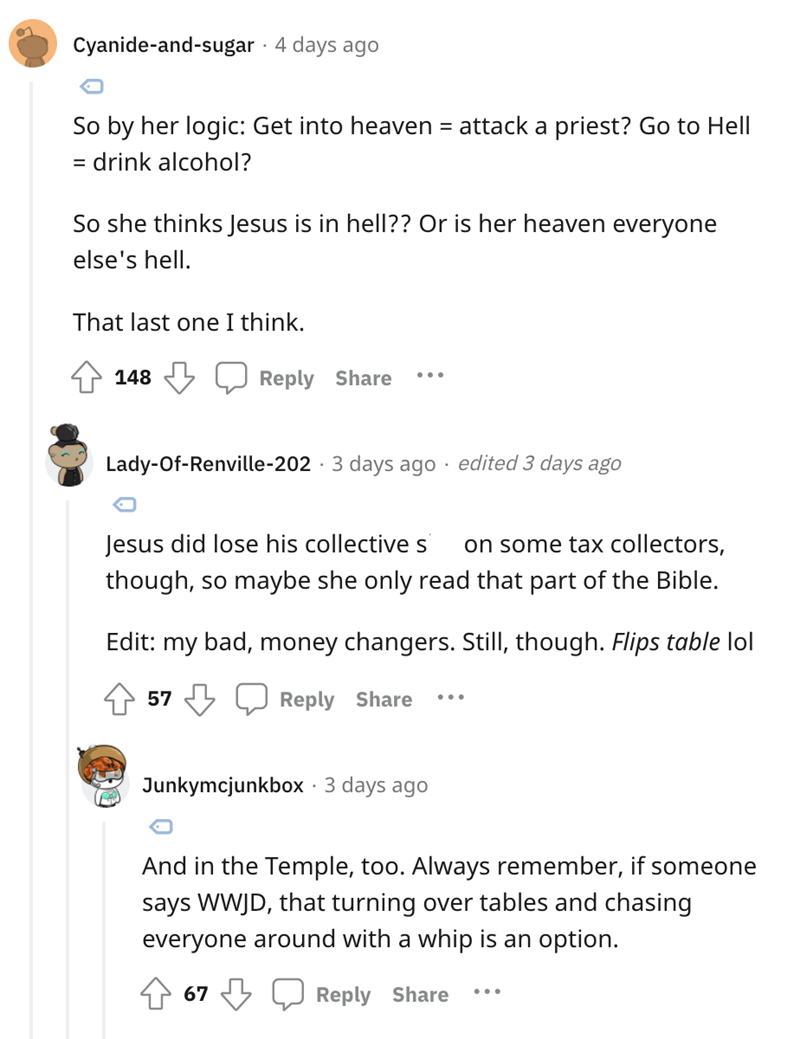 What would you do if you were in this situation? Would you attack the Karen back or would you simply call for help? And would you sue the woman or just let it go? Let us know in the comment below.