College can be quite expensive.

I am in University right now and let me tell you, after paying for all the extra and fees, you barely have enough money to go to McDonald’s. We all know college and Universities can empty one’s savings dry up in an instant. And that is probably why so many people have so much debt just because they took out a loan to study. After all not everyone can have scholarships to the schools they want to go to. But I am not even mentioning the books and supplies that you have to get to understand the full experience of the class.

And you can’t even buy used books, because apparently a year change in the front warrants hundreds of dollars. However, we are not here to talk about the f**ked up school system and how even after all that, you are not guaranteed a stable job especially in this economy. While we usually talk about how teachers have it exceptionally hard, for some that is not true. As they will humiliate their students just because someone is making a valid point. It seems some people just don’t like to be wrong and can’t accept that.

Even teachers can sometimes make this sort of mistake, but it is a good thing it happened. 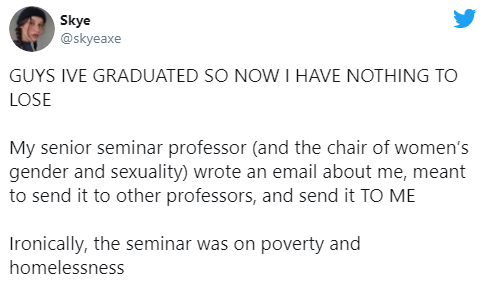 The student is clearly just offering a suggestion for a cheaper alternative but the teacher is having none of it. 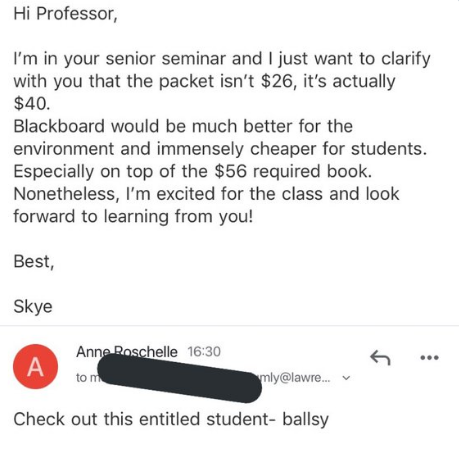 How is the student considered ballsy for keeping the students’ income in mind?

But she wasn’t going to stay quiet, so she replied and decided to drop the teachers class. 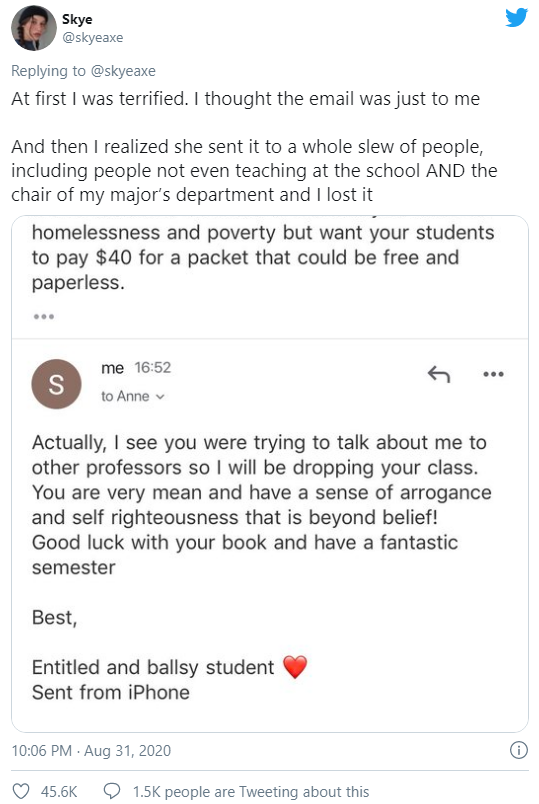 OMG at first I was MORTIFIED!! I never ever meant to cause any trouble. She lied and said this packet was like $20, and it ended up being almost 50 when it could’ve been FREE on black board?!?!! And at first I didn’t even realize she sent it to others, I thought it was to me only.

The teacher clearly can’t admit that she was out of line when she sent that message. 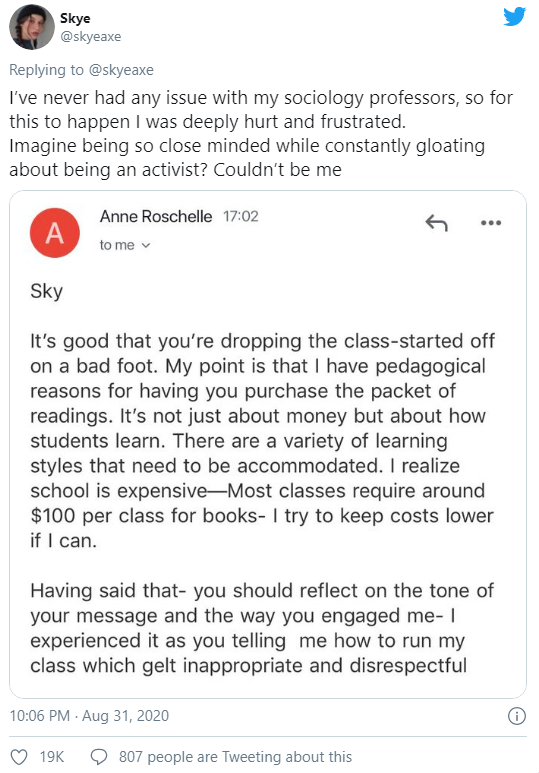 And this isn’t the only thing this teacher does. 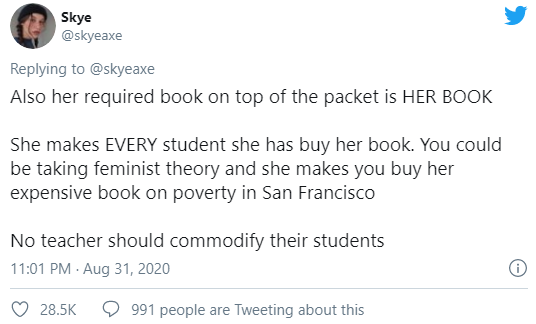 Oh my gosh, the entire email chain. I graduated from NP in 2017, and, for sure, there are some lovely professors, but some are outright arrogant and entitled. I’ve heard from certain staff that the professors have huge, drama filled, ridiculous email chains that go around. -Brian Sprague

Students already have a hard time paying for everything but this teacher is just adding to that burden.

However, there is no point in trolling someone on the Internet. It is the colleges job to do something about this sort of behavior.

My boyfriend goes to New Paltz, just shared this w him to warn him about taking classes with her. Super gross behavior for a professor esp the way they responded as if YOU were in the wrong. Disgusting. So sorry u had to deal with this. -PUP

What are your thoughts on this exchange? Do you think the student was disrespectful? Comment down below and let us know.