Living with a toxic family can be quite difficult.

You are very lucky if you have a healthy relationship with your parents. That isn’t very normal these days. Even though everyone says that parents always want the best for their children and they only act in their best interest, it is not always true. Parents can be wrong too. They aren’t gods. You can’t blindly let them do whatever they want and justify their actions. They should be called out if they are doing something wrong so that they learn from their mistakes and not repeat them in the future. A lot of parents believe that their children are their personal property. This is a very wrong concept. Children are individuals with their own lives and they have the right to maintain their privacy. If you violate that, you aren’t that good of a parent as you thought you were.

Privacy is a very serious matter. If your child has turned into an adult now but you’re still having control issues with them, you need help. This woman on Reddit shared her story about her mother and doctor violating her privacy. She lashed out at them and asked if she was wrong for doing so. Scroll down below to read the whole story and decide for yourself: 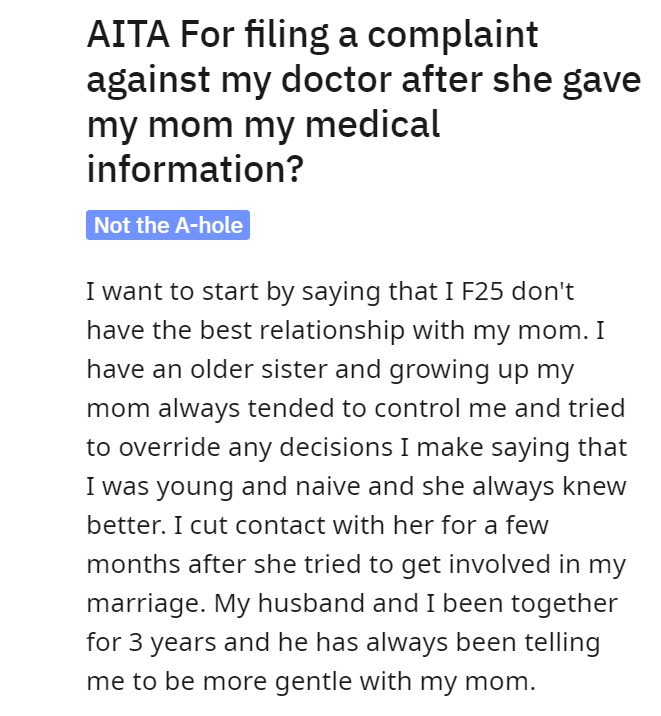 The woman suffered a miscarriage and decided not to tell anyone as she was facing a lot of complications and wasn’t ready to face anyone yet. 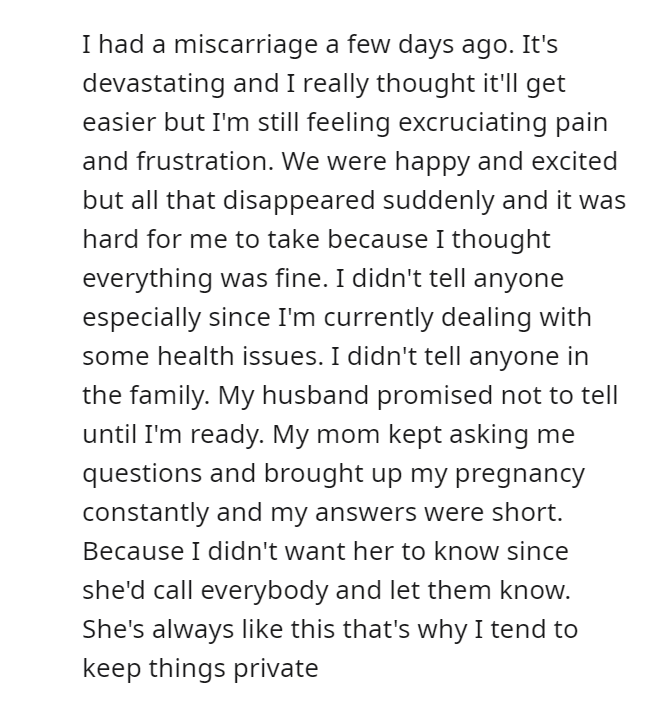 She found out through Facebook that her mother had publicly announced her miscarriage on her page and was berating her for not telling anyone about it. 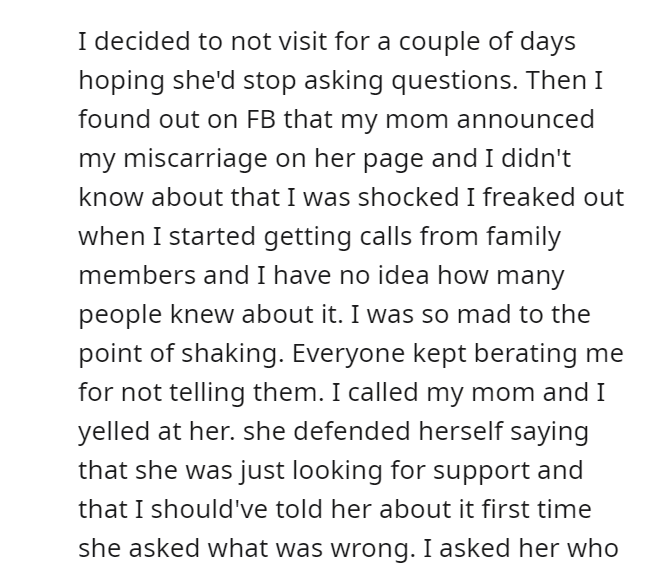 Her mother defended herself saying she had the right to know because she is her mother.

The woman lashed out at the doctor as well for disclosing her personal medical information to her mother. 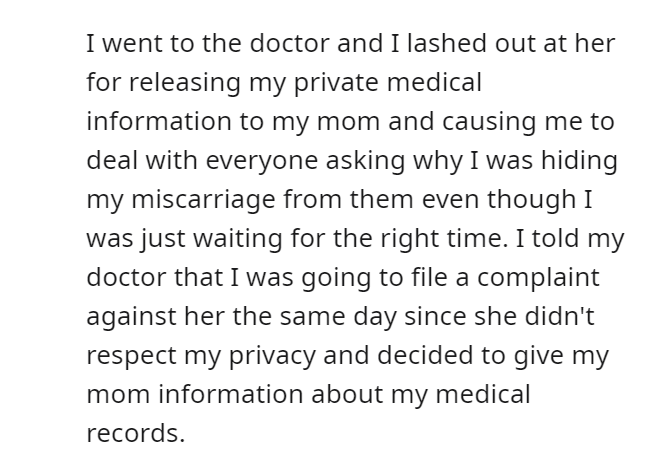 Her mother argued that it wasn’t the doctor’s fault because they were friends and the woman is just overreacting. 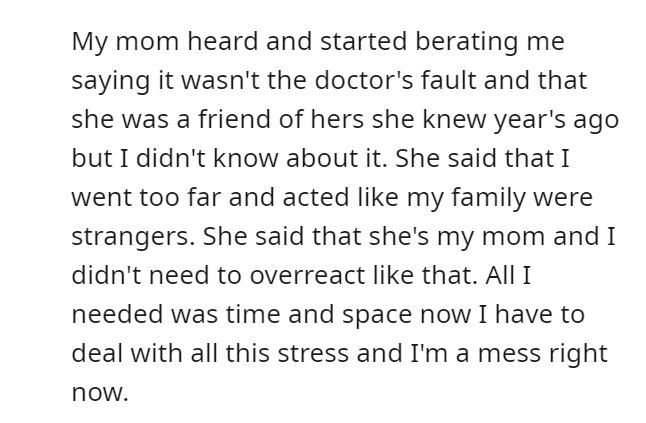 Her family was guilt-tripping her and making her believe that she is being hostile for no reason. 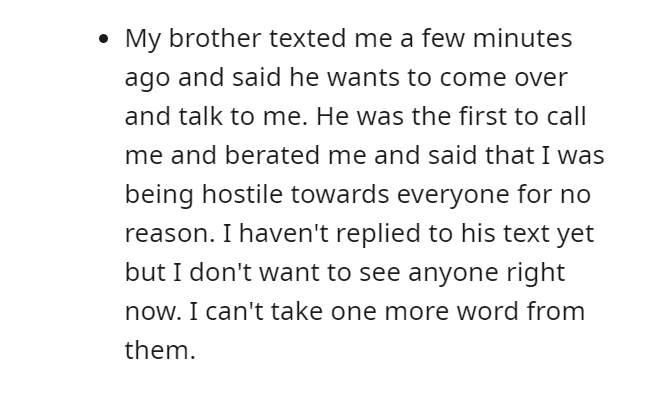 That is a toxic family at it’s finest. Not caring about someone’s privacy and feelings just makes you an awful person. The woman needed time and space to deal with her loss and the family just made it worse by creating so much drama. In my opinion, her mother is extremely selfish and the doctor is unprofessional and should be reported. The woman is not to blame for any of this. 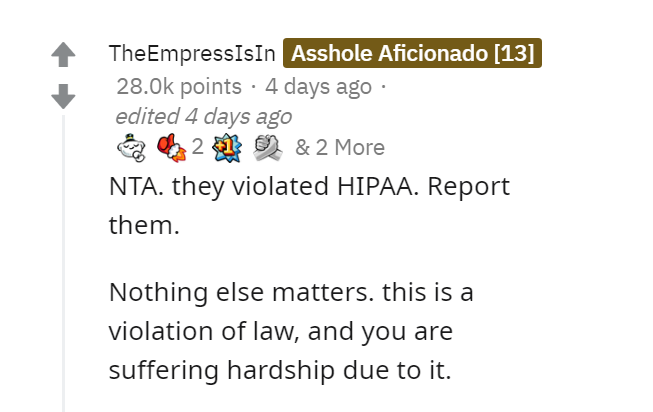 The doctor should not be in practice.

The poor woman has been manipulated so bad into believing that she might be in the wrong here. 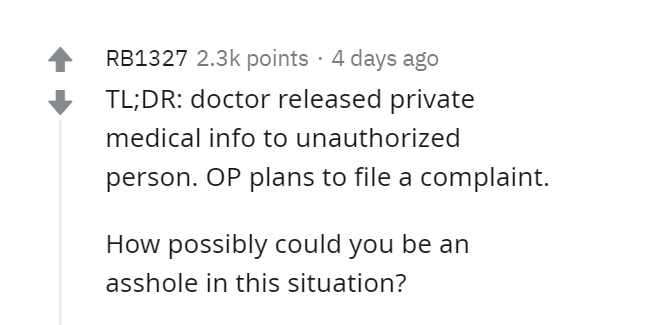 Doctor-patient confidentiality should be respected.

The doctor should be reported so she learns her lesson. 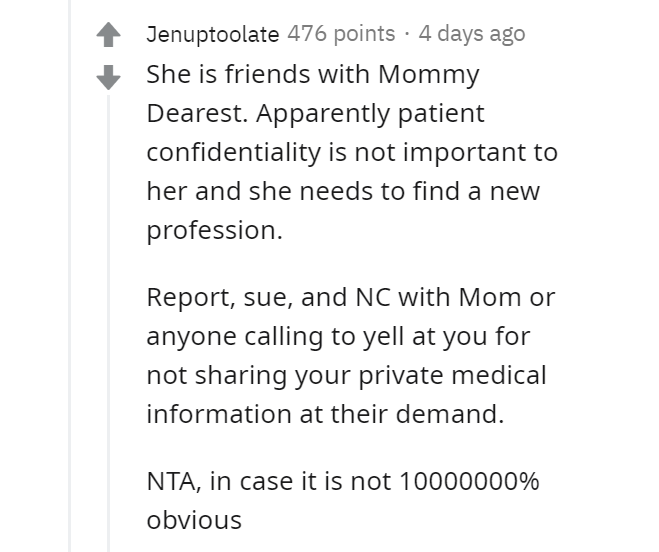 Her family needs to learn about boundaries. 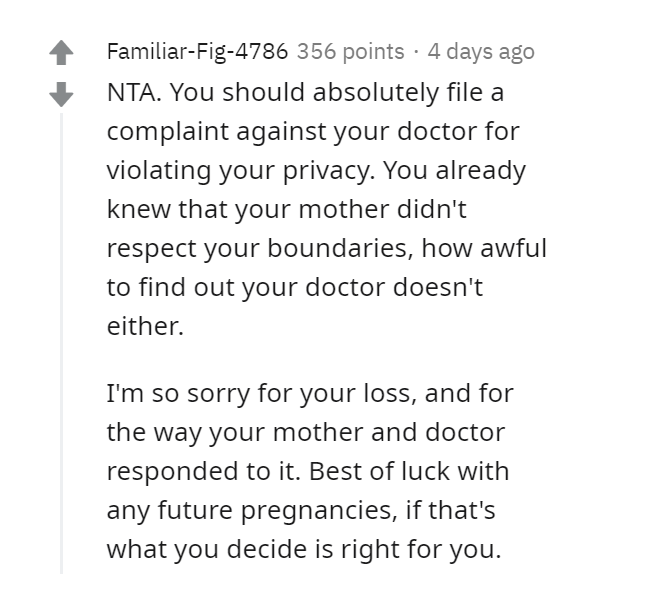 Your daughter does not owe you anything just because you are related to her by blood. 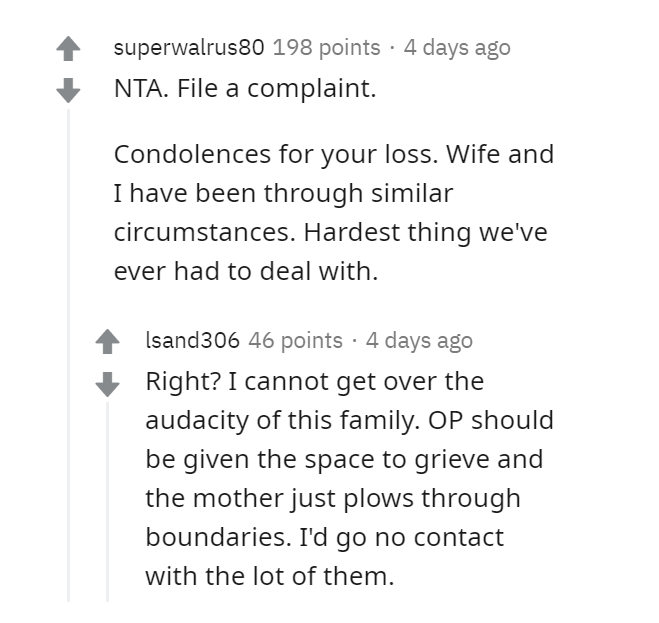 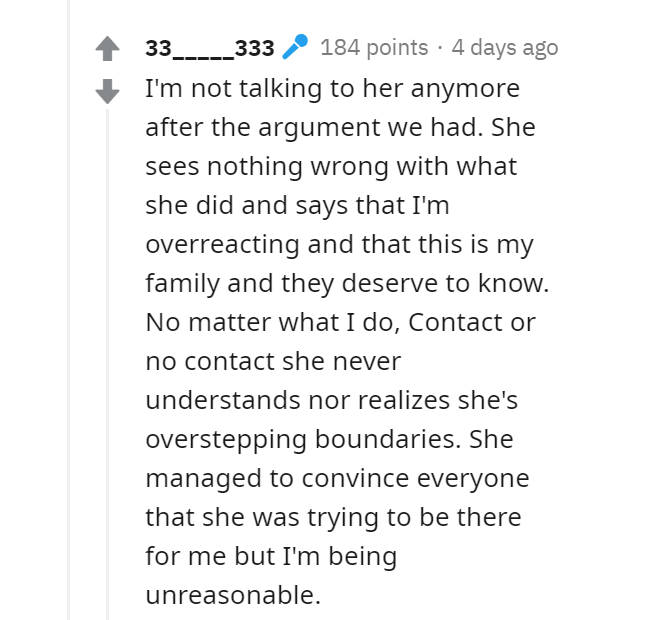 Do you think the woman should report the doctor? Was her mother wrong for violating her privacy like that? Share your opinions on this matter with us in the comments below.