I know we have been taught that quitters are losers but that is not correct. I understand that giving it your all is a good thing but sometimes you realize that a particular job just isn’t for you. And if that is true, it is okay to quit before you start hating yourself even more. Most adults these days are working in places where they hate their jobs and the people they work with.

And they feel like they are stuck and can’t get out. Although this is true most of the time since finding a new job isn’t as easy in this economy but other times we are just afraid of change and the risk that comes with doing what we love. Not all of us are lucky enough to be doing what we love. However, it is impossible to be happy if you don’t stand up for yourself once in a while.

That is exactly what these people did. And the reason we have these responses is that Jimmy Fallon from The Tonight Shows asked his audience to share the reason they had quit their jobs. People had a lot to say varying from hilarious to concerning. So scroll on below and take a look. 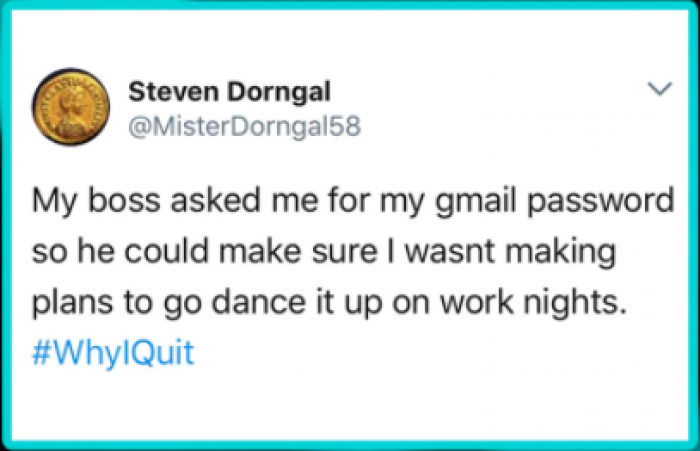 But I am curious as to how Gmail is supposed to know when you are going out.

#2 Then start another company that uses leaves. 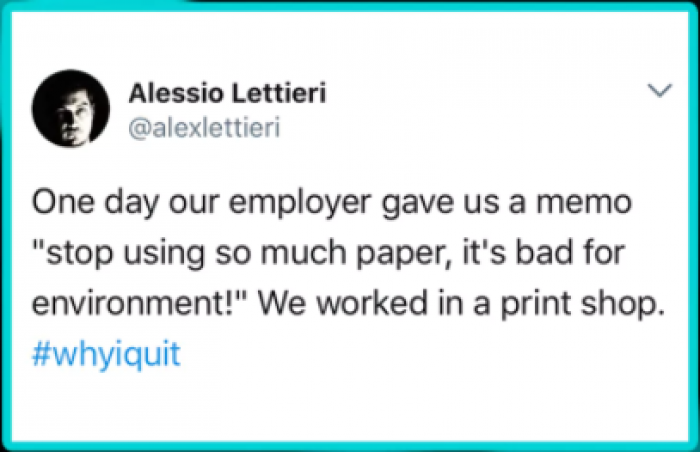 #3 That makes no sense and how arrogant do you have to be to ask that? 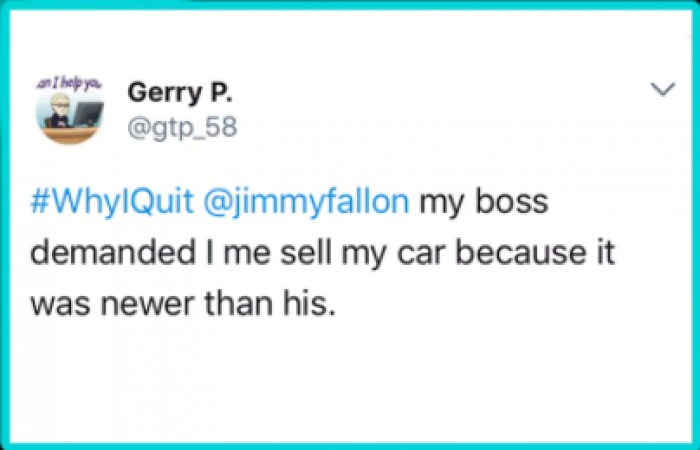 #4 Maybe she had hearing loss? 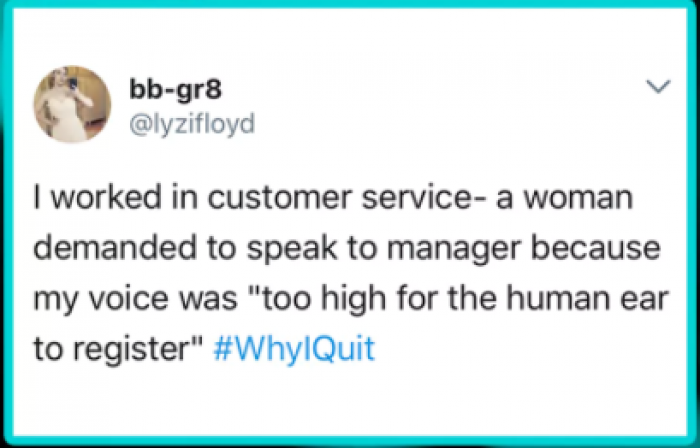 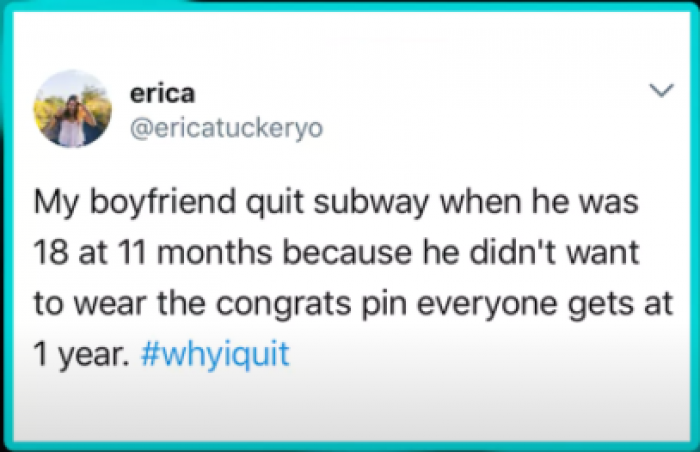 Did he feel ashamed that he had been working at the subway for more than a year?

#6 Actually security jobs are the best, especially at night. 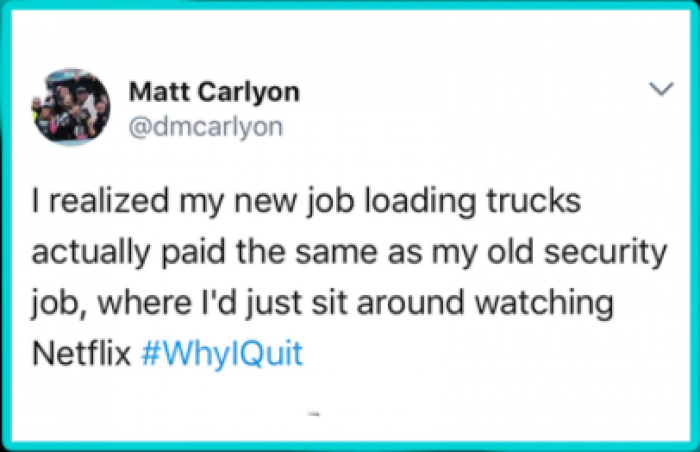 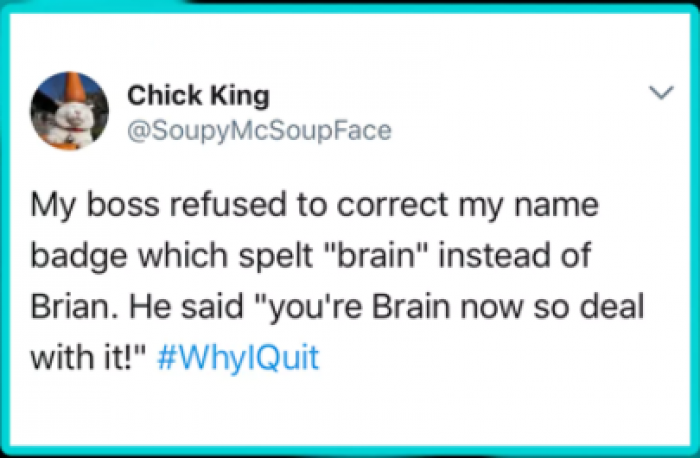 #8 Sounds like this kid is on his way to becoming a psychopath. 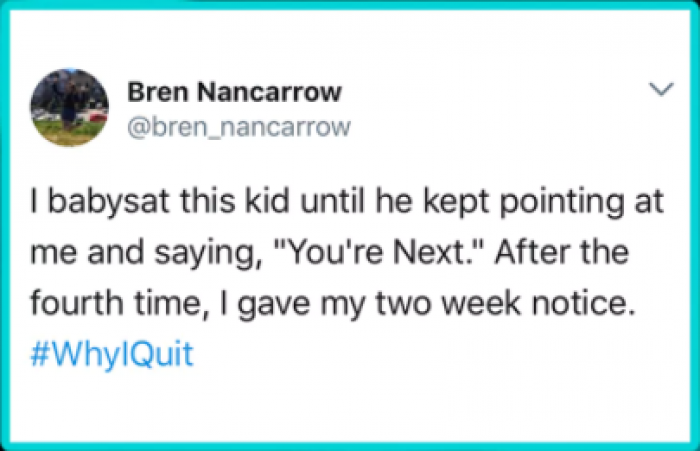 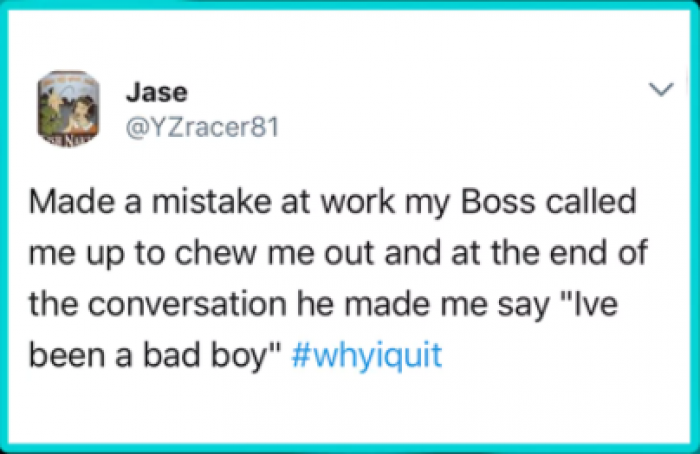 #10 That would be humiliating for the waiter. 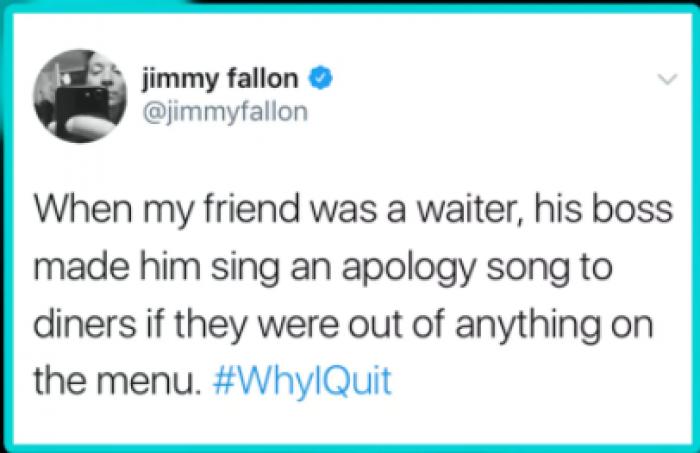 Especially if they don’t have the best voice.

#11 Sometimes you need a break to rest. 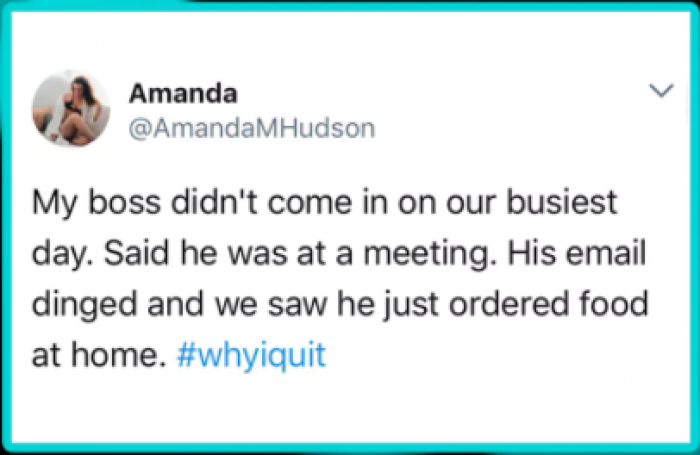 #12 Is that even allowed? There have to be some laws against that. 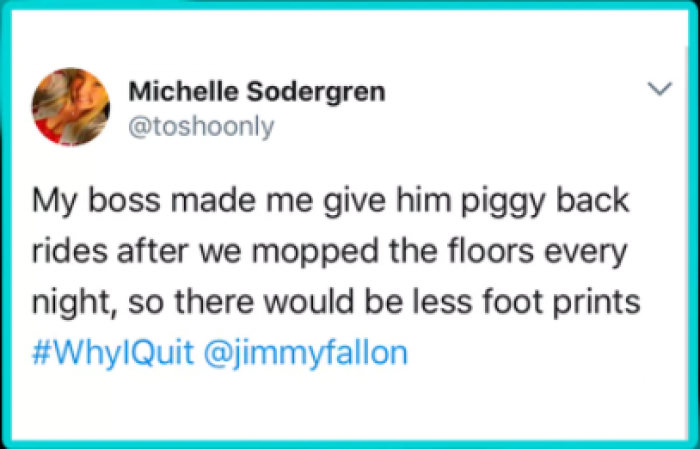 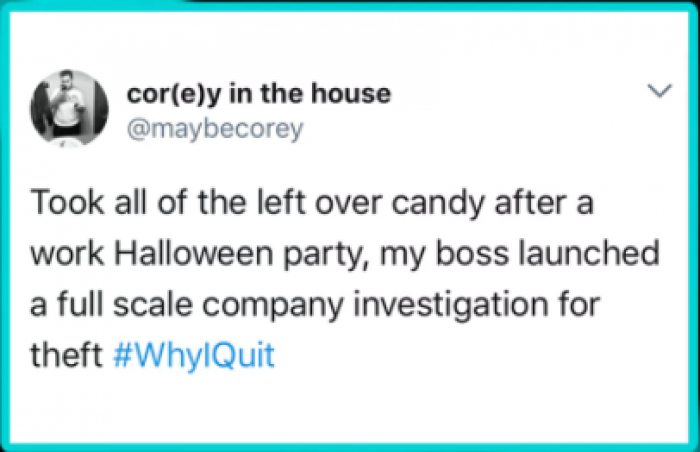 #14 Sounds very confusing for everyone. 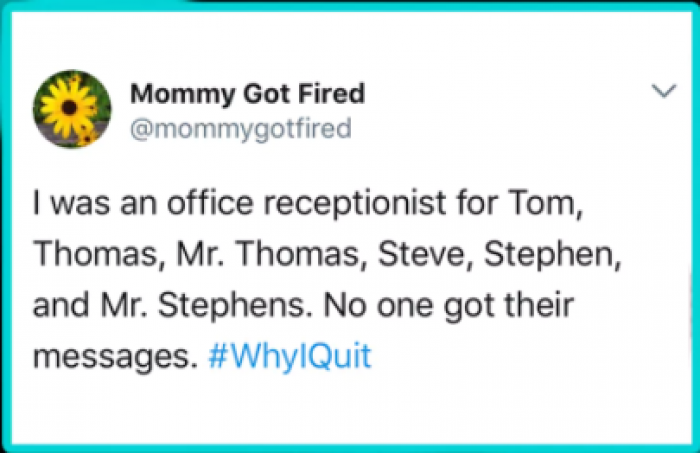 Why not share your reasons as to why you quit your job? Let us know in the comments below.