It feels really good to finally put a spoiled brat in their place.

Some people are just overgrown toddlers that can not take no for an answer. You can not reason with them as they feel like the world owes them something. This kind of behaviour starts from home when parents just don’t tell their child “no” every now and then. Since they were always given what they wanted, they never realised this can’t work in the real world. You can not walk around expecting people to do whatever you say just because you said so. You won’t get anything unless you have earned it. However, some people never got the memo and still act entitled in public.

This guy on Reddit shared his story of coming across an entitled customer who wouldn’t let anyone come near the jukebox. He took revenge from the customer in the best way possible. Scroll down below to read the whole story:

The guy was a bartender but it was his day off, so he was just enjoying a few drinks that night. 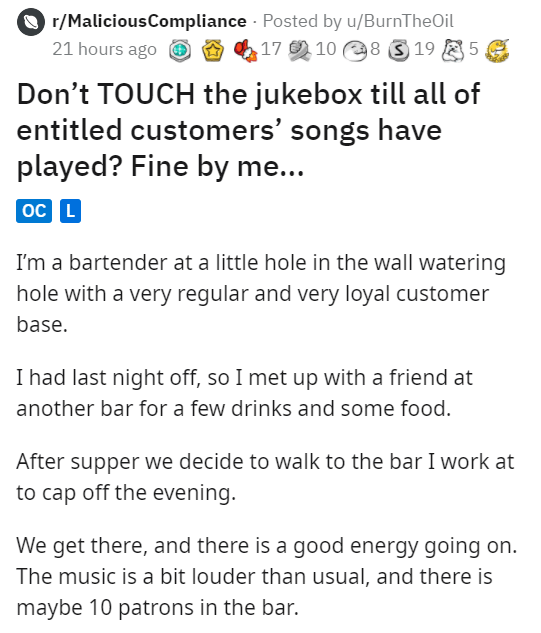 There was another wealthy customer there who had taken over the jukebox. He put 63 credits in it and wouldn’t let anyone touch the jukebox. 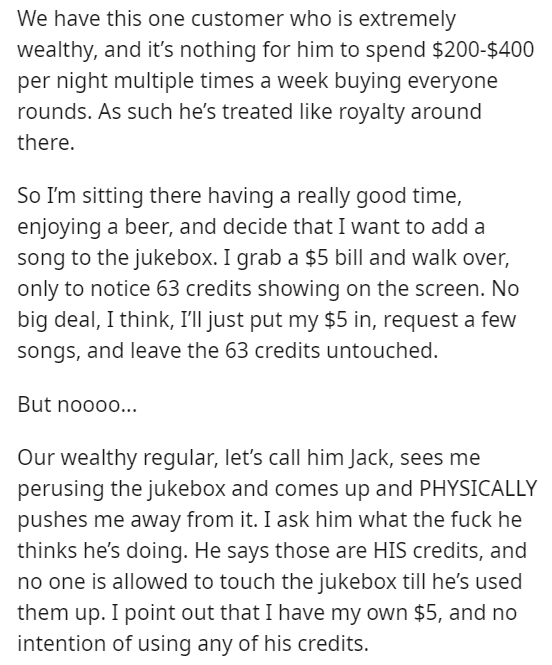 That’s when the guy came up with his revenge plan and downloaded an app to mess with the jukebox. 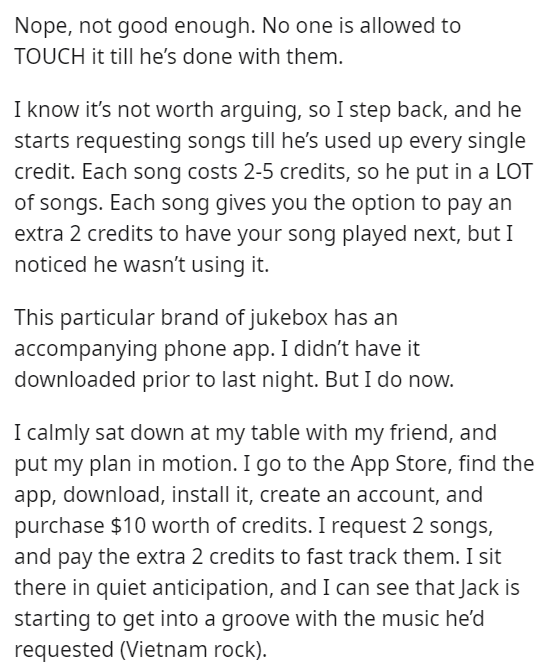 And the guy started playing the best songs known to mankind, one by one, just to mess with the entitled customer. 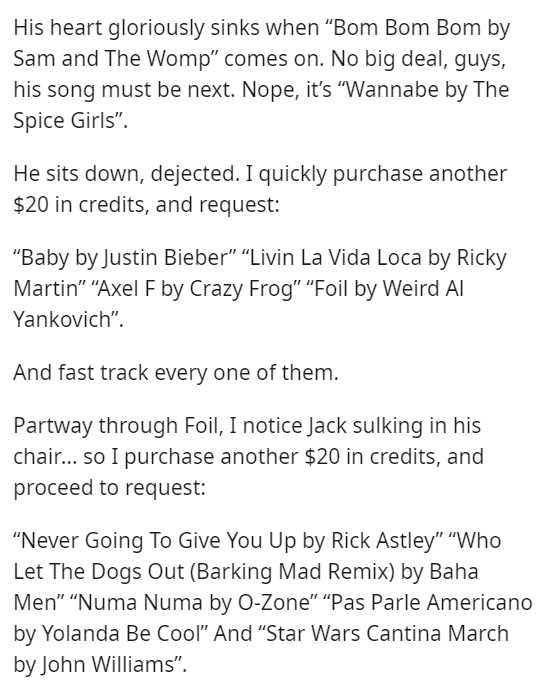 The staff tried to “fix” the jukebox but nothing worked. Until one of his coworkers realised what was going on and confronted him, but he walked out afterwards. 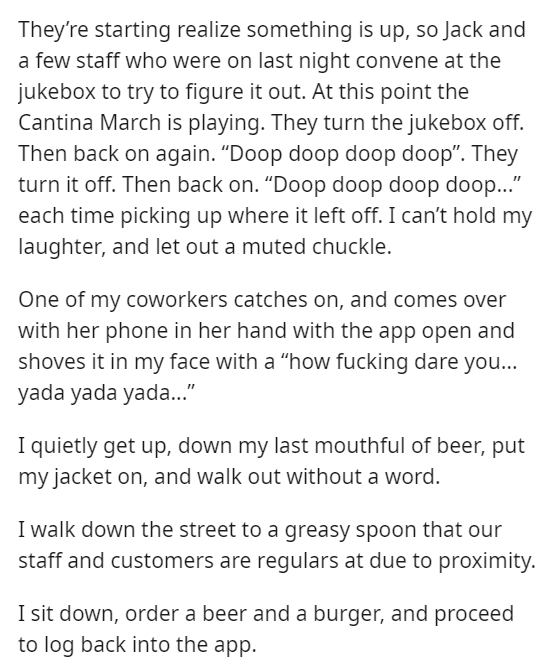 So he left with one final gift for the customer and called it a night. 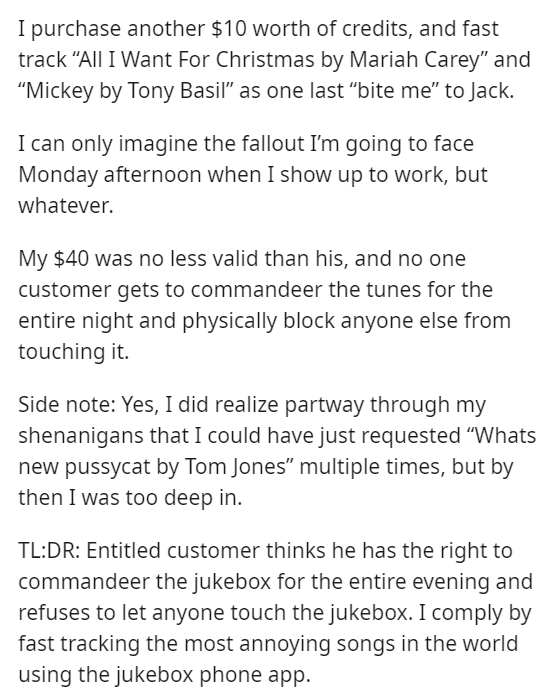 The customer completely deserved this after his entitled behaviour. If he wanted to enjoy his songs, he could have just politely asked the guy to wait for a while, but instead, he physically pushed him away from the jukebox. So whatever he got, later on, was very well deserved.

This is what other Redditors had to say about the revenge story: 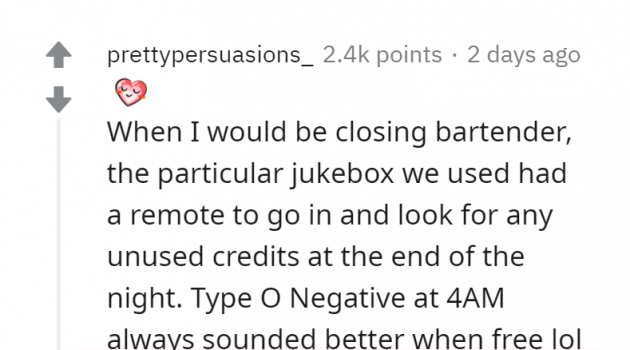 Some shared their own experience. 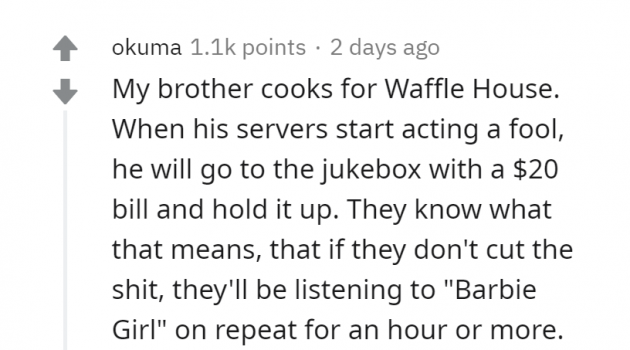 There were other song suggestions.

He should just deny any accusations.

We hope he doesn’t get into trouble.

The screams would have been worse than death metal screams. 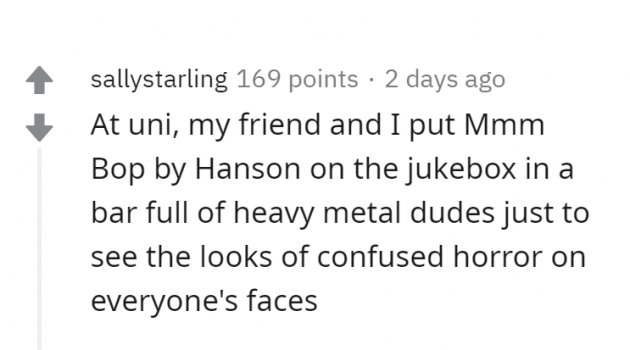 Those were the real winners. 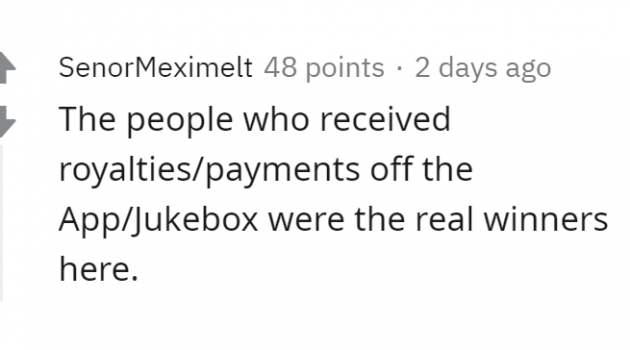 Do you think the entitled customer deserved it? Share your thoughts with us in the comments below.