If you’ve ever faced a scammer before, you know how helpless you can be sometimes.

The world is corrupt and people are evil. We put our trust in people thinking they will be as good to us as we are to them. Believing there is good left in people can result in them taking advantage of us. Sometimes being nice can also mean you are very naive. However, sometimes you have to trust people if you are making agreements with them. If they end up scamming you and you have no money to sue them, you will be left helpless. At times like these, you have to accept defeat. Taking revenge from people like that can be very powerful, especially because they will now think twice before committing fraud again.

This User on Reddit posted in the ProRevenge Subreddit their story of facing a rent scammer. They went through a lot of misery, but thankfully they had enough help to teach the scammer a lesson. Scroll down below to read the whole story:

The person was a fresh graduate and was just starting off in life. 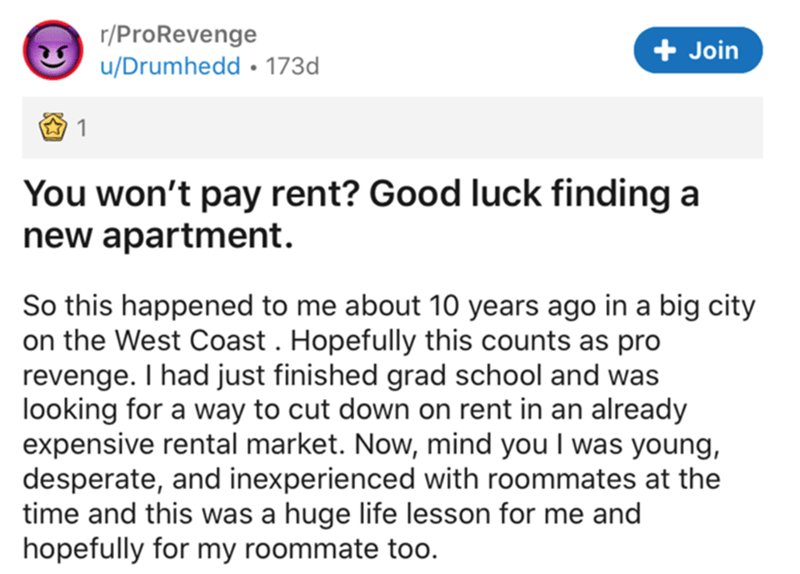 They placed an ad for a roommate and made an agreement with a woman to split the bills.

But they immediately regretted their decision as the woman refused to pay rent by making excuses. To top it all off, they would also cause them a lot of property damage too. 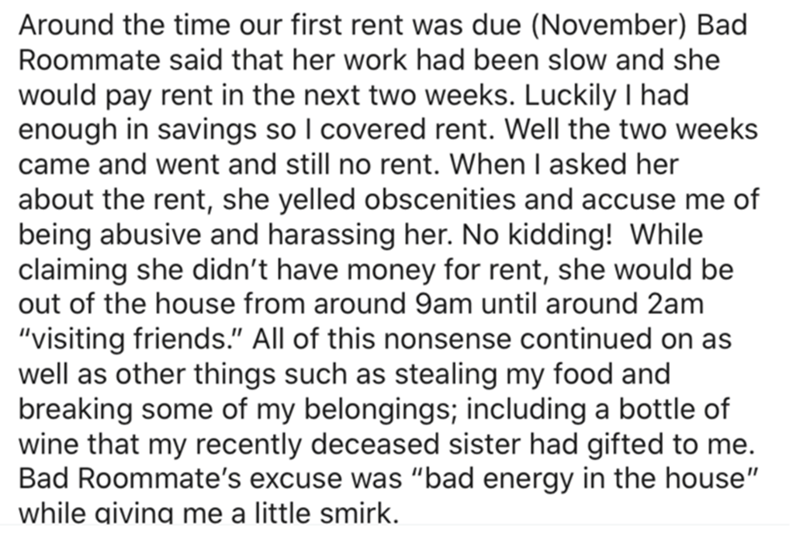 The woman didn’t pay rent the second month as well, and would falsely accuse the person whenever they tried to confront her. 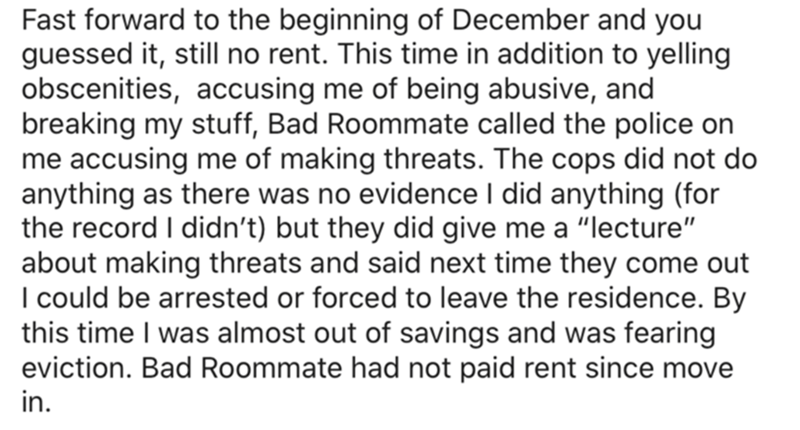 But she finally struck a nerve when the person caught her being cruel to their cats.

That is when the person thought of a plan with the help of their best friend’s attorney father. 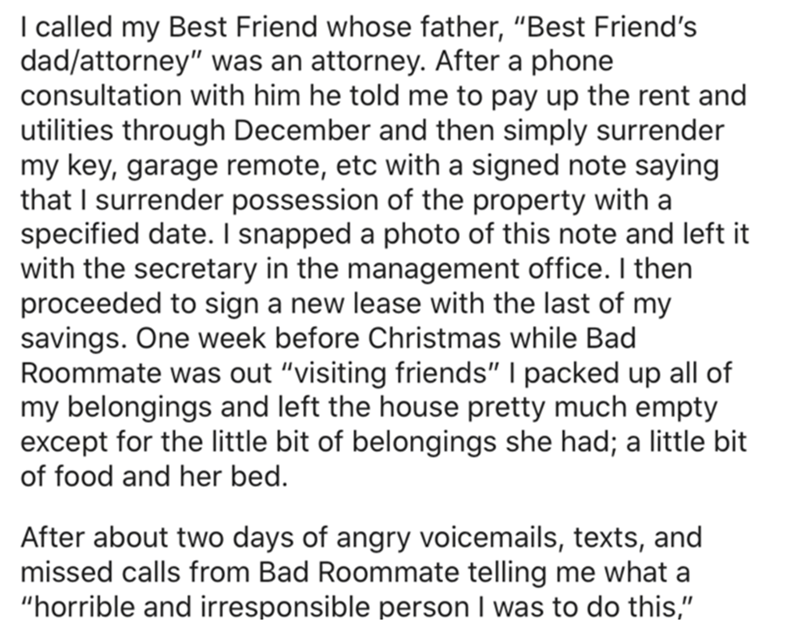 There were legal proceedings and it didn’t go in the woman’s favour at all. 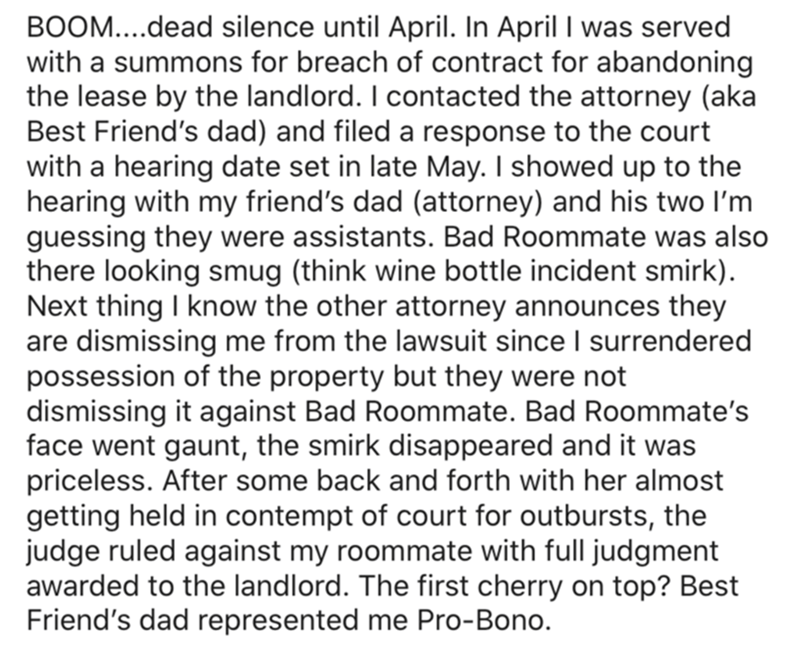 The woman’s life just spiralled downwards after that.

However, the person also had to face a few consequences, but they got their revenge in the end. 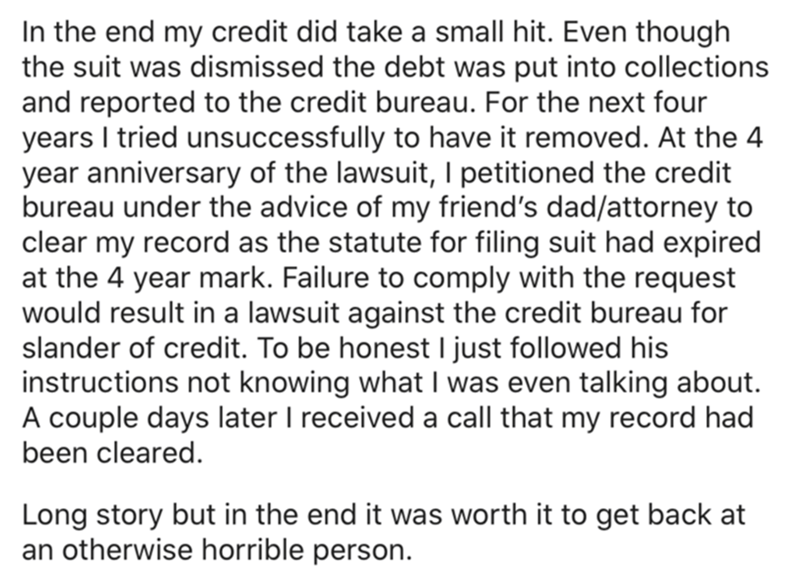 How can it be so easy for people to just use someone like that? You must really have no morals and be dead inside to scam someone. But what goes around comes around. We can never get too far away by doing someone wrong. Karma will get you, and it won’t be long till you have to face the consequences of your actions.

You definitely draw a line there.

It surely seems like she has drug-related problems, judging from her behaviour. 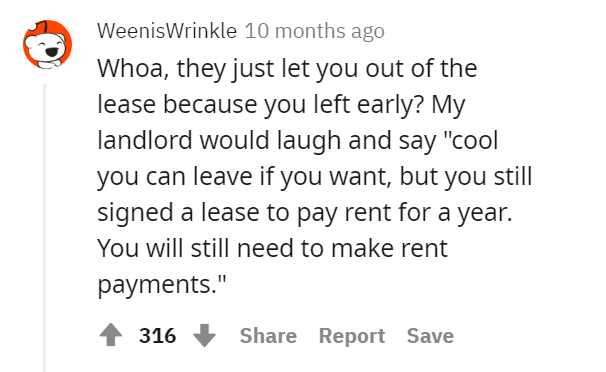 It is important to know someone who can help you in hard times. 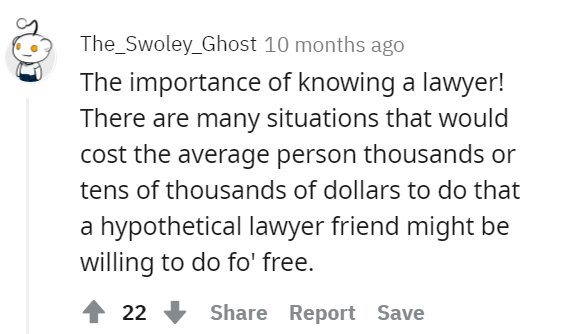 This woman needs to know that the world owes her nothing. 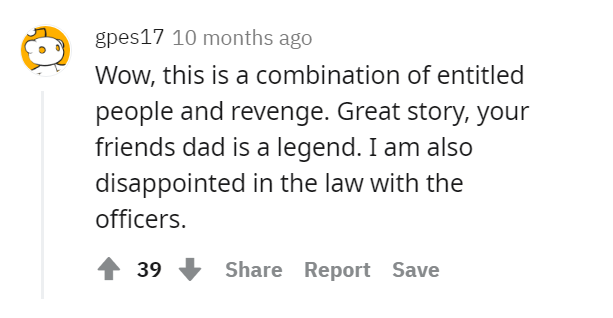 What logic did she even use? 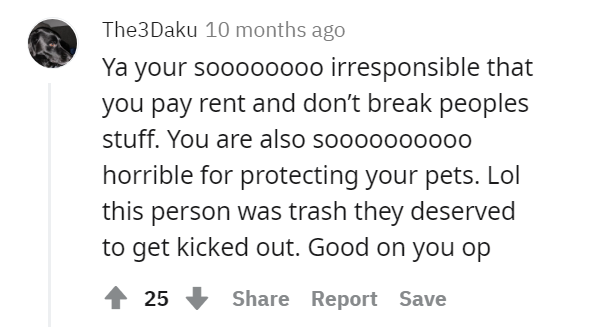 This person was lucky to have gotten rid of her without suffering too much of a loss.

Good lawyers save the day in the end. 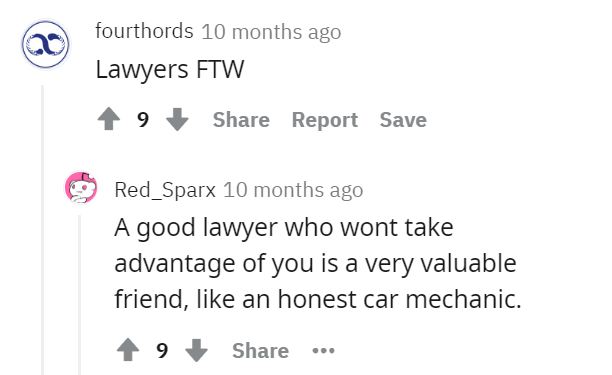 Do you think this person did the right thing? Share your opinions with us in the comments below.