On the contrary, we have so many stories of people complaining about their neighbors. It honestly does seem like it is a universal feeling to hate on your neighbors. I am not saying this hate is unwarranted either as they give us so many reasons to dislike them. While, I do usually say that we should never fight fire with fire, sometimes it is the only way. Especially if your neighbors are being way too rude without any reason.

That is what happens in this particular story. You see the poster of this r4eddit story had a grumpy neighbor who lived beside them. And while they never had a good relationship, everything was turned up to 11 on the day of a birthday party. Now this happened in the 90’s so this was a while ago but this story is just as good as it was back then. So if you want to read a petty revenge story, you have come to the right place.

Just scroll below to take a look for yourself.

This is just the start and this particular revenge really is great.

We have a little bit of information as to where this event took place.

We also come to understand that these people enjoyed the peace and quiet and hated anyone having a party in their neighborhood. 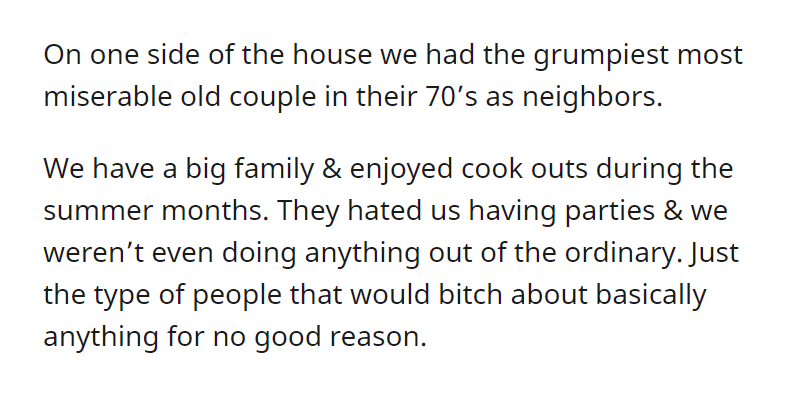 The party was going well until the ball landed in the grumpy neighbor’s backyard and it was never seen again. 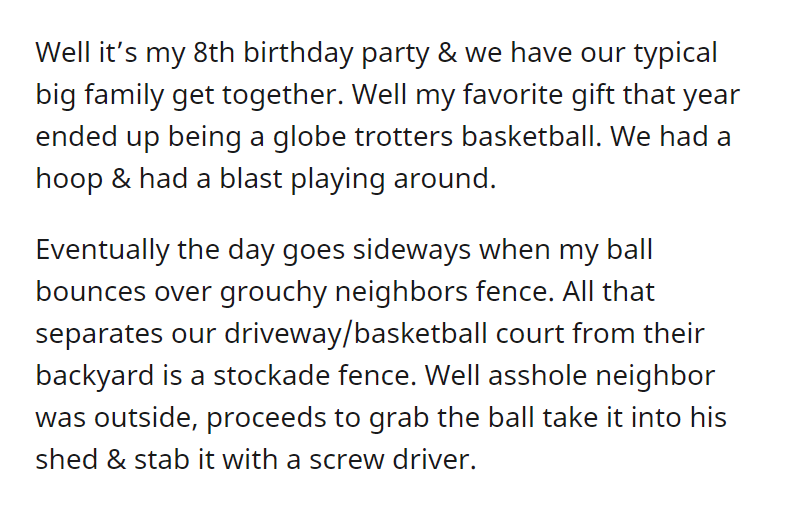 As you can imagine, everyone was pretty angry and decided to do something about their rude neighbors. 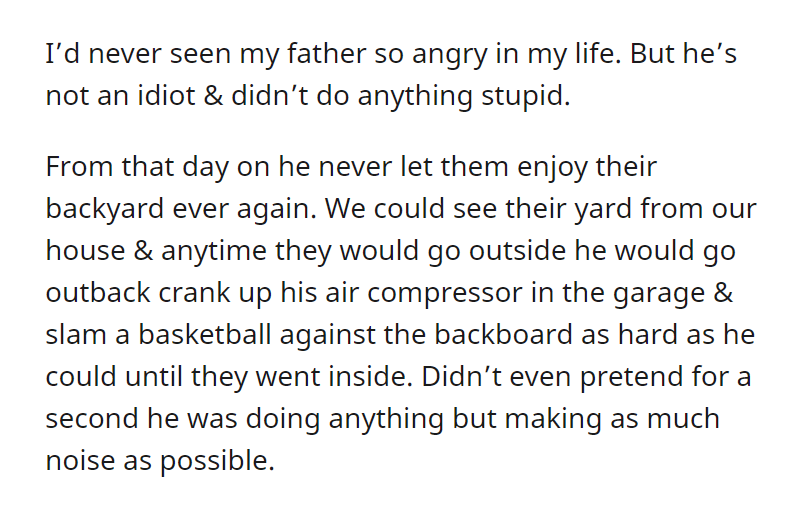 This might be petty revenge but it certainly took a lot of time and effort for 2 years.

I can somewhat see destroying a ball secretly if you have become really pissed off but doing it in front of everyone is just dumb. Did the neighbor really think that he wouldn’t get any retaliation? If this was my parents, they would have caused chaos right there and then rather than waiting for an opportune moment. I bet that the neighbor knew why this was happening in the first place. After all, they did sort of deserve this.

This person tells a story about their own neighbor who turned out to be a pretty okay guy in the end. 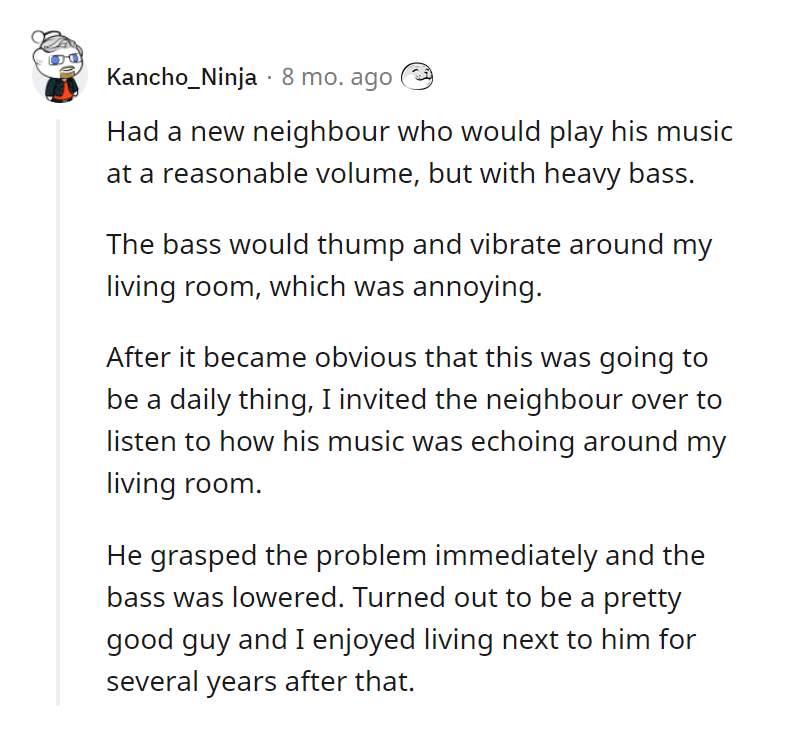 This is certainly one way to talk to your neighbors and politely explain the problem to them. 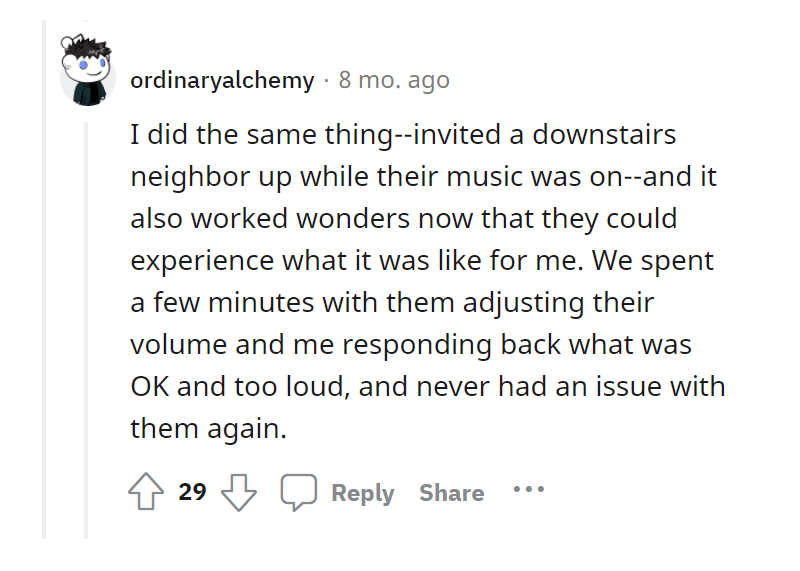 But not everybody listens and some even think that their neighbors are being rude for complaining. 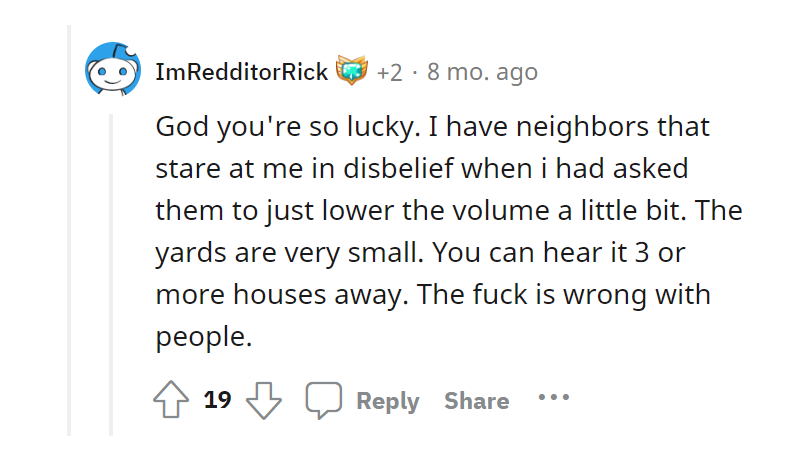 Some people are way too selfish to take anyone else into consideration and that is where the problem lies.

I mean I understand that some people like peace and quiet so you have to make compromises to stay in a good relationship with your neighbors. 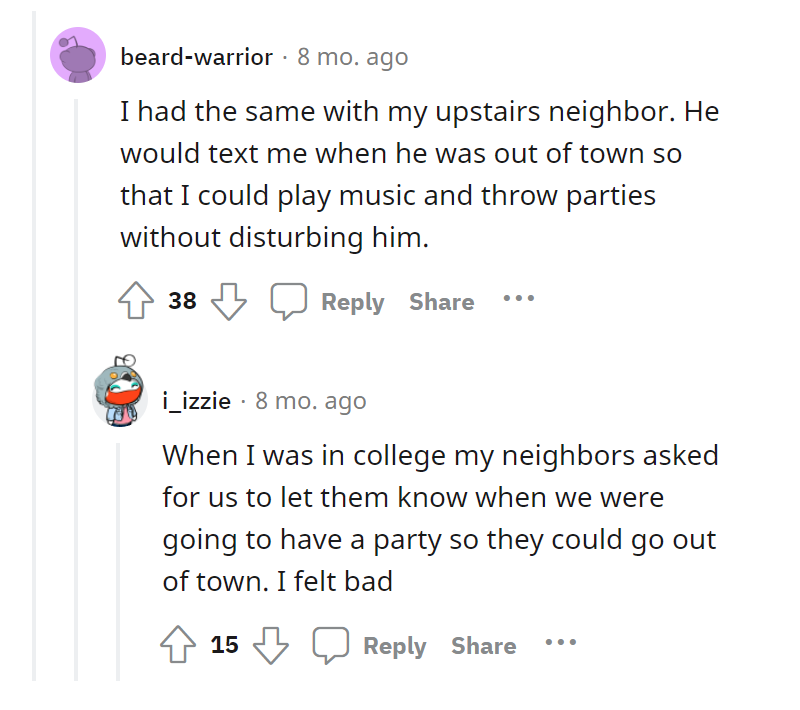 My only question is why would anyone do this? What did they hope to gain from this? 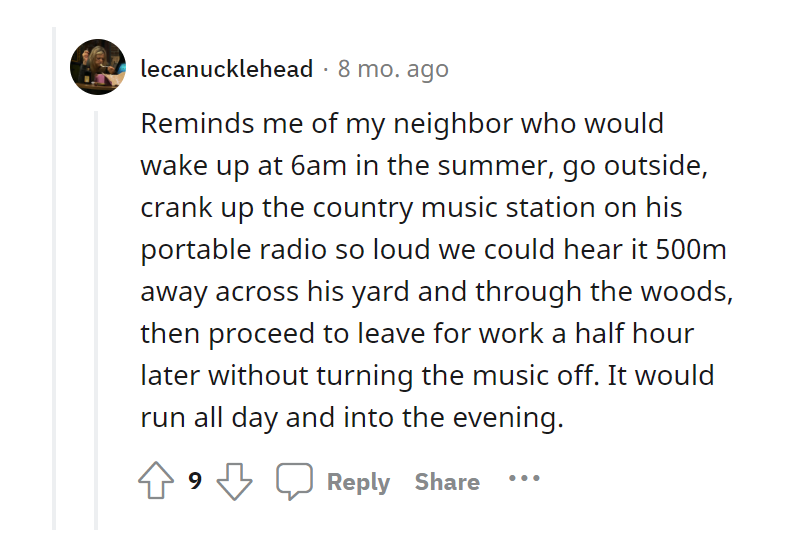 What are your thoughts on this story? Have you ever taken revenge on your neighbors? If so what was the reason and what planning did you do for your revenge bfroe employing it? Let us know in the comments below.