We all know how farts work.

They are a natural function that everyone does and while it is funny when it happens. Most people don’t want everyone to know when they have farted because it can actually be quite embarrassing. Especially if there is a sound that goes along with it. Well, have you ever thought about how Deaf people deal with farts? I mean o course like everybody else. However, they can’t hear so they don’t realize that they have actually made a sound.

I know this sounds like a bizarre thing but a teacher had to explain this exact thing to a deaf kid when they farted and the whole class heard it. They were obviously quite confused as to why everyone was laughing around them and asked the teacher. The teacher then had to employ sign language to explain everything about farts and how it is completely normal. It is just as hilarious as it sounds and you can see for yourself.

Anna was the one who had to explain this to a deaf kid and the whole interaction is almost surreal. 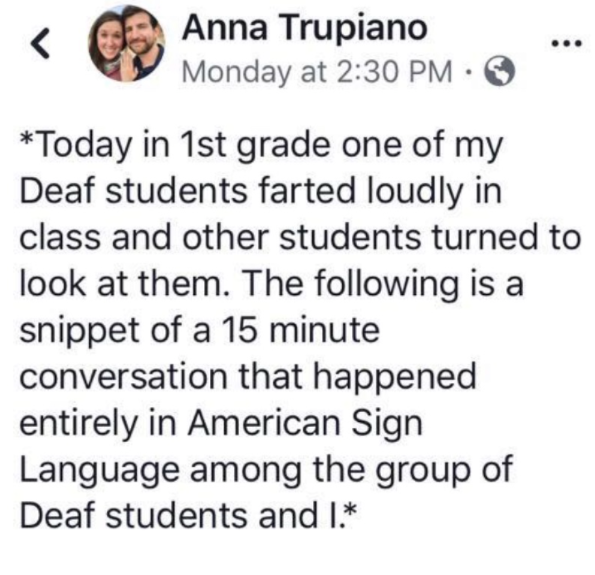 The kid was horrified at learning this tidbit and couldn’t understand the concept. 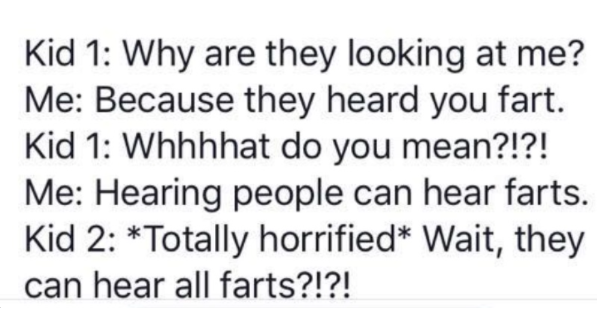 Moreover, she had to elaborate on how only some farts can be heard and others are silent. 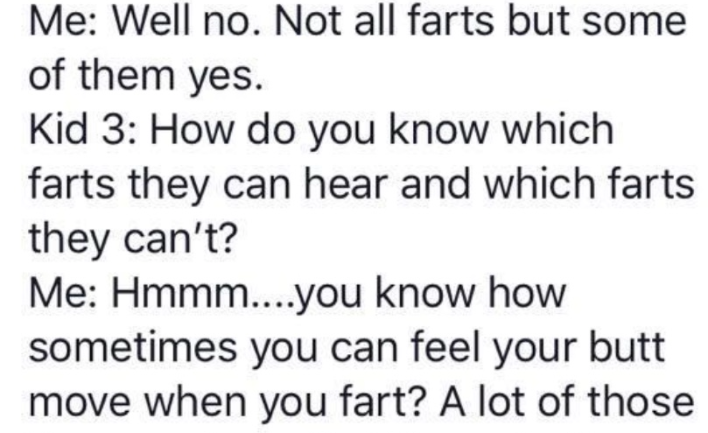 The kid wanted everyone to not listen to it and how it was rude of them. 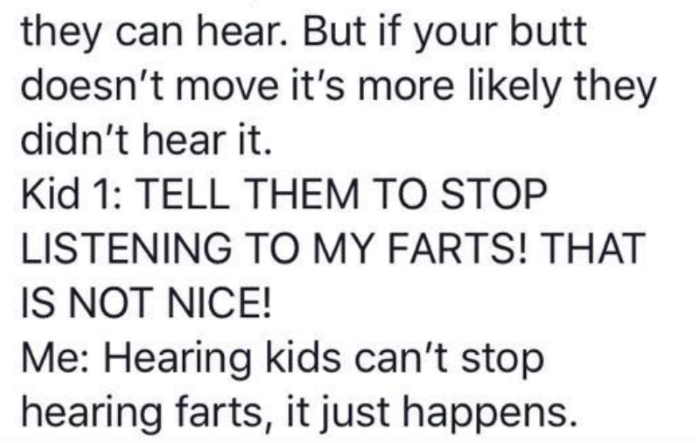 I think it was a powerful lesson on learning perspective– they have learned that what may be insignificant and imperceptible to them may have a profound impact on others. That’s why it’s important to try to understand things from others’ perspectives. –NovemberAlphaMikeEcho

The other kids joined in surprised to learn that it is completely normal and everyone does it. 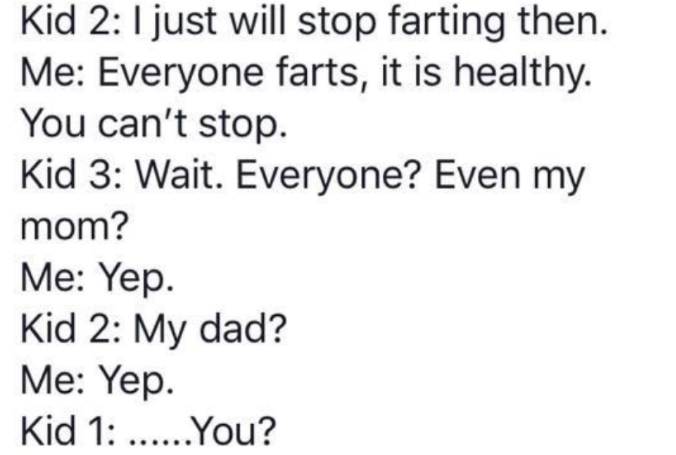 The conversation just continued as they kept asking more questions. 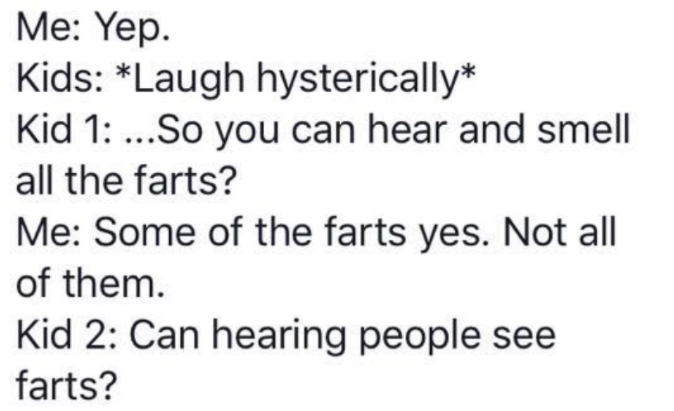 Most kids thought they could actually see farts as well which is horrifying if you ask me. 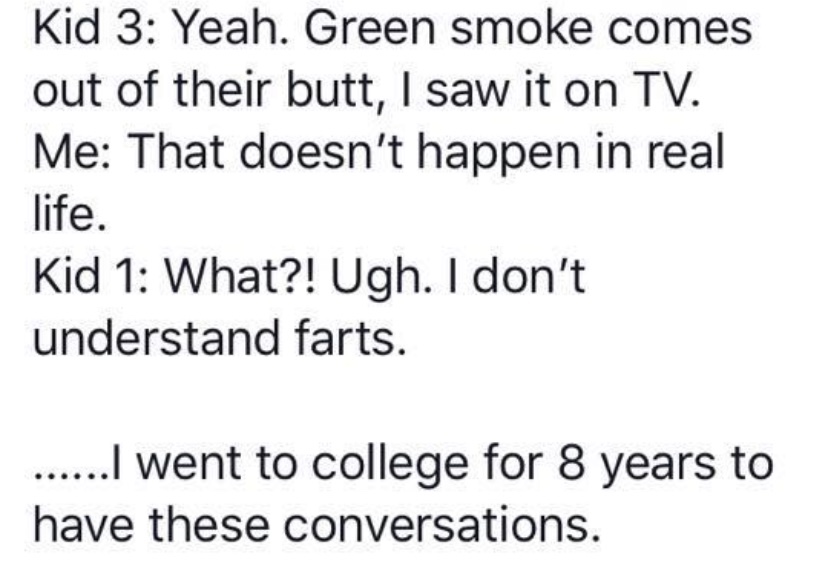 There are conversations like these that restore my faith in humanity. Kids being kids and talking about farts and asking questions like it is the most normal thing to do in a school environment. If you work as a teacher what is the weirdest topic you had to cover with your students? Let us know in the comments below.