I know most people want a permanent job but many of us choose to be freelancers because it is easier to study or divide your time with other important things if you do not have to work each and every day for a fixed time. However, that freedom also comes with less pay or not being paid at all at times. It is crucial that the person sending you the work is trustworthy or you might never get paid at all at the end of the day.

This sort of thing happens in some countries more than others but there are scammers everywhere. And a scammer is what the story today is all about. This isn’t the sort of scam you are thinking about. Nobody called this woman and asked her to send money to fix her computer because she has a fake virus now. No, this scam happened when she did some work for another woman and that person decided not to pay her by the end and started making ridiculous demands.

You can read the full story yourself by scrolling below.

This woman works as a freelancer and she doesn’t even ask for a lot of money when doing her work. 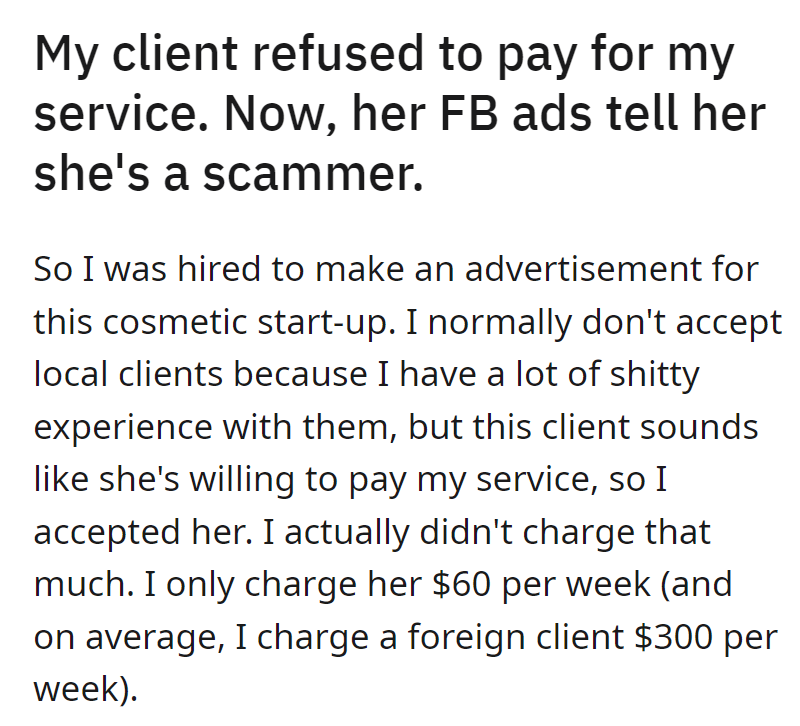 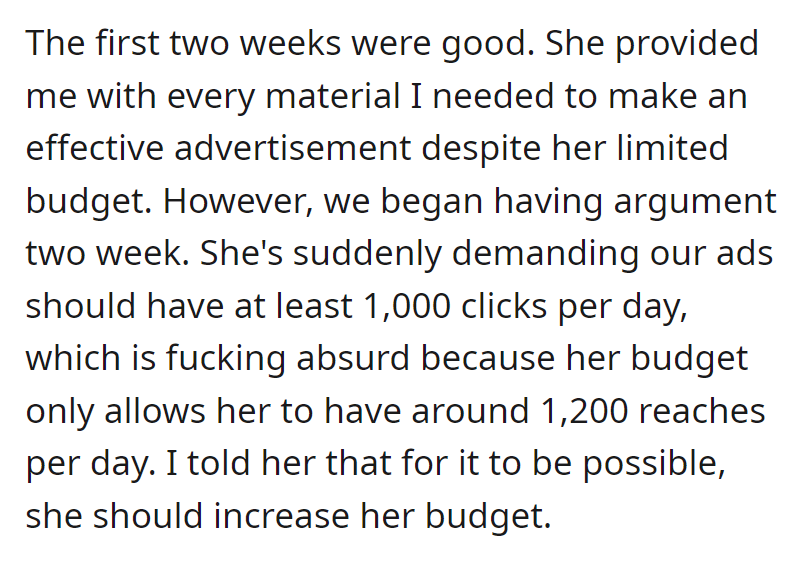 Rather than paying her for what she had done, the client called her a fraud for not providing her with what she wanted.

This is when things took a turn because the poster decided to be petty and get some revenge in lieu of her pay. 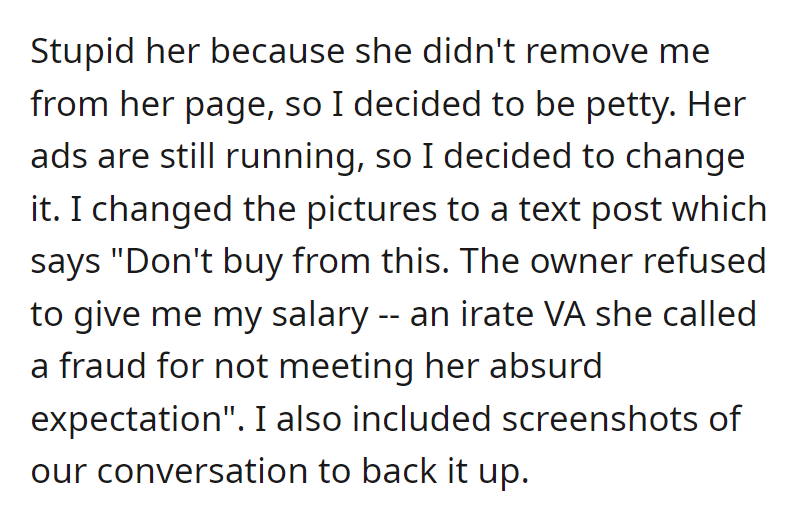 And then she waited for the eventual call but it never came and the story did not end here.

Sadly, the ads didn’t work so now she was left with nothing.

So this is when she shared her story in a Facebook group and it eventually reached the eyes of the client. 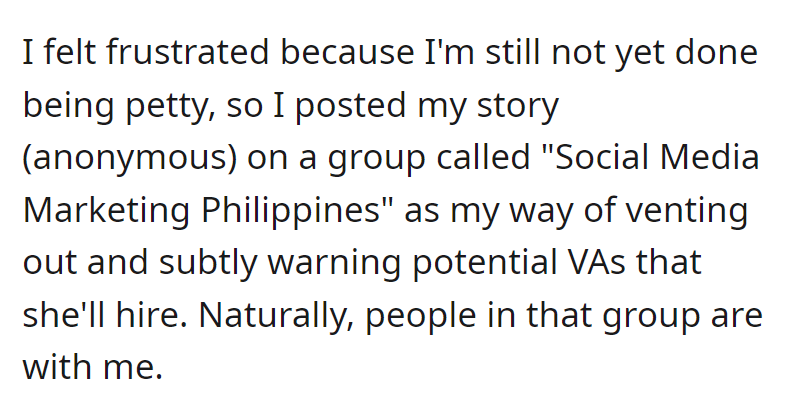 The client did contact her now and the poster laid it all out for her after the client threatened her. 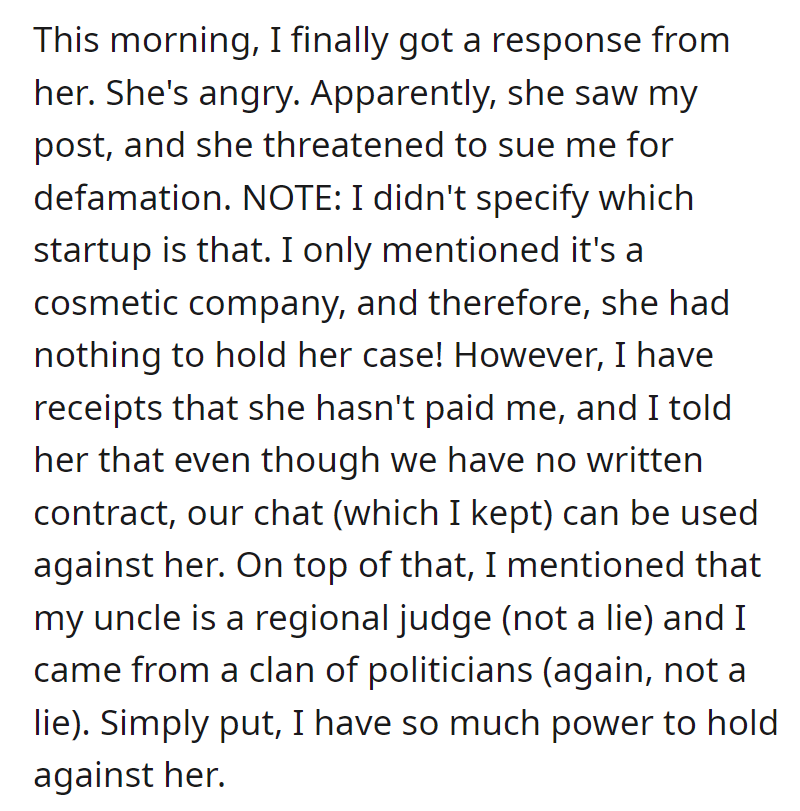 She definitely deserves all of this after what she did. 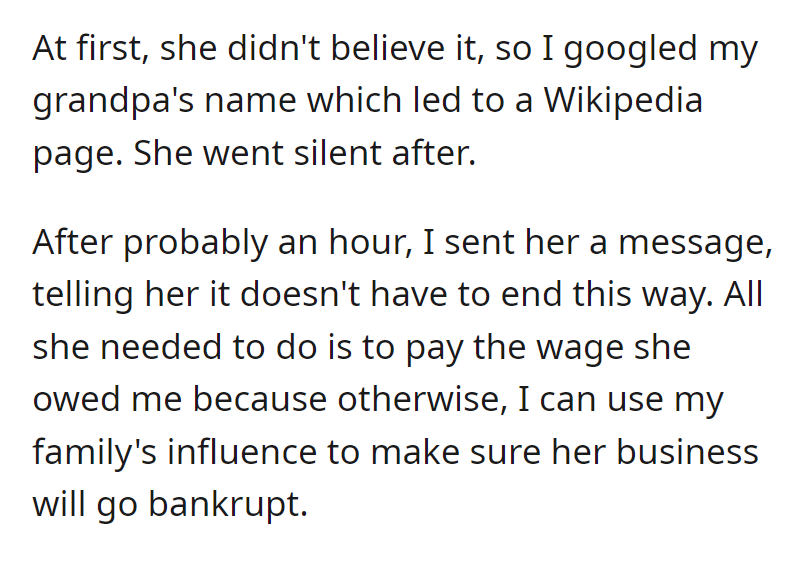 But the poster did get paid at the end of the day. 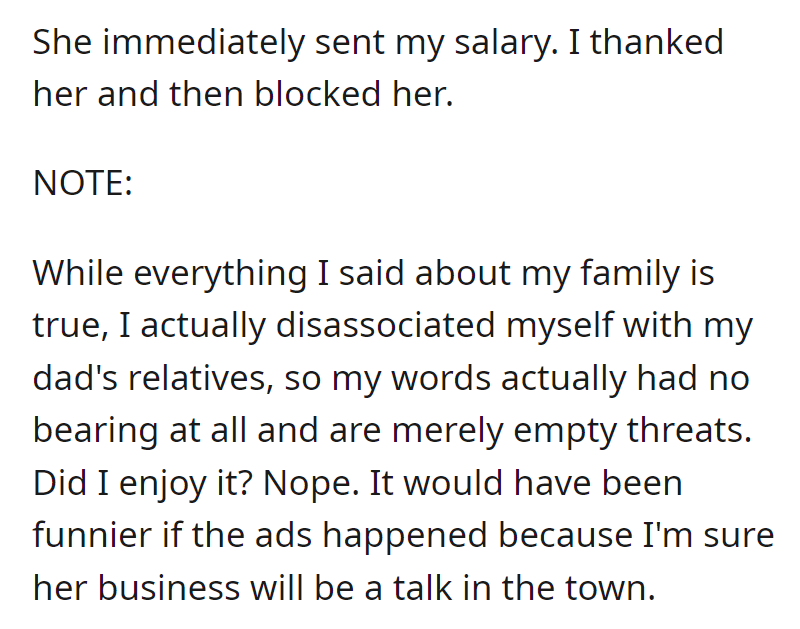 I am sort of sad that the fake adverts didn’t work. I would have loved to see her business take a dip because she is a scammer. I wonder how many times she has done this before and nobody else spoke up about it. In my experience, these sorts of people do this kind of thing a lot and then never pay so I bet she had done this before. At least she ended up with some infamy when it comes to her business and the poster ended up with her fair due.

Honestly, this would have been great but sadly, this isn’t possible. 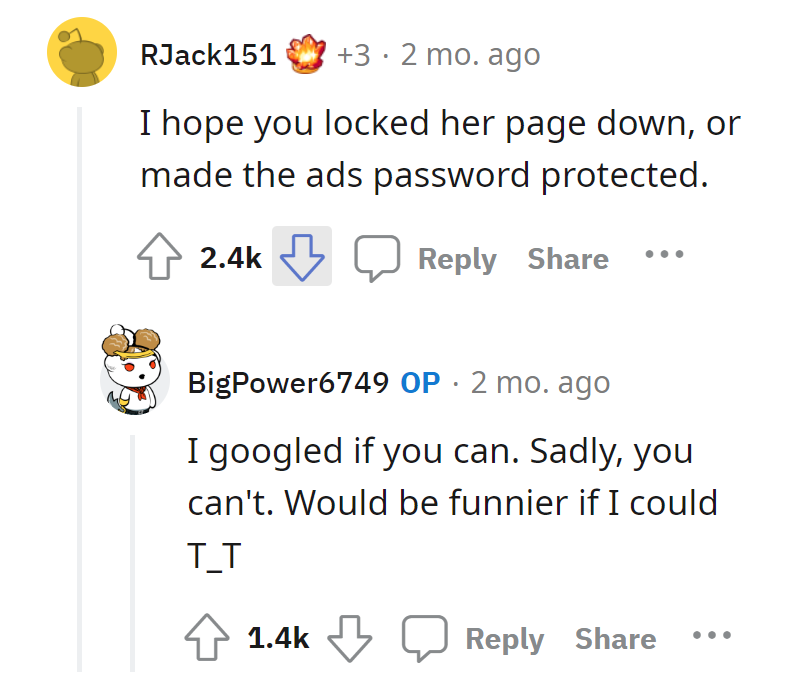 She already posted an update and I hope the poster never hears from her again. 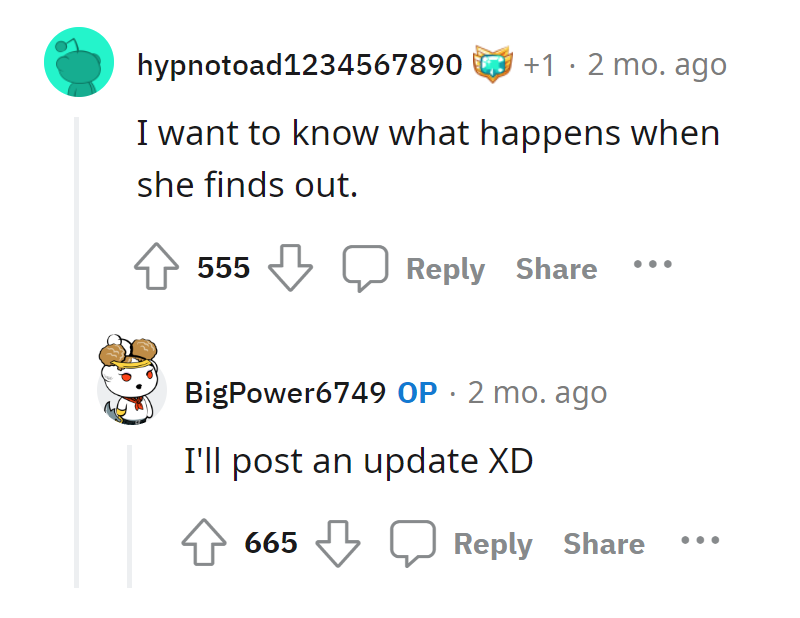 I can never understand how people think this behavior is okay.

What would your reaction be if this happened to you? Would you go after the person who hasn’t paid you or would you let it go? This is why many people ask for half upfront unless they trust the person. Comment down below to let us know what you think about this.