Children are forced on many people.

As I have always said, having children is a choice. And nobody should be forced into it and yet so many people expect others to follow the ‘traditional’ way and do how it has always been done. Don’t get me wrong, I am not at all mocking the traditional family but it should be a person’s choice. However, we all know how so many women preach about how it is unnatural to not want kids. And some even go as far as to say what is the point of being a woman if you are not going to have a child.

So it is even sadder to see that some people have the hear the same thing when they are in a women support group. I am not sure if the member of this group understands what support stands for but what they did in the following isn’t it. Ganging up on someone and forcing your idealogy on them is never okay and shouldn’t be considered so as well.

It sounds like a great idea and who doesn’t need support from time to time? 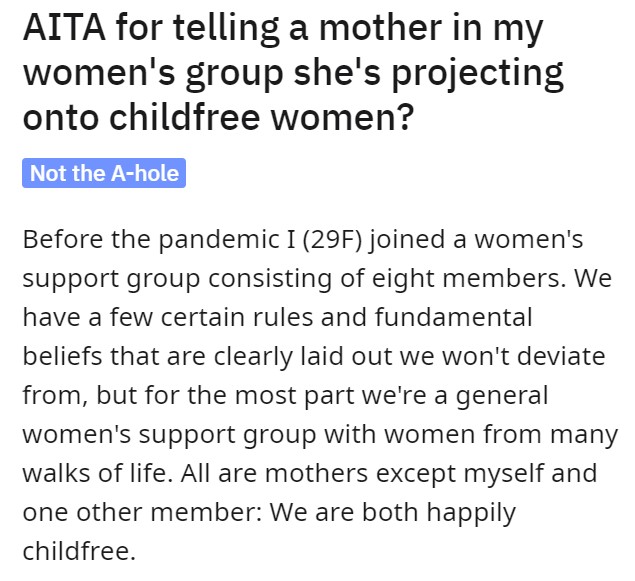 I would be totally fine with that as well. After all, taking care of children can be a full-time job with no breaks.

That is not an okay thing to say generally and definitely not in front of childfree people. 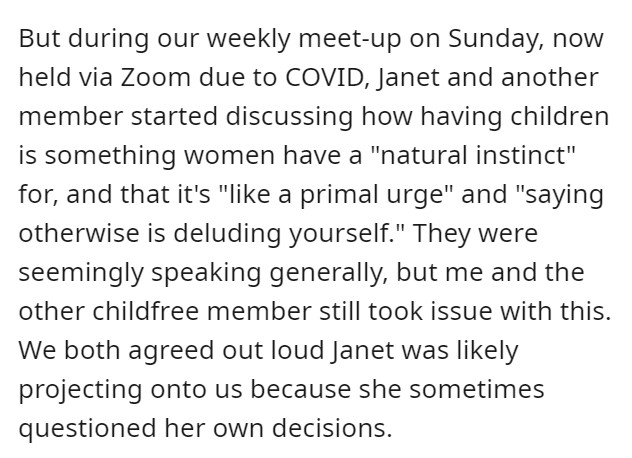 This is just straight-up weird. Aren’t they the ones who life shamed the child-free people first? 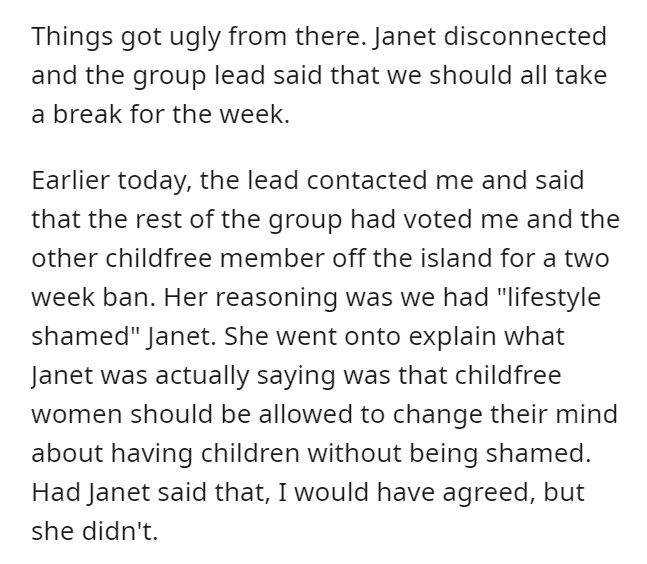 Honestly, it is better than you are out of this toxic environment. 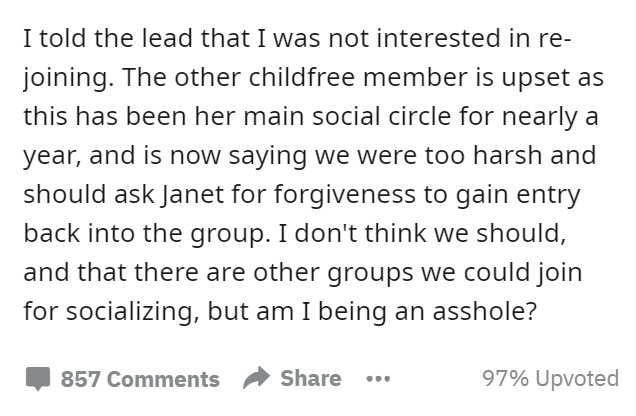 I have never once wanted to carry or give birth to a child. As early as middle school I knew I would only have children through adoption, and even then I didn’t really want them, I just assumed that I would have them cause that’s what you do.

Now I’m firmly childfree no matter what. I’ve realized I have absolutely zero maternal desires or instincts. I like being around kids well enough, and I’m okay with babysitting, but that’s it.

Now, show me a kitten? I immediately melt. –AerialGame 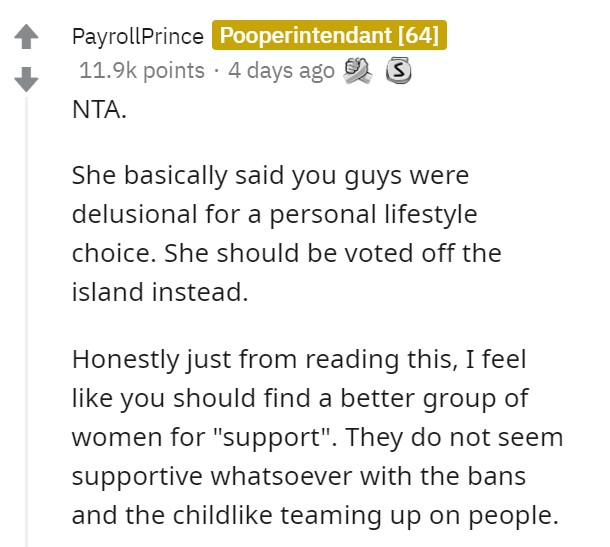 Perhaps a child-free women group? That might be a better option? 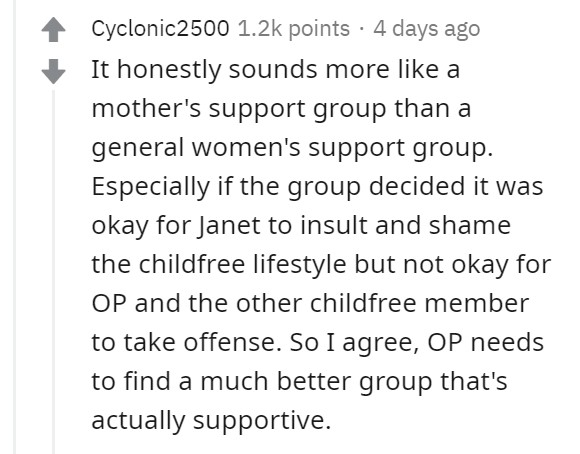 They didn’t even try to work it out without taking a side. 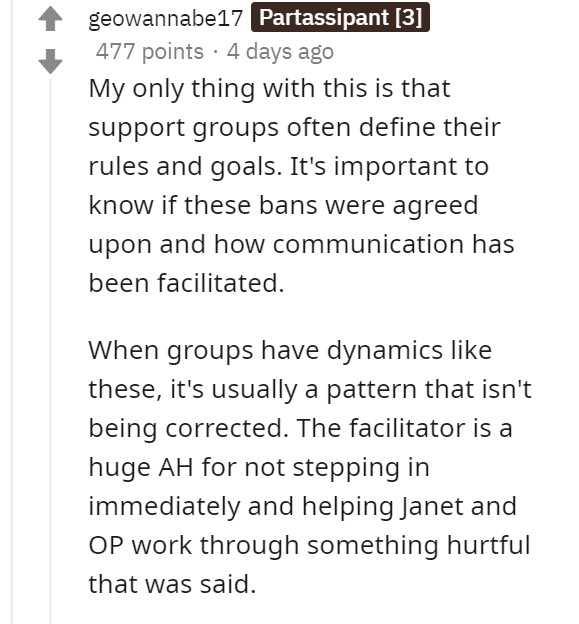 The third-party should always try to solve the problem without hurting someone’s feelings. 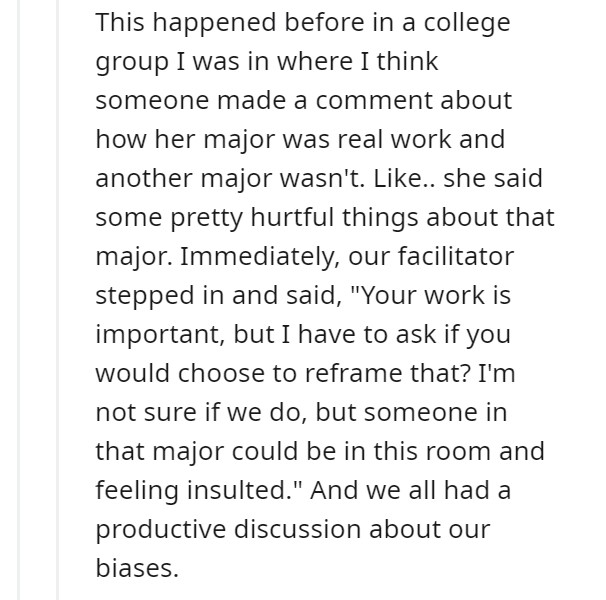 It might be better to try to solve this before you find another group. 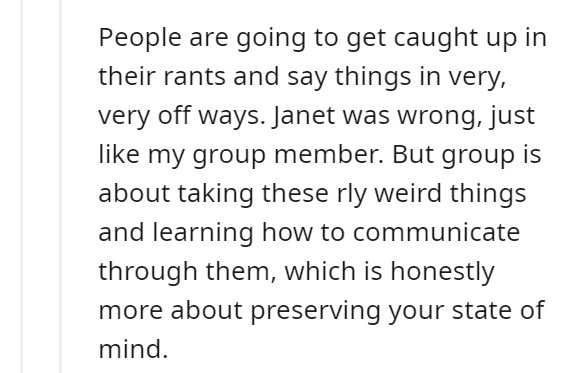 They are essentially behaving like bratty teenagers while being adults with children. 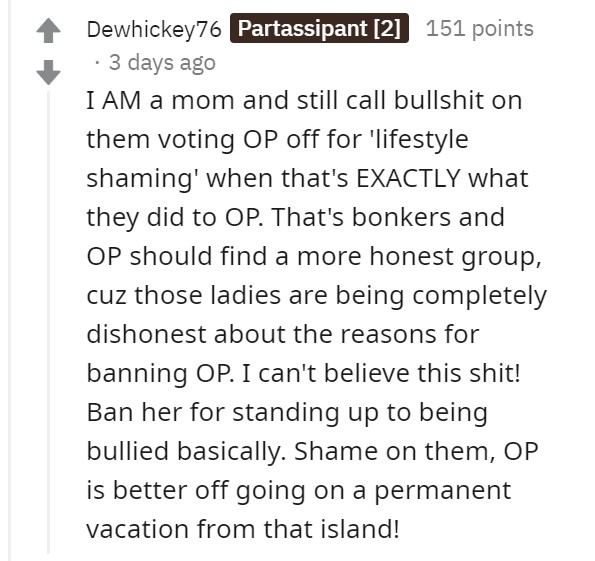 Exactly! Isn’t it just being biased then? 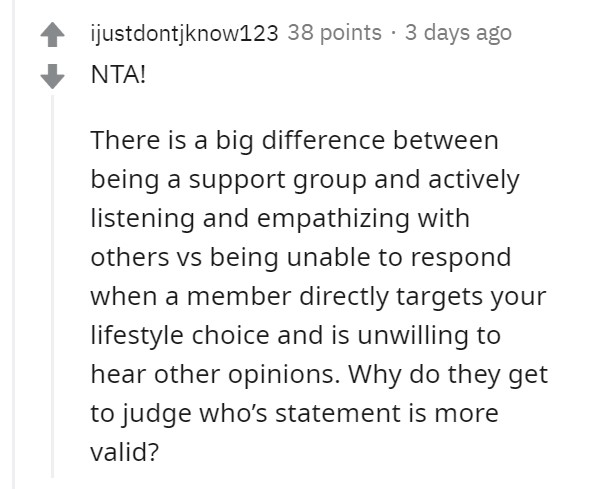 These mothers want to feel valid in their life choices and that is all. 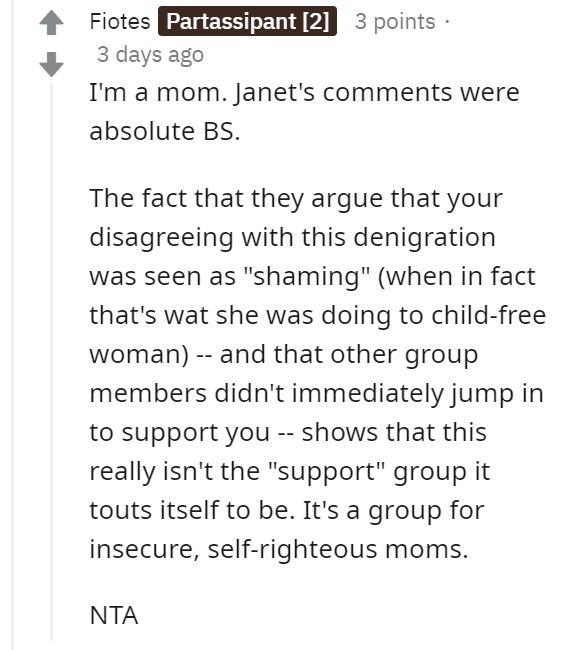 I’ve never had any desire to have kids. Even as a kid, my mom would say “when you have kids…” and even at about 6 years old, I would say “I don’t ever want to have kids” and every adult would be like “you say that now but that will change…” But it never did. I can’t understand why my friends just keep having babies.

It just baffles me as to why they want to put all their goals on hold to stay up all night dealing with poop and puke and spend the little money they have on kids’ stuff that will be useless in 6 months. And don’t get me wrong, they have cute kids and they seem very happy, and if they’re happy then I’m glad for them, but I would never want that for my life. –Terradactyl87

What do you think about this? Do you think they should try to talk it out or just leave the group? Comment down below and let us know.