We all would want to know what a day in the life of an actor looks like but would you dare to know what a day in a parent’s life would look like? Having a star-studded life as an actor doesn’t mean you don’t have to deal with the perks and peaks as well as the highs and lows of being a parent. Ryan Reynold is very well known for his excellent acting and for being the husband to one of the most beautiful women in Hollywood. What isn’t known much about him, is his win-win at the fatherhood. He is an exemplary father who is pretty keen on making parenting observations and expressing them in the most hilarious way possible.

Not only is he charming, handsome, fabulous and all that to die for, but also has an extremely witty and humorous side to his personality. Ryan mostly takes his Twitter to rant about parenting struggles, there are many other parents who join in to laugh along on his journey of being a parent. His tweets are a perfect blend of adulting and parenting at the same time, you’ll be relating to many of his tweets that’s how accurate they are. If you’re having a bad day at the full-time parenting, take a few minutes off and enjoy the lighter parts which come along!

1. All daddies go to heaven

2. Reverse of which is “Feeling greatest being single”

3. Baby, you light up my world like nobody else

5. Roughly within 4 minutes of parenthood

6. The donors call me dad

7. Daddy’s princess growing up too fast

9. Explaining the importance of ‘Me-time’ as a parent

10. Early onset of dementia comes as a plus one with parenting

How funny is the fact that no matter what career you pursue, how successful you are, how big is your house or how luxurious is your lifestyle, we all have to go through the same scuffles when it comes to parenting. The parenting styles may differ but all the tired parents do come together to rant over their mutual distress, even if you’re a famous celebrity you still have to deal with your 3-year-old toddler who drives you crazy to satisfy its curious soul.

11. Why it is important to start with sex-ed early 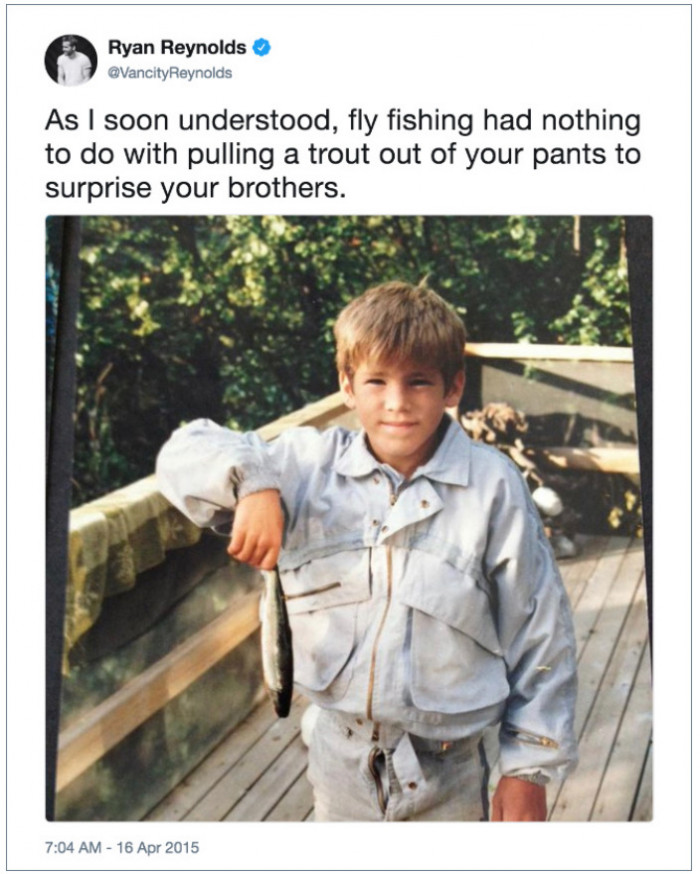 14. She exactly knows what growing up would be like

17. He isn’t just a witty parent joking around about parenting, he’s an advocate for real-life parenting shit which is important

19. What do they mean when they say, Dad is another name for a superhero

20. “Imagine What You Could Do With a Bread Stick!”

We wonder what will Ryan’s kids have to say about his tweets once they are old enough to give these a read! They’ll probably create a whole thread of retweets replying to all the parenting tips and problems that have been mentioned. It’s sure going to be fun! Let’s appreciate all the parents for doing a great job at parenting along with managing their work lives, it sure isn’t easy. How well can you relate to Ryan’s struggles? Do let us know in the comments below!