Paranormal stories can be fun to be heard, as they rise a certain excitement within you, might as well give you chills. But these stories aren’t always fun to be experienced in reality. They often leave people pretty disturbed for longer times. There have been many instances where most of the supernatural or paranormal activities mostly occur in a dream and later on, you get to encounter such situations in real life too. It might be one of those deja vu moments but however, it still can give you chills down your spine.

Here is a collection of some real-life stories that took place which surely had a preternatural basis and left the bearers stunned. They might as well give you goosebumps so hold on tight!

1. The cave with left turns 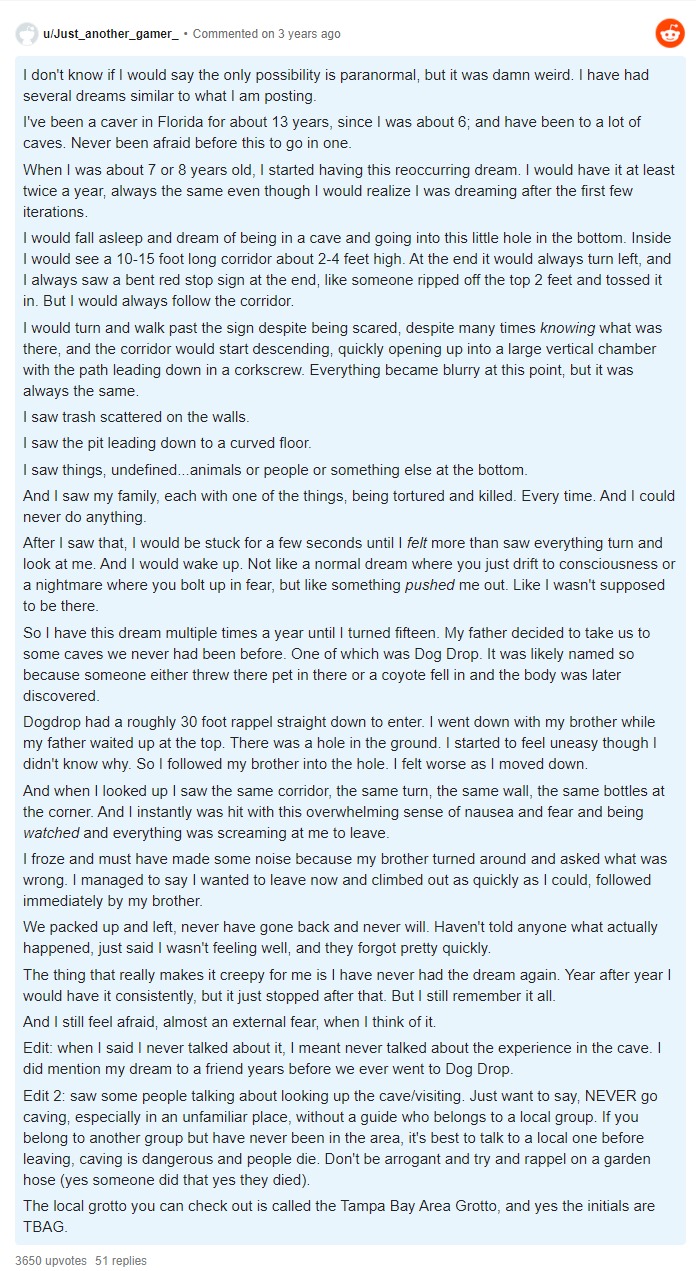 Great lord of heavens! There must be some nicer spirits watching over this boy who saved him from falling deep into the pit of darkness. He turned back before the darkness of that torturing pit deluged him, as there might be a chance of not returning back, ever!

2. My uncle who woke up dead 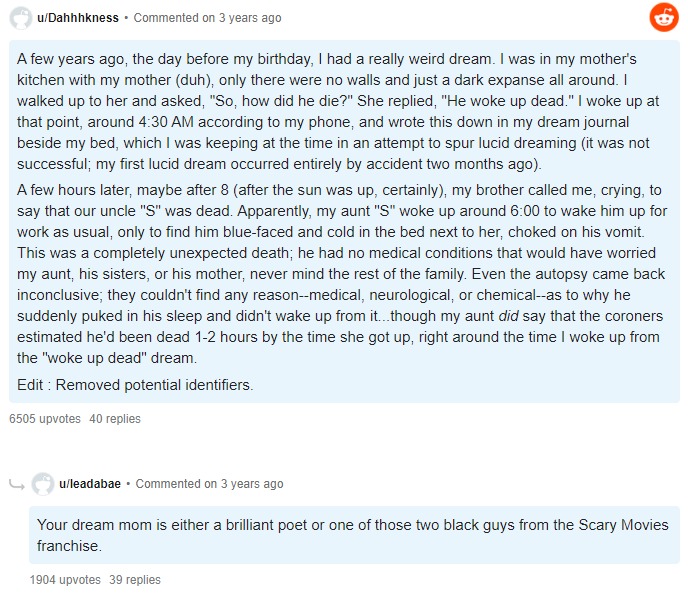 She had been induced with an instinct of her uncle dying, that’s supernatural! The other lucid dreams recorded in her journal might also be clues leading to other events, who knows…

3. An intuition of my mother’s death 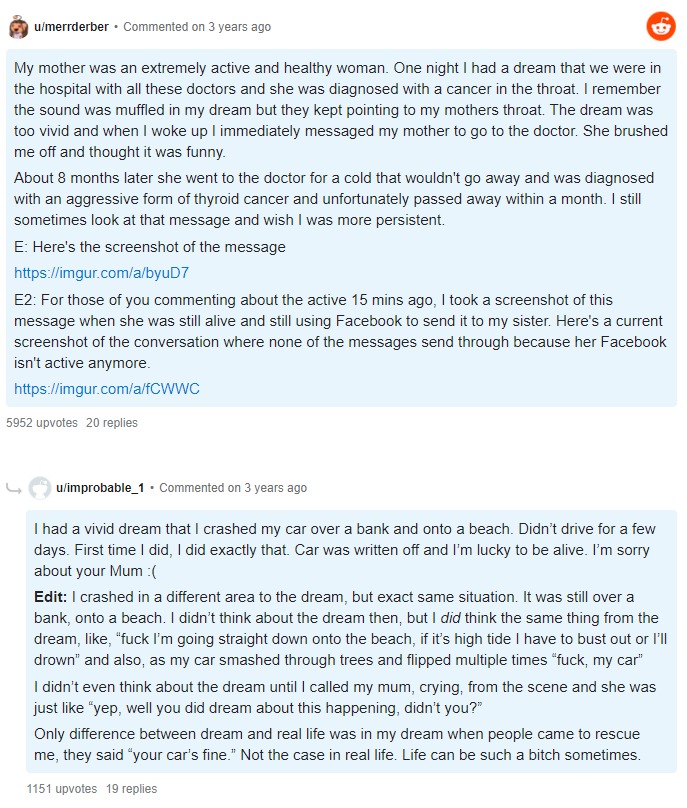 Man! dreams can turn out to be so real. They sure are either prerequisites of a future event or a strong intuition of something that is likely to happen. But receiving such clear signals of future events especially someone dying, is it actually normal? 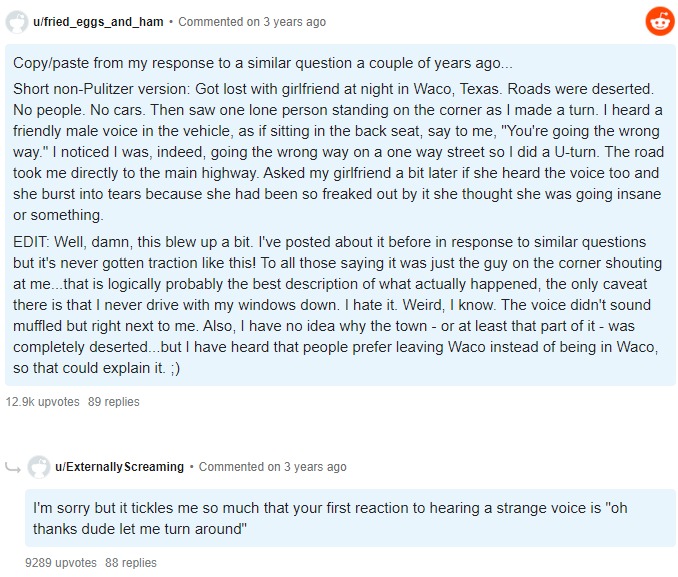 Dude, you got saved from going farther where potentially you couldn’t have found any way back, helping humble spirits do exist after all… 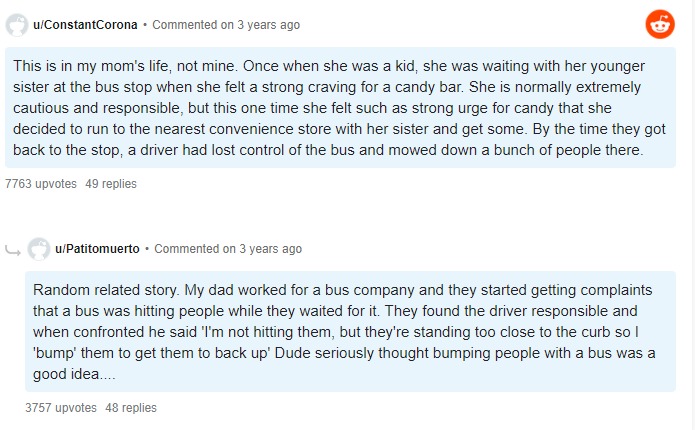 Candy craving saved you for sure! 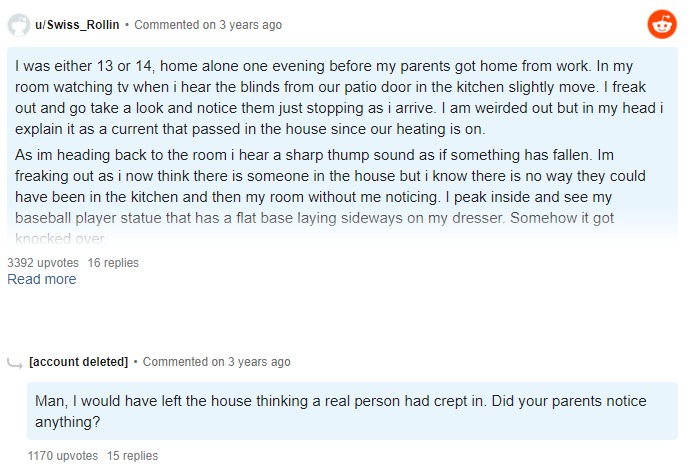 Whoever it might be, say a spooky spirit, wouldn’t have been able to score as well as you in the baseball game… 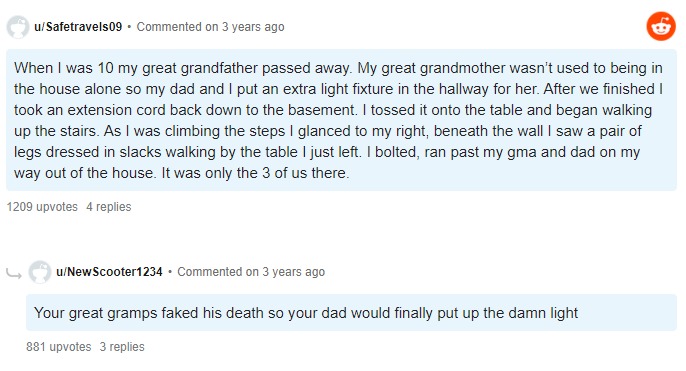 The comment above makes so much sense, no offense… But that’s scary, who was hiding in the darkness anyway? 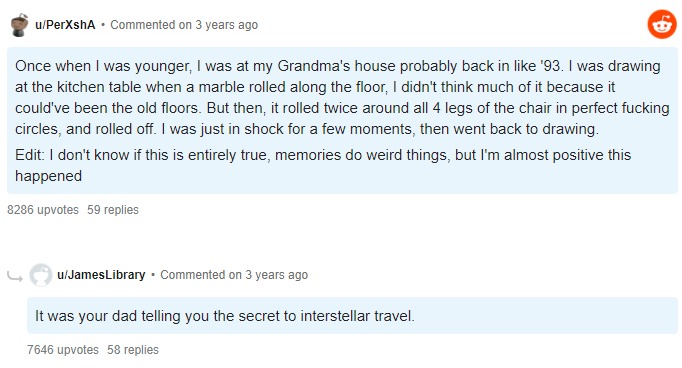 Somebody just marked their territory around you…

9. Case of the spooky clock. 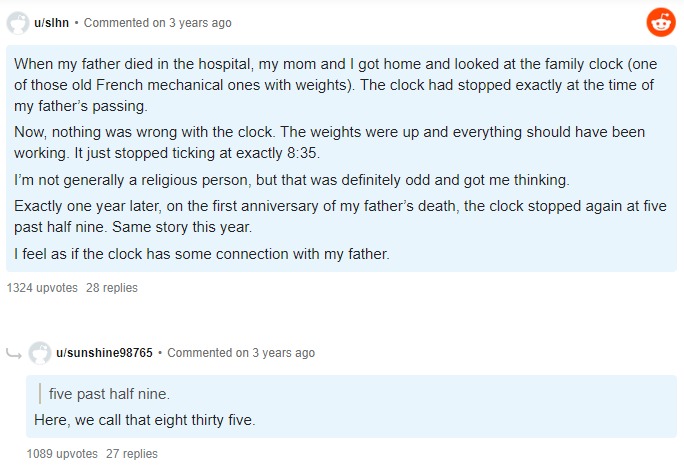 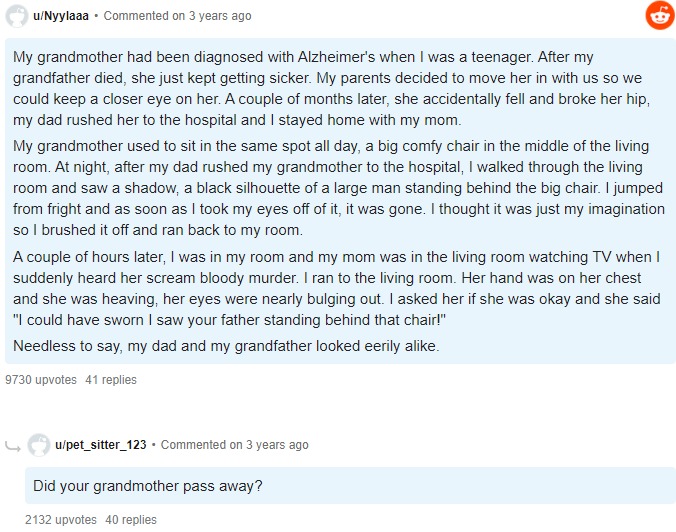 He came to take his better half along, maybe he feels too lonely up in the heavens 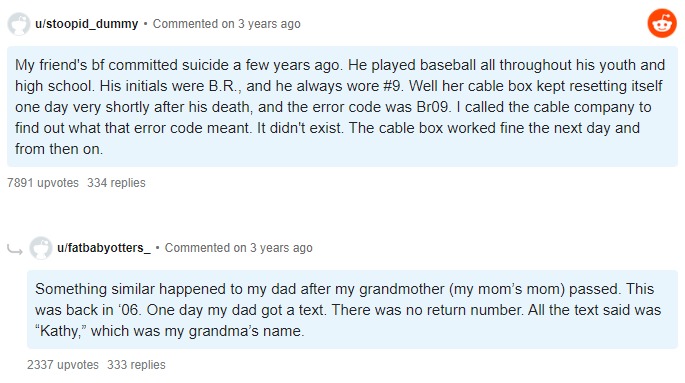 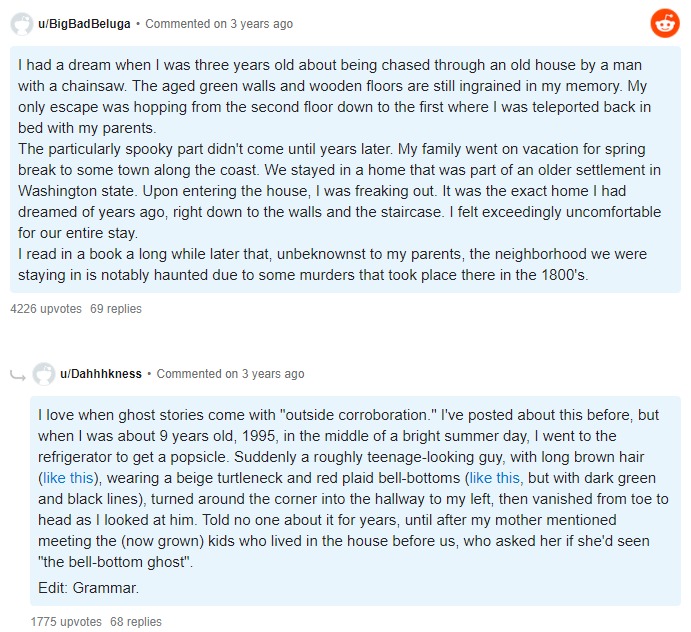 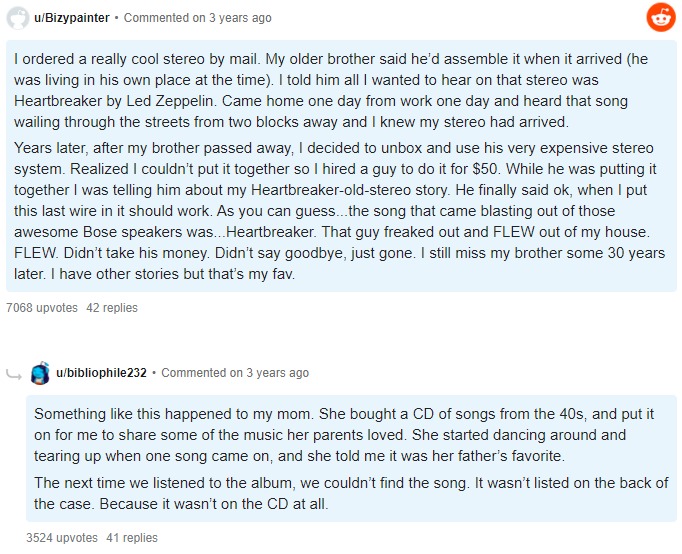 Sometimes we might as well be imagining things or we are so deeply affected by some event that has just taken place that we get hallucinations. But what about the intuitions we get of future events? Not all of it is a delusion. The fiction world sure has an intense impact on us, but not every story is fiction.

Paranormal activities are stimulated as a result of our surrounding existent coming into action, after all, they are part of the world we live in too… If you’ve encountered similar events do let us know about them in the comments below!

Fact check: Such stories are among our favorite ones so we might as well go for a sequel.