If you follow Roman Catholic teachings, you would be familiar with the seven deadly sins.

Even if you are not, let me explain. The seven deadly sins are the capital vices in Christian teachings. According to the teachings, if you are committing any of these sins, they will lead to even more sins and acts that are considered immoral. So these seven sins are considered as the root of all evil. The seven deadly sins are greed, lust, envy, gluttony, wrath, sloth, and pride. According to Christian teachings, every other sin that is being committed is due to these things in a person’s mind. Apparently, these 7 deadly sins lead to more “evil thoughts” and cause humans even more harm once the chain has started. So every sin can be traced back to these 7 deadly sins.

An artist named CG Ron illustrated the 7 deadly sins by personalising them in his unique art style. The illustrations can be found on Artstation, and they are really cool but horrifying at the same time. His artwork truly deserves recognition. If you pay attention to the details in these illustrations, you can find the meanings behind them. Scroll down below to see the illustrations of the seven deadly sins, you will surely get chills after looking at them. 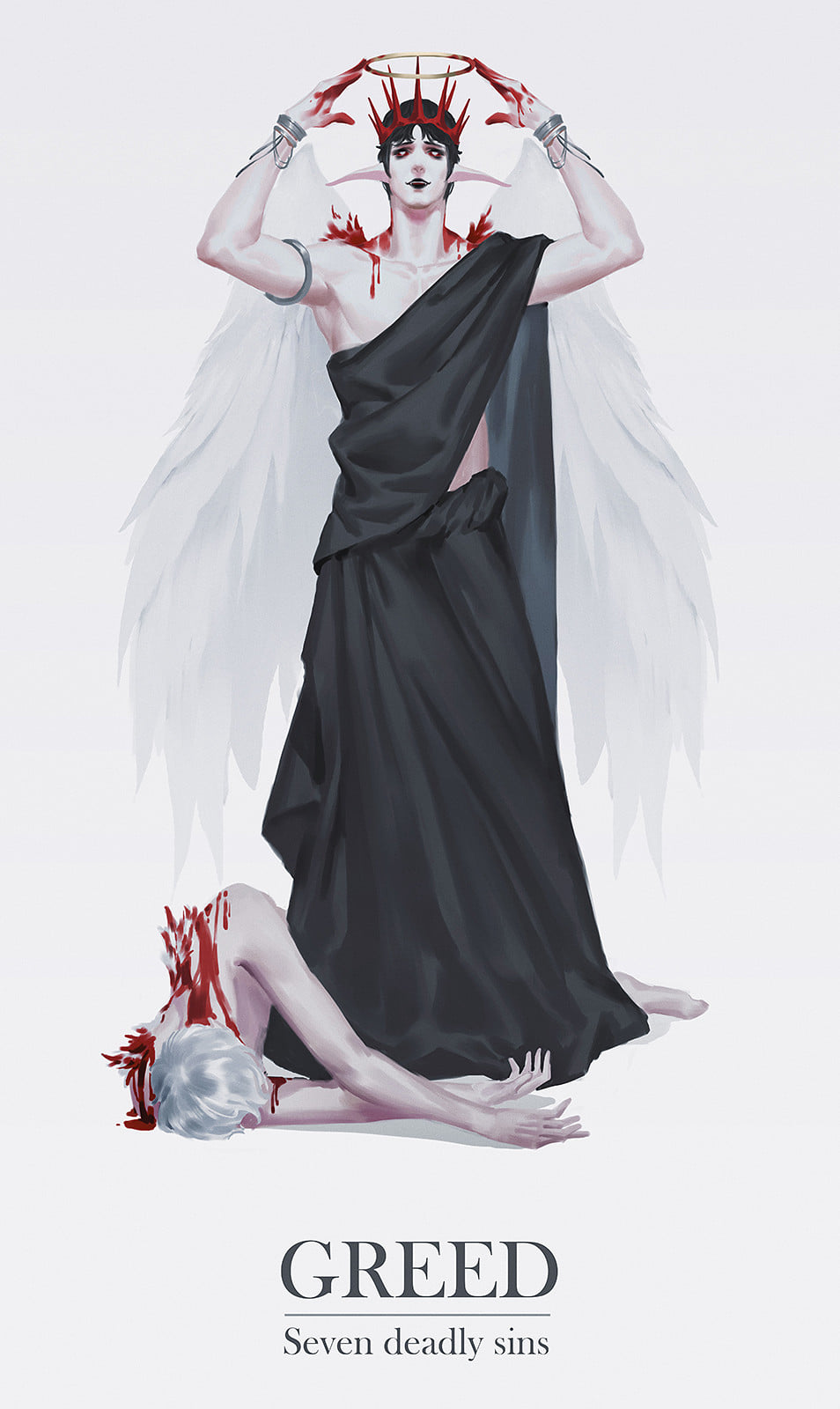 With greed, you will always want more. It will blur your vision towards what is moral or immoral just to get more of what you already have. 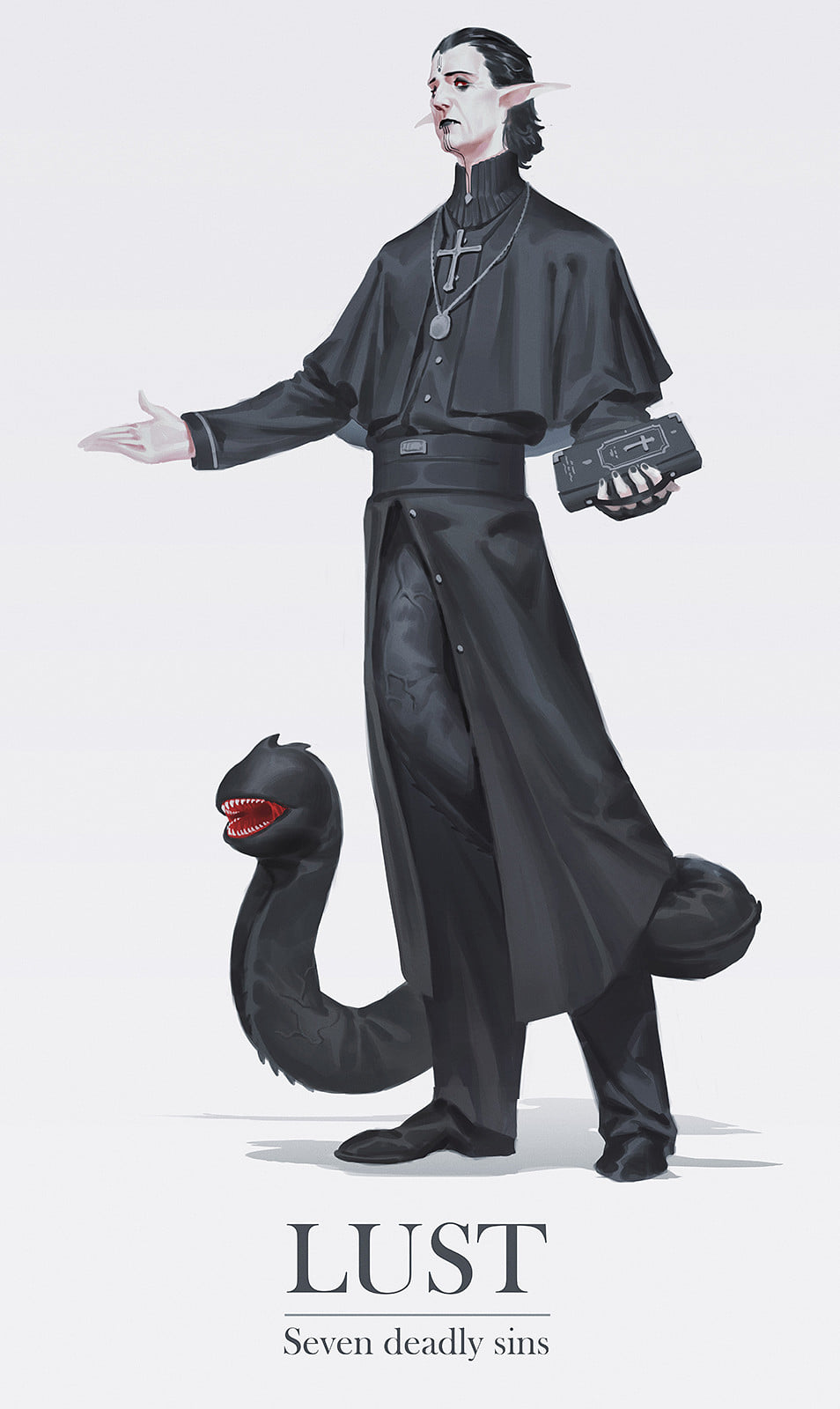 As it is apparent by the illustration, lust or fornication is also a part of the seven deadly sins. People might come down to being indecent just to quench their thirst for lust, hence, leading to other sins. 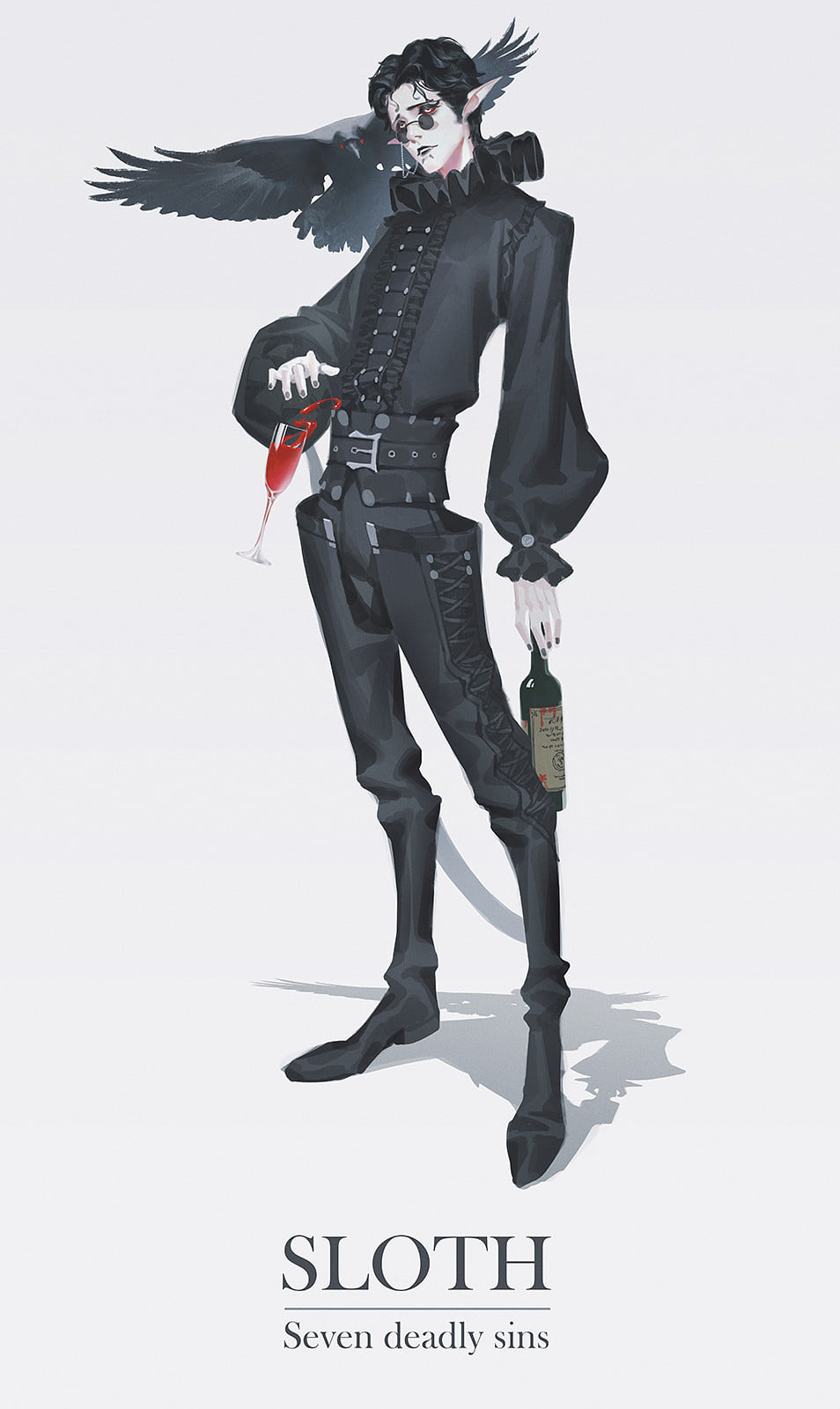 By sloth, it means the person tries taking the easier route to things. They might procrastinate or cheat to get to their destinations, which are again, other sins but their root is sloth. 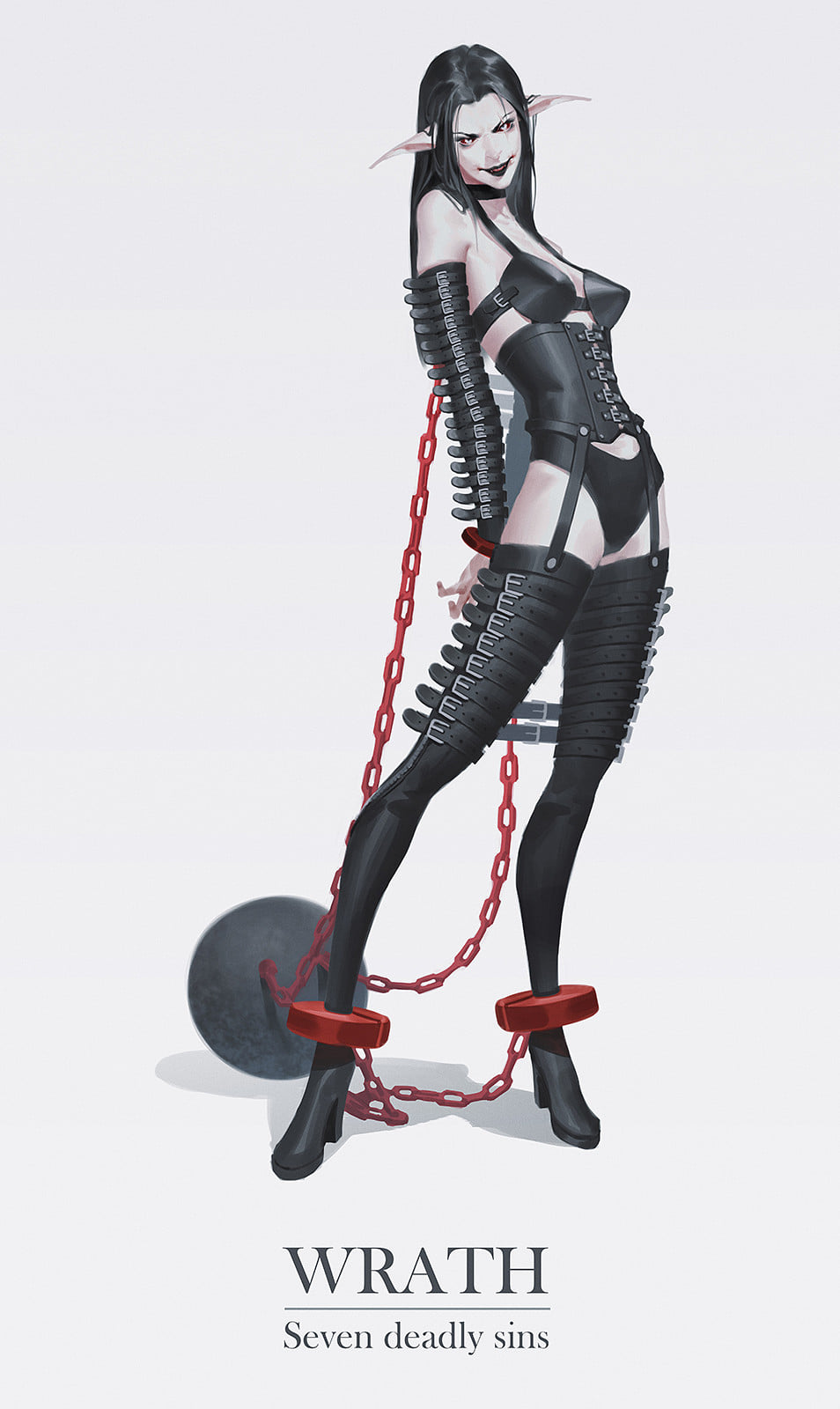 Wrath and anger are considered deadly in a lot of religions. That is because a person can not see clearly when they are mad. They will do a lot of things in anger that they will come to regret once their anger has cooled down.

CG Ron’s illustrations aren’t to be taken at their face value. They have tiny details in them that have a lot of hidden meanings. So if you look closer, you will find that the illustration is deeper than it seems to be. Scroll down below for the rest: 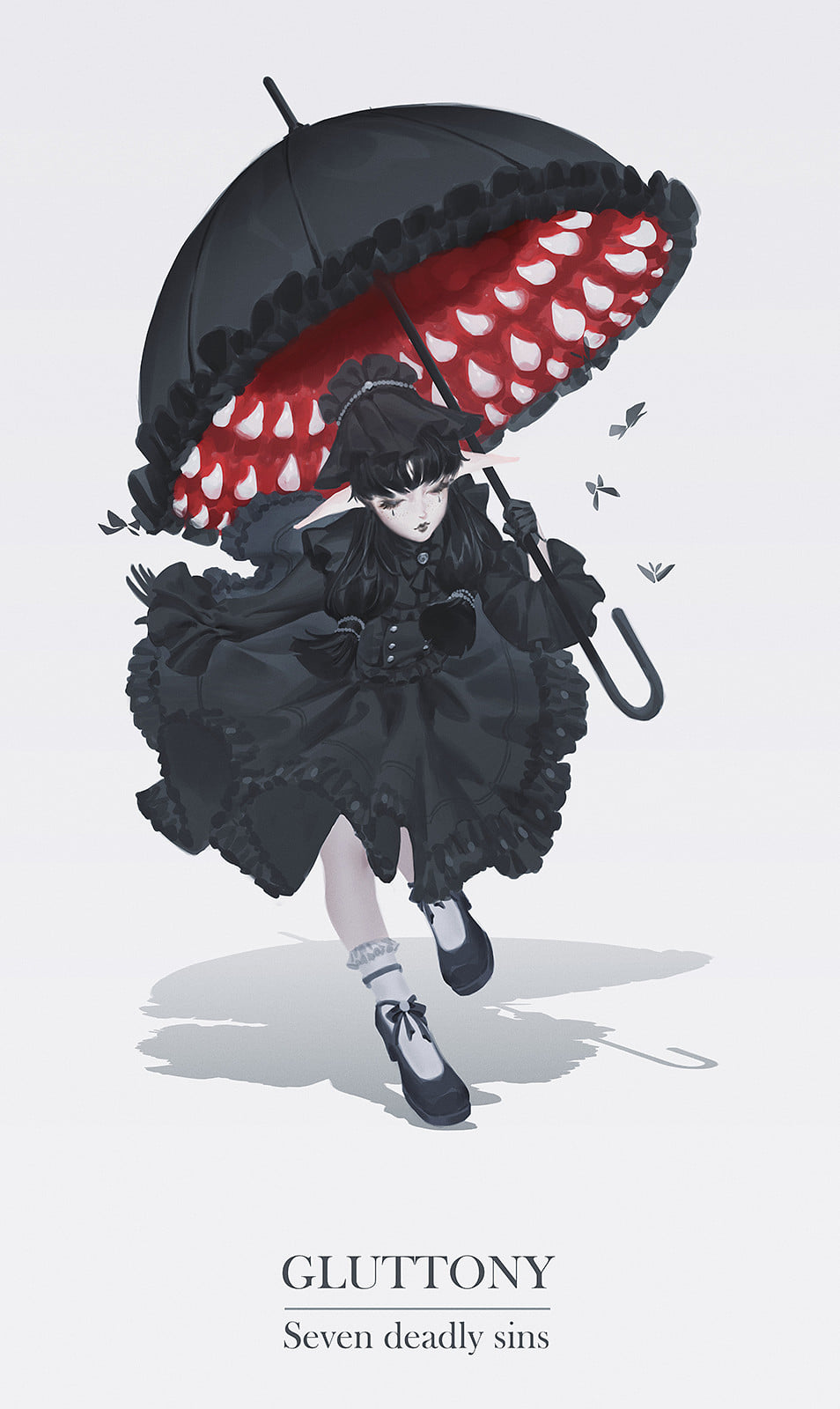 Gluttony means consuming, and if you look closely at this illustration, the umbrella that the girl is holding is a giant mouth. 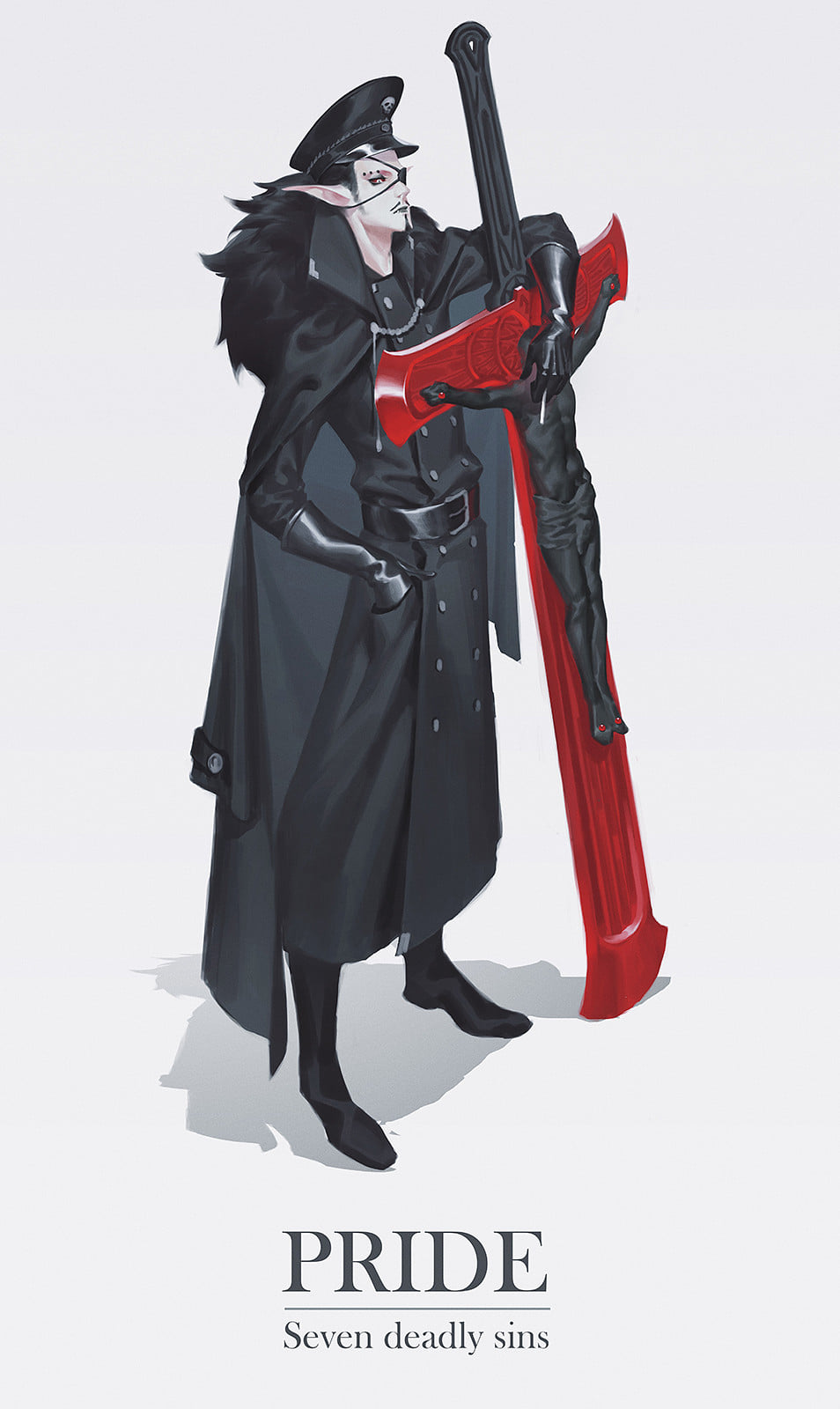 Pride gets to a lot of people’s heads. Now there are two things you should notice in this illustration. First, the man has his hand over Jesus’ face. That means he wants people to see no other face than his. Second, when he picks up the sword to fight, the cross will turn upside down. 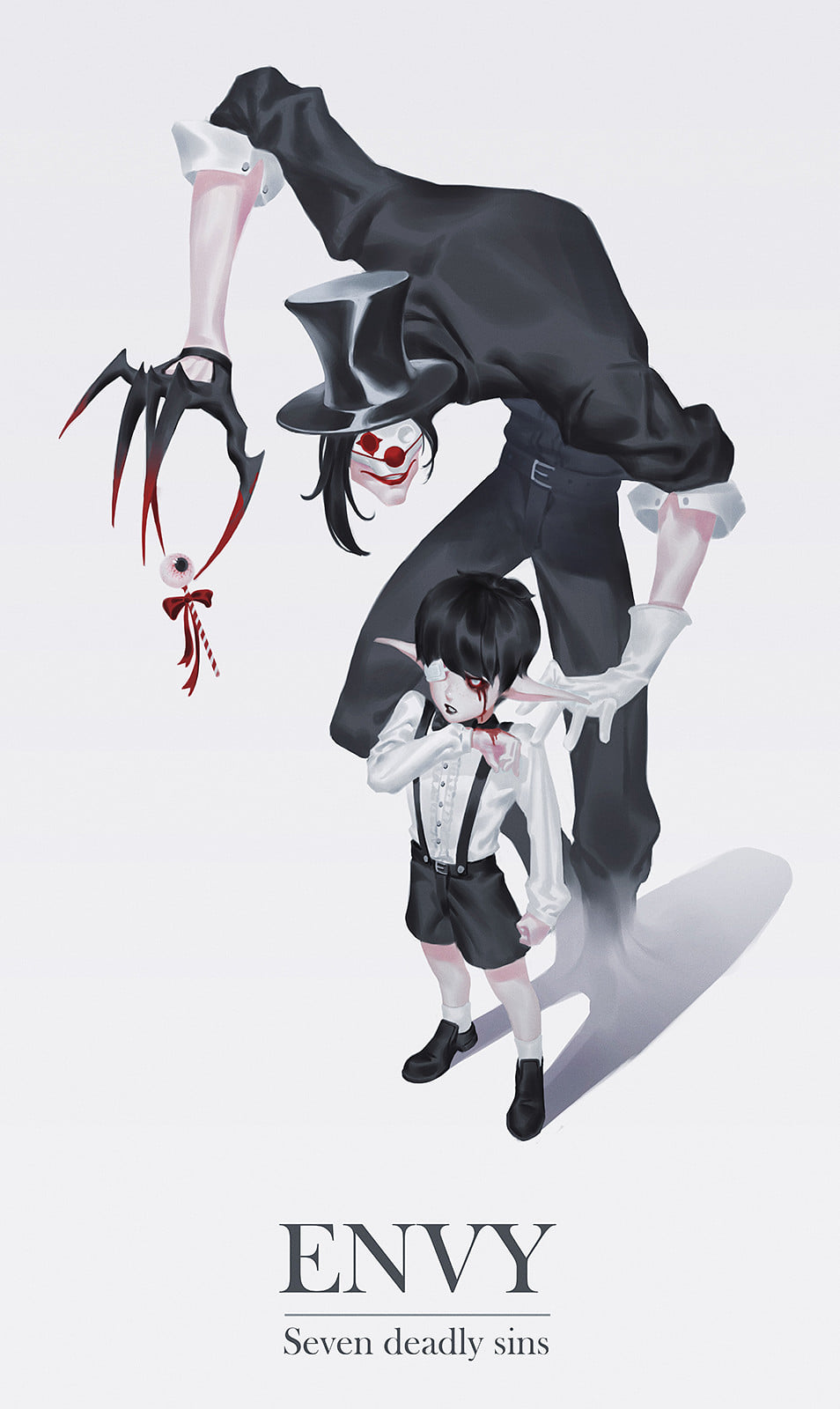 Envy means looking at something someone possesses that you don’t have and having malicious intentions towards them.

What did you think of this amazing artwork? Were they on point? Let us know your thoughts in the comments below!