We have heard this time and time again from people who are anti-abortion. They think terminating a pregnancy essentially means you are m*rdering a child. Even though experts in their field have proof that the beginning of life is not the moment you get pregnant but actually quite a while later. However, many people do not seem to agree with this. And will have countless debates just to prove that you are wrong.

Well, that is probably why one Twitter user decided to think of a very simple problem that can be easily answered. It is quite similar to the trolley problem but just a tiny bit modified. The one who presented this question is actually Patrick S. Tomlinson, the author of The Ark Trilogy. People had different answers to this argument you can read by scrolling below and taking a look for yourself.

This is the Twitter user who started the debate and he goes by the name Patrick S. Tomlinson. 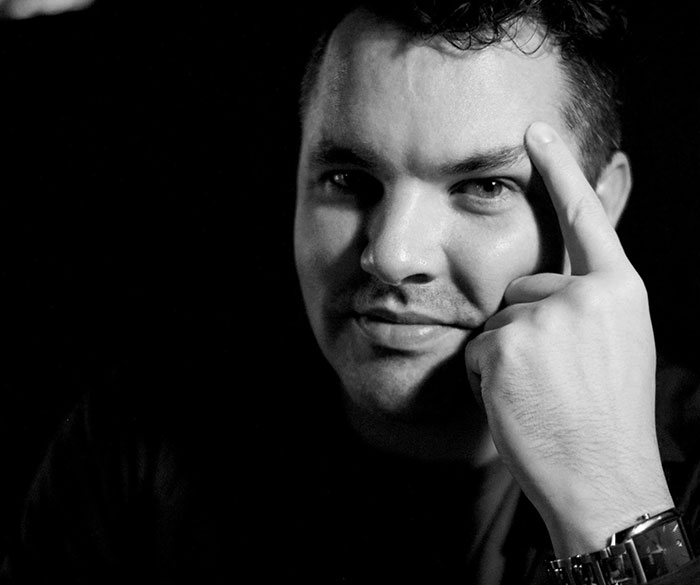 He starts by saying how nobody in the anti-abortion crowd has ever been able to answer this honestly.

It is a simple question but it can stump many people. 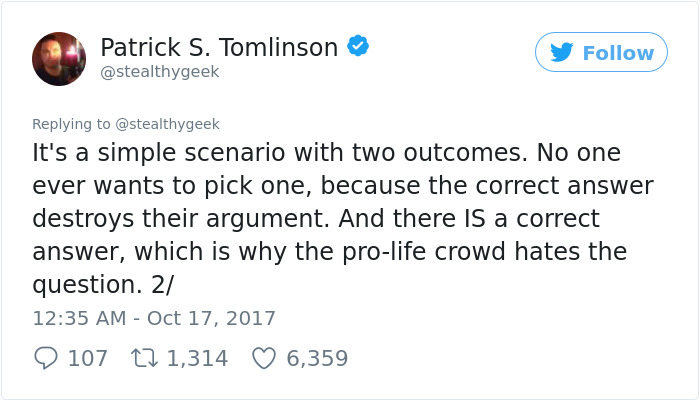 He starts off by presenting a scenario where the fire alarm is going off. 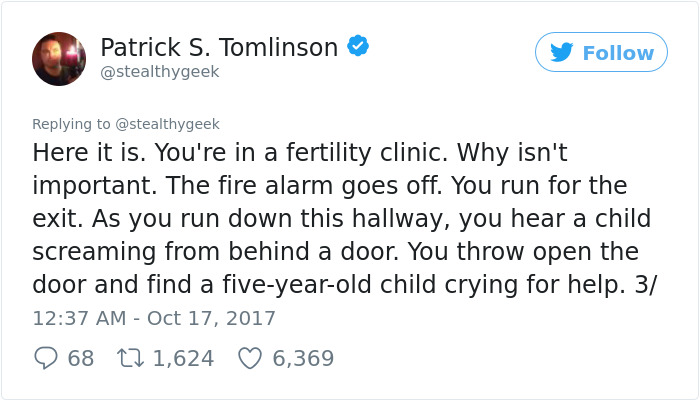 This is when you come to a pivotal moment. 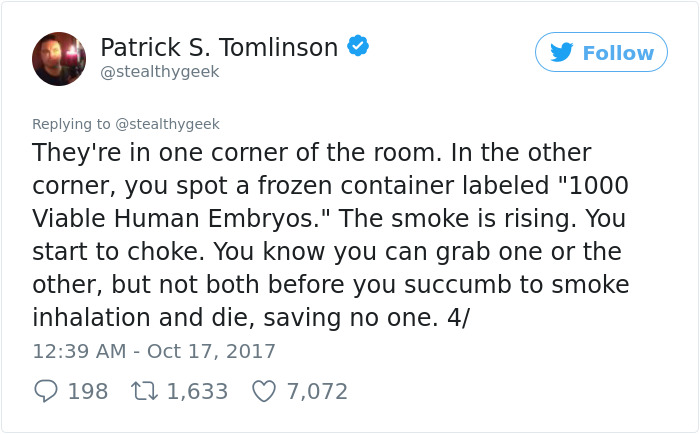 You have a choice to either save 1000 viable embryos or one living breathing baby. 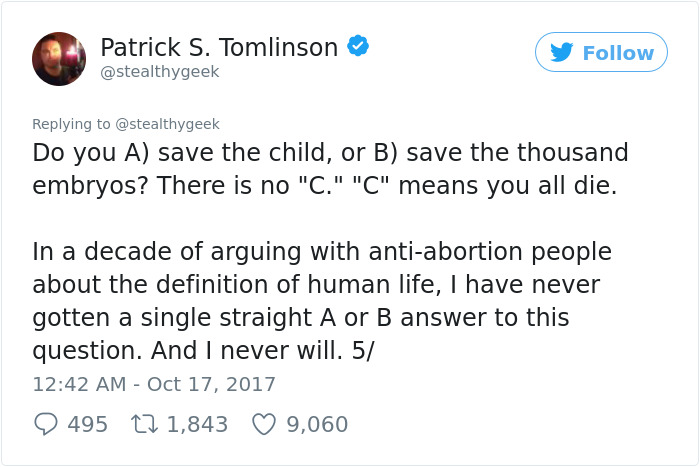 Most people would choose option A. 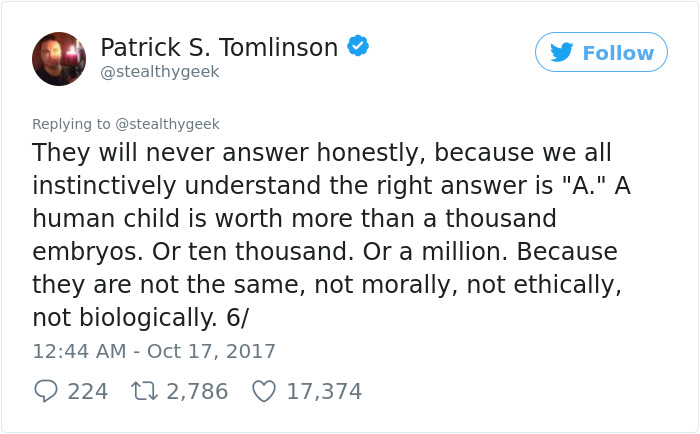 But if you go by the logic of pro-life people, option b should be the better one. 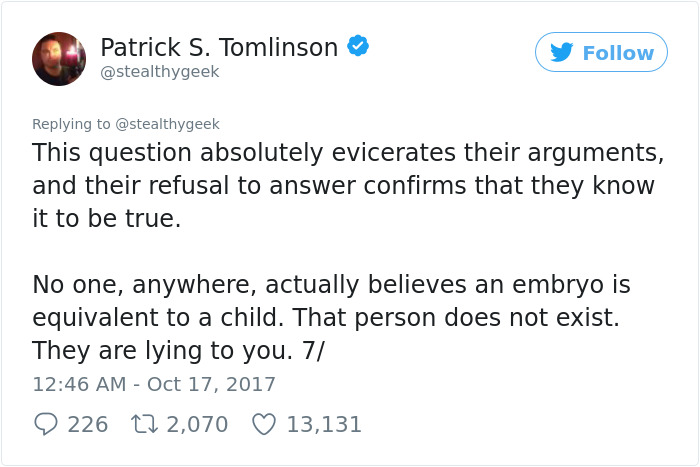 People say that they believe this but most people don’t. 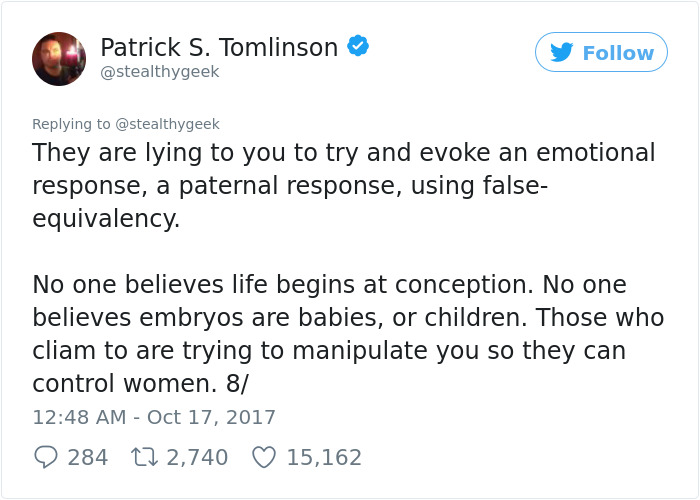 It is quite evident that lots of people will use this argument in the future. 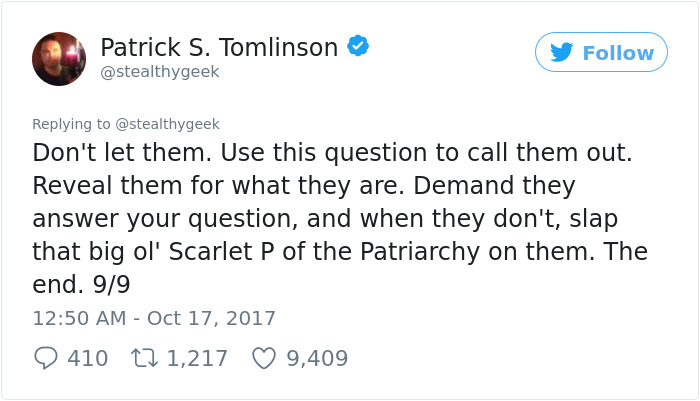 The embryos obviously have value but are they the same as a human child? 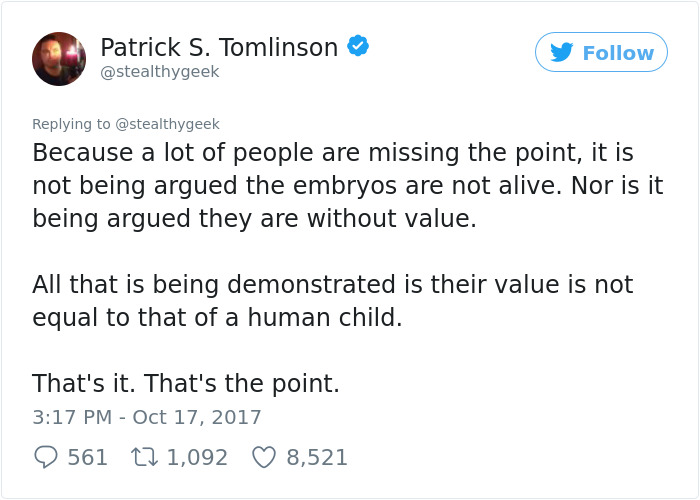 Some people had a few questions that poked holes in his argument. 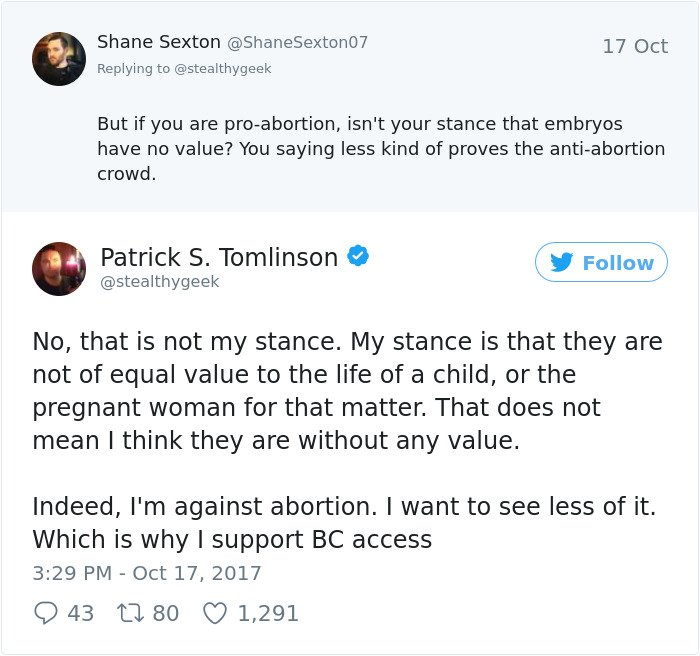 Using birth control to prevent pregnancies in the first place, is better than abortions. It’s cheaper, safer, and no one calls using a condom murder. If she somehow still got pregnant, an abortion is still better than a child dying, because its mother is not willing or not able to care for it. -Mikleo

While others debated how they would stay viable in a jar. 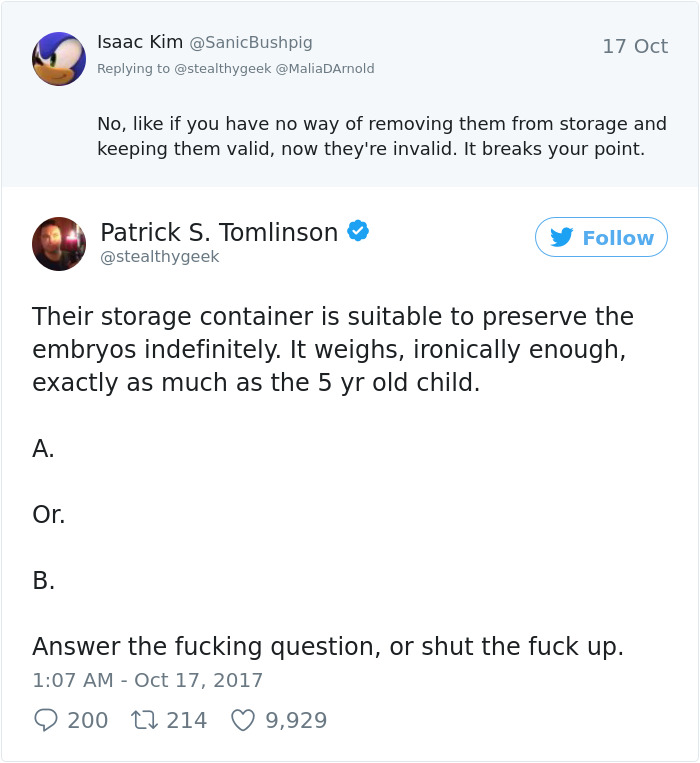 There were also a few who answered it honestly. 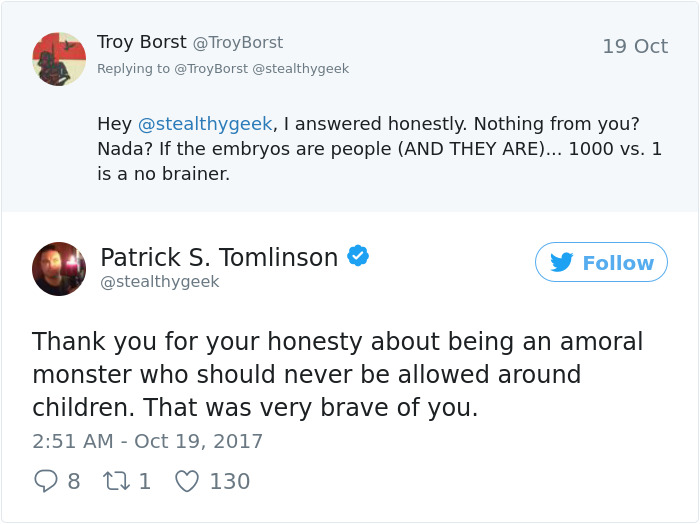 All in all, it seems people can’t agree on anything. 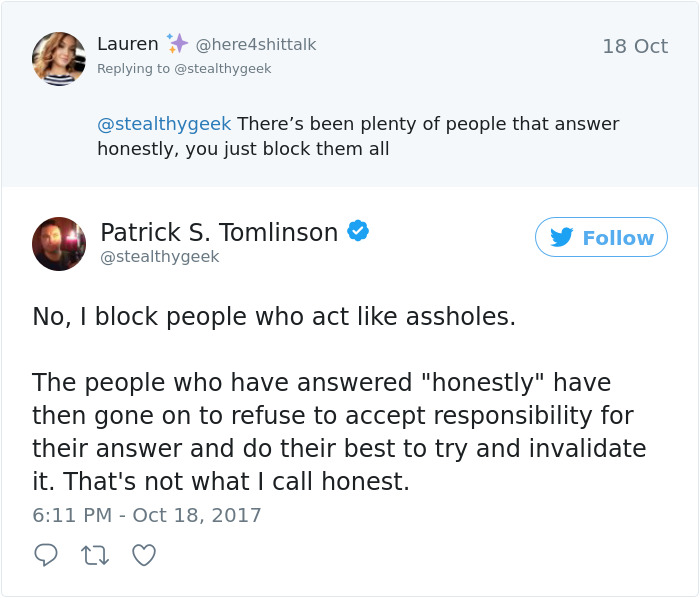 Many people aren’t even aware of what embryos look like.

This isn’t what pro-life actually is.

It is everyone’s choice but doesn’t force your view on others.

She was correct in that a Petri dish full of embryos is not viable unless implanted in a uterus. This is also a natural occurrence when trying to conceive the embryo fails to implant and the woman never knew she was almost pregnant, to begin with. You save the living child. Neurological developments begin at 7 weeks gestation. Technically these embryos are potential human life. No different than donor sperm or donor eggs. -Deborah Denley 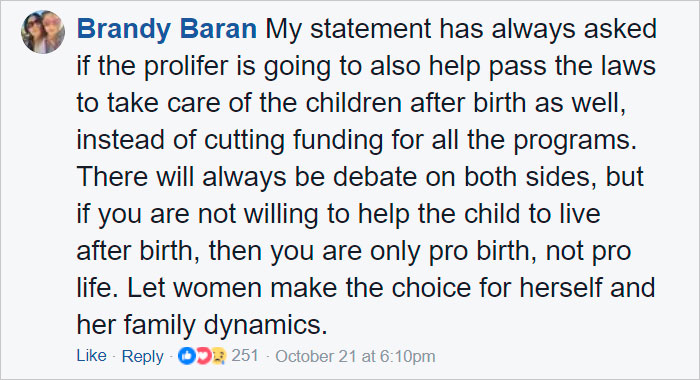 What is your stance on abortion? Let us know in the comments below. And don’t forget to share so other people can join in as well.