As we talk about dreams, we get all sorts of dreams. Funny, cute, horror, weird and every genre you could think of. However, once in a while, a majority of the people get weird dreams which seem absolutely irrelevant to us and never make any sense regardless of how much we try to figure out what it really meant.

However, it would be fair to say that your dream doesn’t necessarily have to mean something but you need to be aware of the fact that there are many dreams which can be taken as a sign. A sign, which can be taken as a warning or maybe a piece of good news. Or perhaps, a decision, which can entirely change your life. But people who are not aware of the signs would ignore them. Obviously, because they have never been aware of it or what they could really mean.

We will be explaining 10 signs which you need to look for if you are experiencing similar dreams because it will help you in understanding yourself better. Let’s check it out! 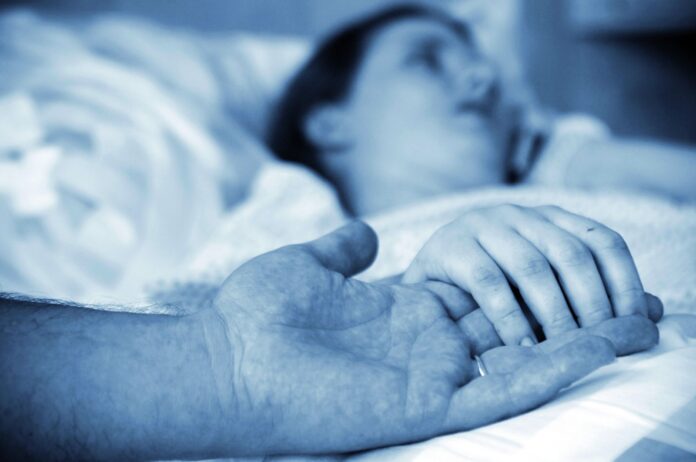 You must have seen yourself dying in your dreams which can often upset you or make you uncomfortable. However, it doesn’t necessarily mean that you are going to die, says Lauren Lawrence, who’s a columnist. She says that dreams in which you are dying are not entirely bad but it can depict something else too. For instance, it could be a possibility that you are not happy with your job or maybe you are going through a bad relationship and you want to end these miseries.

So, if you dream about death, you need to start looking at those dreams from a different perspective rather than worrying about your health. Take it as something that has been stressing you out and needs to be fixed right away. Once you start identifying those problems and start to fix them, you will notice that you will stop having dreams of your death because you won’t be stressed out. 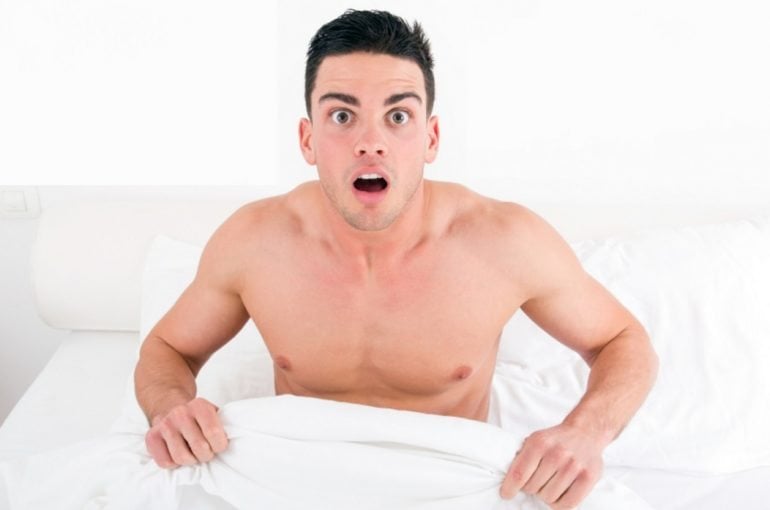 Sounds hilarious, doesn’t it? But the truth is, we all have had the dream of showing up to school or at our workplace completely naked. But did you ever realize that this could mean something? No, right? Well, it has been said that this sort of dream represents anxiety and vulnerability. These dreams can make you anxious and nervous as if you are having a big presentation and you think about ruining it in front of people and then they would make fun of you.

But you know what? Don’t fall for it. The more you will fall for it, the more you are likely to make a mistake and embarrass yourself in front of people. You should not pay attention to it and rather work on your confidence. Stay calm and play it cool. 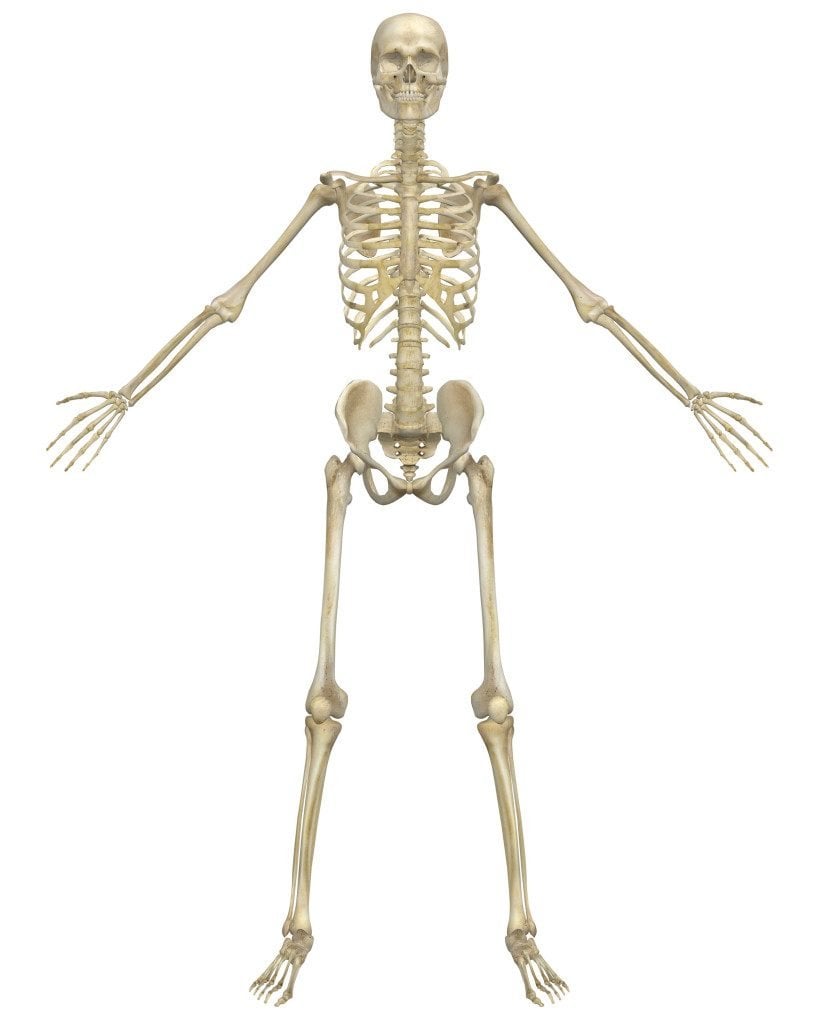 Woooh, that’s some scary sh*t! But we all have been through it and that is certainly anything but a pleasant experience. Seeing dead people is equally weird and scary as seeing dreams about dying. But what could seeing dead people mean? Seeing dead people is more likely to depict that you are unable to let go of certain things easily, and it can also hint that a fear of illness or death dwells inside you. You should seek some counselling and let them know what you feel inside.

Now, you must be thinking why can’t it mean that you probably lost someone close and it could be that it’s the person trying to connect with you through your dream? Of course, that can be one of the reasons too! And to cope with that, you should look for ways to keep those people close to your heart by carrying a picture of them with you or perhaps just framing it inside your room. 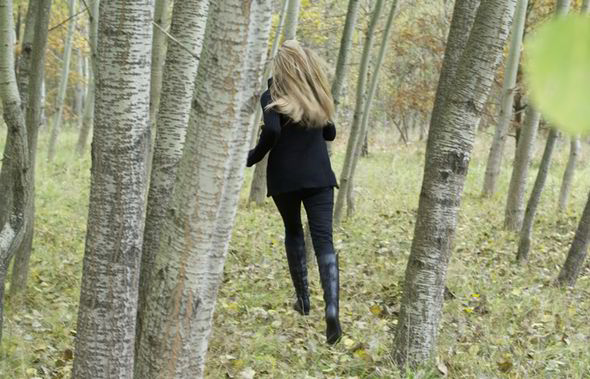 Being chased in your dream can be a really thrilling experience because during these type of dreams, your heart rate actually starts to rise and you wake up all sweaty! However, according to a survey, it has been observed that these type of dreams are mostly seen by women who are afraid of confrontation, so, they’d rather keep running away from it.

But running isn’t and shouldn’t be an option. Let it be a challenge for yourself and confront whatever is making you feel that way or urging you to run away from it. Once you identify and face the situation, you would stop having such dreams. 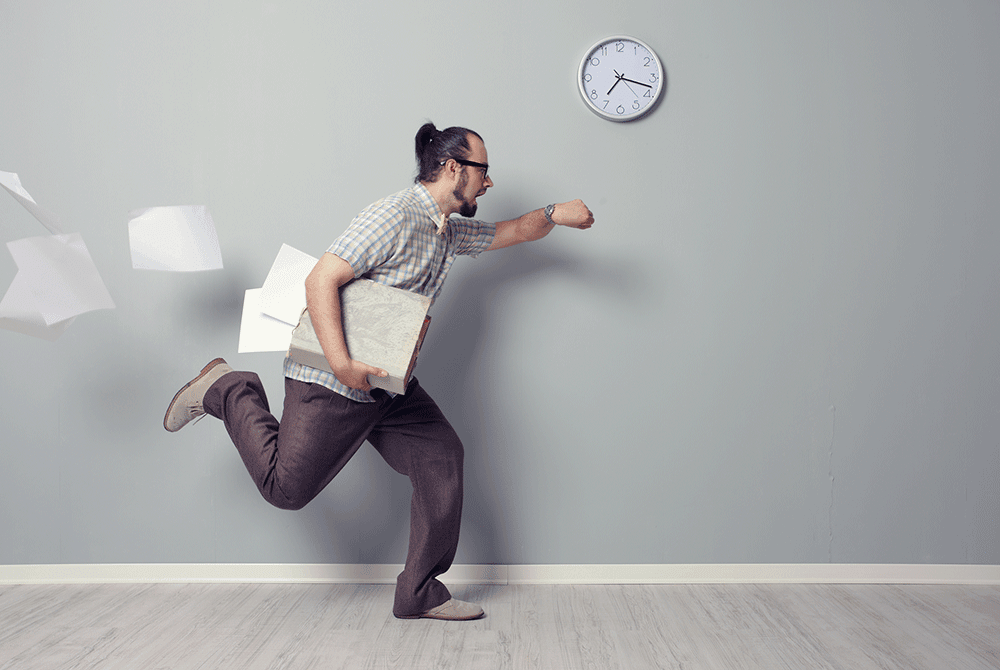 Some of us have probably dreamt of being late or missing out on a very important event. These types of dreams inflict fear and panic because if there’s an actual event coming up in real life which is really important, you would naturally start associating the dream with it and start to believe that this is a sign of something bad is going to happen during your event or there could be a possibility of you missing out the event.

According to a survey, people who are seeing these type of dreams are stressing out or working more than they can handle and they need to calm themselves down and take things slowly.

So, if you are one of the people who are getting these dreams, you need to start working on some goals which can be done easily rather than you having to stress out a lot about something which you have doubts about. Once you do this, you will notice the change because you won’t have anything to worry about. 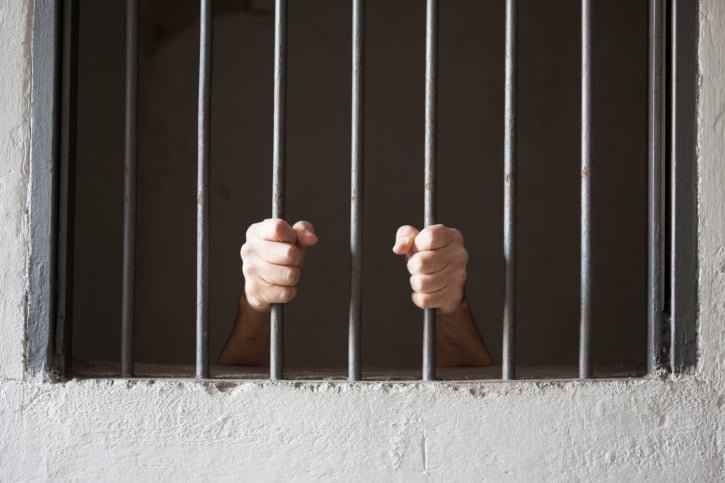 These type of dreams are the worst because they don’t just scare you to death but make you feel very uncomfortable too! You are more likely to have breathing issues as well during these dreams where you are trapped in places from where you cannot escape, especially small places. This could mean that you are claustrophobic because of your fear of confined places. However, if that’s not the case, then it could depict that you are stuck in some part of your life from where you are trying to find an escape. It could be anything from your school, a bad relationship, your past, etcetera.

Now, what can you do to get rid of it? Try to analyze what’s going on in your life in which you feel that you are stuck. Which part of your life is currently giving you enough anxiety to make you feel that way. Once you find it, get rid of it because that’s the only key to your happiness. 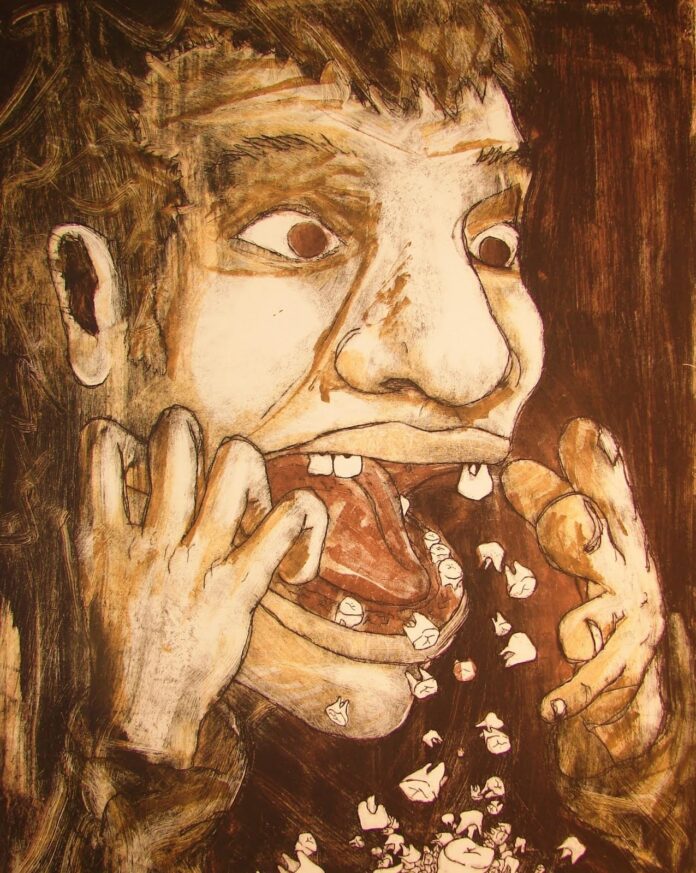 Have you ever dreamt of your teeth falling out? If you have, then you must know that teeth are known to symbolize power and confidence in a person, according to experts. So, if you see one of those dreams, it could mean that you are losing control or confidence in some areas of your life. For instance, in your workplace, your school, your home, etc.

To fix that, you must figure out the certain area which lacks confidence and then you start building it up till you reach the level of inner satisfaction. Once that problem is resolved, you won’t be having these type of gross dreams anymore. 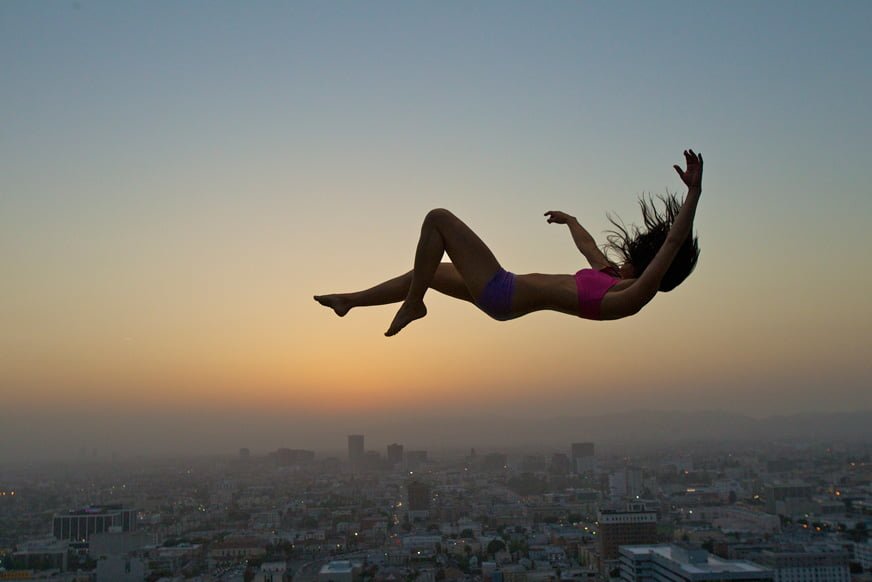 A majority of the population, regardless of the gender and the age, has experienced these type of dreams at least once in their life. Dreams, in which we are falling, can have a terrible effect on our bodies while we are sleeping and it can significantly increase our heart rates as well. Once we hit the ground in our dreams, it jolts our body and we immediately wake up BUT what does it really mean? According to a dream analyst and a psychologist who’s known by the name of Lauri Lowenberg, dreams in which we are falling could depict a huge problem for us. That is your subconscious mind trying to indicate a potential problem which you are likely to face at home or perhaps your workplace.

So, if you have been having these type of dreams constantly, you really shouldn’t ignore it. First of all, try to identify the problems that you are facing currently in your life and things which can get worse. However, if you are still unable to figure that out, you should consider seeking some counseling from a professional or a person that you really trust. This will definitely help you in releasing your stress and you will stop having such dreams.

9. Out of control vehicle 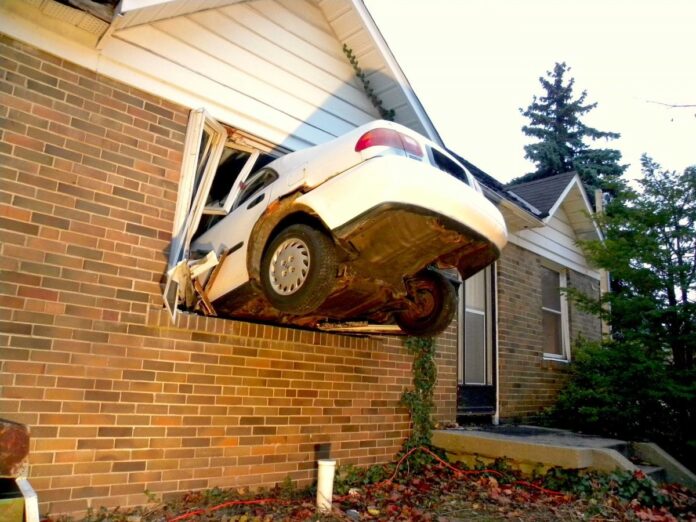 These types of dreams are very unsettling. Crashing of a vehicle during the dream can be really violent especially if you are dying from it. What does it mean? Well, it simply means that something in your life isn’t in your control and stressing you out really badly.

Start by trying to figure out the part of your life where you are losing your control. Start setting up realistic goals, exercise, let your mind relax and you will start to feel better. 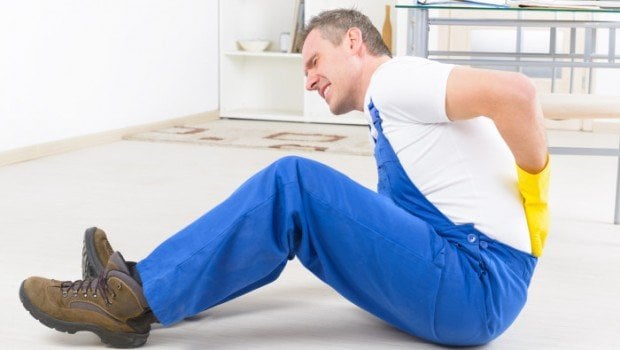 Have you been getting injured in your dreams like hurting your back or breaking your leg? In dreams where you can see yourself falling off the stairs or someplace and ending up being injured, it depicts that you need some support in your life.

Identify the parts of your life where you are not being strong enough. Observe your weaknesses and try to work on them and you will notice how your life can take a drastic change! Not only will it increase the quality of your life but you will become stronger. You will be able to cope with problems more easily which have been stressing you out.

In the end, we would like to know what kind of dreams do you usually get and out of the dreams that were listed above, have you ever had any similar experiences? Let us know in the comments section below!