Growing up, we all watched our fair share of cartoons or consumed a media that had a good amount of it. What I mean by that is, even though some of us might not have watched every single episode of Spongebob Squarepants back-to-back, we still have seen a few memes of the characters here and there. It’s basically impossible not to in this day and age, as these characters are an iconic piece of media.

For example, you, the reader, might not have seen any episodes of Dragon Ball Z, but it’s impossible not to be influenced by the kind of things Dragon Ball represents. Characters with unrealistic hair, who get powerful the more they scream, and just have to yell out the name of the signature move they’re about to use because that’s how it gets stronger. Probably.

Now imagine what it’d be like if they weren’t drawn in their typical, iconic style, but rather, realistic CGI? They become monsters.

According to the Bulbapedia:

Pikachu is a short, chubby rodent Pokémon. It is covered in yellow fur with two horizontal brown stripes on its back. It has a small mouth, long, pointed ears with black tips, and brown eyes. Each cheek is a red circle that contains a pouch for electricity storage. It has short forearms with five fingers on each paw, and its feet each have three toes. At the base of its lightning bolt-shaped tail is a patch of brown fur. A female will have a V-shaped notch at the end of its tail, which looks like the top of a heart. It is classified as a quadruped, but it has been known to stand and walk on its hind legs.

On the main TMNT wiki:

Raphael is the most violent of the four brothers. A straight-up brawler, he has very little patience for things like stealth, hiding in shadows, or keeping his voice down. While he’s fiercely loyal to his brothers, he’s also often the one giving them a hard time. Raphael is also the one most likely to strike out on his own when he feels slighted or underappreciated. His closest confidante was his pet turtle named Spike. Raphael’s temper can get the better of him, causing him to get into situations over his head.

The fandom wiki gives us a background of The Wolverine:

He was kidnapped and had his mind wiped by an unknown agency, completely erasing his past and lining his bones with adamantium, Logan was trained to be the ultimate killing machine, Weapon X. After escaping the facility, the feral Wolverine was taken in by Heather Hudson and her husband James, members of Alpha Flight, a Government sanctioned group considered to be the Canadian equivalent of the Avengers. After helping him cope with his lost past, Wolverine joined Alpha Flight.

The Avatar has a rich history, and of Toph, we know;

Toph was born in 87 or 88 AG as the only child of the wealthy Beifong family from Gaoling. Born blind, she was sheltered by her parents, who believed her blindness made her fragile and incapable of looking after herself. They went to extreme measures to protect her, including hiding her existence from the rest of the world, which resulted in very few people knowing that the Beifong family even had a daughter. Her parents expected their daughter to be well-mannered and proper due to their noble status in Earth Kingdom society, something with which Toph secretly disagreed, causing her to resent her parents’ treatment.

The Dragonball Fandom outlines exactly who he is:

Nappa is a tall and muscular man. Though his Saiyan genes give him the appearance of someone in their mid-30s, Nappa is approximately 50 years old when he is first shown in the series. At this time, he looks identical all the way to the time of his death; though his structure in his younger years shows him to be a bit slimmer. His thin mustache tends to change with each part in his life; as at middle age of 30’s his mustache smaller in comparison than it is now; by the range of the Saiyan Saga, Nappa’s mustache is slightly larger, longer, splits into two sections (noting he tends to shaves his facial hair on occasion) and then it grows back fully during the year one radius to Earth. 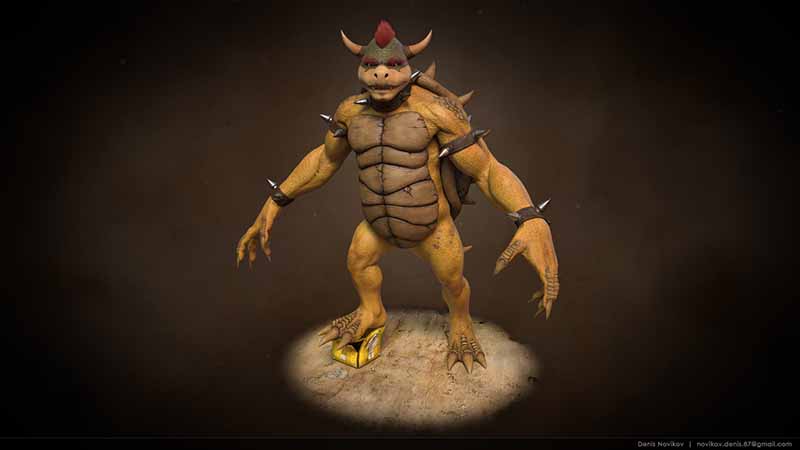 A decades-old show, SpongeBob has rich lore behind it all.

SpongeBob is a childish and joyful sea sponge who lives in a pineapple with his pet snail Gary in the underwater city of Bikini Bottom. He works as a fry cook at the Krusty Krab, a job which he is exceptionally skilled at and enjoys a lot. He attends Mrs. Puff’s Boating School, and his greatest dream in life is to receive his boating license. Unfortunately, he tenses up whenever he has to drive a boatmobile, and he drives recklessly. SpongeBob is very good-natured and loves to hang out with his best friend Patrick. His teacher is Mrs. Puff and his boss is Mr. Krabs.

Did you like the new versions or do you prefer the old ones? Tell us down in the comments!