Playing chase, fetch, going on a walk, running off the leash, meeting new people, romping with their best canine pals, participating in training sessions, and eating yummy goodies are all things that dogs of all sizes enjoy doing. In the same way, dogs of all sizes exhibit separation anxiety and hostility, jump on people, bark excessively, nibble on shoes, dig in the lawn, or even have messes on the floor.

Take extra care if your dog is in a group of unknown canines. This is true whether your dog is big or small. You should only let your dog go free if you can keep a careful eye on him and keep him away from other dogs with whom he shouldn’t be socialized. A dog park can be a dangerous place for small dogs. If you already know your dog enjoys socialization, just take him to dog parks where he will be able to play with other small dogs. Petite puppies need their own area to avoid being injured by larger canines playing around.

The following woman on Twitter told a story about how she was out walking her dogs in a park when a Pomeranian named Chunk decided to get away from his owner and charge up to them. Even though the Pomeranian’s owner attempted everything to stop the dog, nothing worked. The lady was terrified that her small puppy would be devoured by the two large canines, so she chased after him, yelling at him to halt and not run toward the dogs. That one line from the proprietor had us laughing so hard “COME BACK CHUNK! I DON’T WANT YOU TO BE A SNACK. YOU ARE MY LITTLE SNACK” Chunk, the lady’s dog, was the recipient of some fairly amusing remarks from the lady; read on to find out more about them.

Let’s see where this is headed!

Chunk is one disobedient little boi!

Chunk has got a mischievous vibe to him! 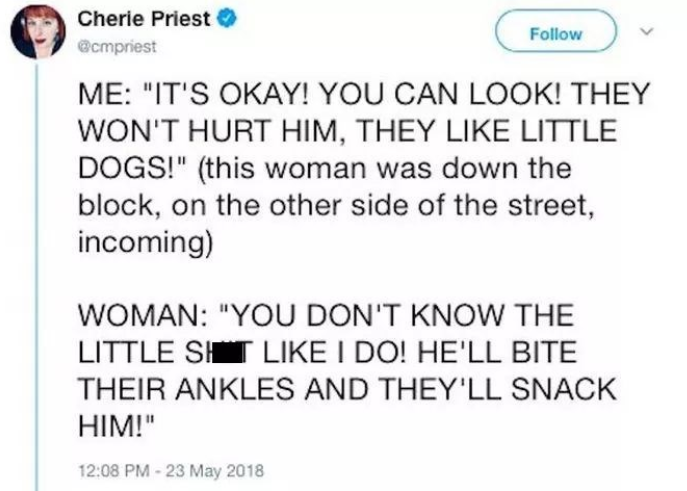 Chunk’s owner was right. He went straight for those ankles! 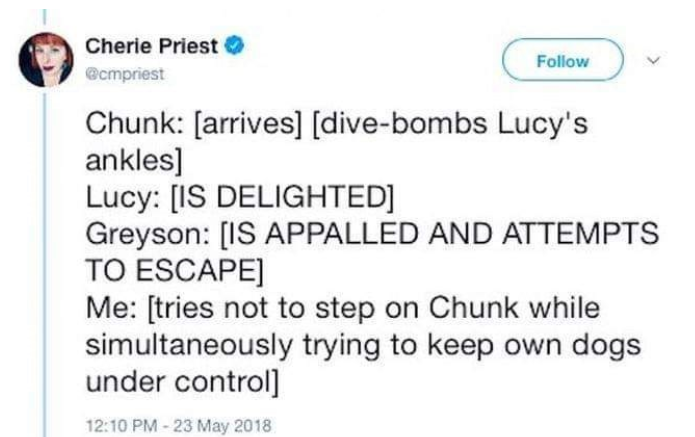 There should be a movie made on this scene! 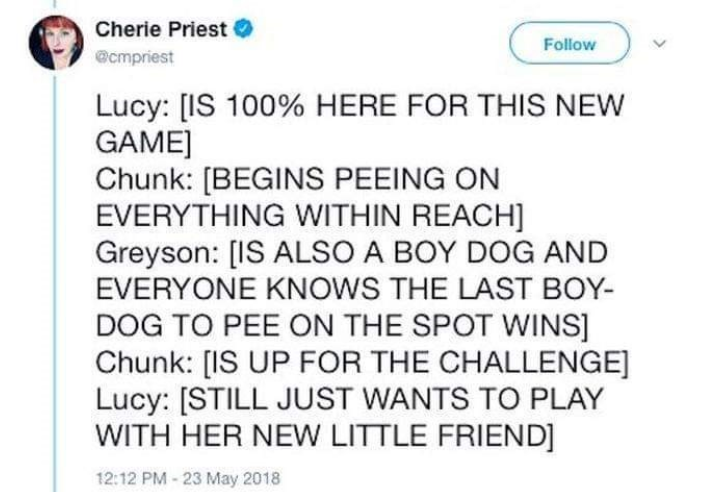 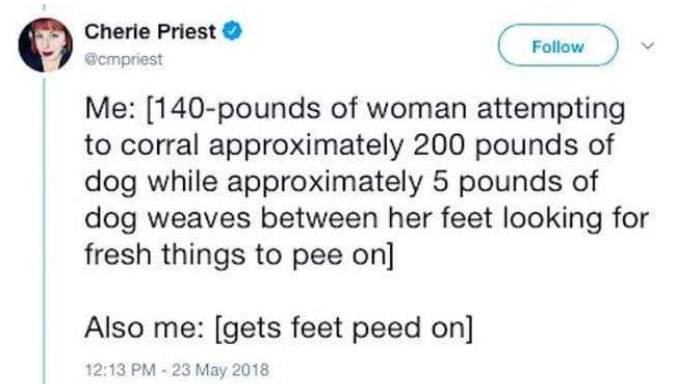 Chunk gave his owner quite a challenge!

The OP’s dogs deserve all the pats for their good behavior! 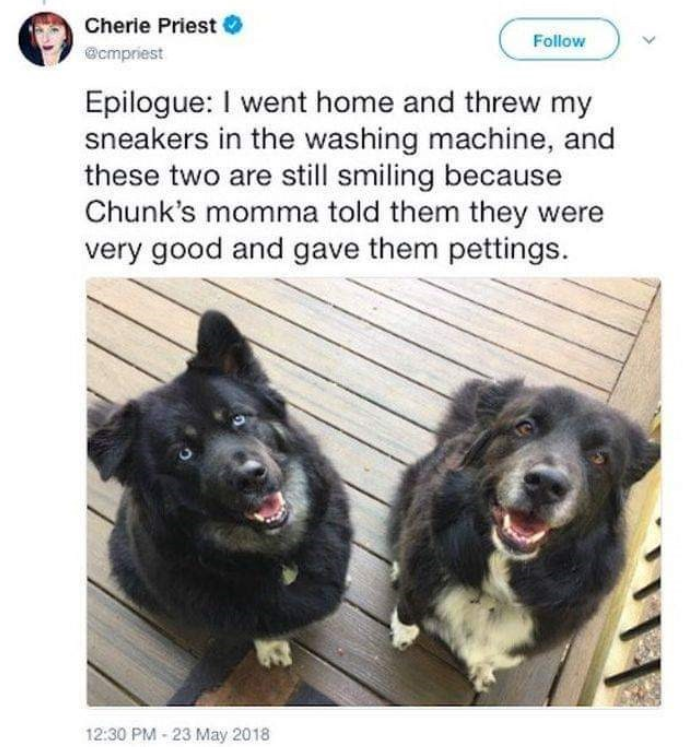 When dogs are at a park or playing fetch or walking, they will often try to meet other dogs like the one described above. Do your best to ensure that your dog is well-behaved and doesn’t harm anyone else. When giant and little dogs are playing together, look for signs that the larger dog is making room for its smaller companion. Large dogs may take a step back or even lie down in order to get closer to their smaller canine pal. Even if it is annoying, dogs engaging in rough play is normal behavior. Check to make sure they’re not running away or becoming angry. Accomplish them on their politeness when you notice it. After that, all you have to do is sit back and watch them have fun. Just like the OP was sure that her dogs are well behaved enough to not cause trouble. Let us know what you think about this and share if you have any similar stories with us!