It is a cat’s world.

Can we all agree on the fact that ginger cats are the most mischievous and there is something special about them that you do not find in any other cat? I can not pinpoint it but I am sure about them being unique from the rest of the cats in the world. I have adopted many cats but my most recent adoption of this ginger cat was the best decision I have ever made. She is the best thing that has ever happened to me.

This one particular ginger cat is so special and cute. He is a tabby from Turkey who decided he needed to be in a third-grade classroom and take up permanent residence at that school. Students are delighted by the presence of the newcomer, they are already in love with their new classmate. They named this cat Tombi.

It must have been the ginger in Tombi because he had no fear in walking right into their classroom and made it his own. Tombi has changed the lives of students and teachers of that school in a good way with his enigmatic and magnificent presence in the classroom. Scroll down to see what everyone in the school has to say about Tombi. 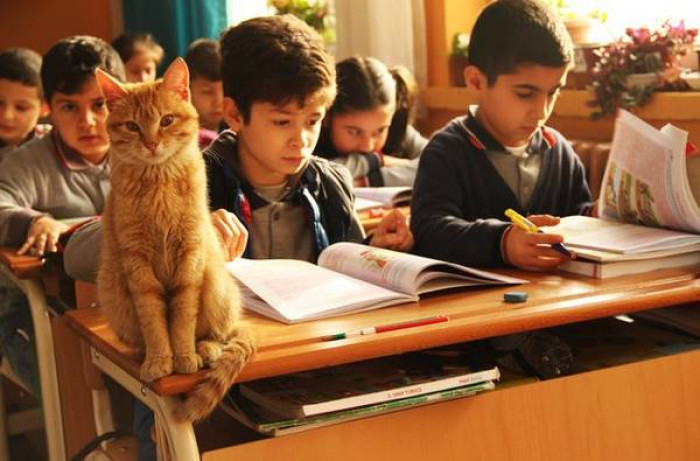 2. The happiness in the children’s eyes is everything. 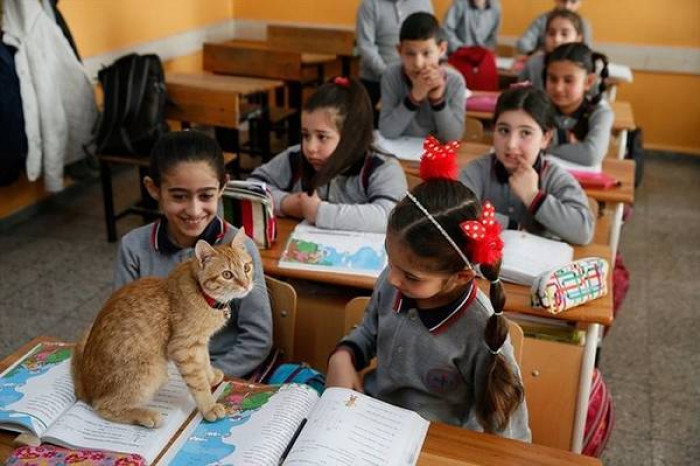 3. Tombi is so handsome! 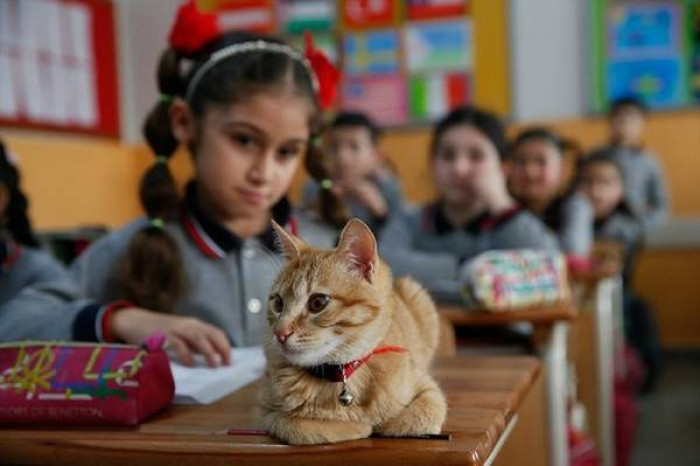 Özlem Pınar Ivaşcu is the teacher of the third-graders. She said that the students immediately fell in love with Tombi. “The children liked him very much,” she said.

Tombi is just as much in love with the children. He enjoys exploring the classroom filled with his friends every day and has made it his forever home.

However, they faced a problem with having Tombi around. It was that the school administration was against having Tombi residing in the classroom full of children, they thought that Tombi could be a possible health risk. This is totally understandable because the health of students is their top priority but everyone was too much in love with Tombi to prohibit him from school premises. The school administration was nice enough to come up with a lovely solution. They decided to have Tombi relocated to somewhere more suitable.

The children were literally so heartbroken, just as much as Tombi. They all missed him terribly. They did not even realize that it was Tombi who brought calming vibes to the classroom. It had even helped most of the students who were struggling to focus in class before, be more attentive and relaxed with Tombi’s presence. The classroom was more homely then. The sad children sent Tombi numerous letters and pictures so that he can know the students were missing him too.

Özlem said, “When he first joined our class, I noticed a change in the children’s behavior. They were more careful and stopped running around in the classroom. They couldn’t wait to come back to school the next morning (which is remarkable for some 9-year-old children).”

Beut Özlem proved to be a dedicated and compassionate teacher as she decided to make it her mission to reunite Tombi with the children. She came up with a genius idea of sharing Tombi’s story on social media. It was not long after it was picked up by a local news station where the story quickly caught everyone’s attention. After all the attention it got from hundreds of people, the school administration finally decided to allow Tombi to return to the classroom where he really belonged. His forever home, filled with delightful students that are his friends.

“The children were very happy to have Tombi back… And he is happy again to be with the kids,” said Özlem happily.

4. Look at this piece of sunshine. 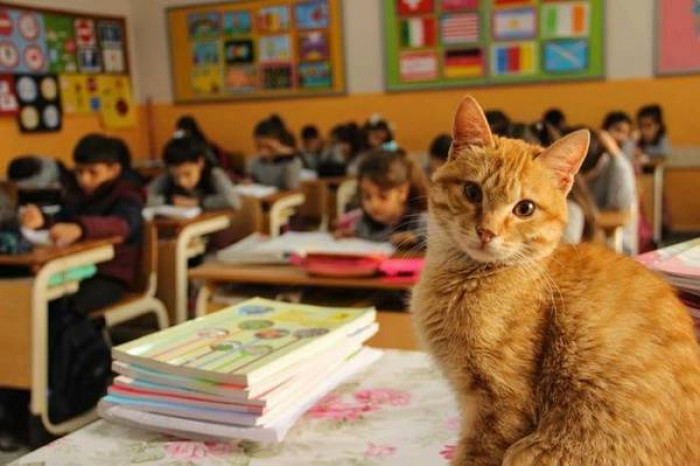 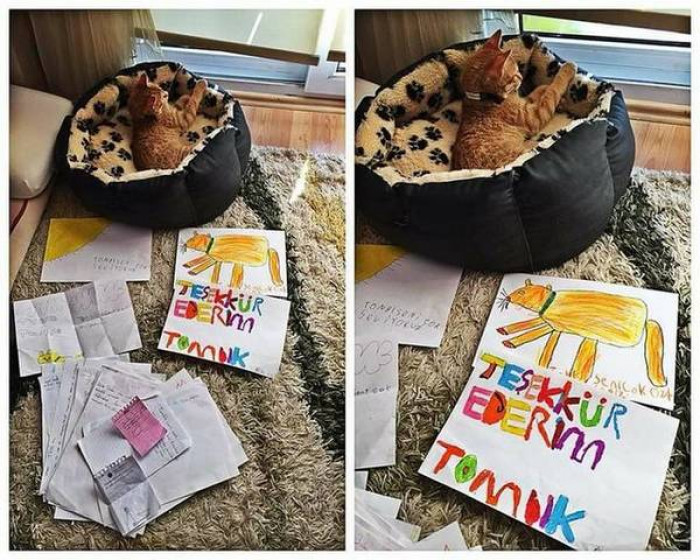 6. Such a wholesome picture this is. 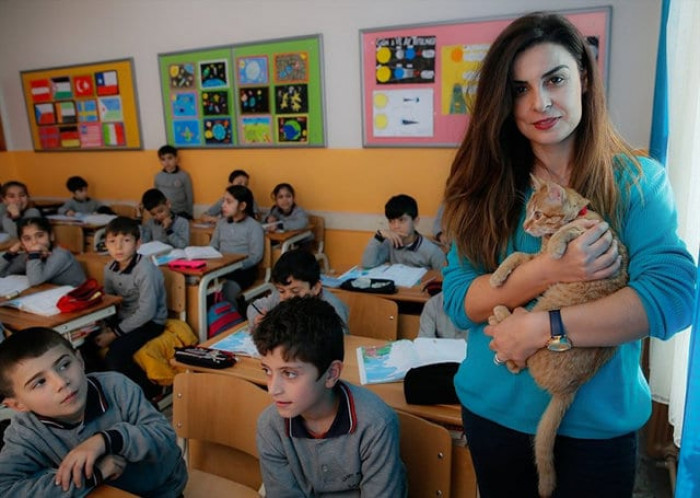 7. Aww, you can tell the children love him so much. 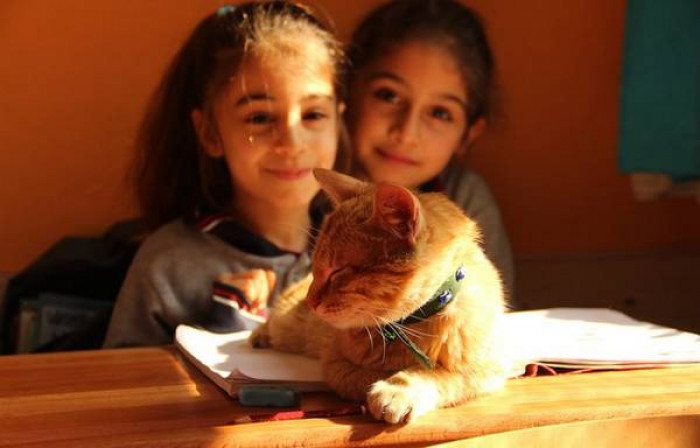 We are also very much glad to have Tombi back in his forever home. I feel so delighted after coming across this cute story. Do you like cats? Which is your favorite breed of cats? Tell us in the comments down below…