Even though the world is still a horrible place and full of inhumane acts, there are still ethical guidelines that are supposed to be practised by everyone. Especially in the medical field, people cannot get away with hurting their patients or experimenting with odd things on them. Doctors need to follow structure and guidelines. One can go to jail if these rules are not obeyed. But because not a lot of development was done in old times, it took time for doctors to catch up and realize that there is a certain way to work on the patients. Humans cannot be subjected to every absurd idea that comes to a doctor’s mind.

Until then, doctors did whatever made sense to them and the human’s body was subjected to a lot of crazy experiments. And the poor patients, of course, did not have a lot of say in it. Everyone was naive and they trusted educated people or those in authority easily back then. They thought anyone with even slight knowledge knew what they were doing. But looking back at those experiments, we realize the doctors did not know what they were doing. It’s crazy that these experiments even existed back in medical history. For instance, nowadays, if we are going for surgery, what do the doctors do to numb the pain? Give you anaesthesia, right?

But did you know that back in the 1800s, doctors used to suffocate their patients so that the pain could be avoided and they would feel numb! Yep, they would LITERALLY suffocate their patients… and that’s just the tip of the iceberg. There are so many inhumane and terrifying medical acts which are bound to send shivers down your spine just by imagining it. Are you ready to witness it? Scroll below to see more of the medical history!

1. Would you like to be suffocated to avoid pain? 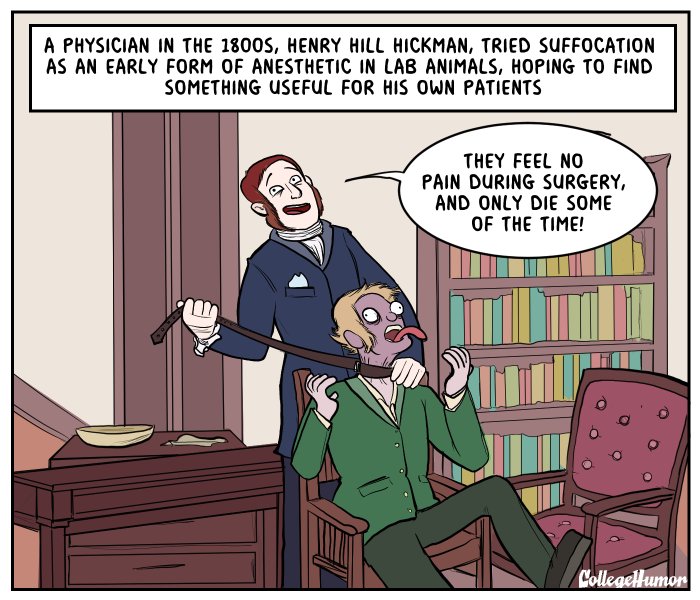 “Only die some of the time”. The doctors were pretty much on a crack in the old times and a little sadistic in nature. The lack of ethical guidelines and regulations boggles the mind. Doctors, scientists, researchers, and psychologists could literally pull any unethical and severely inhumane act and get away with it. It is almost as if people did not have a conscience in those days. 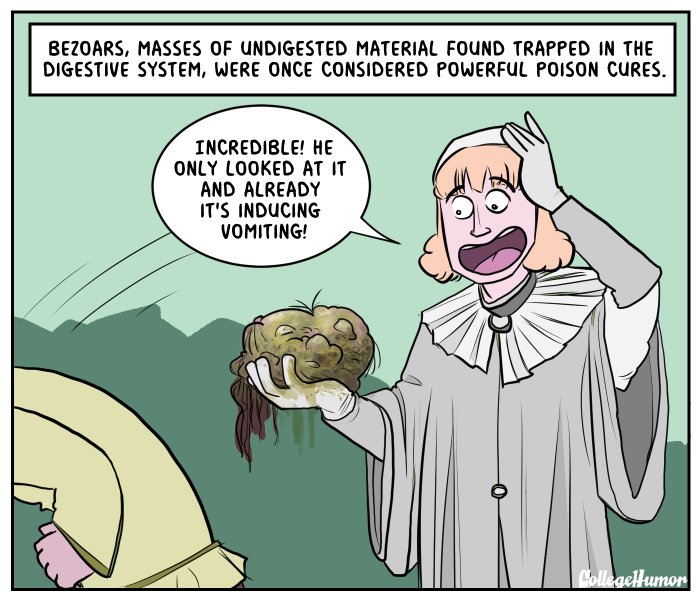 So anything that makes you puke is a cure for the poisoned body? Here it is, the time when humans were trying to figure out how the human body works. There were no experiments to back their theories because they lacked proper resources. They just went along with anything that made sense to them. This one is rather hilarious. 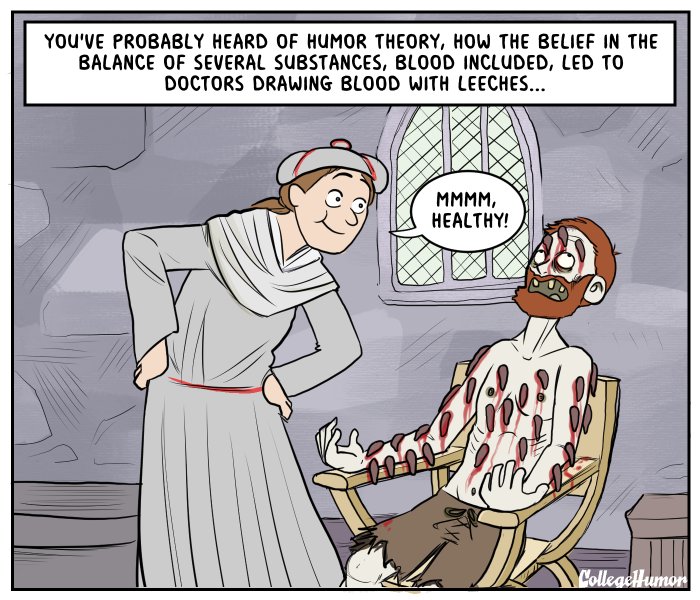 During the ancient times in Egypt, doctors used leeches in medicine to cure dental problems, skin problems, or nervous system abnormalities and would place leeches all over the patient’s body whenever the doctors had to draw blood since there was no concept of drawing blood from syringes. Leeches are still used for plastic surgery because the proteins that come out of their saliva prevent the clotting of blood. Well, whatever the reasons may be, putting little insects on the human body is creepy. Even just imagining several leeches walking all over my body is making me shiver with creeps. 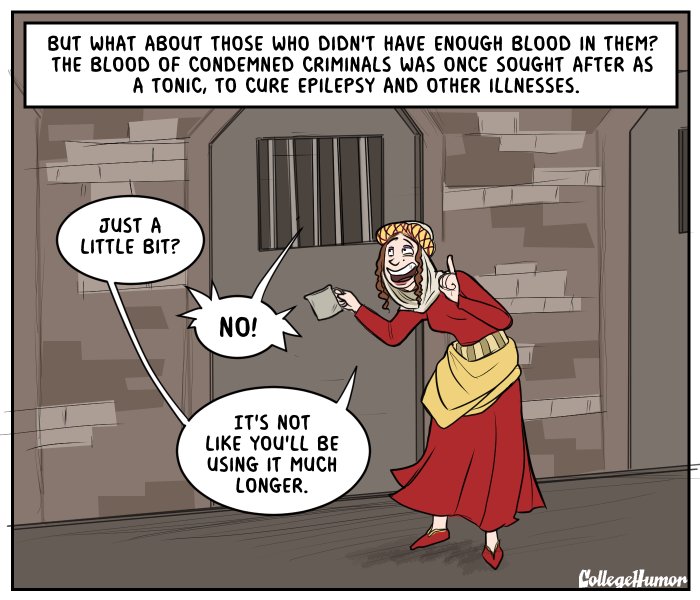 Well, we all know that criminals are not treated and handled in the best manner in the prison. There are constant efforts to somehow make them useful for society. But this has to take the use of prisoners to next level! Makes us wonder, what kind of people used to exist back in history? I mean, is this where the vampires originated from? Imagine your doctor advising you to drink an actual human being’s blood to cure epilepsy! 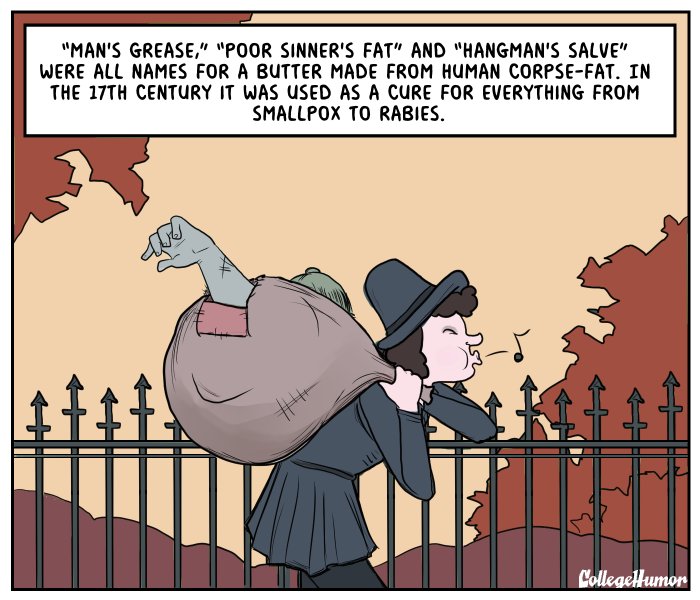 This officially confirms that our world was full of superstitions in the past. All those born in current times, we got lucky. Though, we do have our share of problems e.g. climate change. But at least we are not eating a dead man’s face. Why were dead people’s bodies used as a cure for everything in old times? Apparently, in the next post, we will see it was a popular ingredient for many medicines in past. 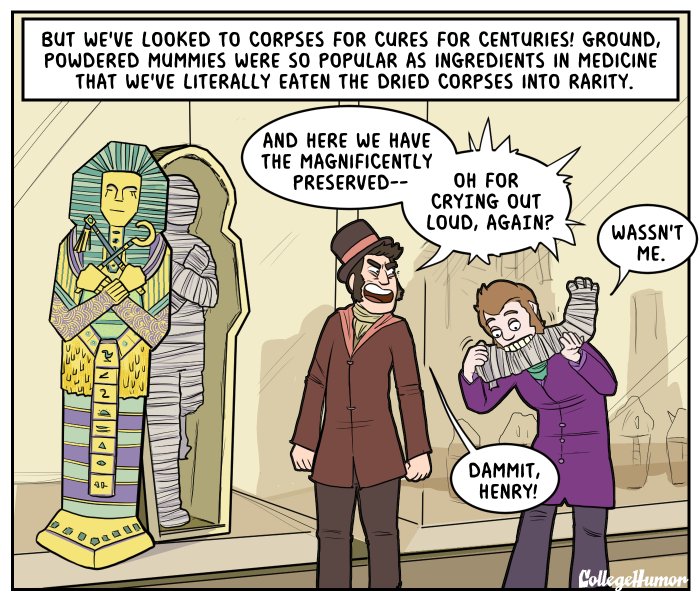 Why was the medical field so weird back in time? Weren’t plants enough for them to extract medicine? Why did they have to resort to dead people for a cure? Those people are dead! They failed in survival. You’re telling me someone who could not survive in the world will help us survive? Bestie, bye. The fact that dried corpses have been into rarity tells us how absurd human history is. Hopefully, no one is doing this anymore.

7. Ingesting poop for a cure 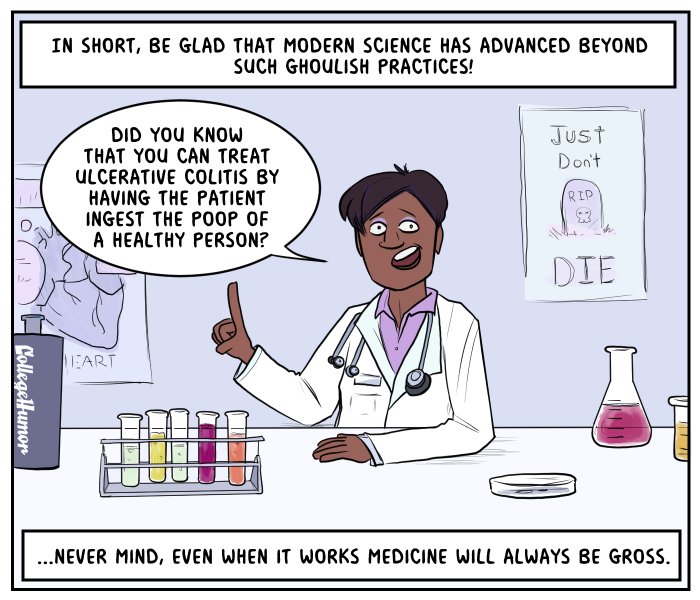 What I do not understand is how did the doctors even come to this conclusion? What made them think that ingesting a healthy person’s poop would work? Out of all the things that could, consider for a moment why they even thought of this as a possibility. And considering that it was suggested, this cure was probably applied to a patient to test its authenticity and it would have worked. Just thank heavens that you don’t have ulcerative colitis! I might be up for keeping that colitis than ingesting a poop.

After reading these absurd cures, I am just trying to wonder what would happen if such experiments were carried out in current times. Damn, imagine the chaos. But to be honest, humans went through this whole history of experiments only to figure out what was good for the human body and how the human body works. Though, those poor patients in the past really did suffer, which cannot be excused. It makes you wonder what they were thinking when the doctors went completely crazy on them! We cannot even imagine being in their shoes in today’s world, can we?

Anyways, why don’t you let us know that which medical history stunned you the most? Feel free to use the comments section below!