Everyone is looking for the love of their life.

Okay, so that might be a bit of an exaggeration since there are many people in the world who are completely happy being single. However, Tinder is an app that can help the loneliest of hearts out there. I am not saying it is usually used to start serious relationships since most people on there are only looking for a ‘good time’. Although what happens in this story isn’t a good time by any means.

We have all heard of catfishing and we always think about whether the person we are talking to is really the same as the pictures and all the information they have decided to share. It is a constant fear in this day and age of technology. And since Tinder’s model is based on looks and swiping right on the person you like the look of, there is not a lot of depth to it. You might find a person quite attractive and agree to go on a date with and then you later find out they only looked interesting on texts.

That is just how life goes. But this particular woman took things to the next level. You can ready the wholes story by scrolling below.

A pack of popcorn is recommended since this is going to be a wild ride.

It really does feel like you’re ‘shopping’ for someone.

Things start out pretty normal and in an hour, this woman has given her number.

However, that is when things change when she asks him to ‘wait’ for two weeks. 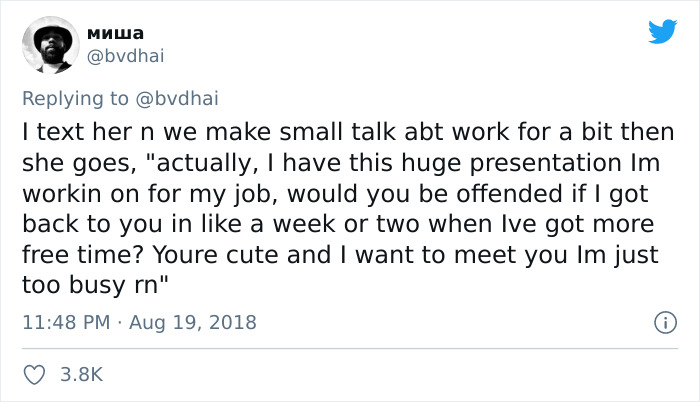 He is pretty sure she is trying to ghost him so he doesn’t say anything more.

He knows that this is just a roundabout way to cutting contact with him so he obliges.

And within two weeks he has forgotten about this incident and it seems so has she. 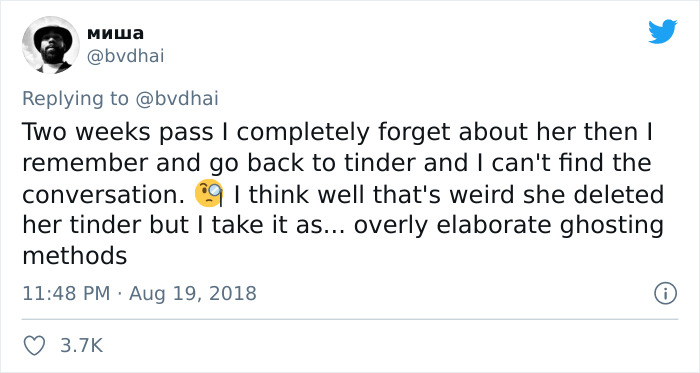 But that turns out not to be true when he gets a message two weeks later. 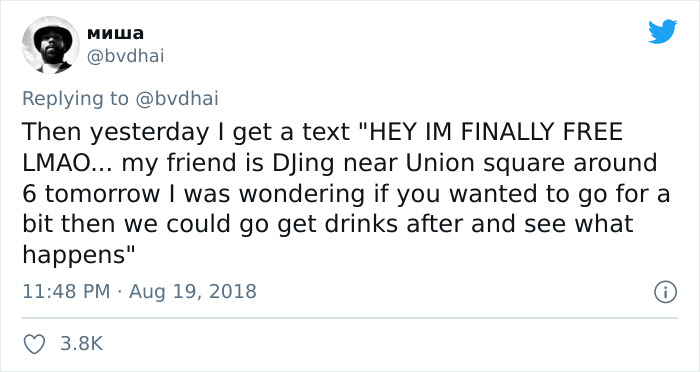 So they decide on an appropriate time and place for the date. 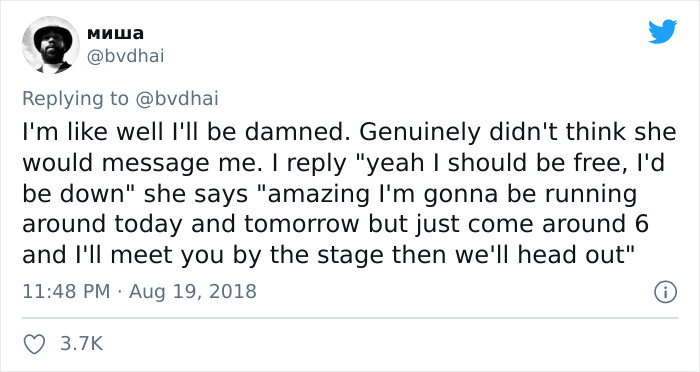 They both seem somewhat excited as well.

He feels that something is wrong but he goes along with it. 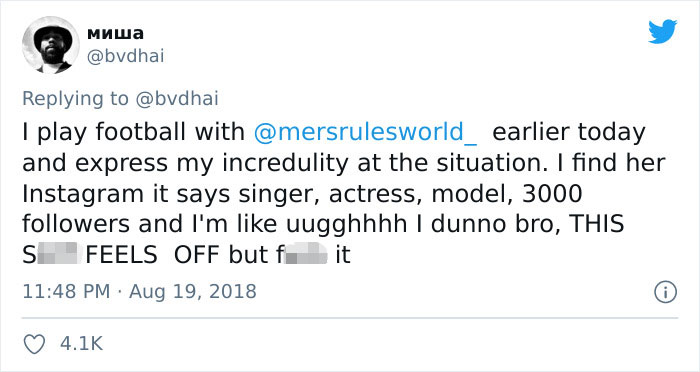 So he finally gets to the place they had agreed upon. 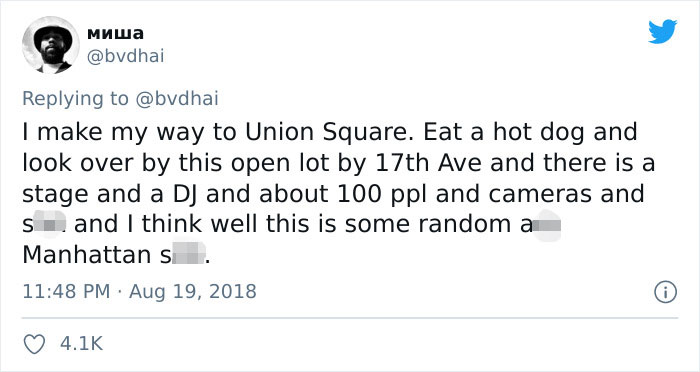 He waits for her after she texts him that she is running a bit late.

And that is when she enters with two bodyguards in tow.

Things start to get even weirder after she gets on stage. 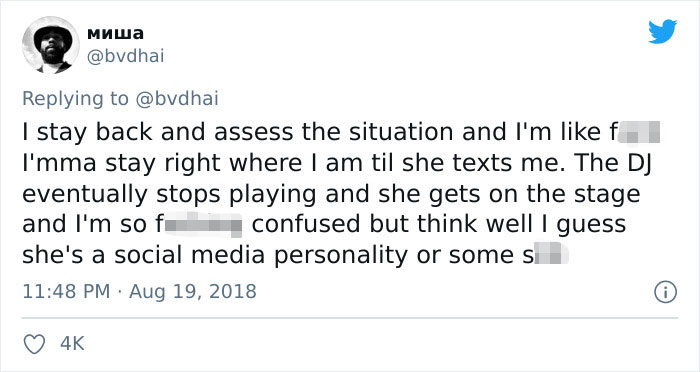 This guy really wants to head out but stays regardless.

He is clearly confused about what is happening.

And that is when things start to become clear.

She apparently wants all the guys to play a game to ‘win’ a date with her.

So she tricked a lot of guys to get them there.

Do not spend one more minute with a woman like that. She thinks relationships are games and competitions – and she thinks she is the prize. For anyone dating her, she will always be looking for someone “better.” Right now, I am looking out my window; I think her ego is blocking the sun. -tw 72

I can’t even imagine what was going on in their mind right then.

And rather than them all walking away, some actually stayed and played the game.

This guy, however, was tired of that so he went home.

And this is how this particular story ends.

There is also a picture accompanying the thread. 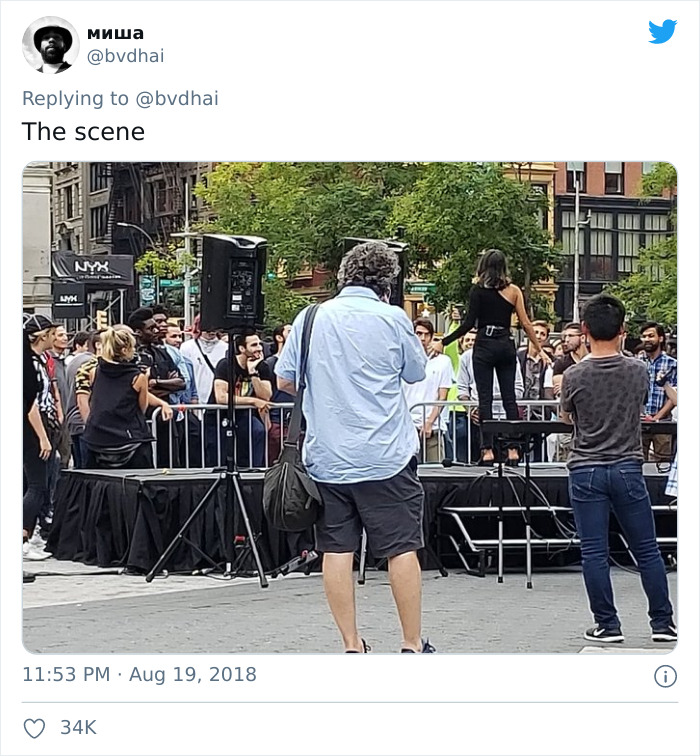 People in the comments were just gobsmacked by the whole story.

And couldn’t believe that someone would actually carry out this elaborate plan. 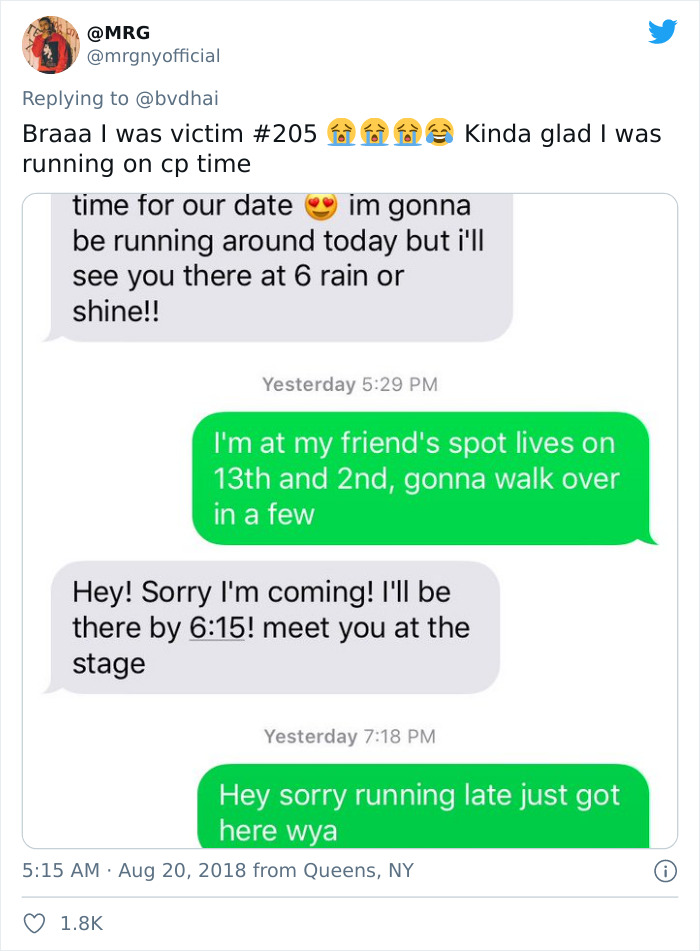 I don’t understand why so many women leave their profiles blank or say like “ask me anything!” or “I don’t know what to say”. Like, do you *want* to be judged purely on your looks? Do you have absolutely no desire to date someone who has similar interests, opinions, or relationship goals to you? You are probably losing out on good potential matches, AND making extra work for yourself and others by forcing a conversation to get even the most basic info about each other. Yeah, I just don’t get it. -Parmeisan

This could turn into a plot for an interesting movie indeed.

Some people just lost what faith they had left in humanity.

For those wondering, it was a social experiment.

On social media, I’ve gotten way more positive than negative [responses], but of course the negative tends to stick harder … I’m also agreeing with the people who think this is wrong. It is wrong to judge someone in person, so why do we think it’s socially acceptable online? How men are so quick to just judge [women] and put a label on us just because we didn’t give them what they wanted … it’s just a bruise to their ego. -Natasha

What did you think of her actions? Comment down below and let us know.