Babysitting is not easy.

You not only have to take care of the kid but you can also be liable if they get hurt in any sort of way. And if you know kids, you know that they are always seconds away from falling from somewhere or banging their head. So unless someone is specifically looking for a babysitting job, we shouldn’t force others. This woman apparently doesn’t understand that. And thinks her neighbors are liable to take care of her kid.

I have no idea how her mind works but according to her entitled self, they should babysit her kid for free. She even goes as far as leaving her kid on the doorstep of her neighbor before she goes to work without even asking beforehand if they are willing to take care of him. In some parts of the world, that is called ‘child abandonment and can land you in prison. But this woman is clearly crazy. As you can see for yourself by scrolling below.

Entitled and crazy have a lot of overlap but they are not the same. 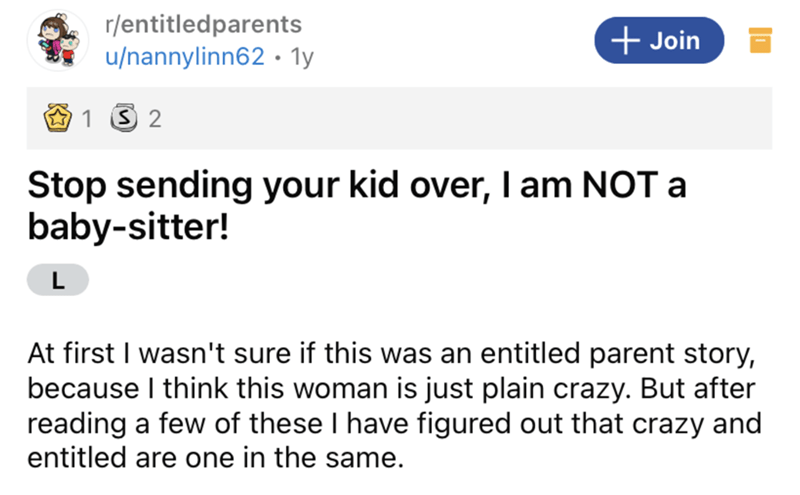 This woman is a cut above what we usually get in these sorts of stories. 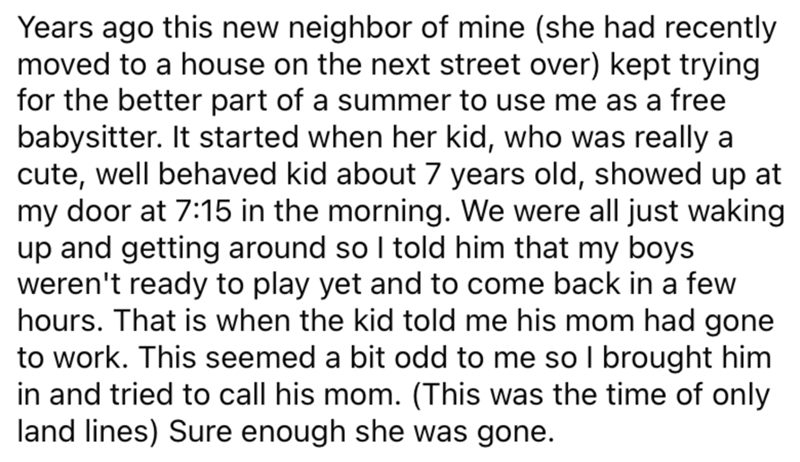 She not only abandoned her child but also had the audacity to ask this.

This woman thought it is her neighbor’s responsibility to take care of her child. 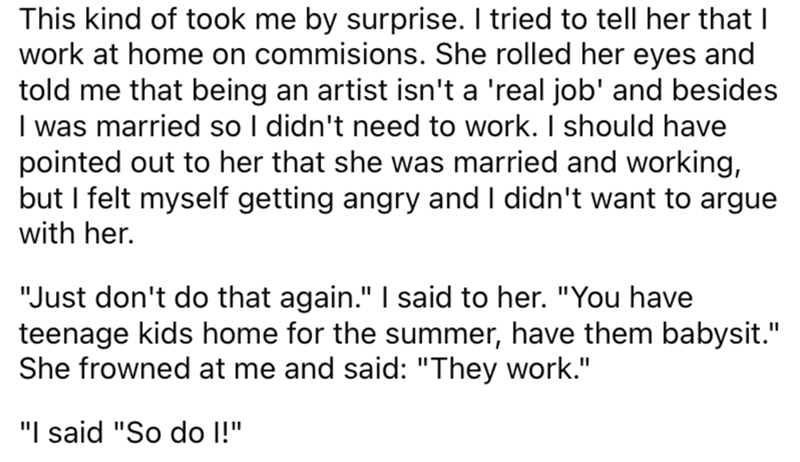 I would be quite frustrated if this kept happening to me. 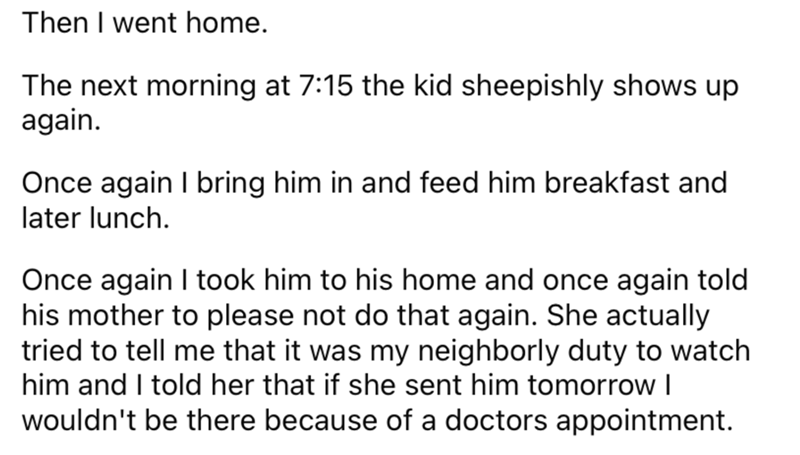 Most people would have called the CPS by now but OP didn’t want to cause a scene.

However, things only escalated from here. 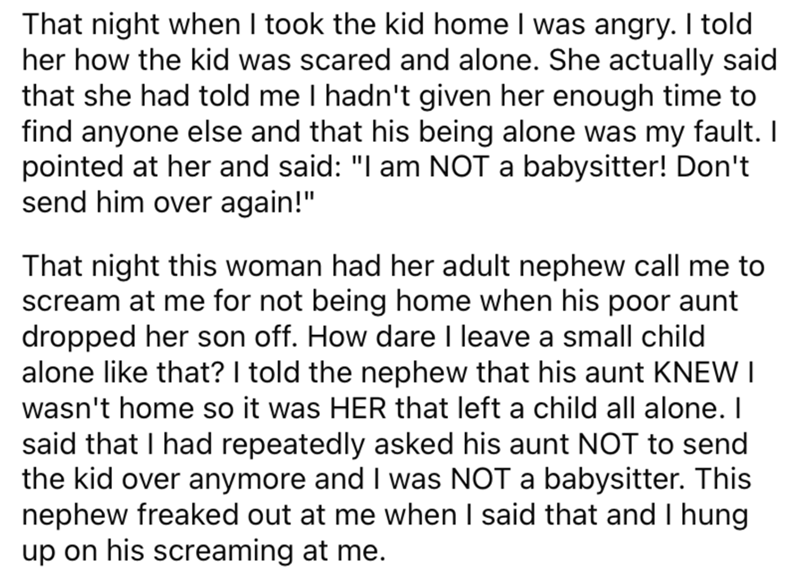 She went as far as tailing her and leaving her kid right there. 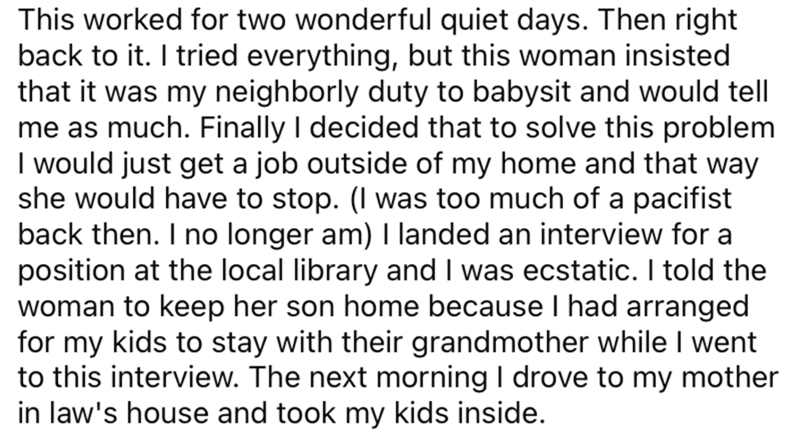 It almost seems as if this woman was trying to get rid of her child somehow.

This would have been a great time to call the authorities. 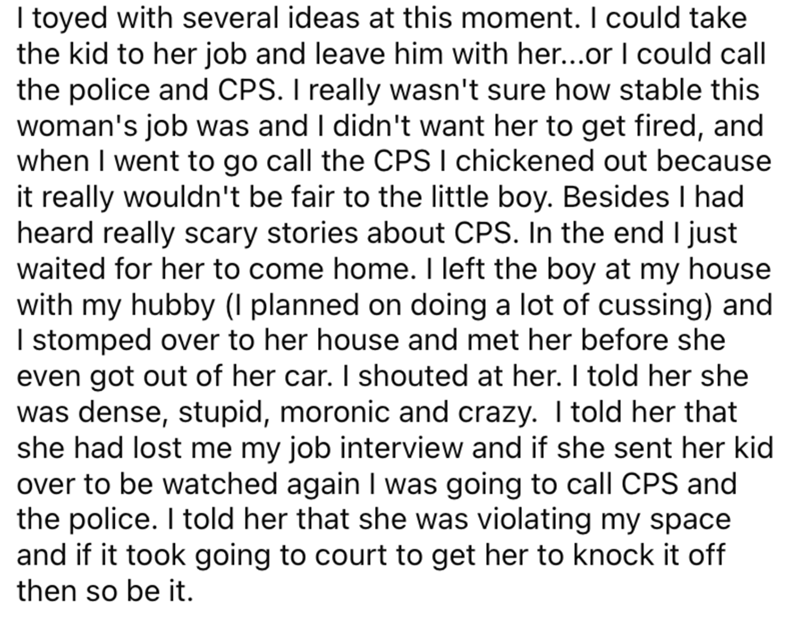 There are unfortunately a lot of bad stories about CPS and foster homes and such, to a point where a lot of people think: ‘Welp, his/her parents are terrible, but the alternative might be worse, so what to do?’.

It has gotten better but yeah, plenty of instances where CPS wasn’t called not because the people around the kid weren’t worried or didn’t care, but because they DO care about the kid, and think he/she is still better off at home. –Crowbarmagic

But finally, things got better when her husband learned what was happening behind his back. 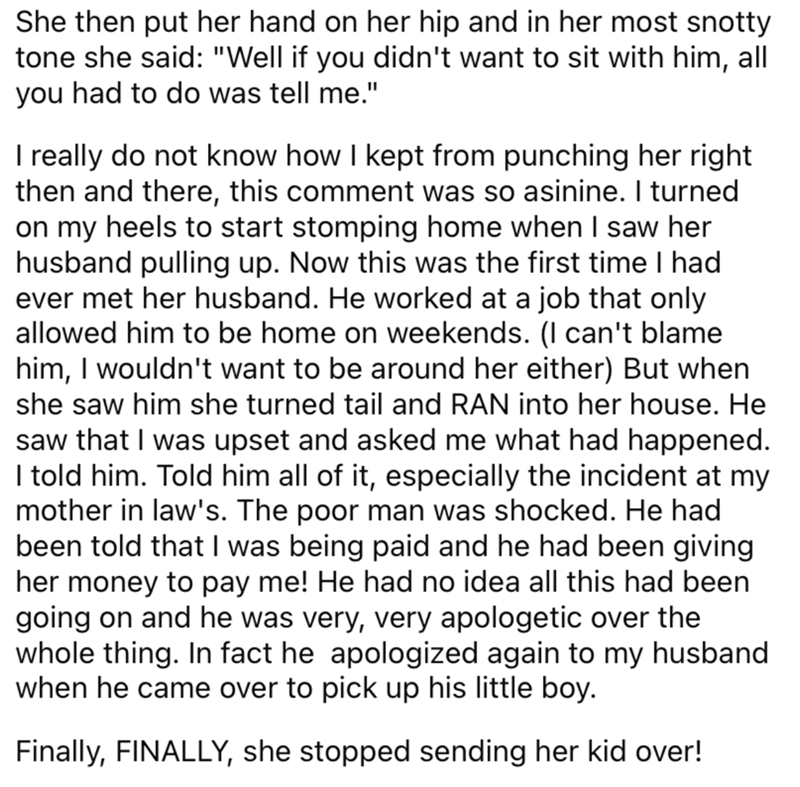 From what I have seen here, there was something seriously wrong with her head and I hope her kids are better now. 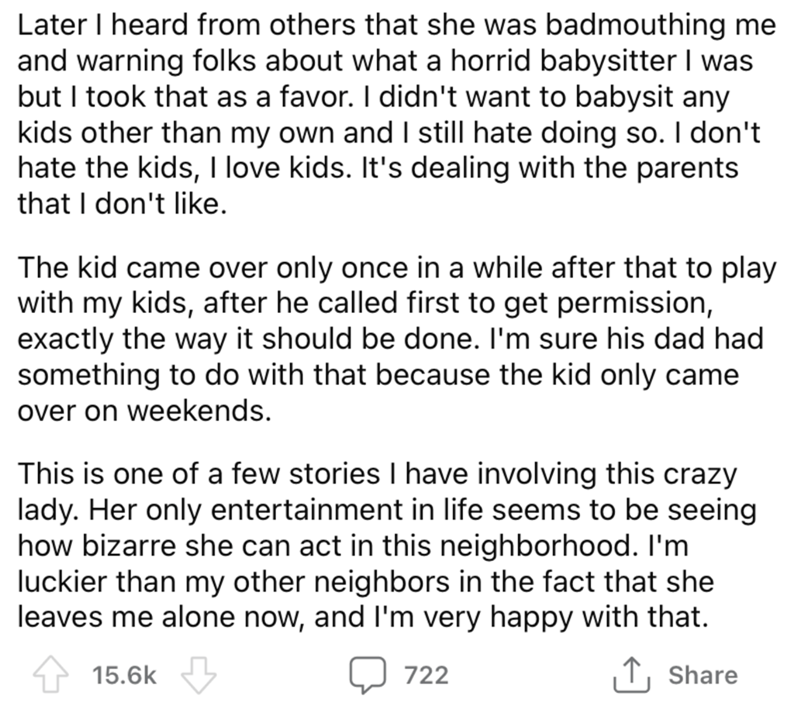 Yup. My mom lost custody of my little sister when we were kids for literally pulling this stunt. She’d just ditch my sister with her neighbors and go off to live her life. After a couple of days, the neighbors were rightfully upset so they got CPS involved. My mom had already been on their watch-list so that handled that.

have you ever dealt with a similar situation? Comment down below and let us know.