This is why you let nature be.

Because you never know which one of your actions can cause an all-out war between ants. I never thought I would say that sentence but here we are. Who knew ants could be so territorial? I had heard similar things about bees but they are apparently quite similar to ants. You see a woman just wanted to put two ant colonies together and her intentions were completely pure.

She didn’t realize that this innocent action would cause an all-out war and the almost end of an entire colony. She couldn’t do anything but sit and watch as one ant colony completely devoured the other, not only defeating all of the ant workers but also the ant queen. This story reads out like it is straight out of a movie but it actually happened and we have pictures to prove it.

You can only understand the whole scenario by scrolling below and reading it for yourself.

The title doesn’t do this story justice so let us begin with how it started. 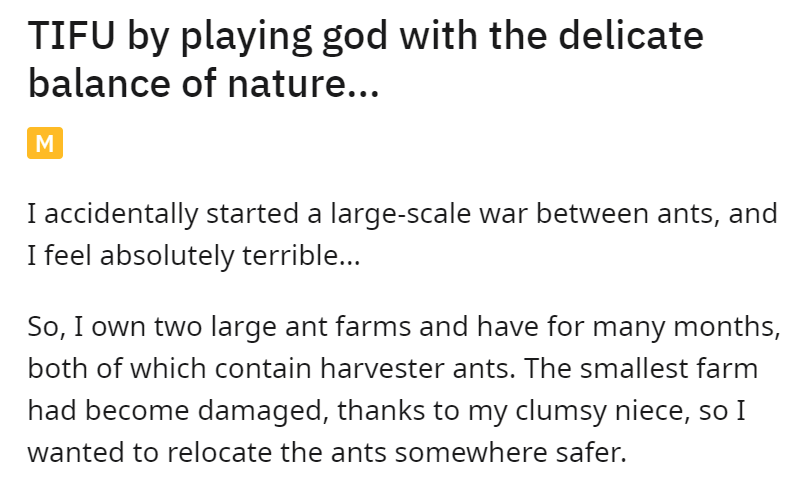 She had an ‘ingenious idea to connect the two colonies. 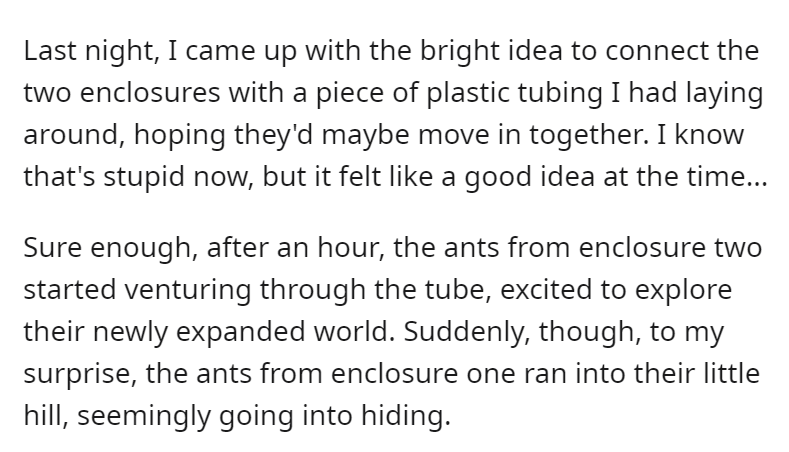 It seemed like the best decision until she realized what she had done.

When she saw what was happening, it was already too late to change the course of history. 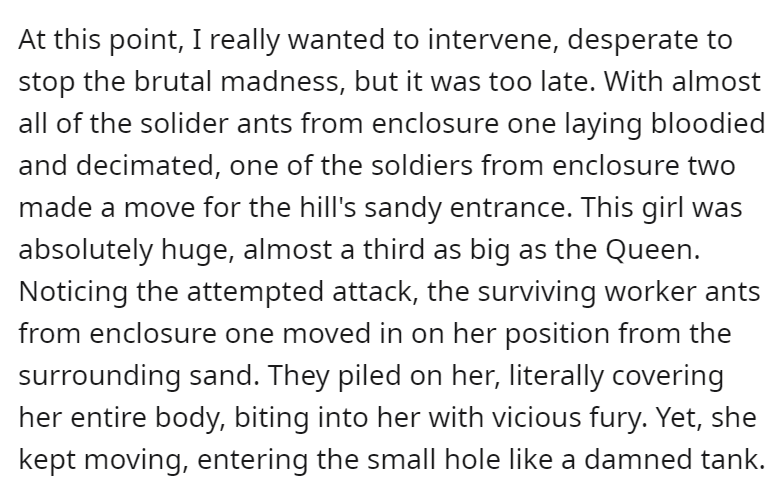 So she could only sit there and watch as the ants warred with each other. 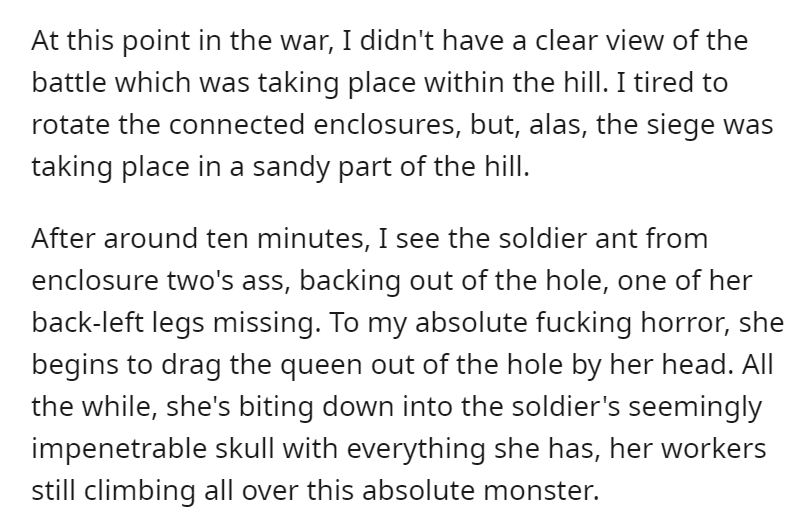 And in just a few moments, the queen’s life was ended by a soldier who paraded around with the head. 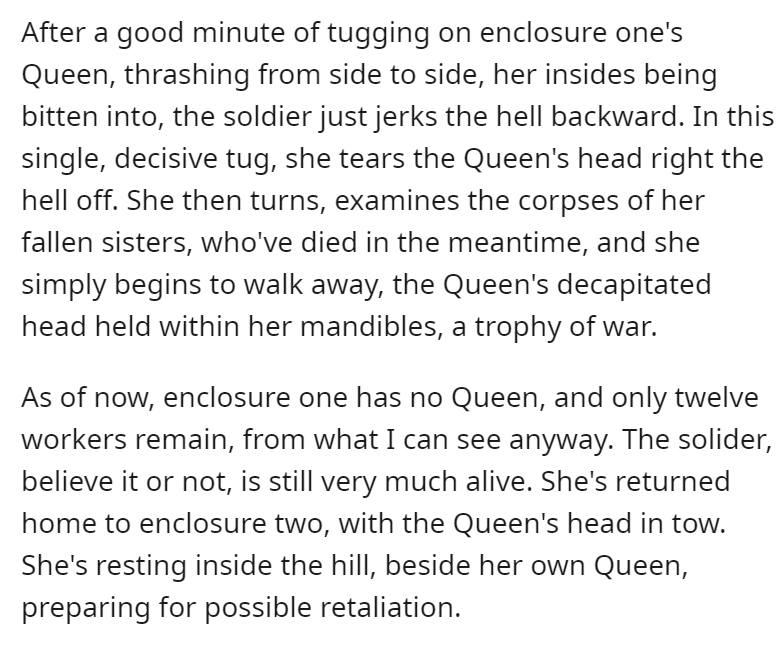 You can see the battlefield with your own eyes.

As the Queen slayer parades around the ground looking for any survivors. 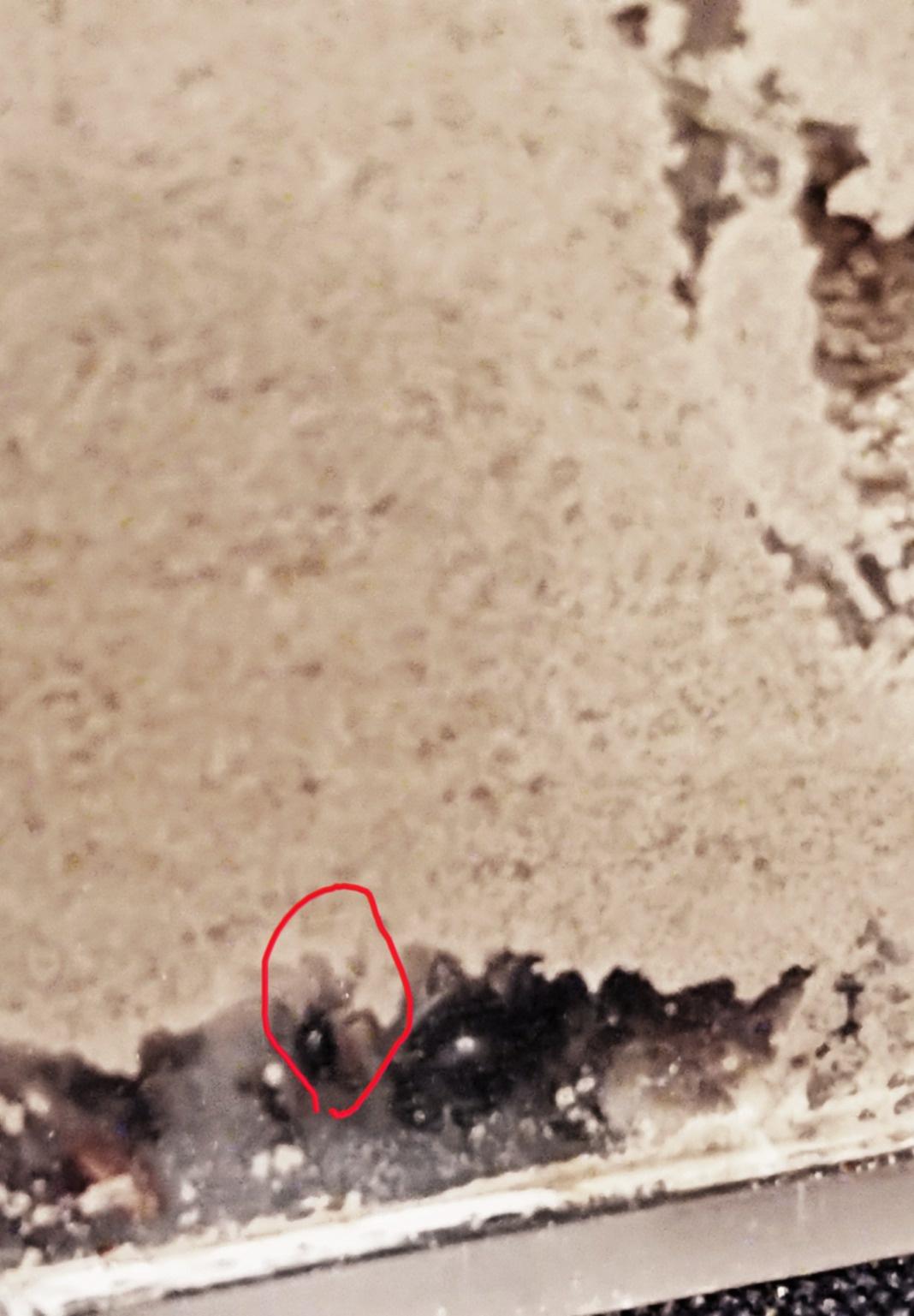 Sadly, we don’t have a video of this as she was too busy trying to intervene in the war or being concerned to sit there and make a video. However, we do have pictures of the aftermath and they are truly terrifying to see. The colony is probably burying their de*d friends as apparently, ants do indeed bury their fallen soldiers. The things you learn every day are fascinating.

The woman did disconnect the two farms but it is too late now as one colony is almost too tiny to survive on its own now.

People in the comments weren’t too sad about the war. 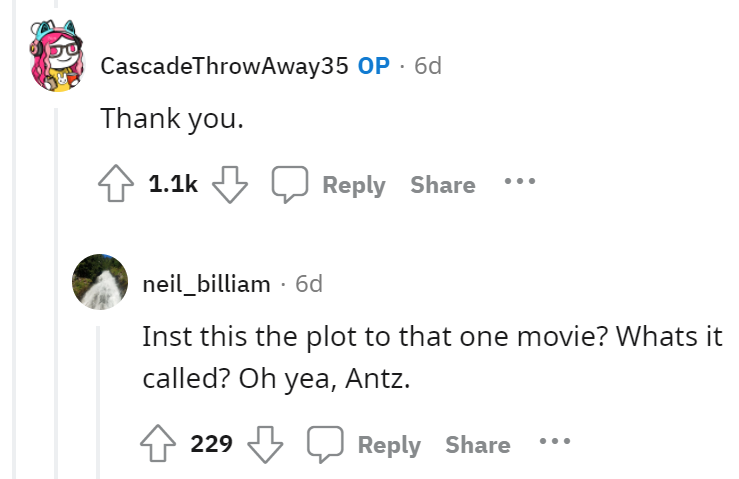 While others had a great time reading the story. 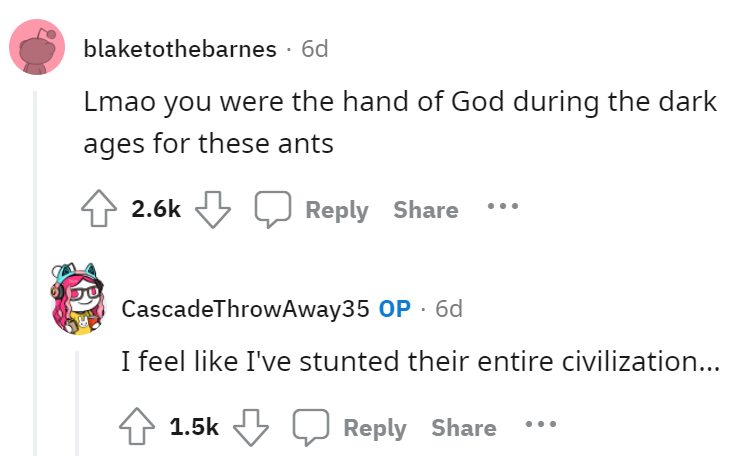 I mean a movie should certainly be made from this script. 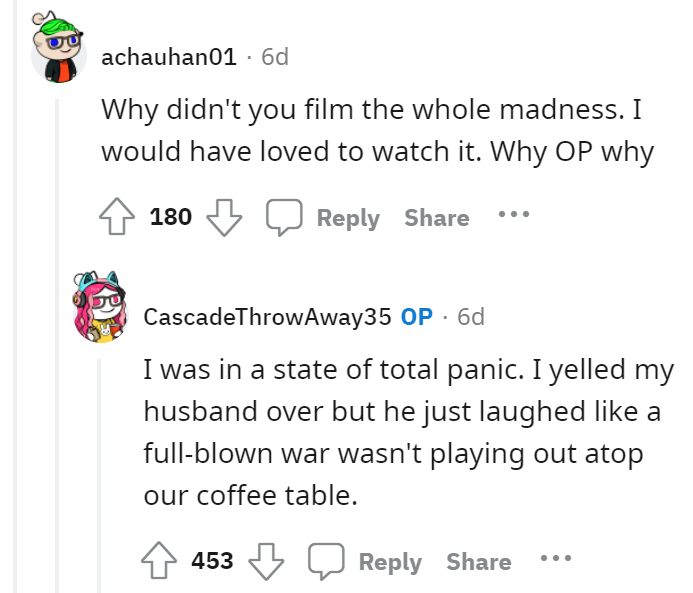 However, one colony has sadly ended. 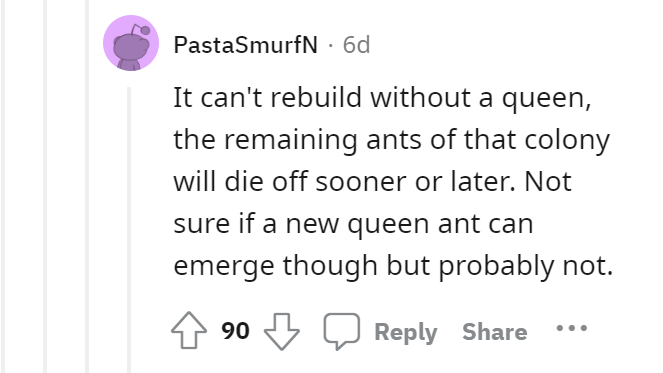 But the Queen Slayer remains and who knows what she will do next? 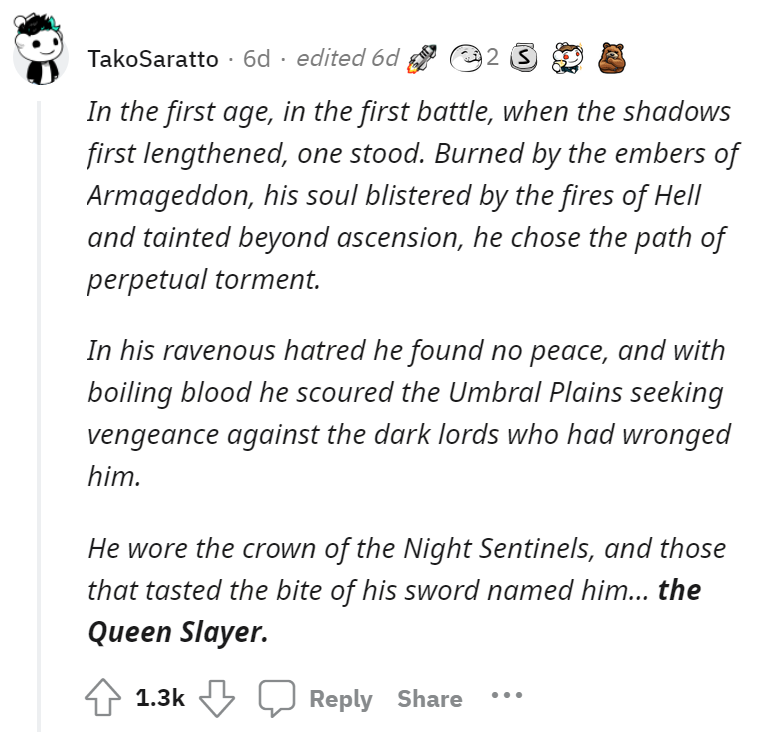 Did you know ants were so territorial? Do you have an ant farm in your home? If so why not share a little bit about it in the comments below? We are always ready to learn new things. And don’t forget to share these with your friends so they too can learn about this unintended war.