Unexpected encounters are the best especially when they are with animals.

You might have pets at home but when you unexpectedly meet an animal, the happiness that you feel is unbeatable. Nothing compares to the unexpected encounters that can bring a smile to your face. You might have been having a rough and tough day but when you will be greeted by an adorable animal, we are sure it will make your day a lot better. We have compiled a list of people who accidentally met animals and their encounters were wholesome. We can not get enough of their encounters and thought to share them with our readers. Scroll down and enjoy!

1. This guy had his pet “Turkey” with him at the grocery store. 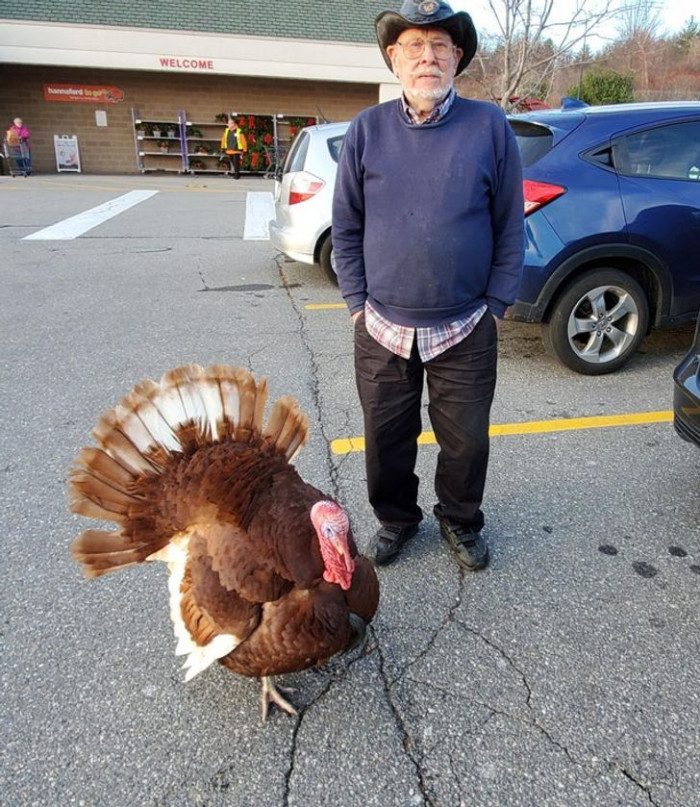 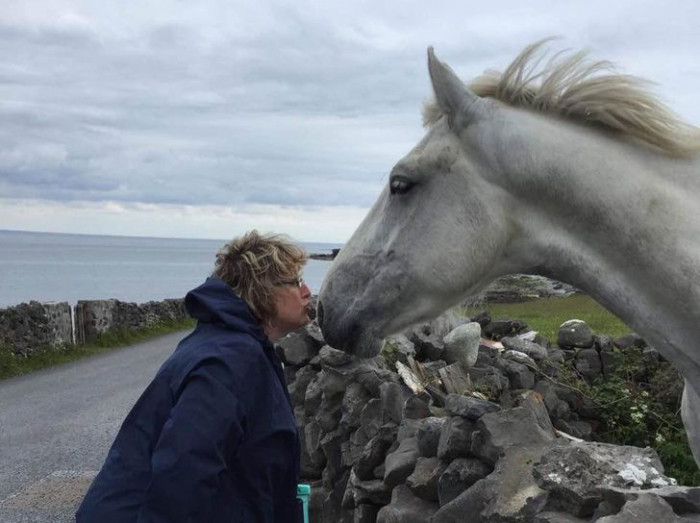 3. This blackbird was rescued from a magpie and now he thinks the rescuer is his mom. 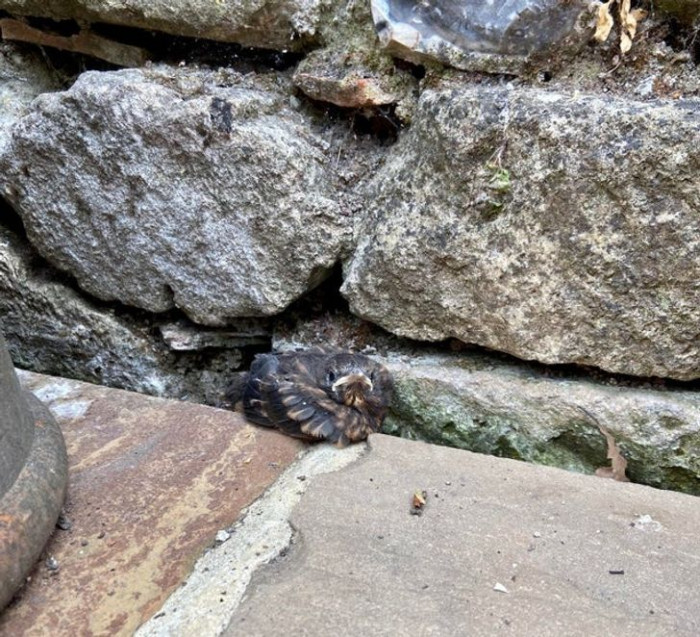 4. This cat has made a new friend. 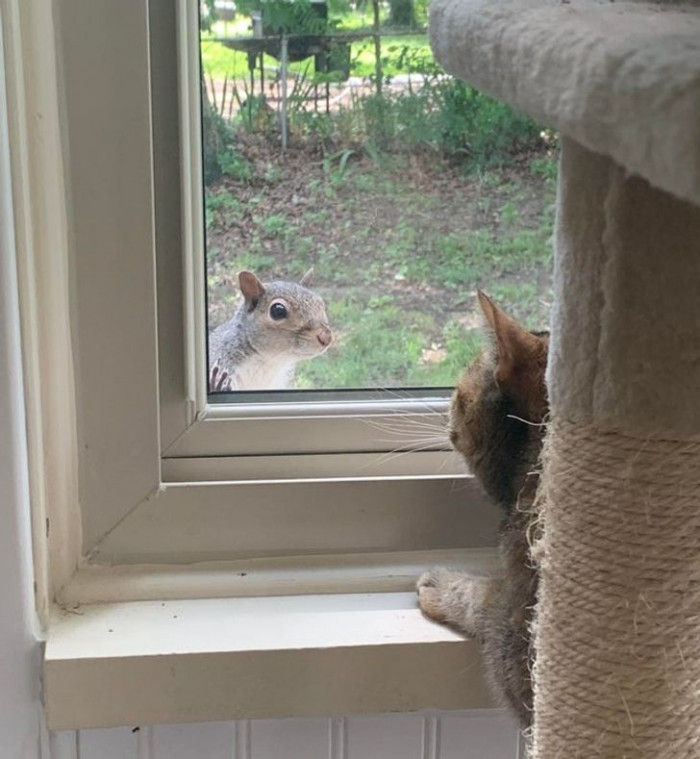 5. How happy does she look at making some new friends!! 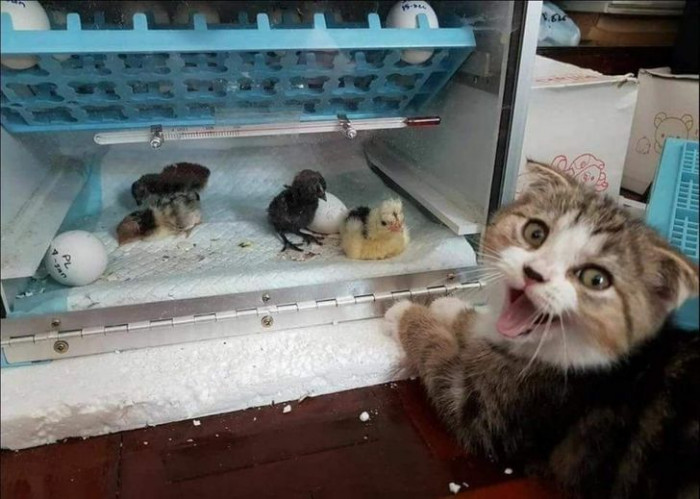 6. He bought a boat a few weeks ago and found kittens in it. He is now a cat daddy. 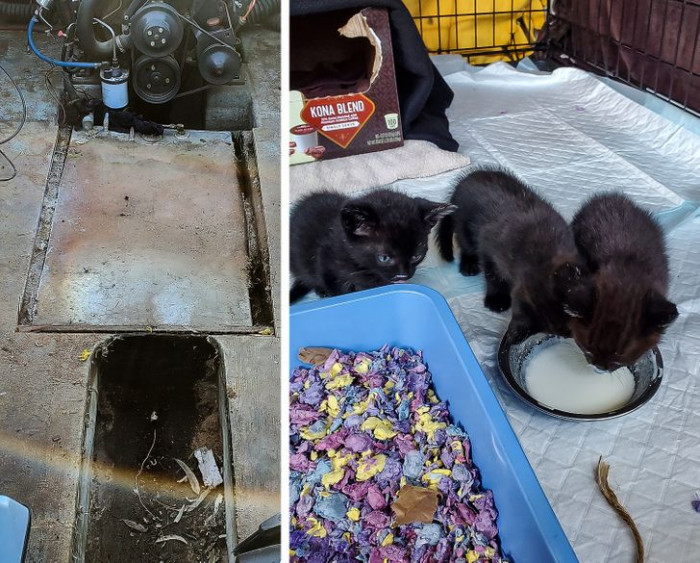 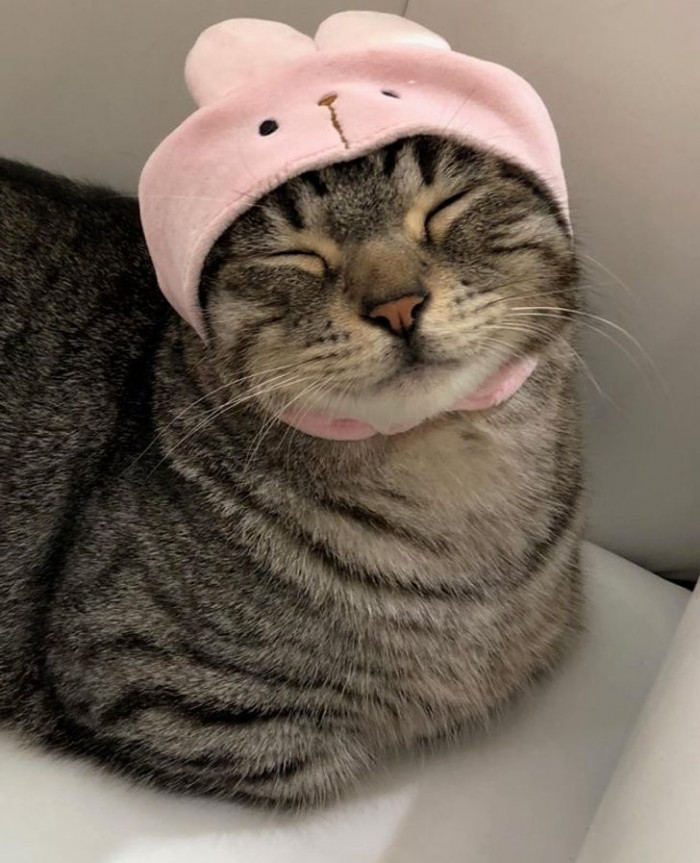 8. Fed him one day and the next day he appeared with his brother. How cute!! 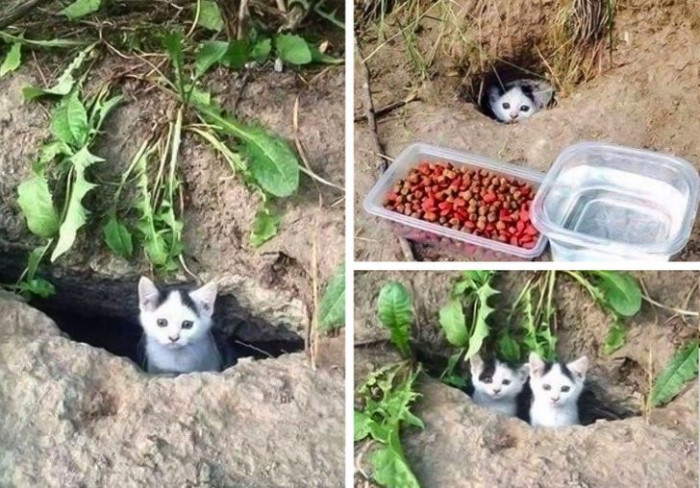 Animals are adorable and friendly creatures. They would instantly be friends with you and start loving you even if you have met them the first time. Look at this cutest cat who met this stranger one day and he treated him with some food so he brought his brother with himself the second day. How cute and majestic the sight is. We are sure, this man had made the best friends.

9. Woke up and saw a deer licking my cat! That’s wholesome!! 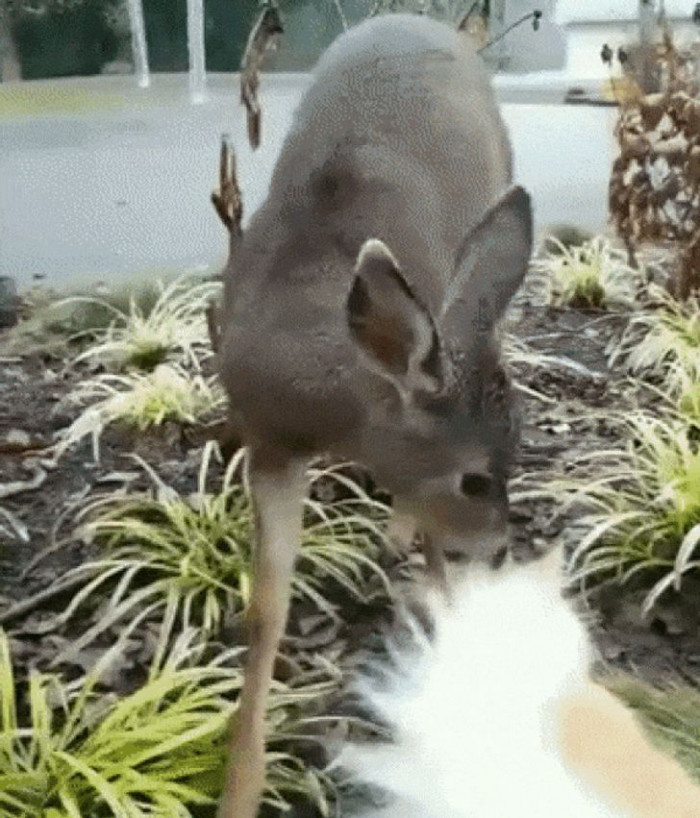 10. We’re staying at an Airbnb and I was greeted with a donkey just before midnight when I took my dog for a quick walk before bed. He’s the goodest boy! 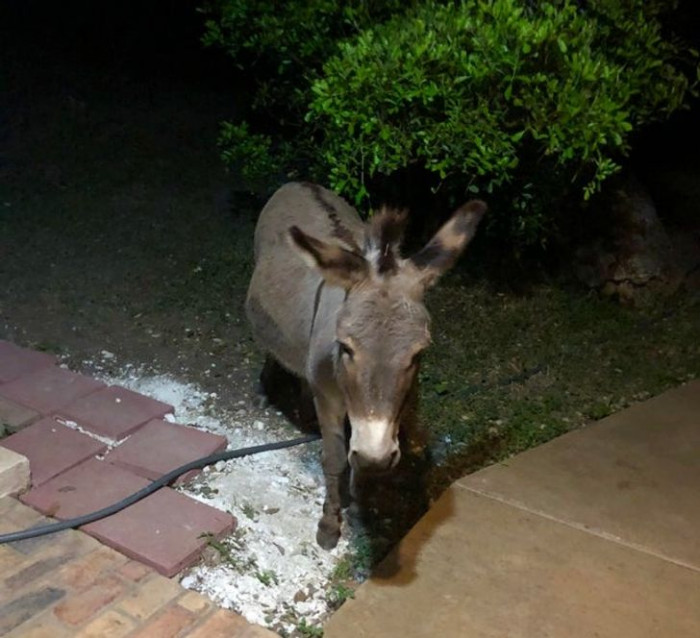 11. Found my dog hanging out with the crow yesterday and today I woke up to two birds in our kitchen. 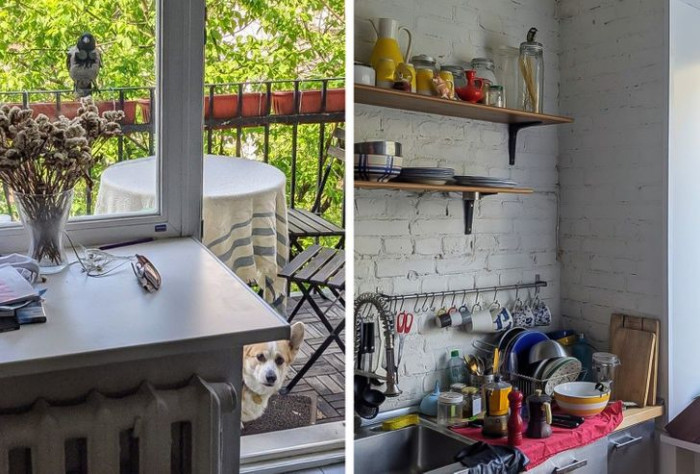 13. Found him roaming around the streets of Chicago. 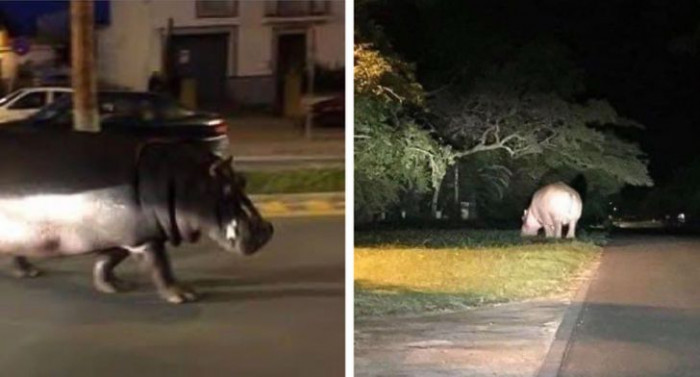 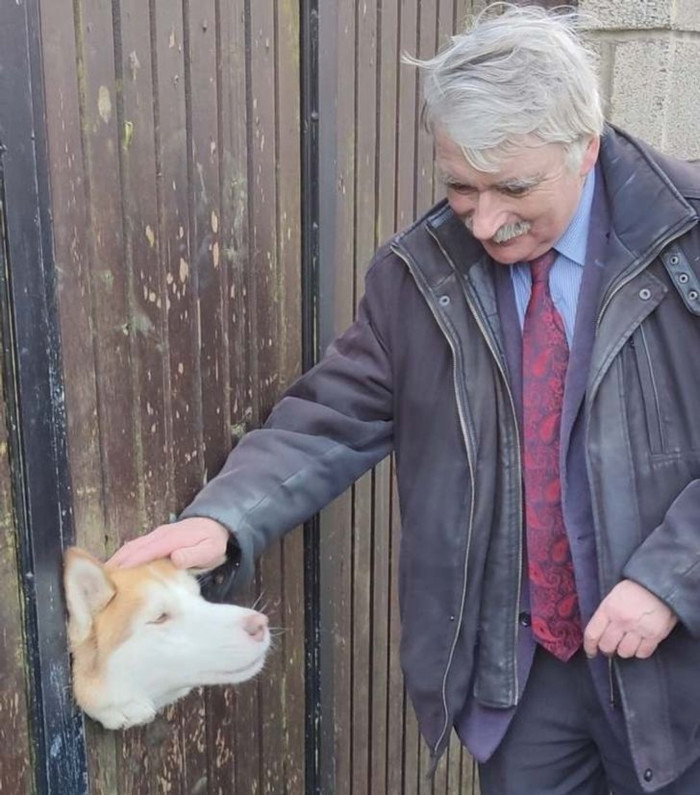 15. Found him on a hike this morning. 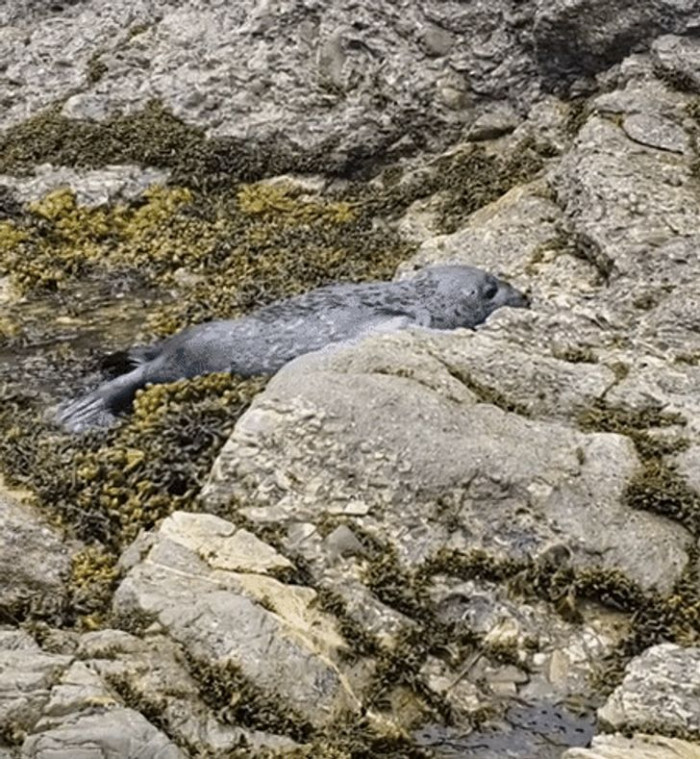 16. Found her with a possum and look at the brightest smile on her face. 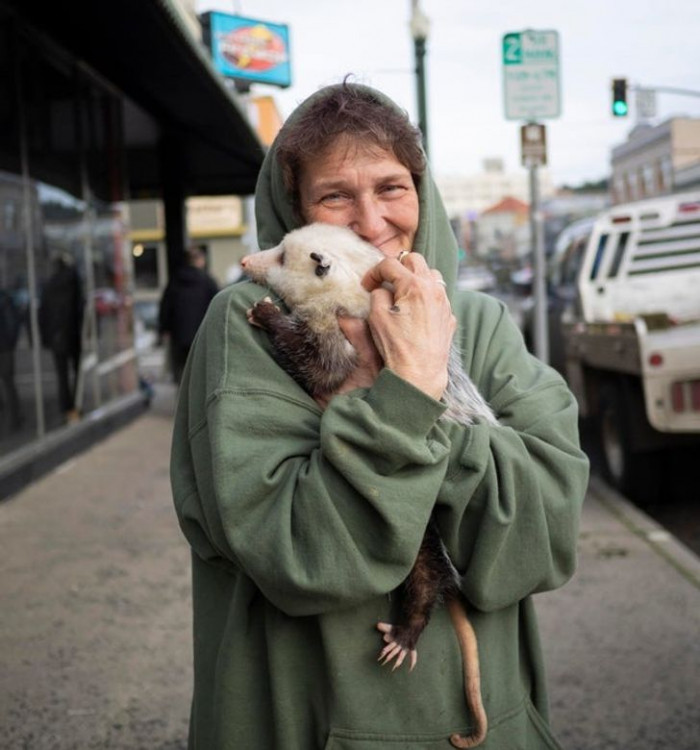 From finding kittens in a boat or to seeing a cute animal on the road and instantly falling in love with them. Animals’ encounters are by far the best and we hope we get to have one on our way back home today. If you have ever come across any adorable animal and you have a story to share with us. Feel free to leave it in the comment section below!