Animals have forever been a part of the lives of humans. They live among us, they interact with us, become our pets and forever entertain us. But often what we overlook is the fact that these beings too, just like us, have a mind of their own. They are more than being cute, adorable and silly creatures that make us laugh all the time. They have thoughts, ideas, dreams and even have the power of imagination. If you ask us, their personalities exist through a conscious mind. This is exactly what photographer Robert Bahou said and it was the inspiration behind his project of attempting to take a glance into the souls of these wonderful creatures that surround us. In his collection of portraits, named “Animal Soul”, he has made an effort to keep the focus on the cats, dogs and horses by keeping the shots up-close and personal, with black backgrounds and portrait shots.

He said in an interview “animals don’t pose, there is nothing fake about them. they can be photographed just as they are”. Even so, his work is truly remarkable and just goes to show why he was named ‘Dog photographer of the year’ at just 22 years of age.
Now, without further delay, here is a peek into the work of this brilliant young mind.

1.This guy is too good looking to not be in a movie. 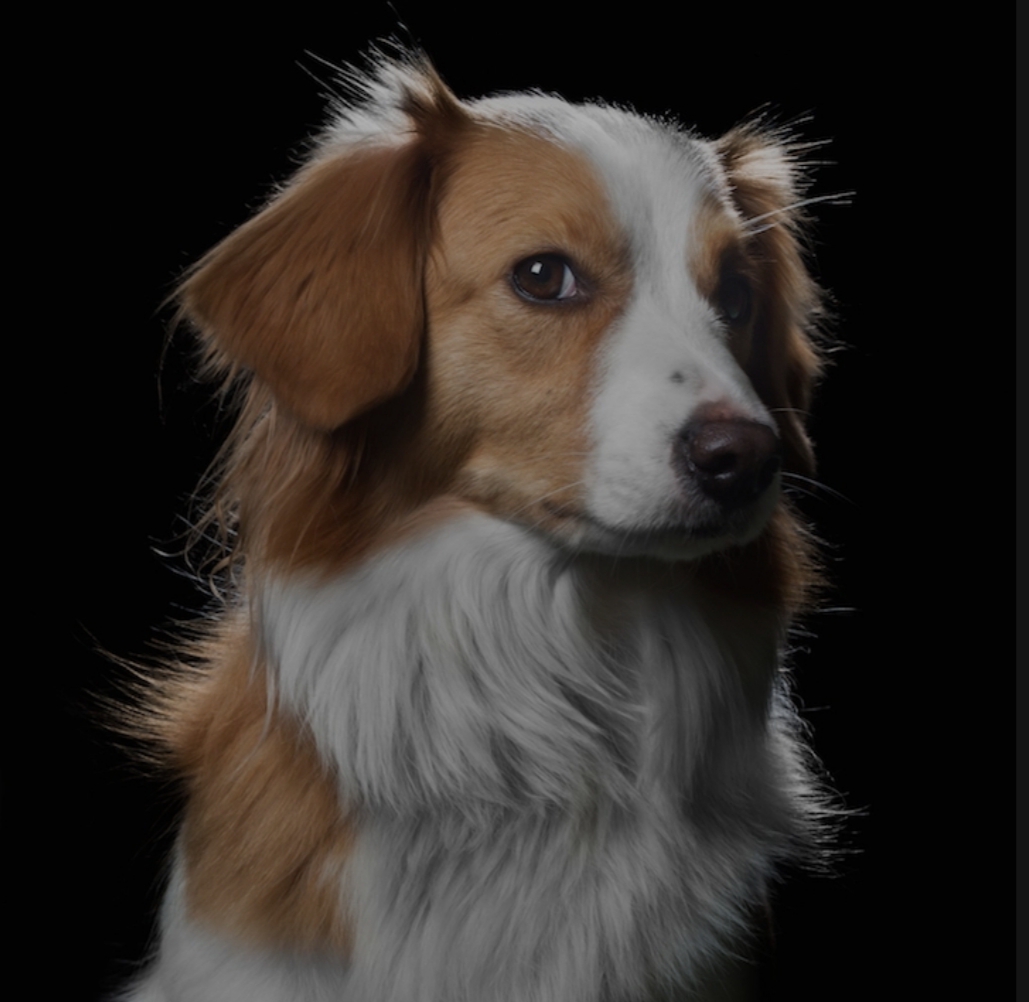 Someone call Hollywood, we have found their next action star. 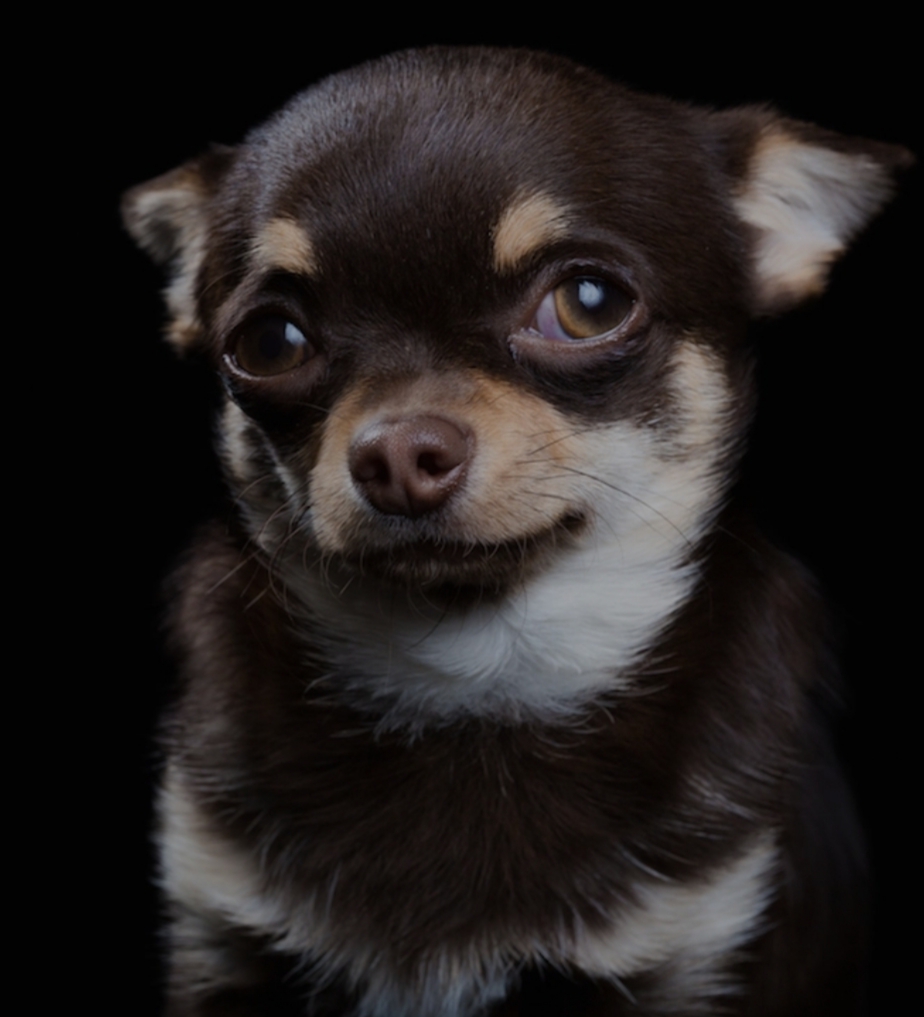 This cute fellow just had breakfast and is already daydreaming about lunch. 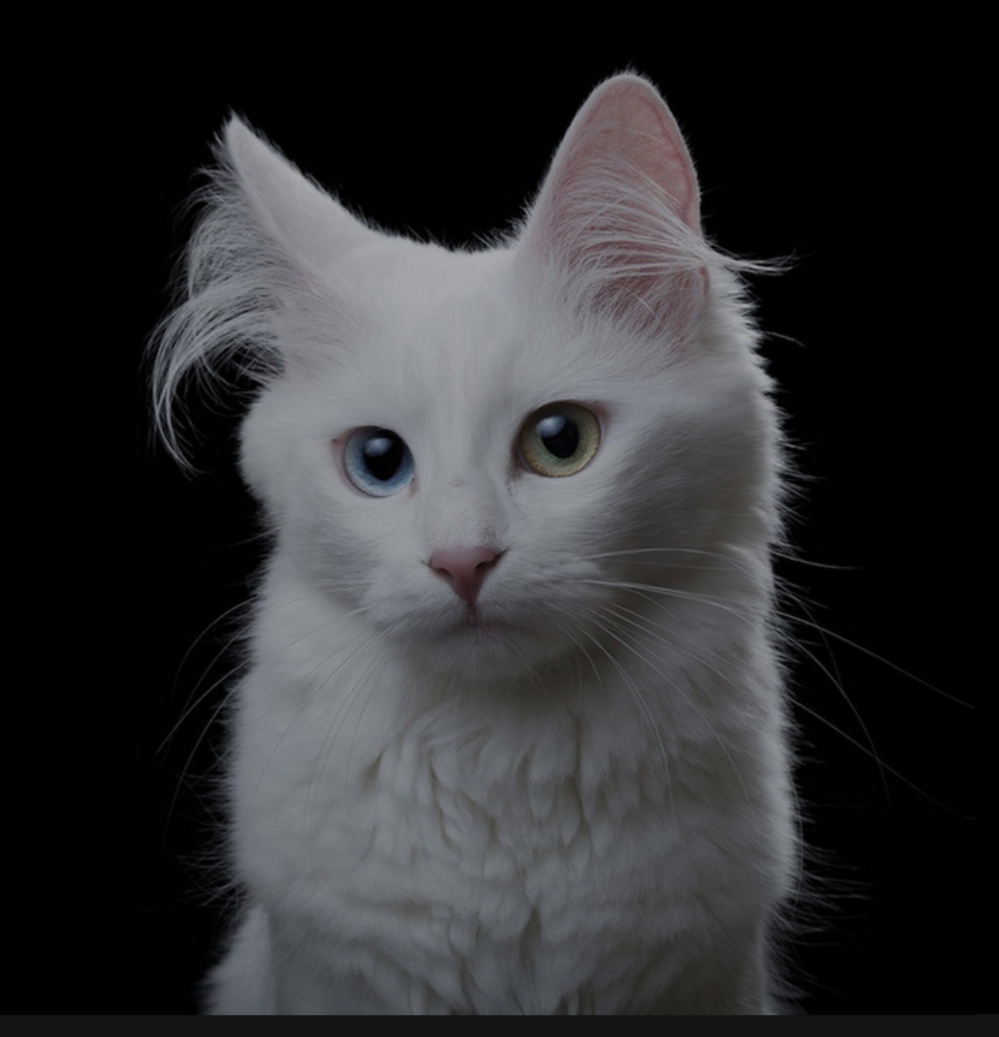 Go on, google it, thank us later! 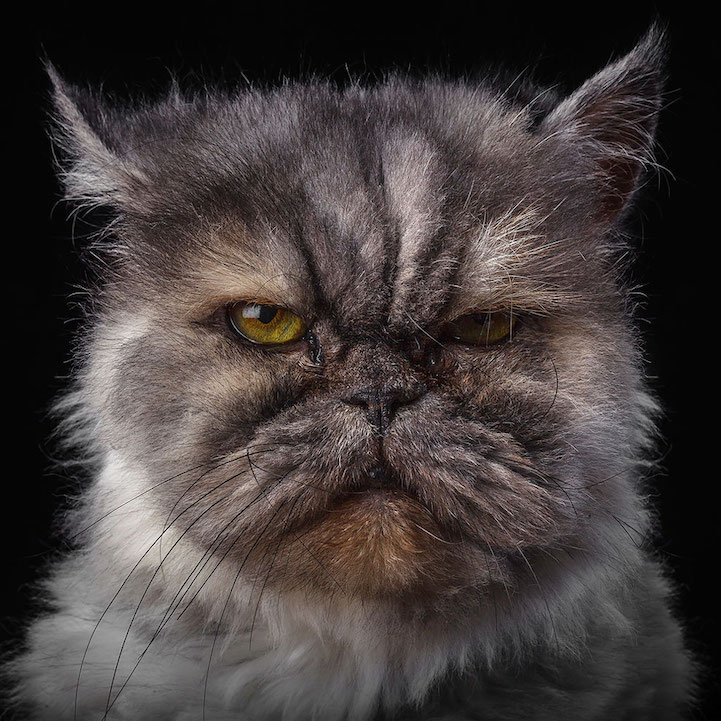 You wouldn’t want to mess with this grumpy old catto for sure. 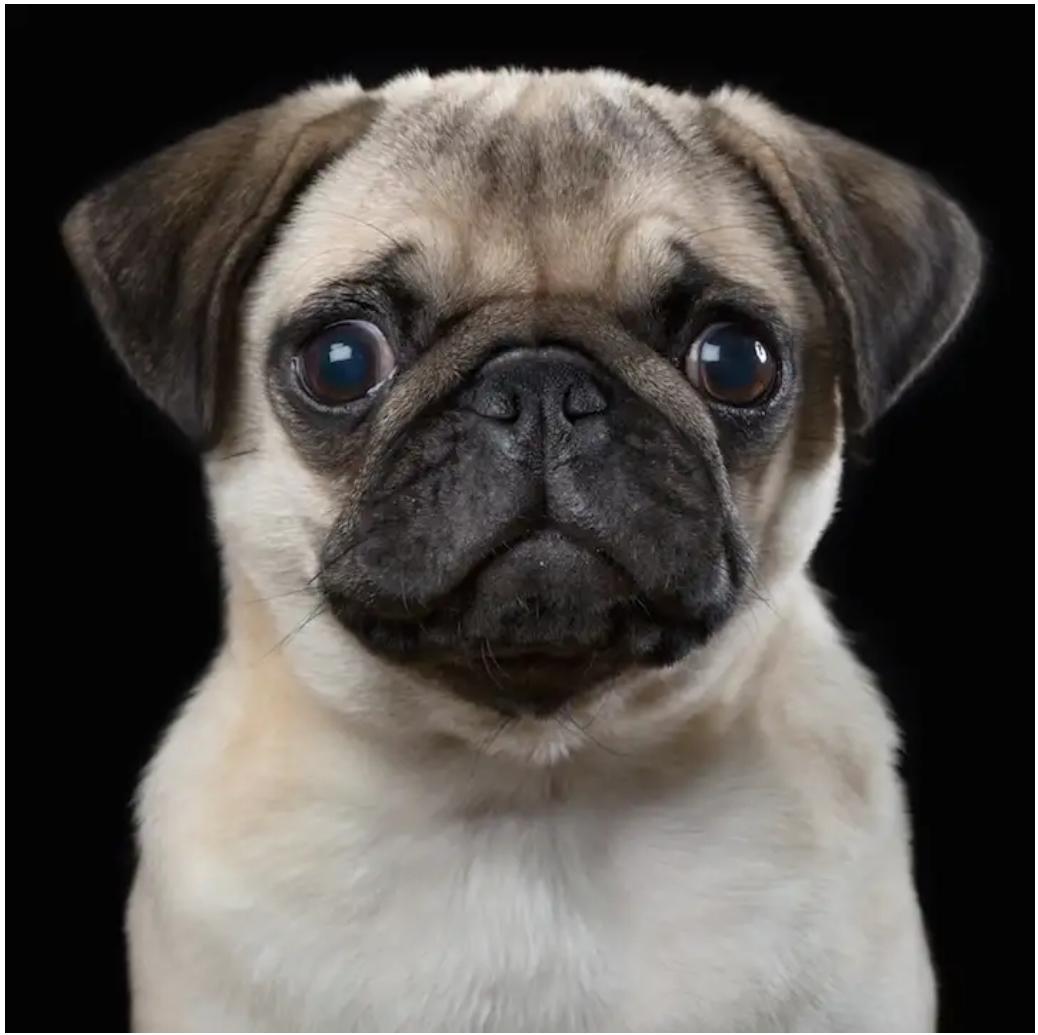 Aww… this cutie seems to be a bit scared of the camera.

In the email interview, the photographer enlightens us about the idea behind his work, “The idea for this project has been to capture close and telling portraits of the animals we are most familiar with, in an attempt to cast a fresh but honest gaze their way. I’ve avoided all distraction by limiting the photographs to medium shots with a black background, and I have purposely avoided humour as a selling point. Despite all the cameras we point at cats and dogs (and sometimes horses), we rarely attempt to capture an intimate moment of character, or personality. We generally direct our attention towards (funny/cute) actions, behaviour, and so forth.”

6. We love you too, kittie. Those eyes are too deep! 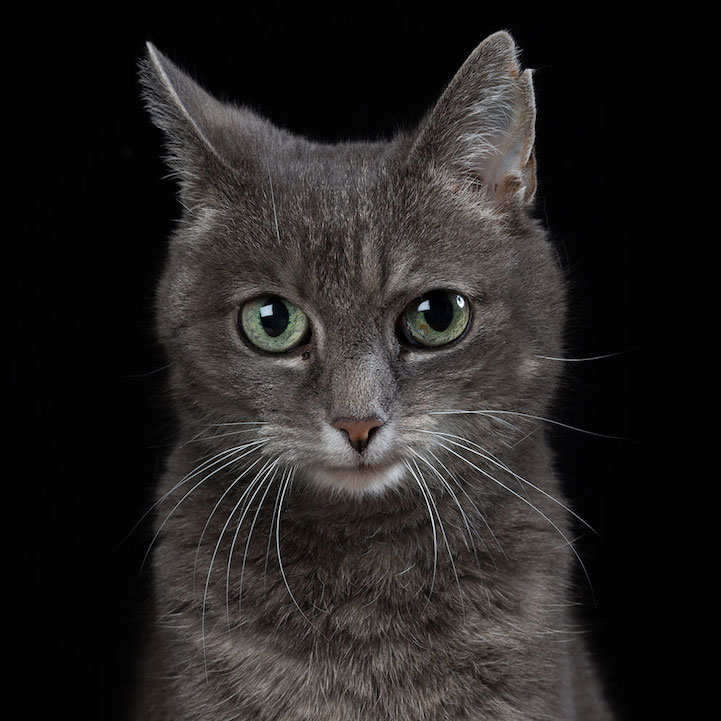 We wouldn’t be surprised if we saw this cat putting its paws on the hands of the photographer in this portrait that is melting everyone’s hearts. 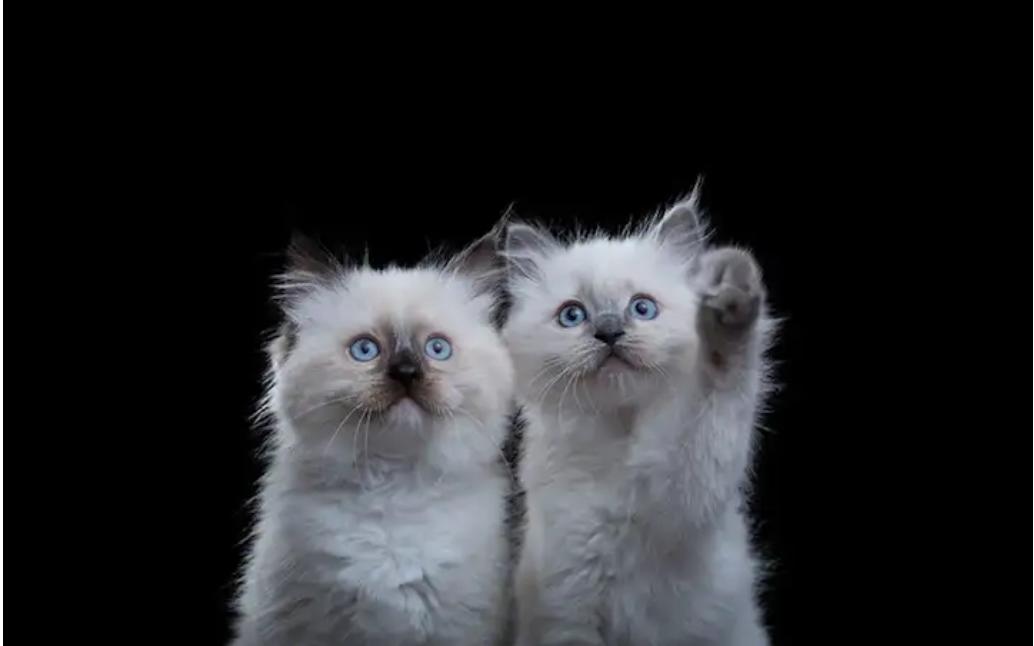 8. Don’t be surprised if you see this doggo in the next Loreal Paris ad 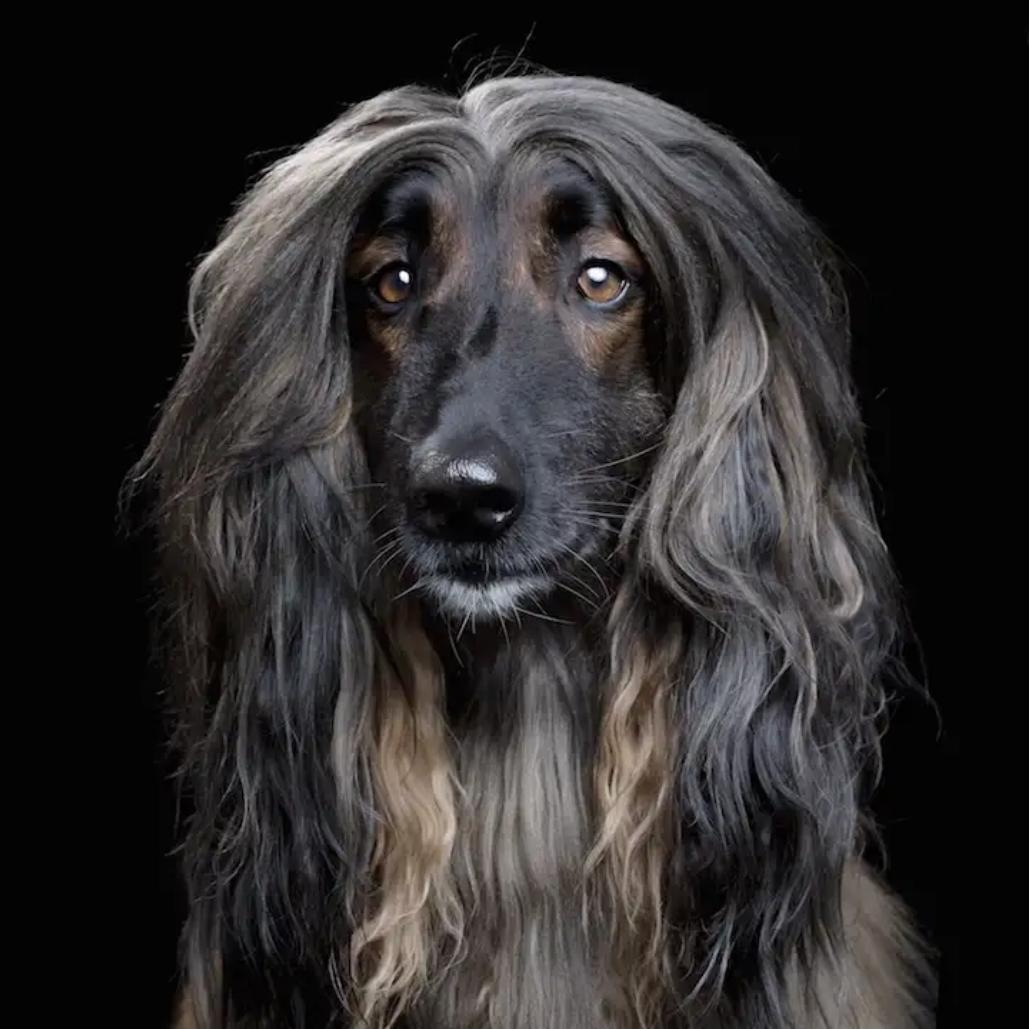 This cutie has us all wishing for hair like that. She knows it and she owns it. 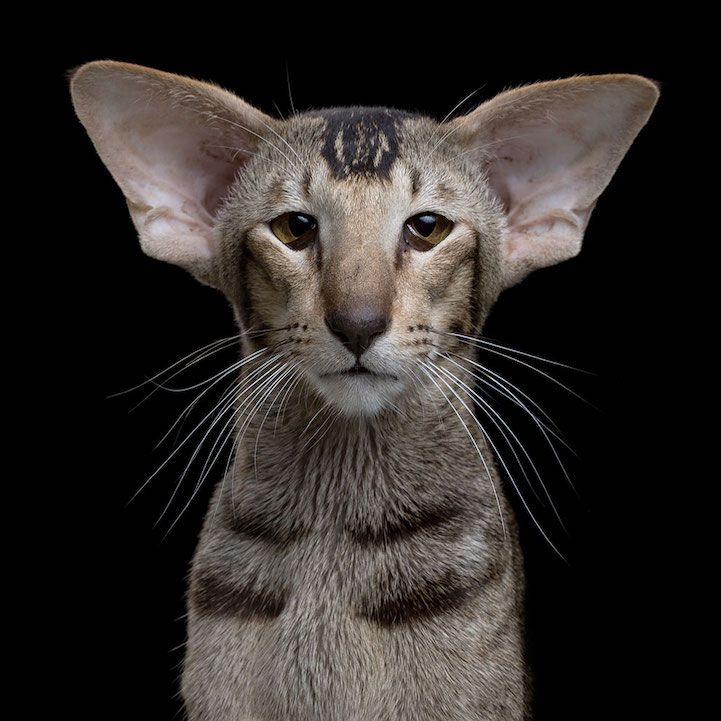 this little one is one of the cute dummies of the pack. He has no idea how famous he’s about to become. 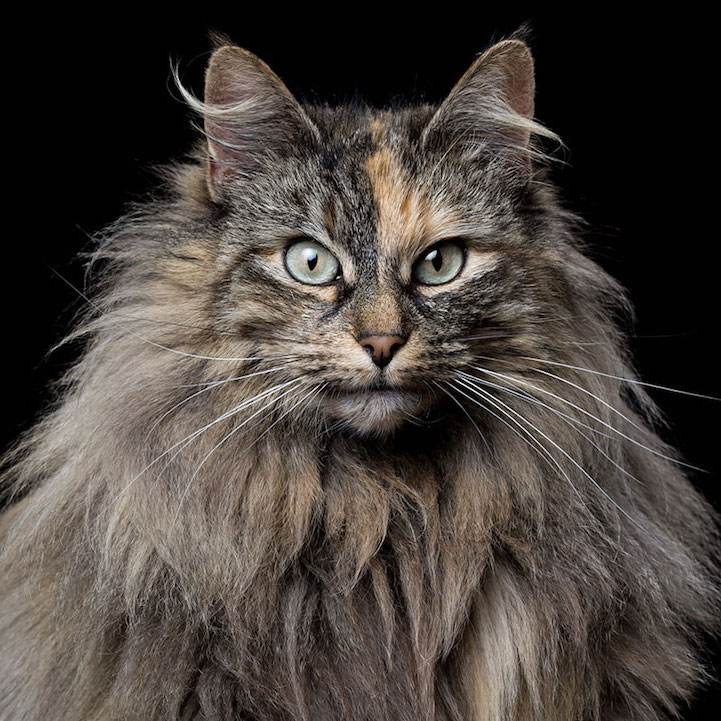 Is it just us or does this cat look like the pirate Blackbeard… minus the eyepatch and hopefully munis the wooden leg.

The photographer stated, “I want people to look at animals in a way that they don’t normally do. I want to show the animals they’re so familiar with in a way they haven’t seen them before,” states the photographer. “By looking at my own photos, I often end up seeing them in a different way.” With his expressive models before him, Bahou knew he wanted to transform his love for animals into a coffee table book, and we’re happy to say that he has just recently fully funded his dream on Kickstarter. 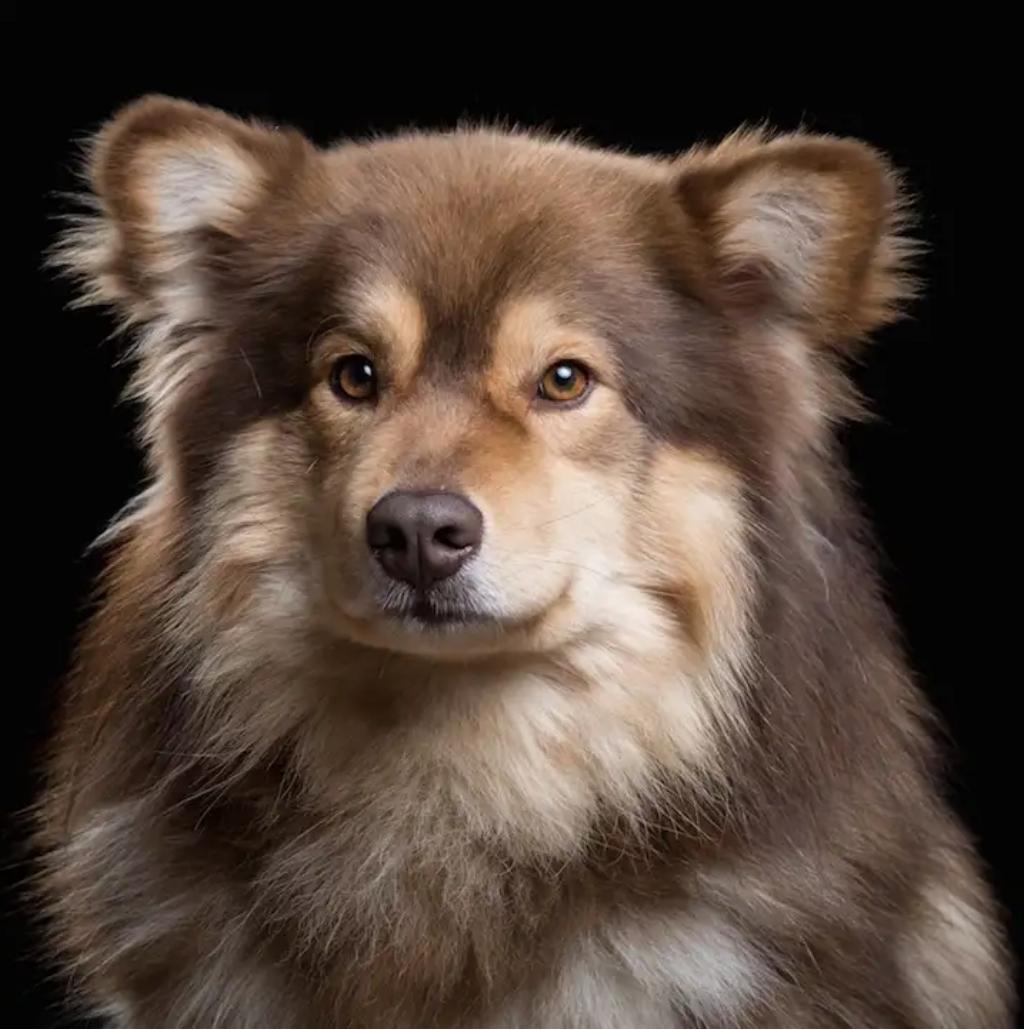 Find someone who looks at you the way this dog looks at the camera in this picture. 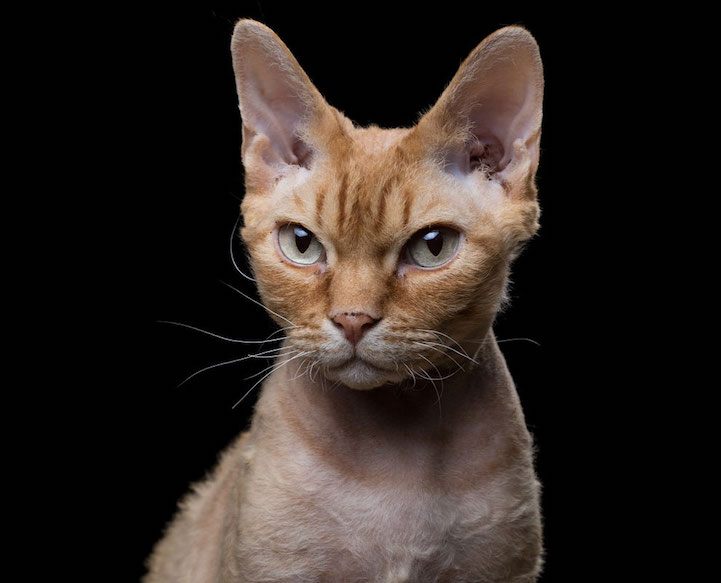 We understand why this catto had to take its shirt off, it’s too damn hot outside.

13. This husky knows he got the loos, he flaunting them! 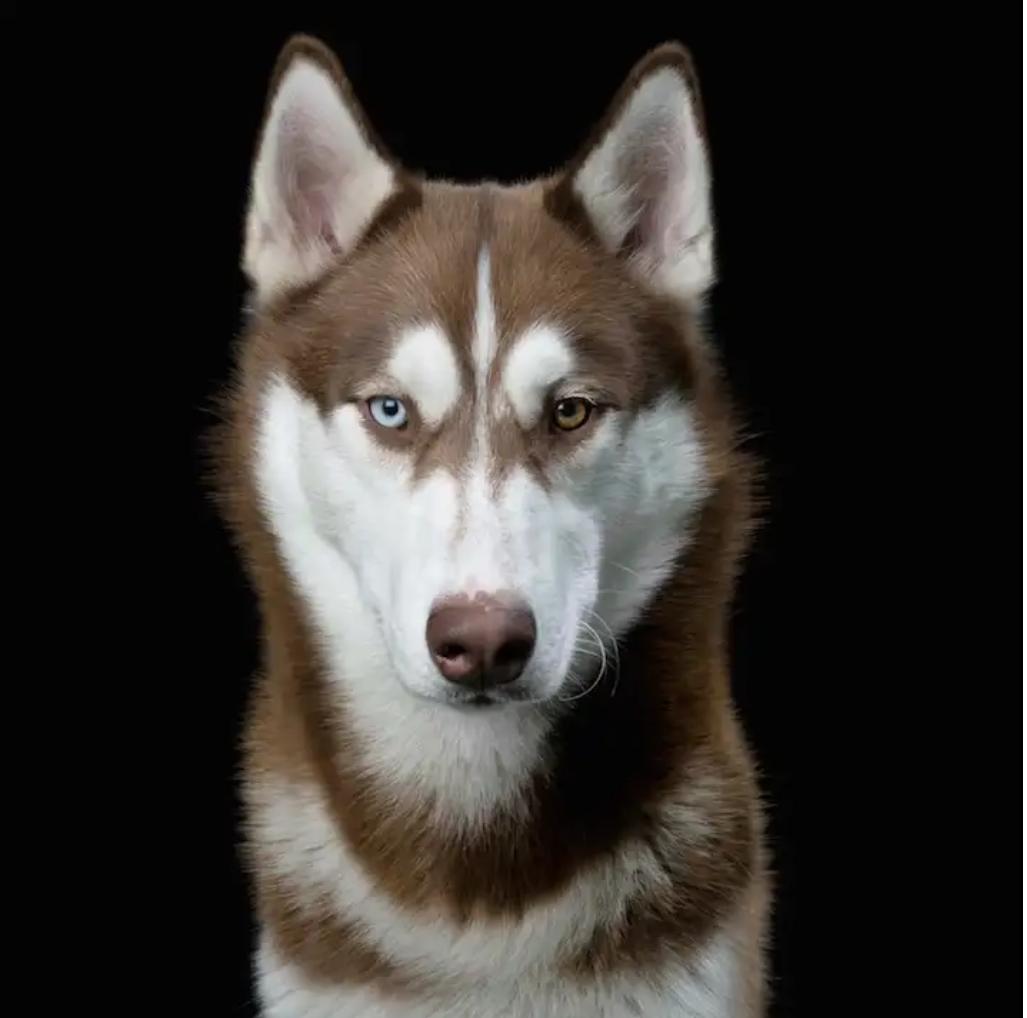 14. Just look at those eyes! And those bangs! 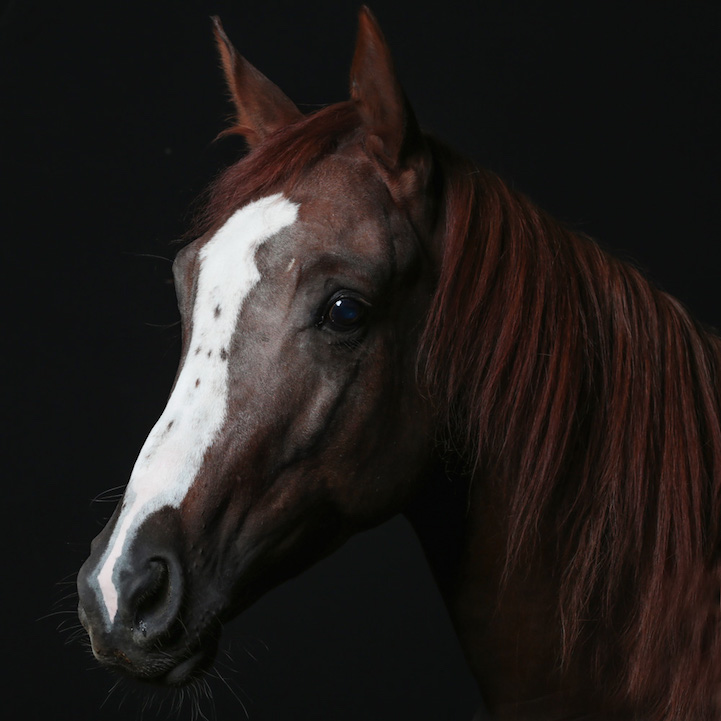 Don’t you just want to grab him out of this picture and give him a big hug? We’re sure trying to do it. 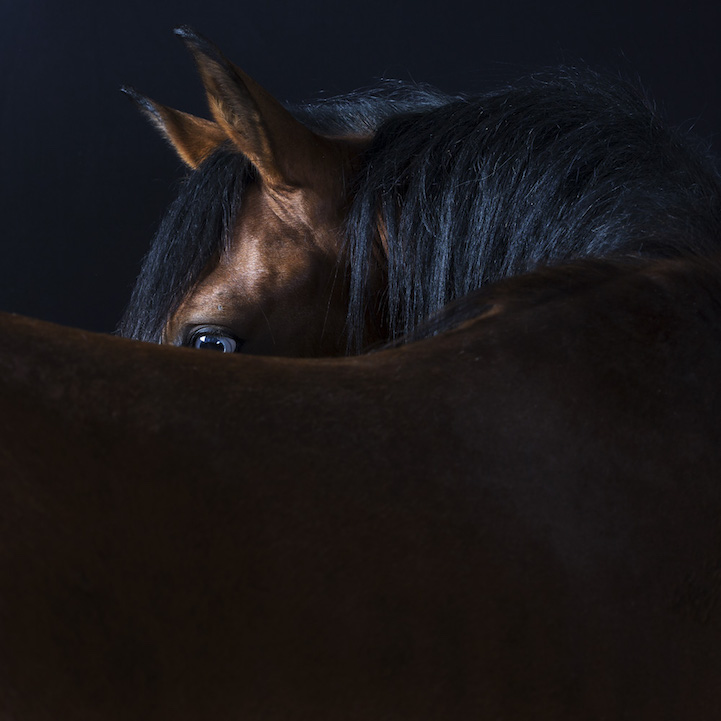 This horsie is either super shy or super playful, you decide. 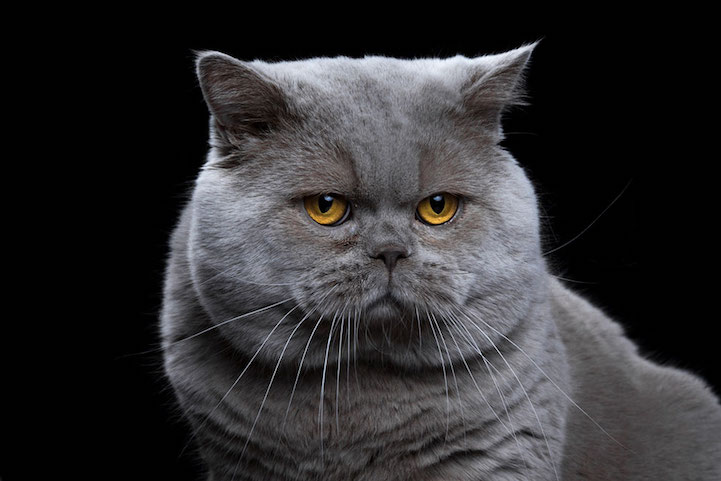 This cat has all the traits of a grandpa. So we appropriately name it, Boomer Cat.

17. Winter has arrived! Those expressions! 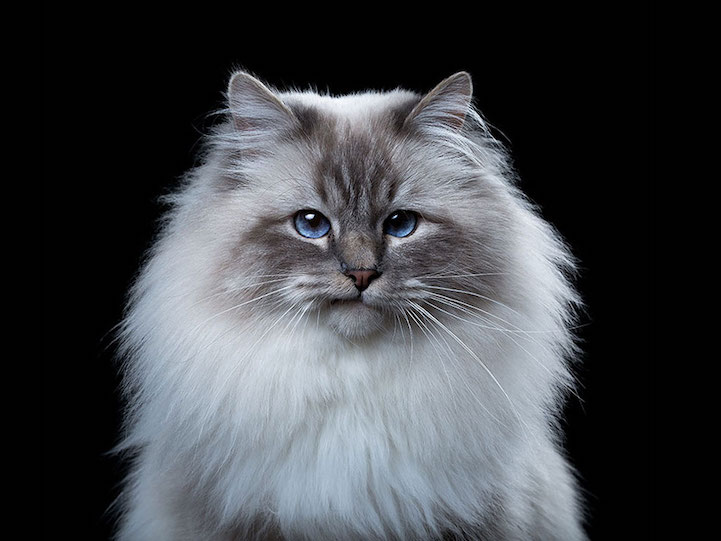 Not sure if a cat, or the Knight King from Game of thrones! 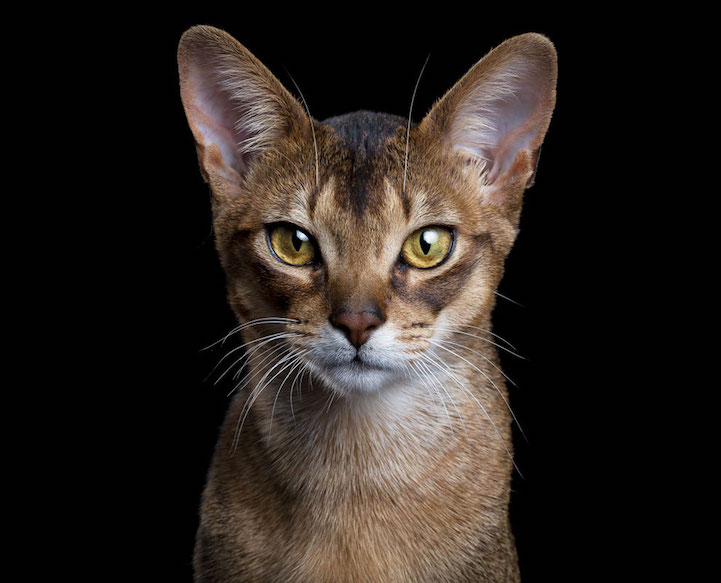 19. Huh, poser! This glistening beauty has captivated our hearts! 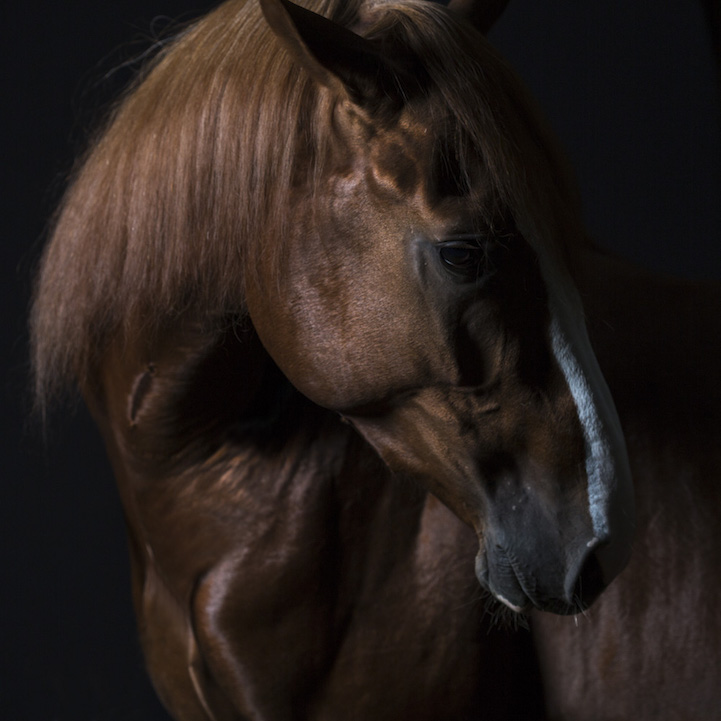 We’re pretty sure he’s the jolliest horse outside of this studio. Look at him posing like a 1990’s movie star.

Sadly this extremely interesting post has come to an end. This was such a soul-touch experience for us. These portraits moved us and they were so impactful. The photographer has to be given all the credit for showing our pets in a different light than they are normally seen in. This post validated their existence and the existence of many emotions in pets apart from the few generalized ones. It made us see our pets differently; hopefully, it had the same impact on you. We are sure it did because these pictures have that power to evoke all the right emotions! If this post added value into your life, share this with your loved ones so they can experience this perspective of animals as well!