You should never use your roommate’s things without permission.

I mean I am not saying using your roommate’s stuff is inherently bad. Since there are many times you are hungry or need to wash your clothes but are out of everything. In those cases, it is okay as long as you get permission first and replace what you used after. However, it seems many people don’t have the common decency to replace what they use. Do they think everything is for free and that it isn’t bleeding money out of their roommate’s pocket?

Maybe this is the reason there are so many revenge stories similar to this one. No matter how many times people get ‘pranked’ by their roommate they never learn. Everyone should be nice to their roommate since they are living together. But they only seem to learn after the damage is done.

It really isn’t that complicated to be nice towards someone and not steal their stuff. 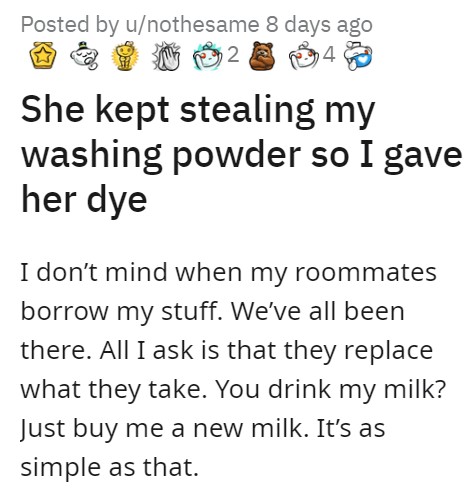 She needs to do something about her ‘memory issues’. 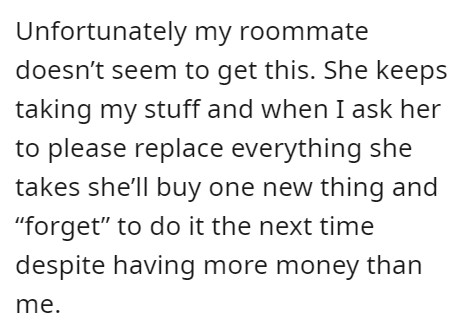 No home training. It’s crazy to me that people get to adulthood with such a lack of consideration for others. –dratthecookies

Everyone has a line that they don’t want to cross so you should never agitate someone to the extent that they cross it. 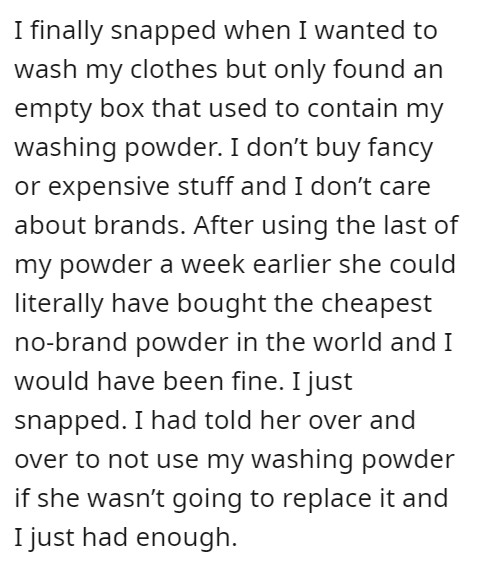 This is already so juicy and we haven’t even read about the reaction. 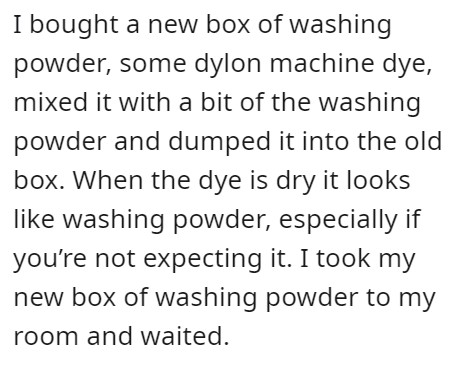 Unsurprisingly enough, the roommate wasn’t happy with her now-pink clothes. 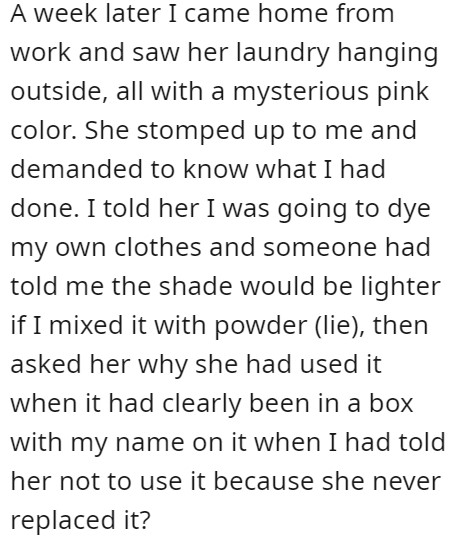 So she miraculously stopped ‘forgetting’? 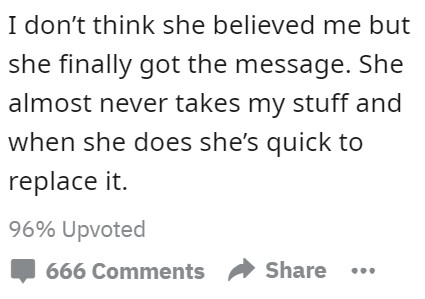 I am not even surprised that people had their own experiences to share. 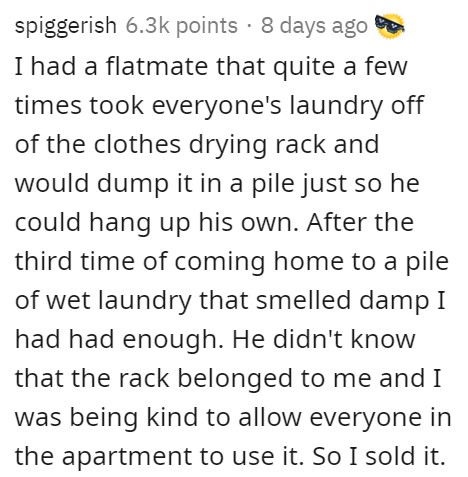 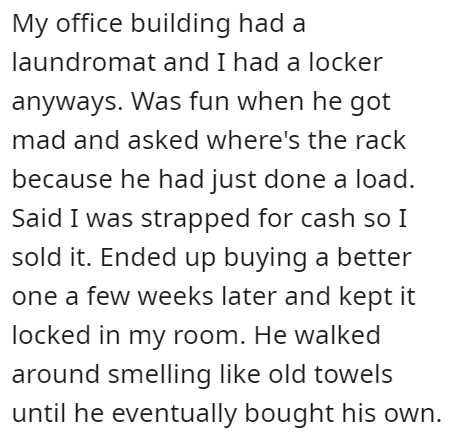 I had a similar housemate once, he liked to take my clothes out mid cycle and dump them on a dusty chair outside. After the second time I warned him that I’d do worse. He laughed me off and did it again later.

I dumped his wet work clothes in the garden. He nearly lost his job due to the stains and never went near my stuff again. –SilverFoxolotl

Just don’t use other people’s stuff. It’s not that hard. 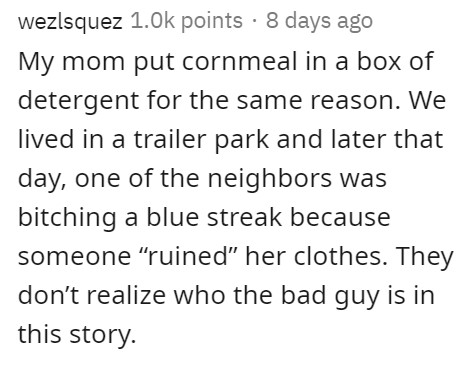 Have you ever gotten back at your roommate or do you get along well? Comment down below and let us know.