If only the boss had listened sooner.

Now, this story is a bit unique in the fact that the two bosses in the following story aren’t actually that bad at all. This just goes to show even good people can be stubborn sometimes or may not understand what their employee needs completely. So by the Reddit users’ own words, no hate is intended towards his bosses at all which is a breath of fresh air I must add.

You see, because of his type of work, he needed a fairly fast processing computer but was stuck with an old processor and barely 2 gigabytes of ram (Which can barely run a browser without halting to a stop.) So he asked, again and again, to have his pc upgraded but his issues were waved away as not being important enough. After all the pc was getting the job done right?

Well, that is when he realized he had to show the bosses what he went through every day to work through the snail pace at which the computer functioned.

Be ready to read a lot of background information about the job and his bosses. 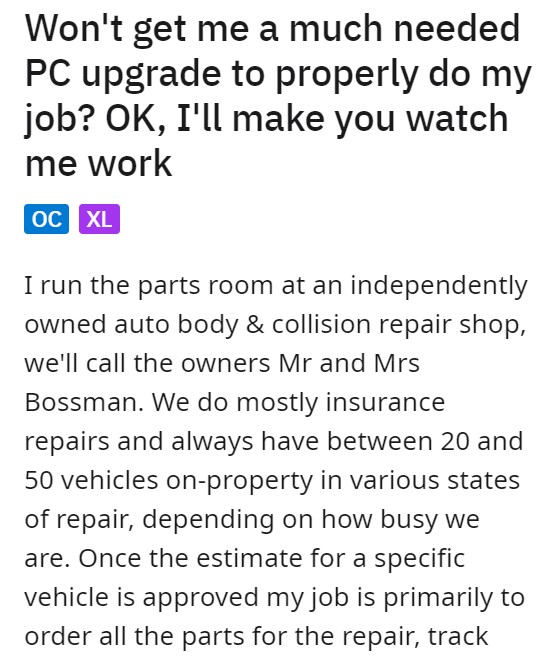 It really isn’t as interesting but is needed to make sense of what is going to happen very soon. 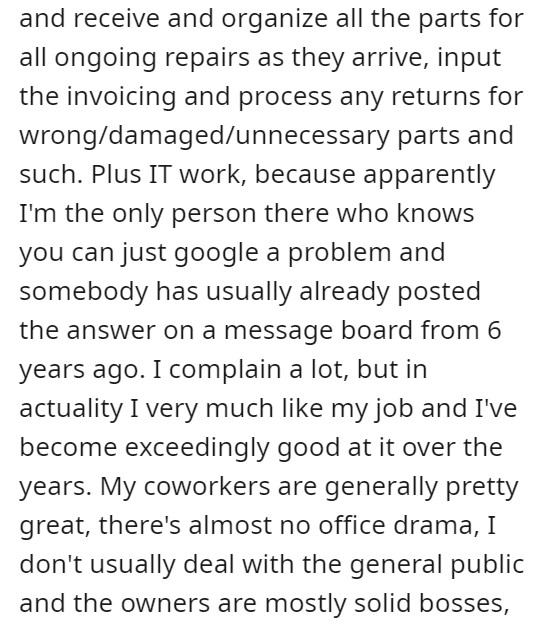 I mean most nice people do have this side to them. The side you don’t want to tangle with. 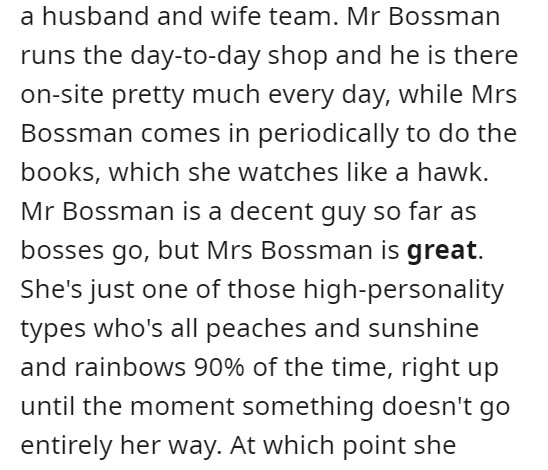 Even the best of people have their flaws after all. 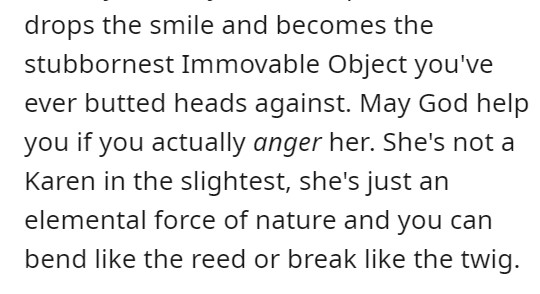 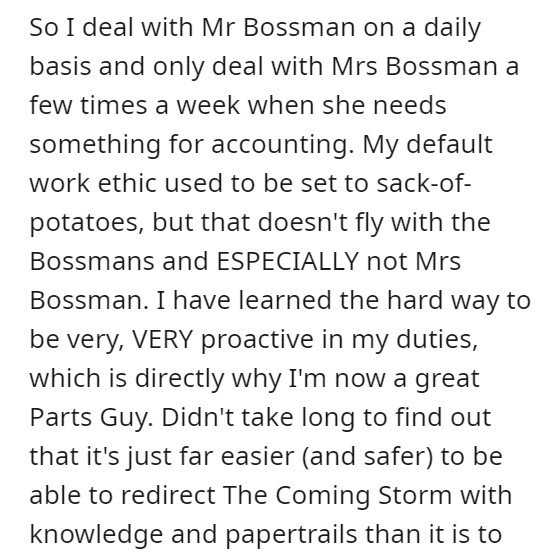 Which is actually a good thing when it comes to a job. 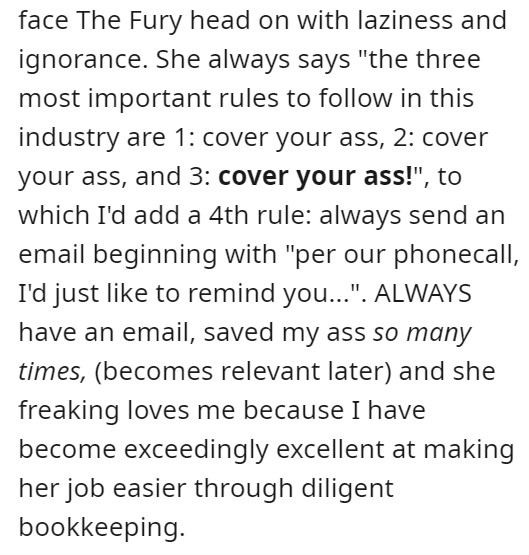 I have actually tried working on an old laptop and it is worse than it sounds. 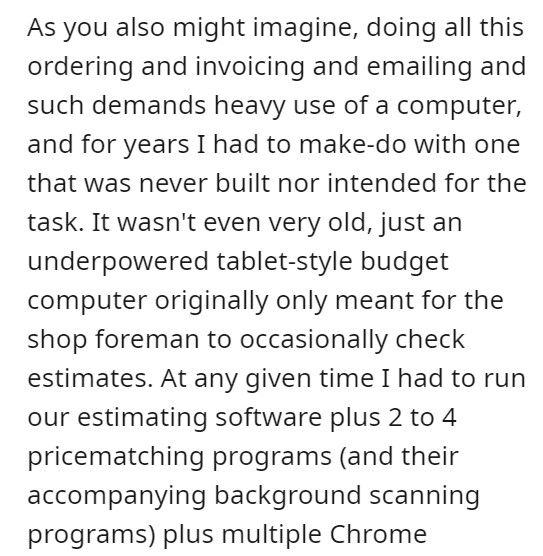 I am aware of mobiles that are faster than this. 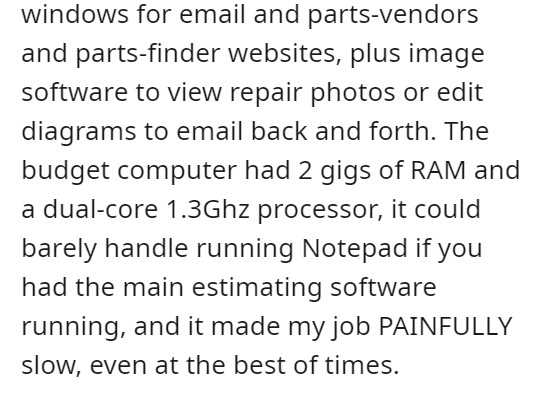 I can understand falling into the habit of putting things off until they break. 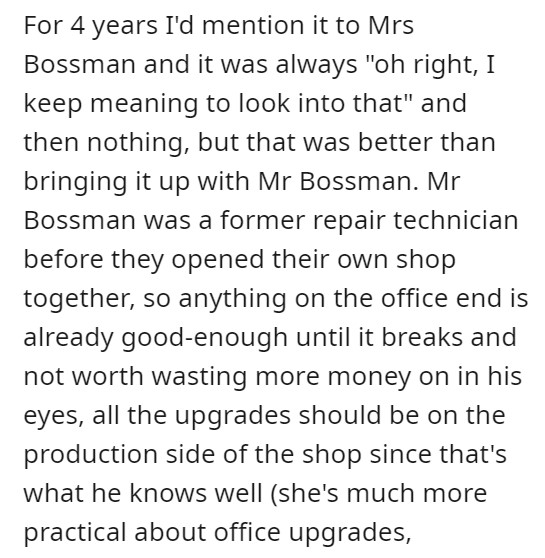 He certainly has no idea how frustrating it can be dealing with a slow computer.

Now, this is when things get really interesting. 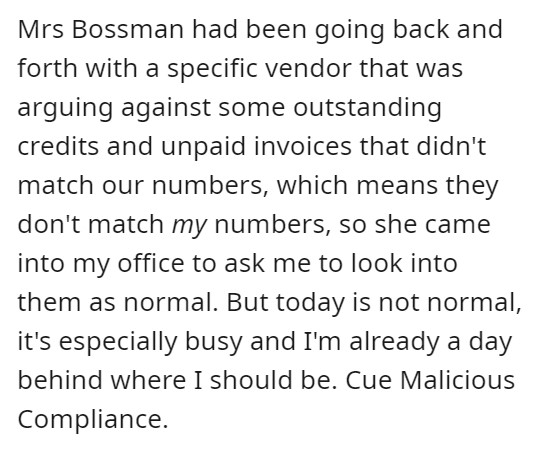 He was just being thorough after all. A trait that she loved apparently. 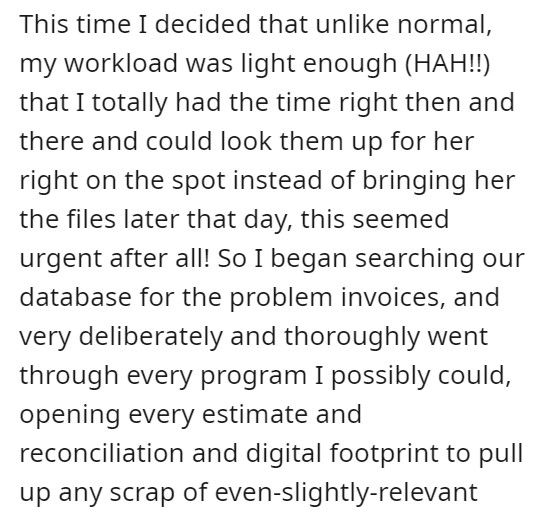 I am quite sure she wasn’t loving that right about now. 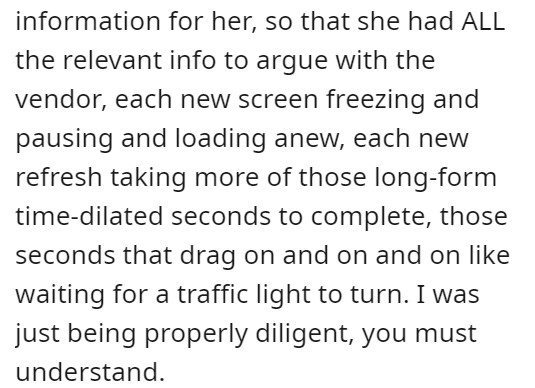 I don’t understand half of that or more likely is that I don’t want to know either way. 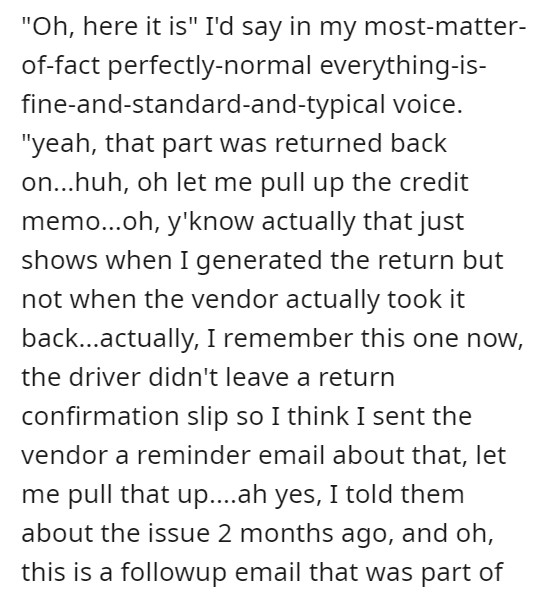 Basically, he just wanted to show her the issues in the computer system.

She was finally getting it. 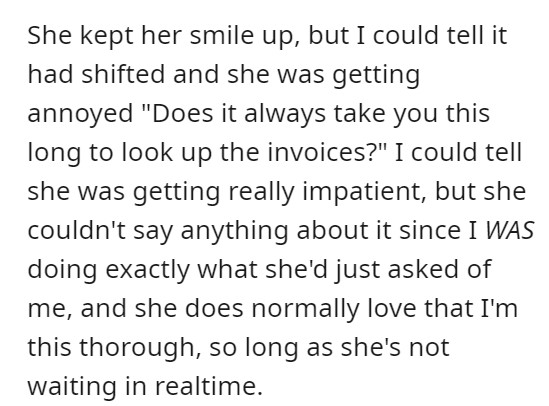 Making a show of it while not being too obvious is an art form indeed. 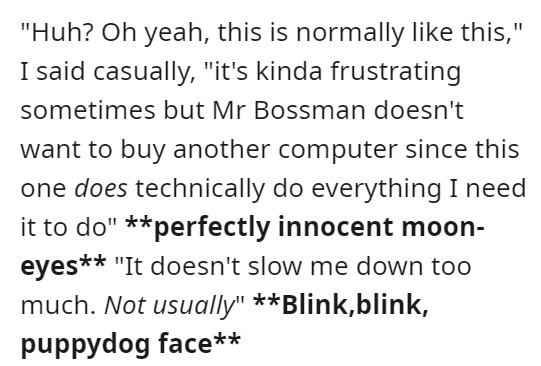 She had seen all of it and now understood the problems. 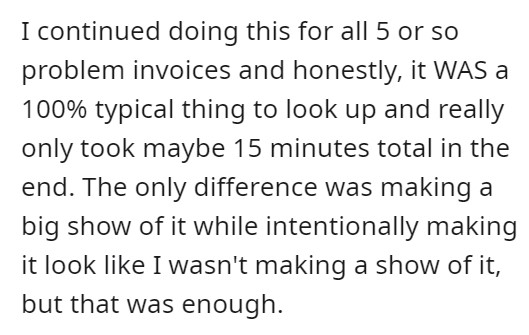 I once worked for a company where the big boss rejected a programmer’s request for a new computer because it wasn’t fast ENOUGH. His initial requisition form was for a new computer that would cut compile time from 15 minutes to 8 minutes. Big boss took a look at it and asked if there wasn’t anything even faster.

The guy said there was, but it was more expensive. Big boss said he didn’t want to waste programmer time waiting for compiling; get the fastest thing he could. Computers were cheap compared to wasted productivity. –LBDShow

Thankfully she realized that he needed an upgrade and provided him with one soon enough.

And so he passed through the ‘storm of fury’ unharmed. 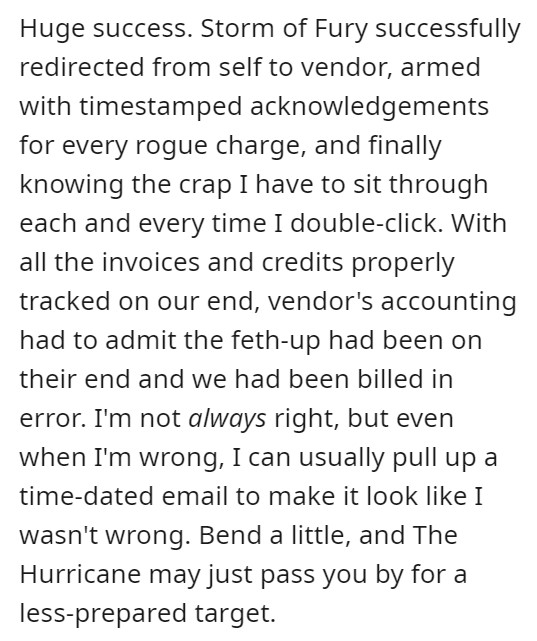 A good pc is an amazing investment and can work perfectly fine for a long time. 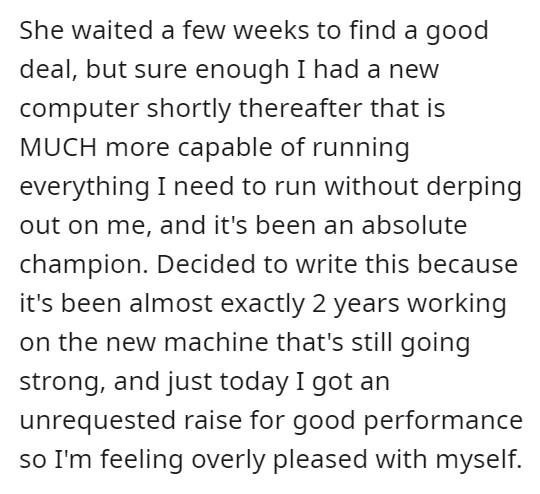 Nice to see a malicious compliance story where the boss isn’t an absolute sh*t. This one turned out quite wholesome too which is also rare here! –Kmaaq

So long story short, he got what he wanted without much effort at the end of the day. 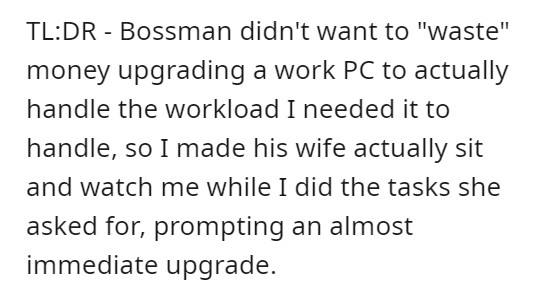 Why not share your malicious compliance stories in the comments below? We always love to hear from you! Don’t forget to share it with others as well.