Do we have any Tim Burton fans in the house?

Well, you are going to love this live-action version of the film “A Nightmare Before Christmas”. Yes! You heard that right. The same movie in which there’s a spooky character who goes by the name of Jack Skellington. He lives in Halloween Town and later he discovers Christmas Town which really intrigues him. So, the situation becomes really interesting when Jack gets so obsessed with Christmas that he ends up abducting Santa Claus.

However, a live-action version of that film has been released on a Youtube channel, which probably won’t be releasing on the big screen but it certainly has made its way towards becoming a hit on the theater circuit over the past few decades.

It is an undeniable fact that whenever there’s a hit flick, many adaptions of that movie are released after some time. Some are good while some are really bad. But before you start jumping to conclusions about this adaption of “A Nightmare Before Christmas”, let us assure you that you are definitely going to love this one!

In this beautiful adaption of the movie, Matthew Patrick Davis plays the role of Jack Skellington and boy, he does a very fine job!

Wow! Just look at that depiction of Jack Skellington!

For those of you who are not aware of who Matthew is, well, he isn’t just a random guy who decided to direct this incredible musical version of the movie but he is known well for his work on Youtube along with plenty of theatre work too!

OMG! This guy has the longest legs I have ever seen! 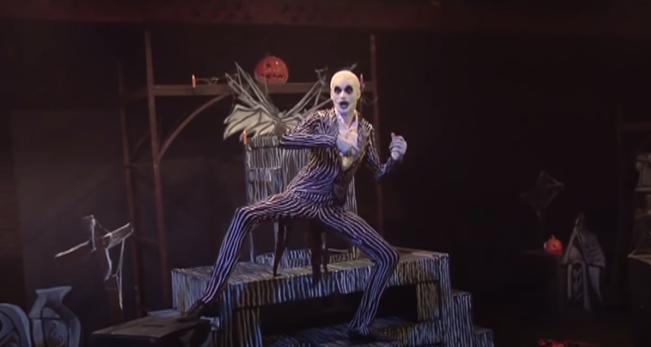 So, he decided to bring the character to life by playing the role himself. But wait, there’s more to it! He didn’t just excel in his role but even managed to pull off the songs perfectly which were written by Danny Elfman! Isn’t he a genius?

However, the best one was Jack Lament, where Matthew decided to boast off his chops. After watching this incredible adaption of the movie, a lot of fans are going to ask why didn’t Disney make a more theatrical version of that movie? Even though Disney has the original copyrights of this movie, but it still couldn’t come up with anything like this.

Am I the only one who feels like the Joker is playing the role of Jack? 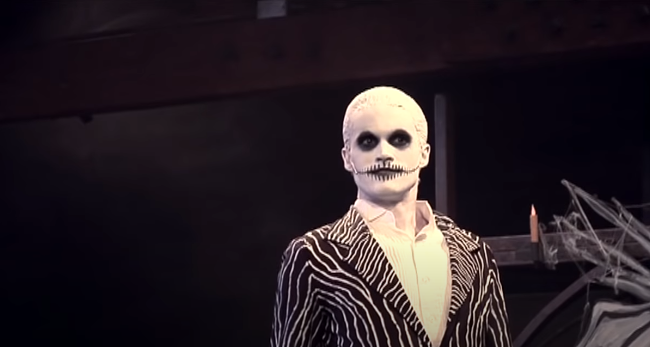 You will notice how the play has been captured beautifully in a black box theatre and the sets are really asymmetrical. After watching this, you will see how different and better this musical adaption for that movie is! You might even find it weird as to how oddly it fits in. We know you are too anxious now so let’s just check it out!

This guy could definitely play the joker’s role better than Jared Leto. 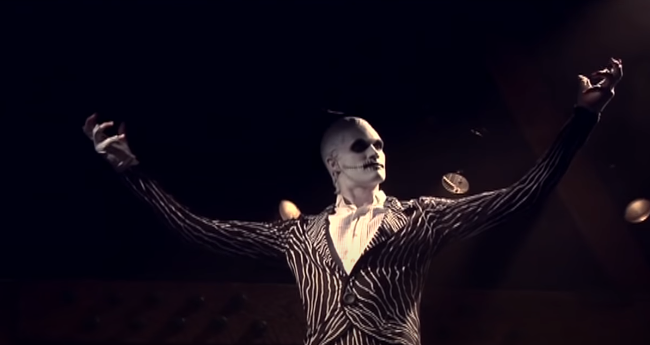 Let’s take a look at the entire show now, enough with the teasers!

What did you think of it? Don’t you think Matthew did an amazing job in directing this version of the movie? Let us know which part did you like the most into the comments section below.