In our everyday life we meet a lot of people from different walks of life. Some are barely making the two ends meet and on the other hand, we have the privileged people who are living a great life with all the luxuries. Sometimes it’s not money that makes us rich, it’s our attitude towards it. One may own a gold mine and still be unhappy. On the contrary, one may have a small apartment with limited finances, but still is happy and grateful about it. It is also wrong to say that if someone has money he/she is always snotty. There are pretty generous and kind people in this world who have tons of cash, yet they don’t brag about it. In fact, they spend it wisely. There is another category of people who aren’t rich, but they’re constantly trying to sound rich. These types of people usually have an inferiority complex.

There are all sorts of people out there who live is all kinds of different situations and present themselves in various ways that that are socially acceptable according to themselves. Sometimes we cross paths with people who are rich and they don’t care about how much they’re spending. We came across an interesting subreddit  called “What is the biggest “it’s one banana, what can it cost, $10?” moment you’ve witnessed in real life?” People shared many different stories and honestly, some of them will totally crack you up. Here are 28 crazy tales of wealthy people who don’t give a damn about money. Scroll down and check them out.

Being able to shop without looking at the price tags is both a blessing and a curse. 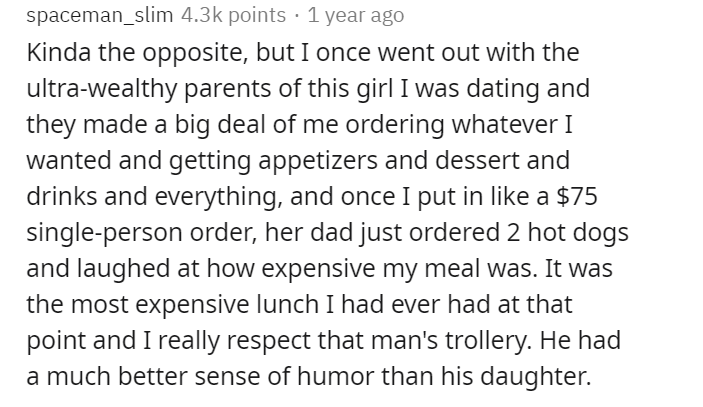 This guy clearly never bought himself a sandwich before.

He was trying too hard to pretend…

It’s simply funny how some people have their full-fledged focus on trying to look and sound rich while in reality they’re barely making the ends meet. They try too hard and at the end they do something that just gives it all away. They end up becoming the butt of the joke over something they said or did. There is nothing better than being yourself and having no shame in embracing your reality. If you don’t have a lot of money today to afford all those luxuries, then so what? If you’re working hard today, tomorrow you would be in a position to afford everything you ever wished for. Just be real and be you. Don’t be a faker, going around mocking others.

They have experience and faith. 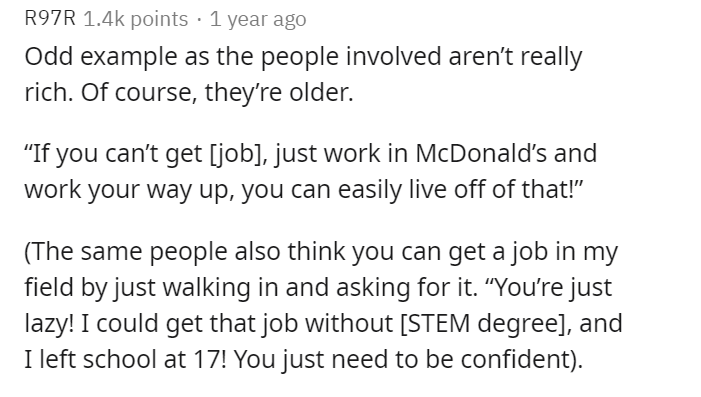 This is kinda funny. 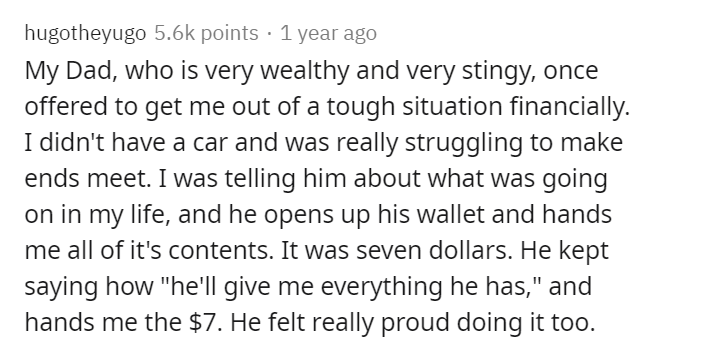 It’s all about the quality… 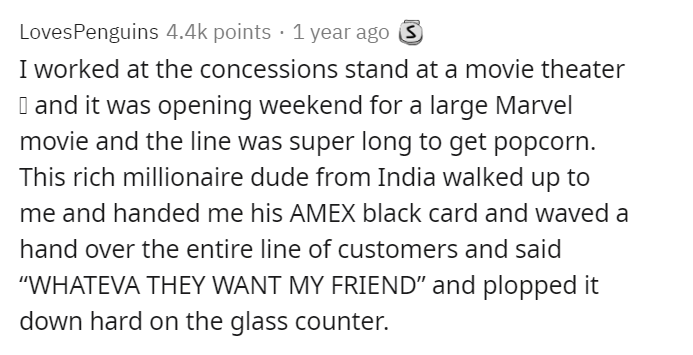 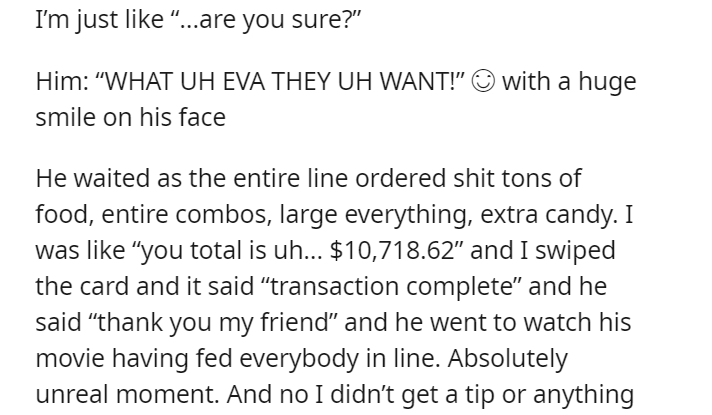 He’d be like: OMG! There must be a mistake. How come it be this cheap?

Maybe one day you will.

“Grocery store… Never been there before.” 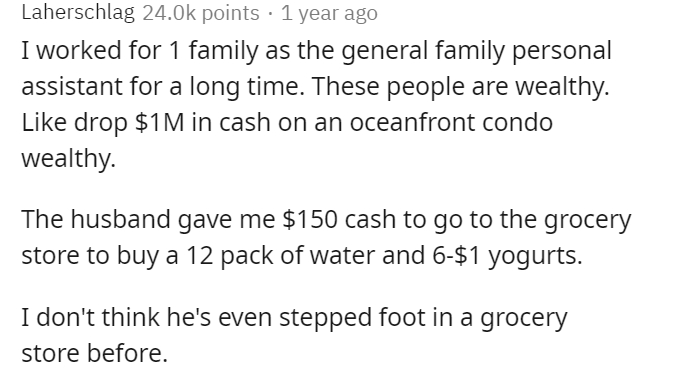 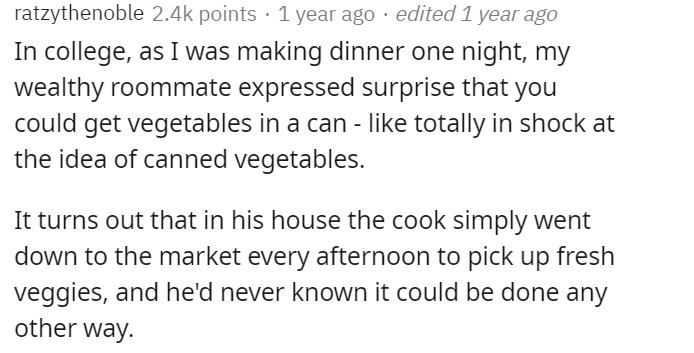 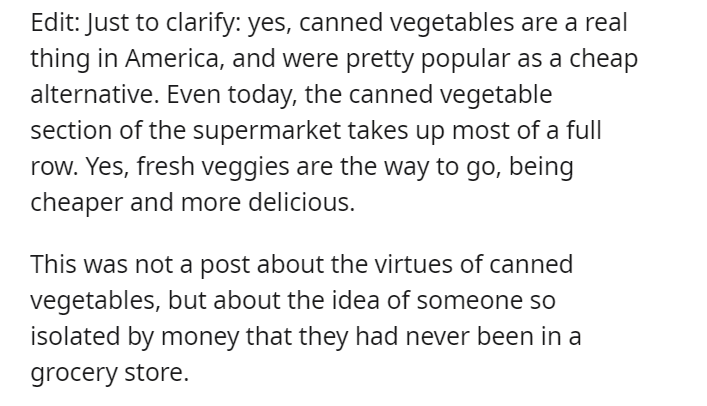 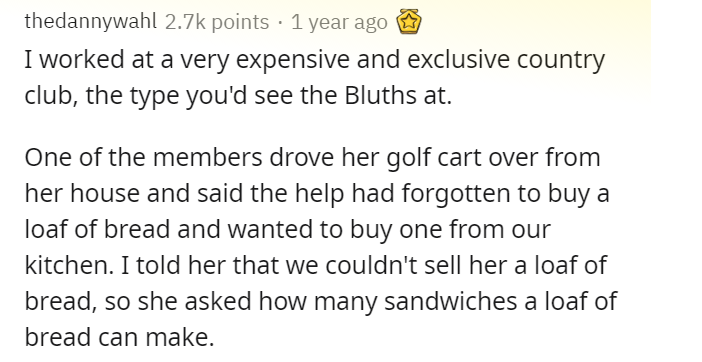 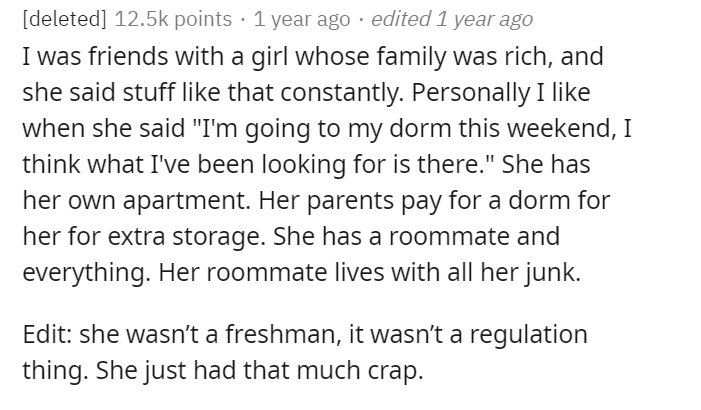 Being able to afford college with no scholarship is a luxury in its own self. We all are well aware how expensive the fee is and dorms are nothing less. Colleges are making damn good money on this one. Having your own apartment is another luxury, as it costs quite a lot than a dorm does. In the dormitory, you’re playing for the food and electricity all together, but when living in your own apartment, you have to take care of all the bills and food. It’s like spending a lot of extra cash. This girl in the above story definitely comes from a well-off family to be able to pay for a dorm on top of an apartment, just to keep her extra stuff. Like wow. She really needs to declutter. 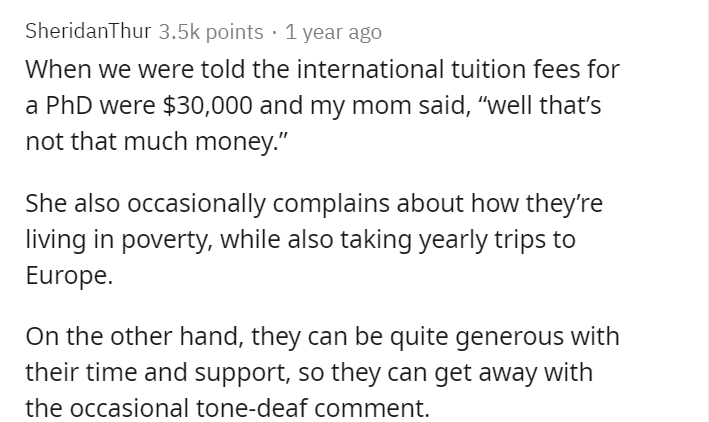 Well, we all have two eyes but different views. 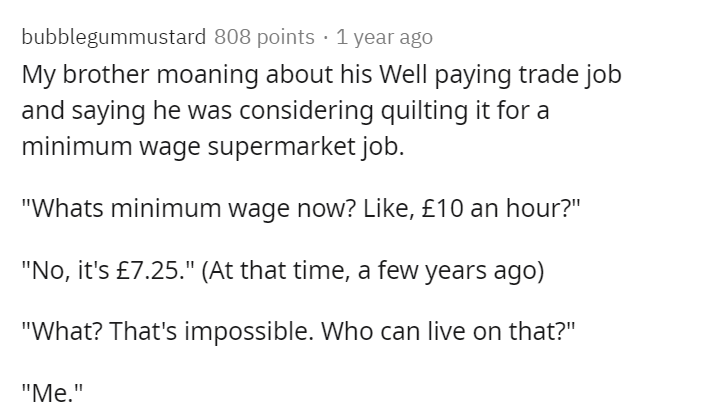 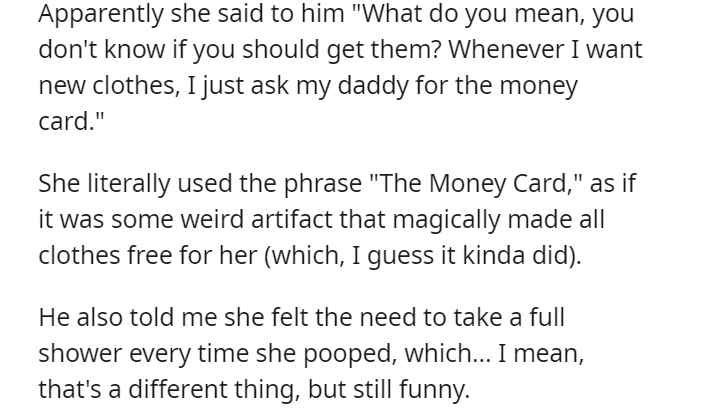 Perks of being a rich kid. You don’t have to worry about wrecking up a golf cart. 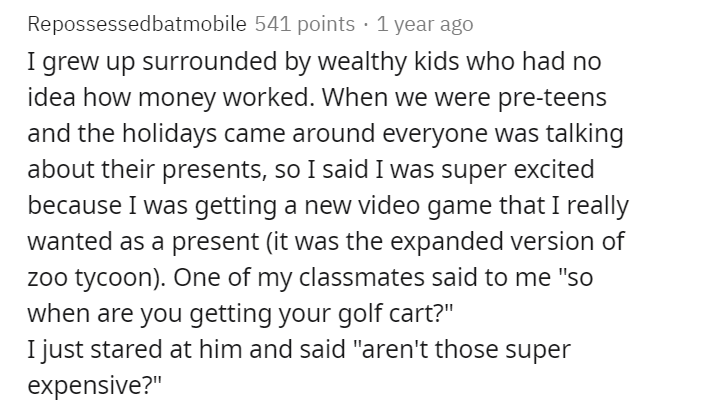 Maybe he has never bought a snow cone before. 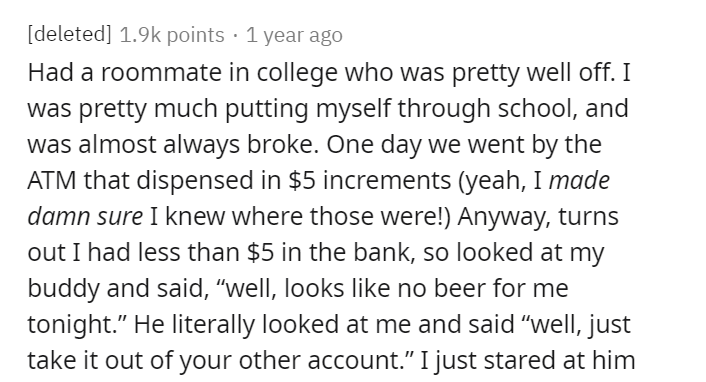 They must have a lot of money. 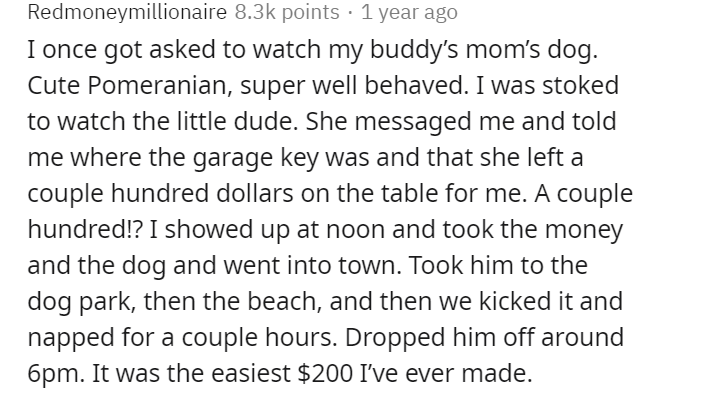 That was pretty generous of her.

Wow! These stories are not only interesting, but super duper hilarious as well. Not all rich people have a bad attitude. Some people are actually pretty generous and care deeply about others and their needs. Well, those are the kind of people this world really needs. We’ve all had enough of Karens, now we want to surround ourselves with people who care. Have you guys witnessed a similar situation? Let us know all about it in the comments below.