College life is an extremely different experience as compared to high school. College not only educates us academically, but also teaches us a lot about life and people. It sharpens our people handling skills and teaches us how to deal with different people from all walks of life. When we’re in our college dorm, we don’t know who we’ll be sharing our room with. It might be a foreigner, someone with a different ethnicity and even someone who’s brought up in a completely different way. College life is designed in a way to prepare us to face all the challenges of life. It’s simply an unforgettable experience. It either makes us or breaks us. At the end, it’s up to one’s own self, how they deal with everything.

Some college roommates are pretty easy going and friendly. We get along with them very well and things are working out just perfectly with them around. On the other hand, some roommates are simply a pain in the a*s. They just want things to go their way and consider themselves to be the boss. They only put forward their own needs and comfort, completely ignoring their roommates. It is immensely difficult to live with someone with a dictating and self-righteous personality. Things usually never end on a sound note with people with this kind of attitude, but looks like this is not always the case. We found an amazing Reddit story about two roommates and one of them set an epic example of  how to deal with a person who thinks that they make all the rules. It was the best revenge ever taken. Scroll down to read what happened exactly.

First year of college and first semester. Here’s what happened. 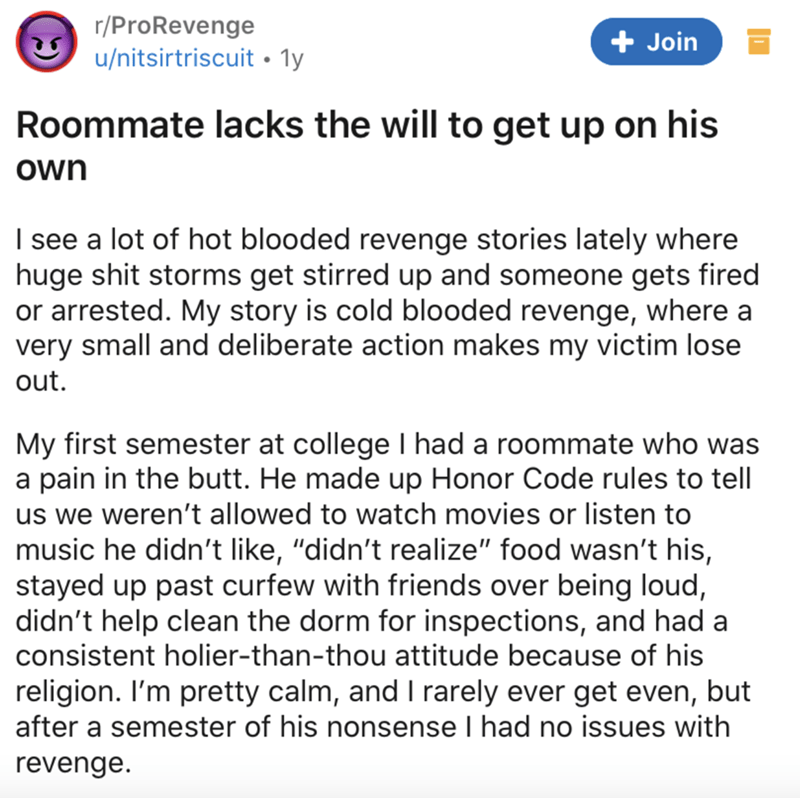 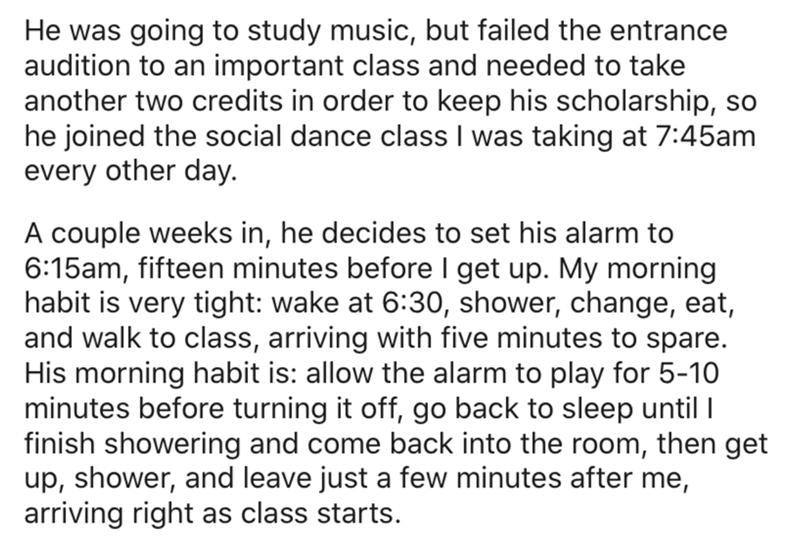 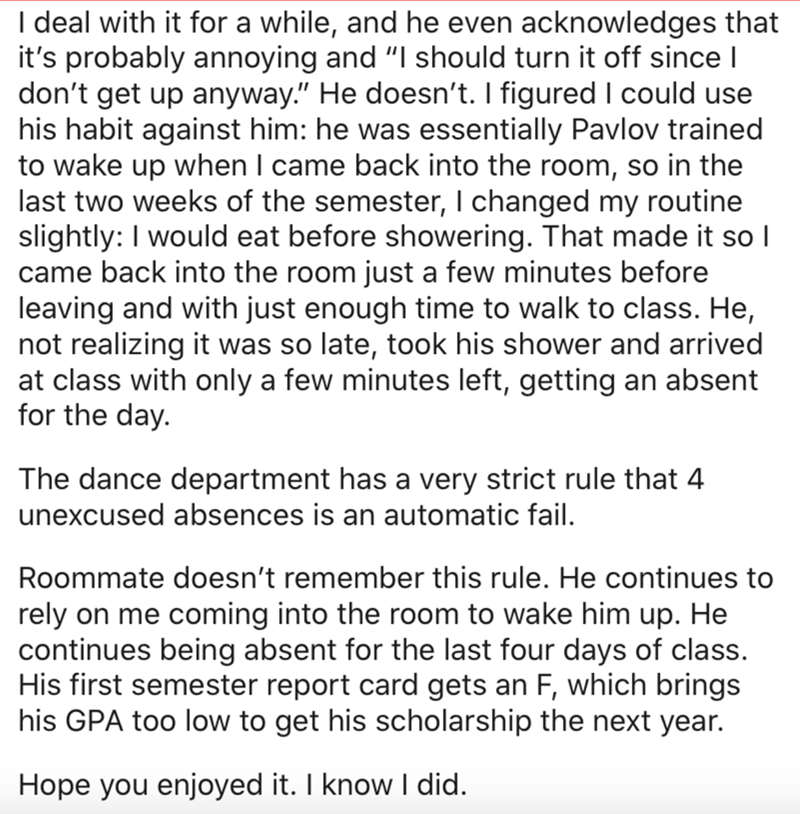 Whoa! That was a pro level, revenge. Everything was perfectly calculated and well planned. No one saw that coming, neither the roommate nor the readers. We must appreciate how well written this story is. Just by making subtle changes to the morning routine, OP made his roommate not only fail the dance class, but also took the best possible revenge for being the rule maker. Wondering, if people like the OP’s roommate even know how irritating they are? This behavior is simply unacceptable. Well done OP and thank you for sharing such an epic story. Here’s what the redditors think about this story. Scroll down to read the comments.

Caught in his own game.

The supreme art of war.

Truly, the OP deserves a round of applause.

This is one of the most fun revenge stories ever. OP is a genius guy to have trapped his roommate in a trap he built himself. He did nothing that would be proven wrong on any grounds. Game well played, OP. What do you guys think? Let us know in the comments below.