Or even get their comeuppance. After all, they think they are always right and need to explain why. From what I have heard, they love the sound of their own voice and this leads them into being mansplainer. Or perhaps they just think women aren’t intelligent enough even if there might be higher in the work hierarchy.

However, today we have a story set in not a work setting. Usually, these sort of instances happens during work hours. But as it turns out mansplainers will try their best to turn any event into them showing off how they know better than everyone else. These friends were supposed to have a good time while drinking and making small talk but he just had to ruin the mood.

Embarrassing someone willingly does sound like an a**hole move but she had a good reason. 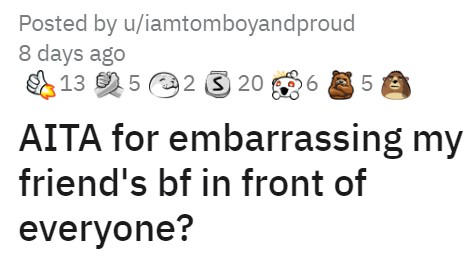 It can be quite nerve-wracking to introduce your partner to your group of friends. 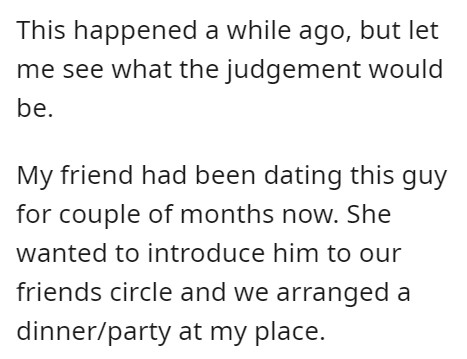 He just wanted to show off how he was better at his job. 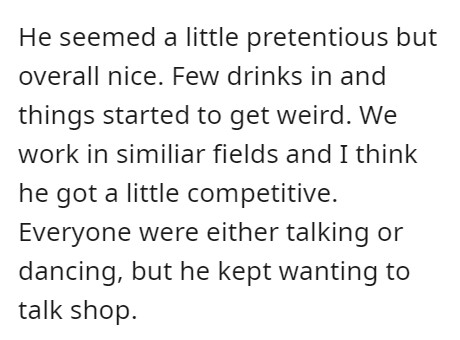 But this where things got wholly more interesting. 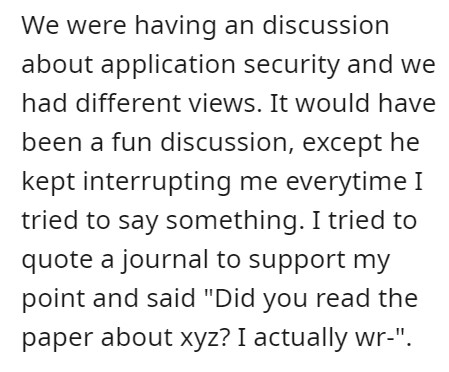 He thought he had won the argument but he didn’t know what she was holding back. 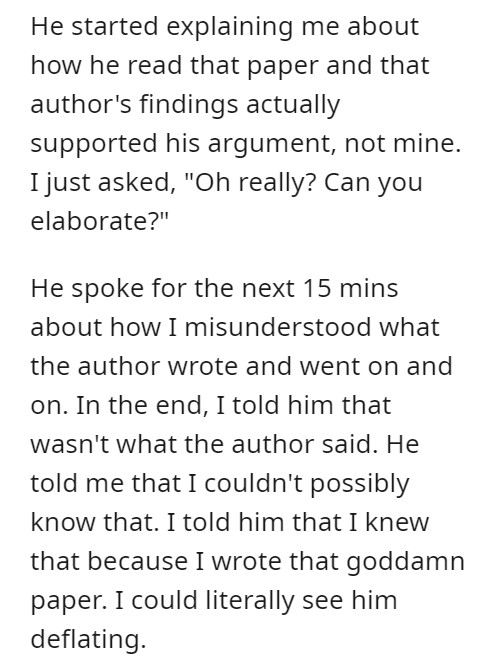 Completely agree here. Definitely NTA. I always think it’s weird how the person giving the correct information is somehow at fault for the person looking stupid for not knowing it.

He embarrassed himself and he sounds like a jerk anyway. –DucksQuack20

He brought it upon himself. If he had only stayed quiet. 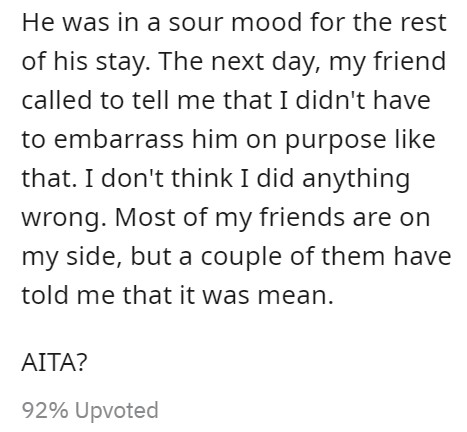 He just realized how embarrassing he was being a little later. 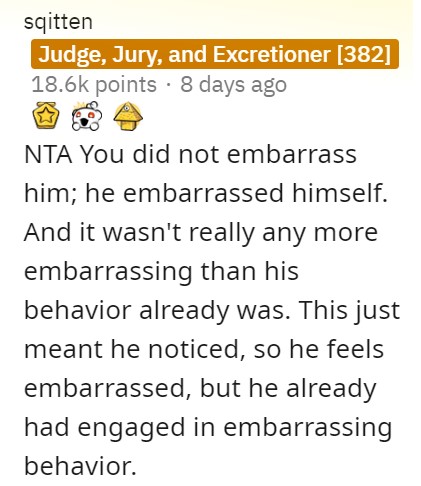 I don’t get how people could place any blame on her. Like????? All she did was correct him and say she wrote it. She stated a fact.

He’s embarrassed because she stated a fact. Are people no longer allowed to state facts because someone might get embarrassed? The dude needs to lose the pride and work on his humility instead. –raduniversity

It is sad to see these sorts of things happen so often nowadays. 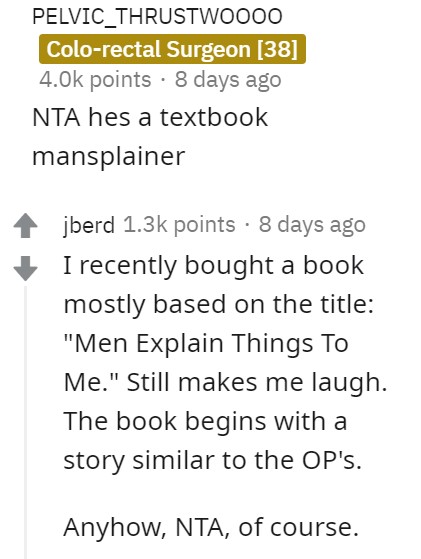 She did try to tell him but he wouldn’t listen. 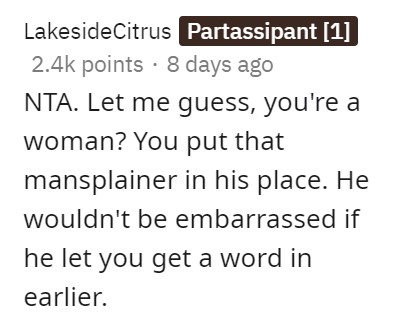 I would like to think that but knowing mansplainers, I doubt it. 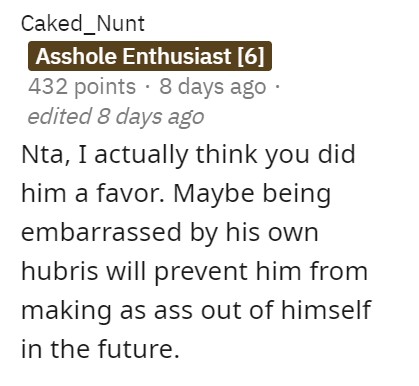 And it wasn’t her fault whatsoever. 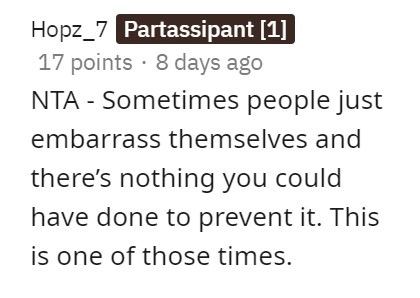 He just had to go, show off and ruin the whole mood of the party. 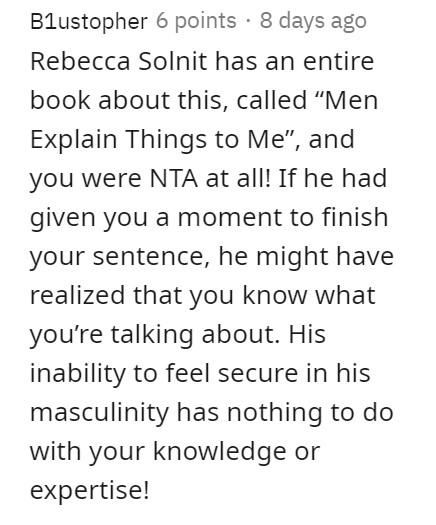 Your story is even more extreme than Rebecca Solnit’s (basis of Men Explain Things To Me), because not did he explain your own work to you, but he argued you were wrong repeatedly.

NTA and he embarrassed himself. I mean what were you supposed to do, sit there smiling and nodding and validating his wrongness? What a baby! –violetpip

I would have loved to see that actually. 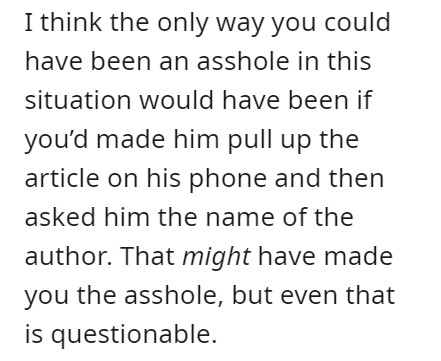 What would you do in this situation? Comment down below and let us know.