Something things, you don’t want to know.

Ther should be somethings that should be kept secret between co-workers. After all most of us are not friends and that includes the fact that we don’t want to know everything that is going on in their lives. However, sometimes people just tell you because they want to share their interesting stories and nobody else is around.

That is why today we have the weirdest stories that people found out about their co-workers whether by accident or complete happenstance. This all started when one Reddit user asked the question “What’s the strangest, non-sexual thing you’ve ever learned about a co-worker?” As it turns out, people know a lot of uncomfortable things about their co-workers. And you can read all of them by scrolling below.

#1 This is why you never judge a book by its cover. 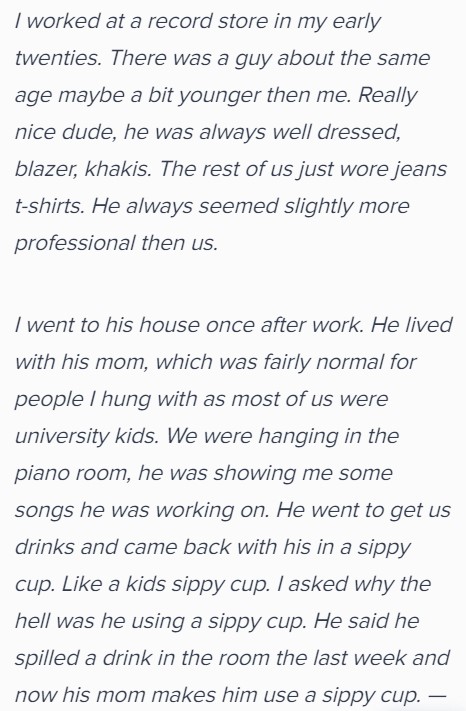 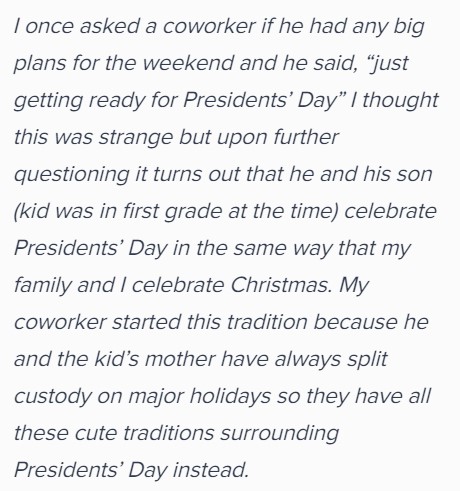 And knowledge is power. 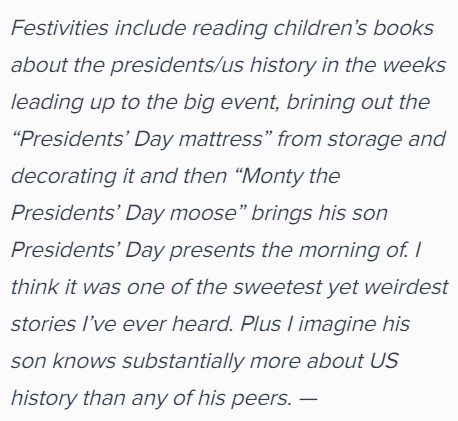 #3 That must have really messed him up. 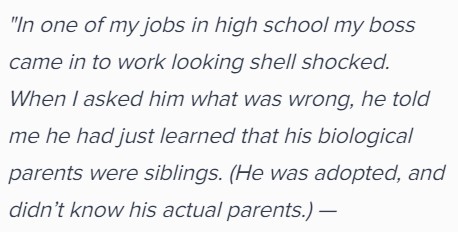 #4 I wonder how his daughter was fine with him. 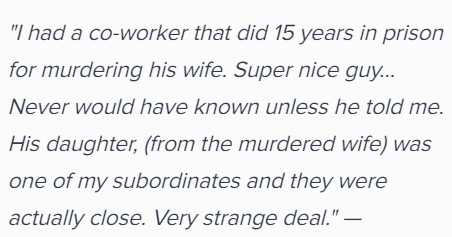 #5 This is just straight-up sad. 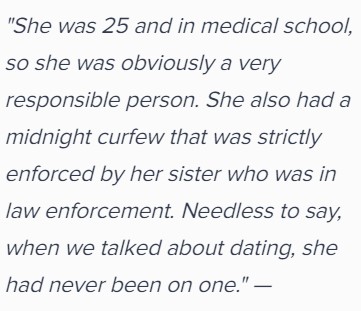 #6 Many people have millions of followers on their pets accounts.

#7 At least they found him. 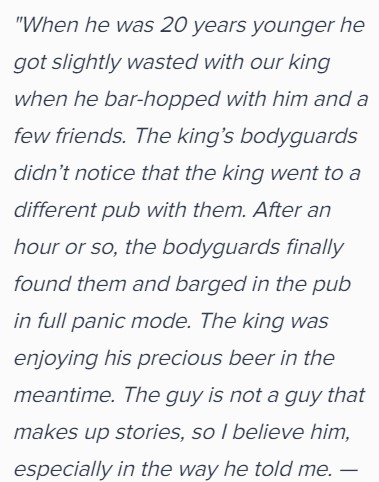 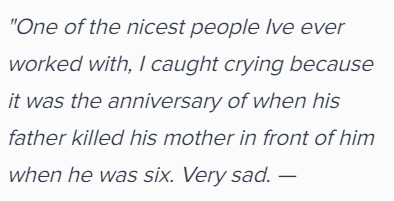 #10 Everyone has a unique past. 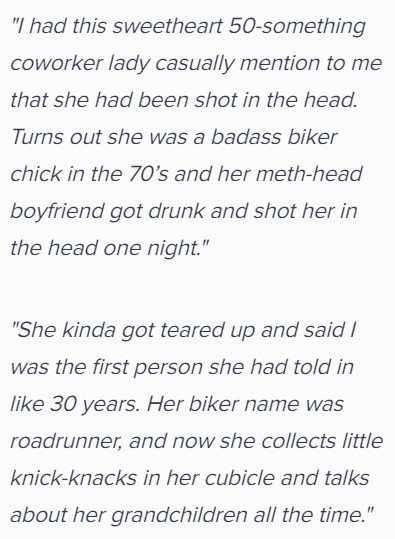 #11 Is it weird that I am not more shocked by this? 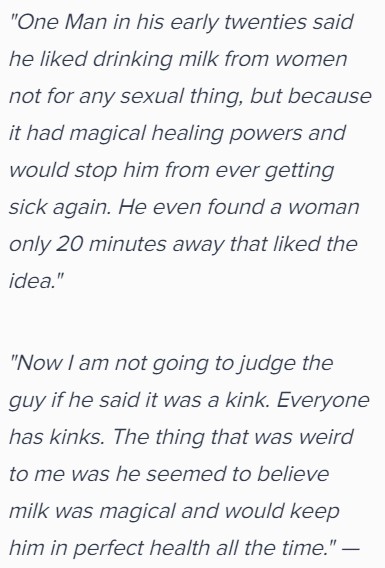 “My buddy paid a prostitute to clean his house naked. It would have been ok if he woke me up and told me before leaving for work.” 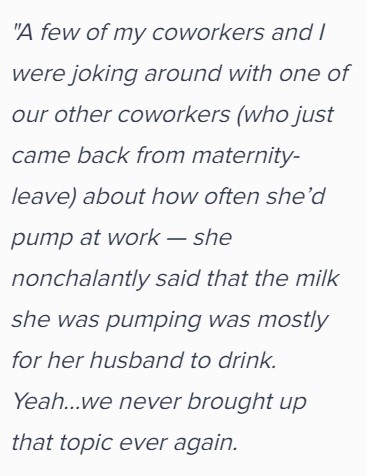 “To clarify, she pumps at least five times a day…almost always when the office starts getting busy, and every time, she proclaims “I’m going to go pump!” before she walks out the door — hence the lighthearted teasing.”

#14 You never know what somebody is hiding. 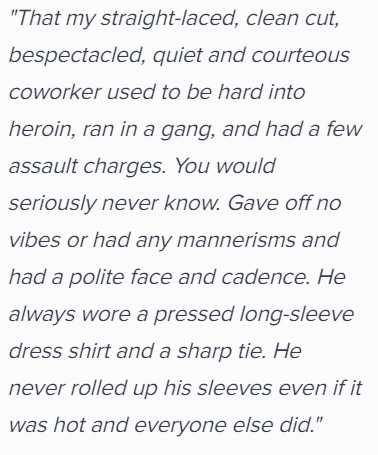 At least he turned his life around for the better. 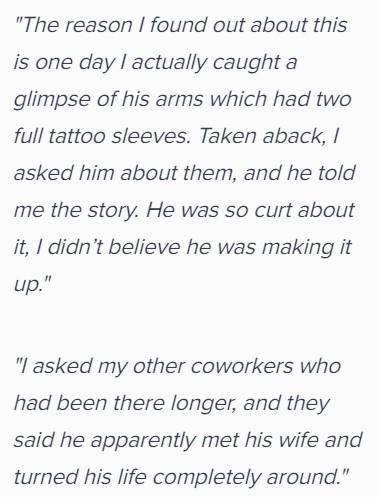 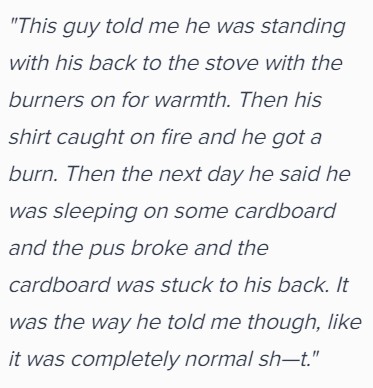 Honestly, who sleeps on cardboard? 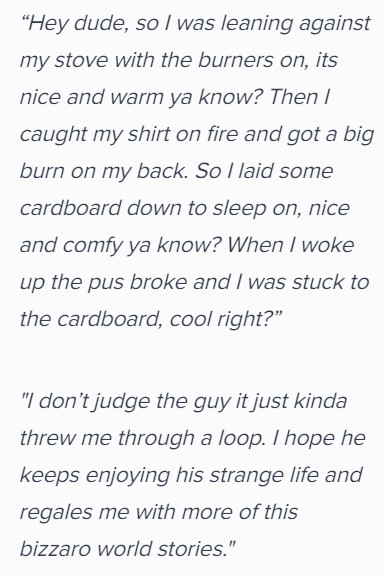 “Ok pus not puss goddamnit. i guess i meant blister anyway but he mentioned pus several times. also when he said the thing about the cardboard it was more like “so you know I have my cardboard to sleep on, as people do you know”.

I hope he isnt a redditor, im not trying to call him out or anything, to each his own and sh—t it was just some weird story. our job doesn’t pay that bad and its got benefits, myself i have a nice ass apartment and a bunch of hobbies, i dont know what the hell this guy is doing with his money or freetime.

His story left me slightly disgusted, slightly perplexed, and oddly wanting to know more. he just came up and told me this out of the blue too, i know what its like to live alone, some crazy sh—t happened and he just had to tell someone i guess.”

#16 Well, I really want to read this now……for research purposes.

“Man showed me a patent he had obtained for a sexual toy. I was impressed.”

#18 A rivalry is common in the workplace. 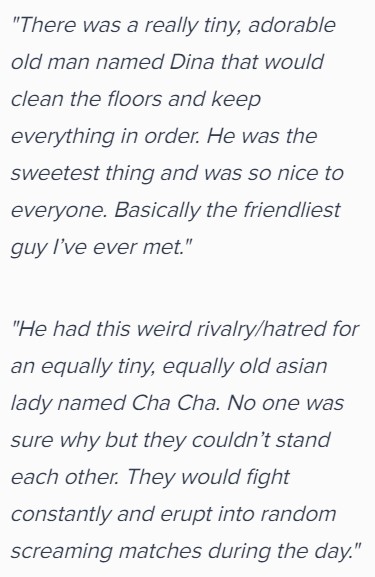 But as it turns out, it was just for show. 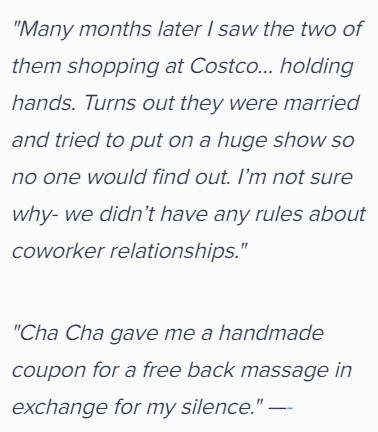 #19 Pimps need some extra protection after all.

“I work in technology, a co-worker makes “pimp suits” that are bullet proof.”

Have any weird stories about co-workers that you want to share with us? Don’t worry we won’t tell so comment down below and let us know.