Nobody should play games in a relationship.

It’s all about being sincere and honest. When you are playing games and not taking your relationship seriously, that is when it ends badly for both parties. Honestly, I could never understand why people do this. If you don’t want the commitment just say so upfront rather than stringing the other person along. It really is as simple as that.

However, so many people string along their ‘significant others’ until the other person gets tired of the games and leaves them. Then these same people end up crying because nobody ‘waited’ for them. Everyone has a right to be happy and they shouldn’t have to sacrifice their happiness to give another person what they want. 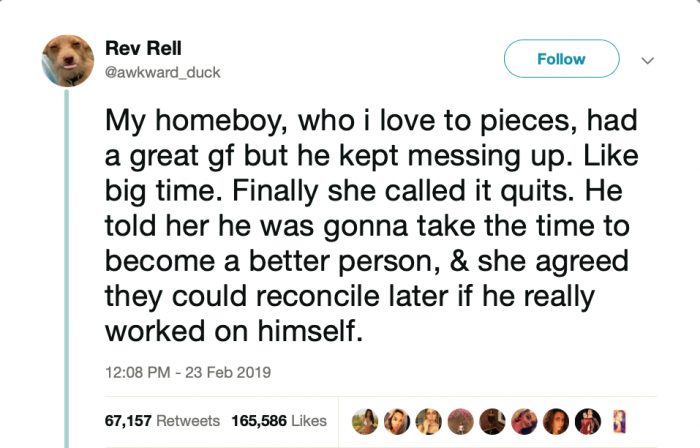 It isn’t her fault he didn’t try to get her back or even try to become a better person. 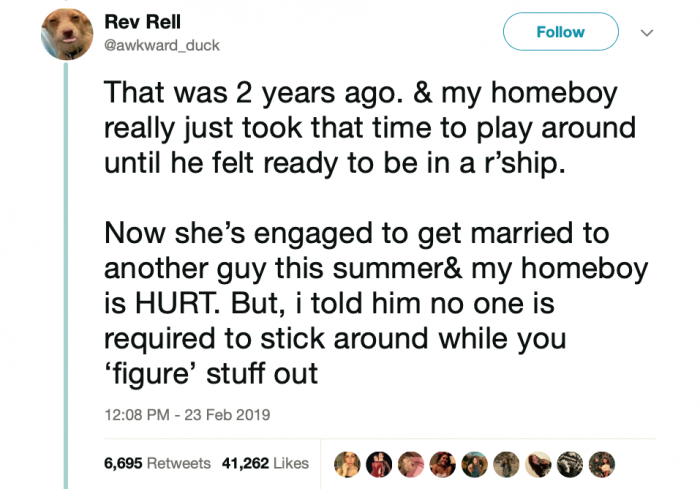 Nobody is required to ‘wait’ for them. 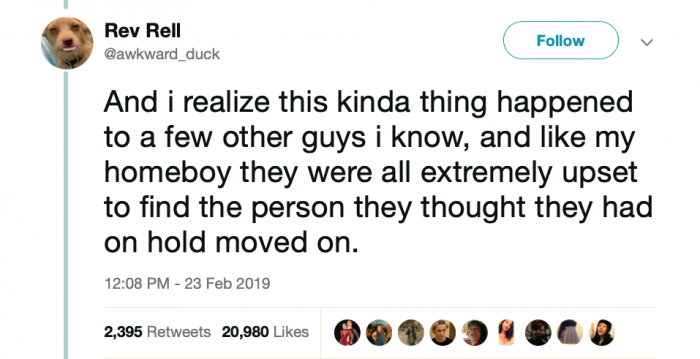 I have seen time and time again that many people whether they are a man or a woman love when they have someone on hold. It’s like they want a safety blanket for when they are done with playing around. But that isn’t fair for the person who is holding on. 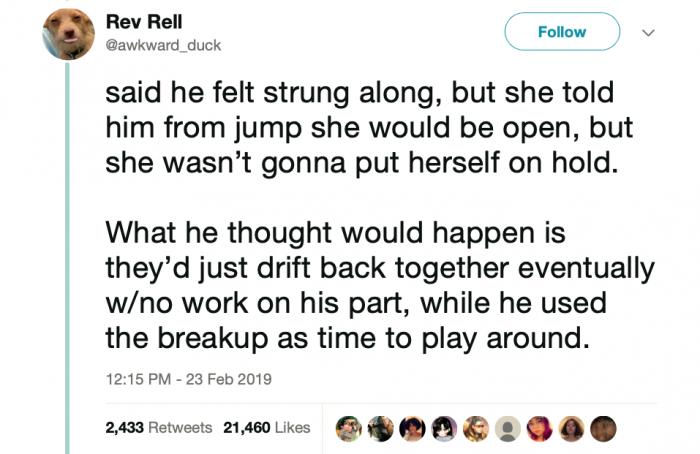 Those only work in the movies.

You aren’t entitled to another person’s love. 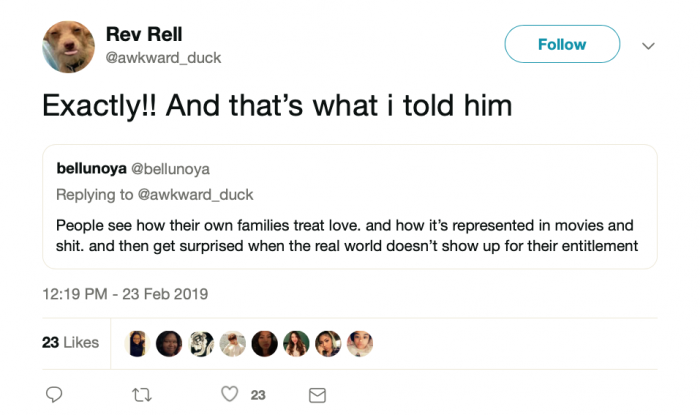 You don’t have the right to ruin someone’s happiness.

He should let her be and work on himself. 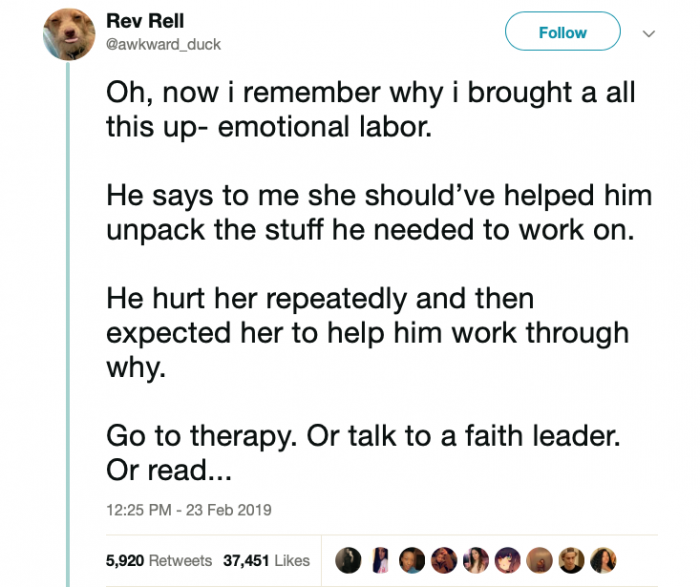 That doesn’t happen. I am honestly happy for the girl. 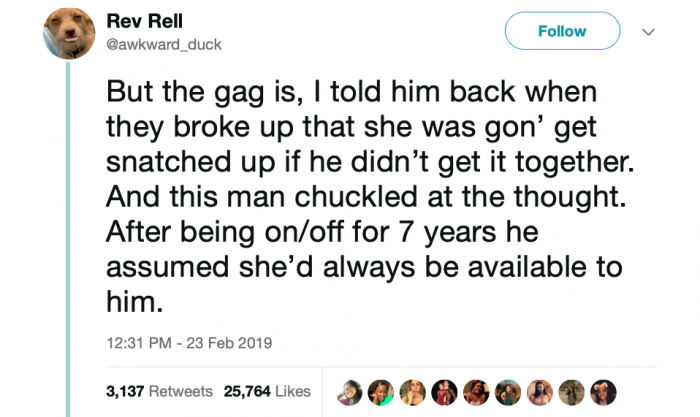 So what? She was single, she moved on. SImple. 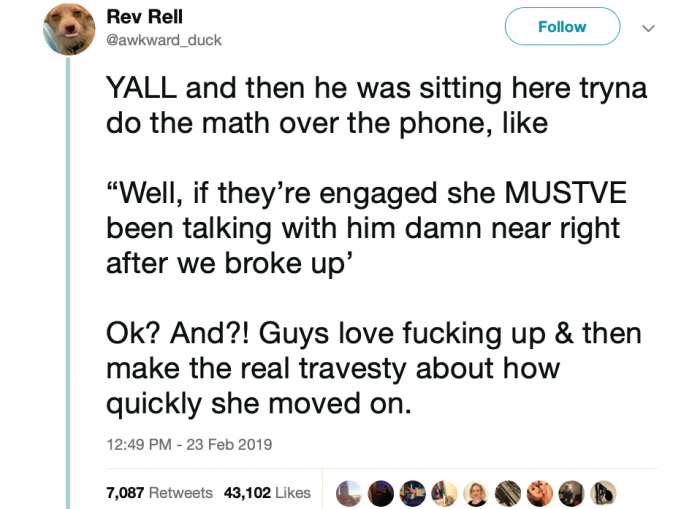 They are not required to do so no matter how much you want it to be true. 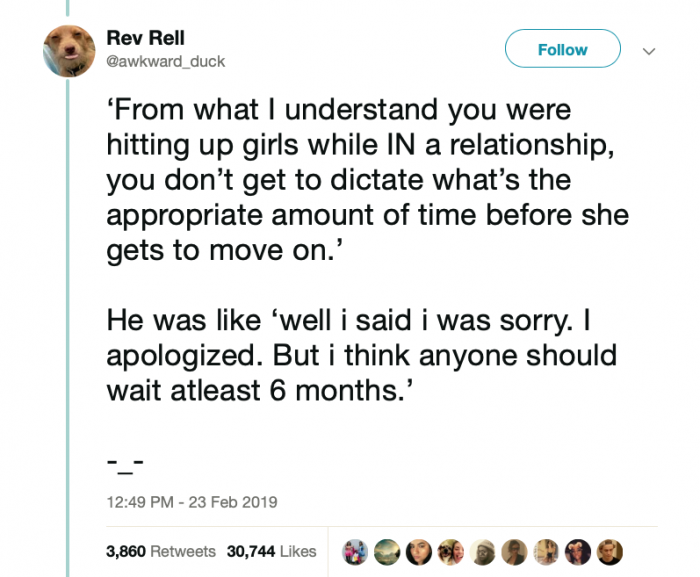 Not her fault to be honest. 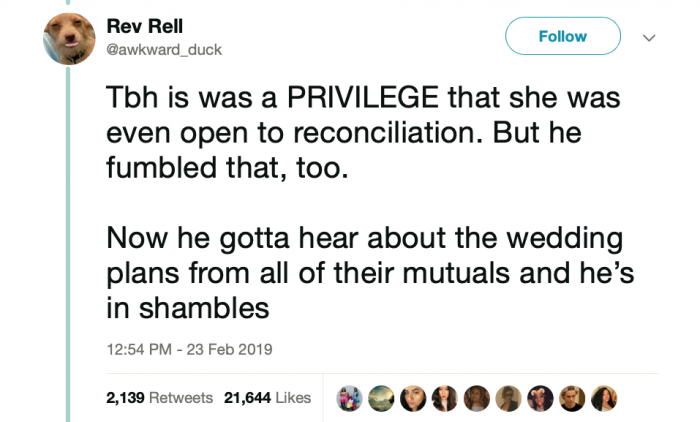 Exactly! That is not good advice. 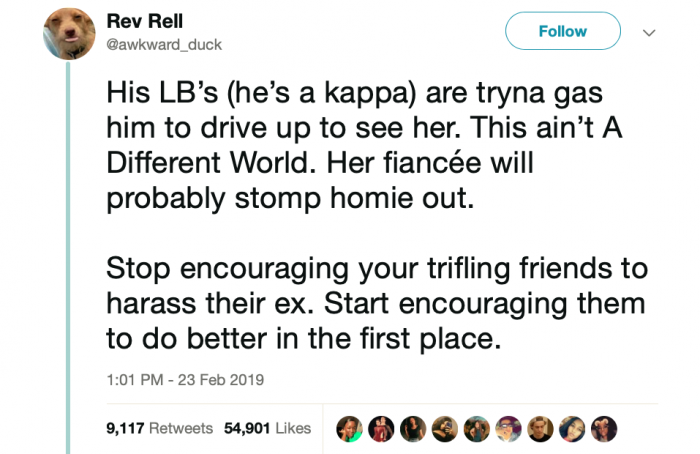 Sugarcoating things is never the right option in these sorts of situations. 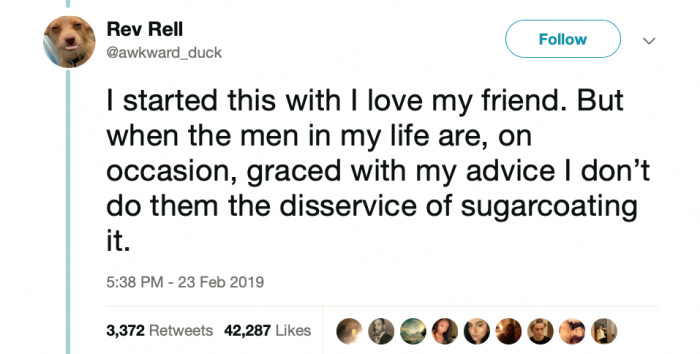 Do you agree with what this Twitter user is saying? Comment down below and let us know. Don’t forget to share because more people need to hear this.