Do you know that pets are always adopted accidentally?

The best things in life happen by accident. We are never ready for them. We never plan them. They just happen. And when we sit down and think about them, it seems like they were meant to be. They were destined in our lives. Today, we have a story of a couple who ended up getting two black cats. This couple already owned a black kitten. One day, the wife noticed a black cat sitting next to their mailbox. She let it come inside their house. After some days, the couple realized that now they have two black cats who are getting along really well. The couple shared an adorable photo of both cats on Reddit and a lot of people came up with their stories of getting cats accidentally. Scroll down to read the story.

1. Wife saw a black cat near the mailbox and took it home. Now, they own two black cats.

2. They are getting along well: 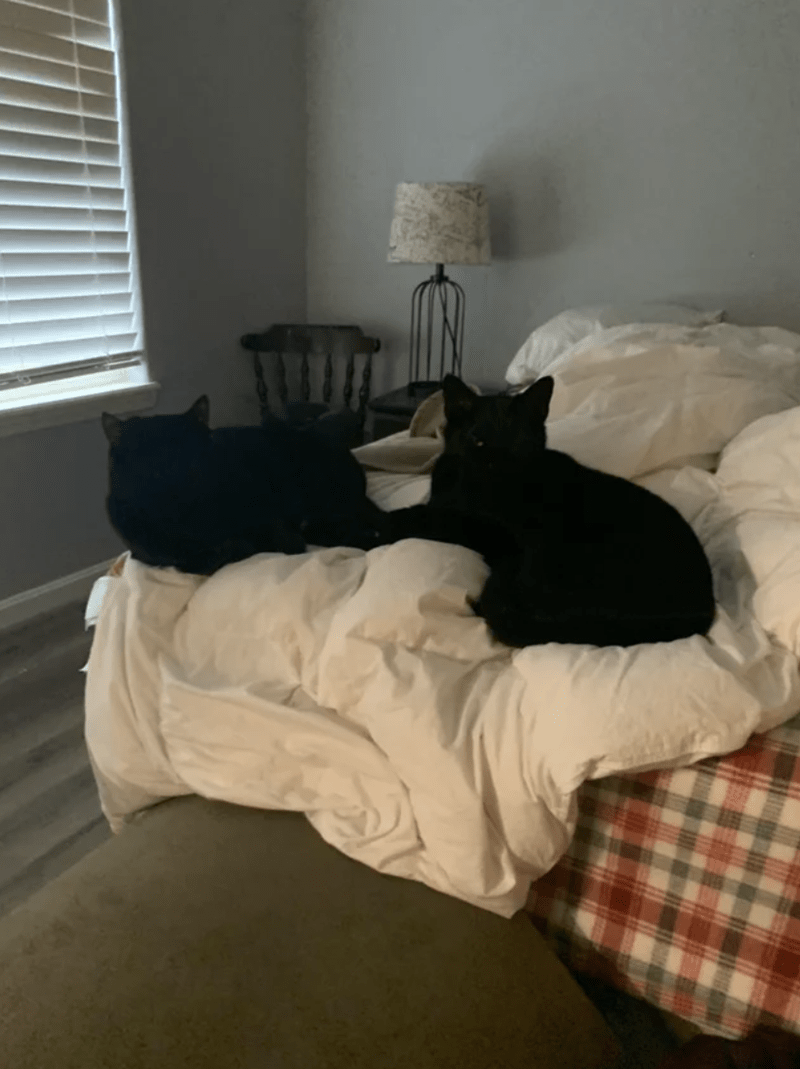 4. How this person adopted a tortie: 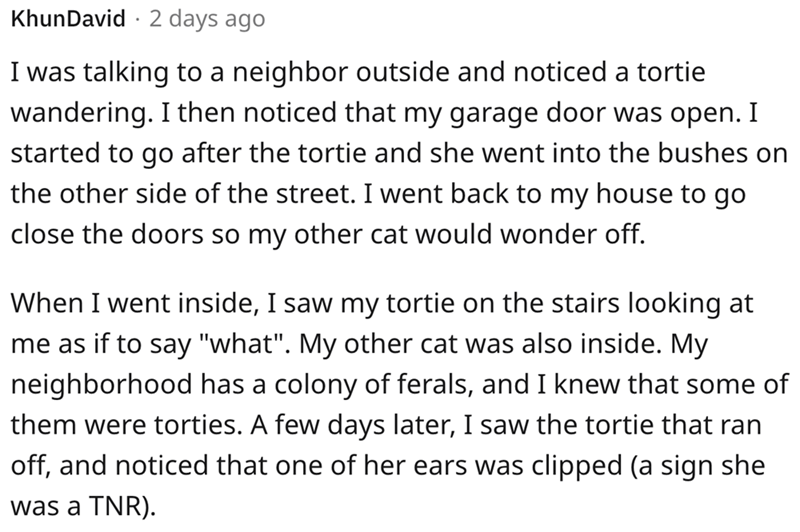 5. When you are adopting a cat, know that these would be his/her demands:

6. Don’t be surprised if you discover you have three black cats:

7. One more cat would not hurt: 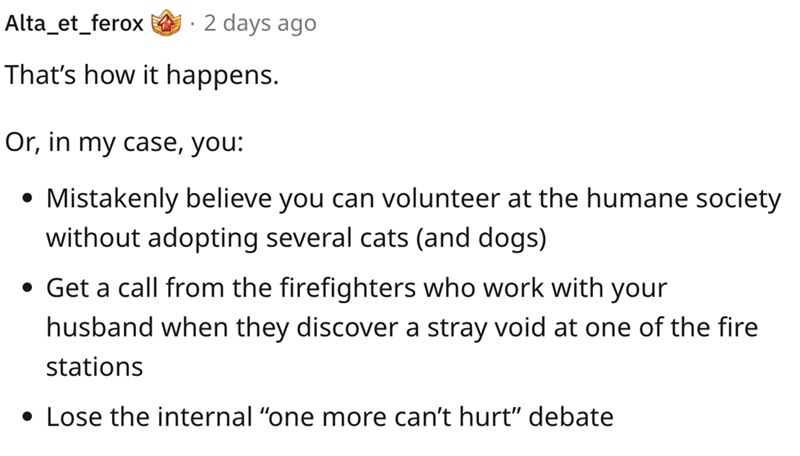 8. Here is a mathematical formula if you want to discover how many cats you own now:

No one can ever say “no” to a cat. Cats are so effin adorable and fluffy that we want to keep all of them in our houses. If I had a big house, I would have filled it with cats from all around the world. When you adopt kittens and you see them growing, it is such a big accomplishment. You see them changing every day. You see them getting mature each day and you get used to of their presence in your house. Scroll down to read more stories!

10. When your husband can have 14 bikes, why can’t you have the fourth cat?

12. They are not fostering again because the last time they fostered, they ended up getting two fluffy ones: 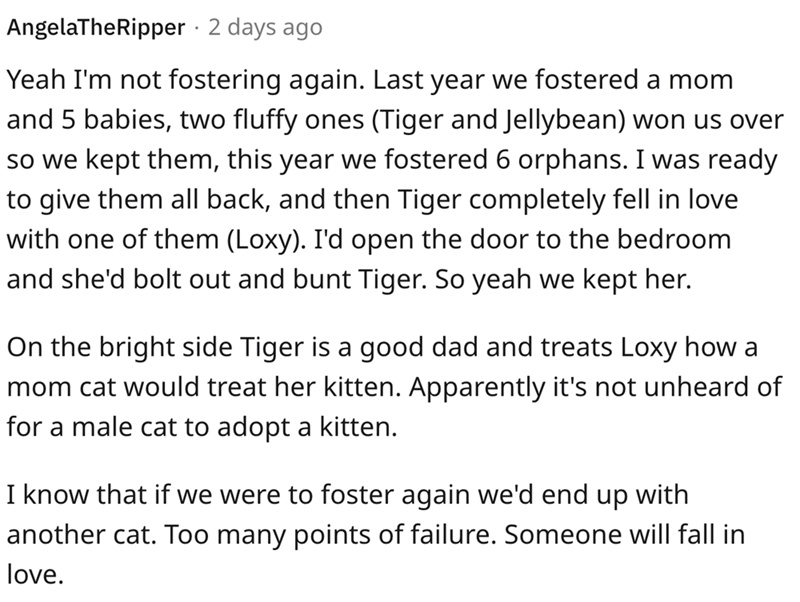 18. This lady did not tell her husband that she has adopted another cat:

Adopting cats is a fun process. Have you ever adopted a cat or want to adopt one? Two? Or three? Well, you would always want to add one to your list. Share your opinion in the comment section down below!