Whenever a child makes a mistake, parents usually discuss it with each other. Sometimes they both fight and blame one another for being a bad parent. Other times, they both handle the situation maturely and figure out ways to teach their children. But when either the father or the mother covers up for their kid and hide it from the other parent, bad things happen. This not only ruins the parent-child relationship, but also motivates the child to do wrong because he/she knows they have one of their parent’s support.

Lying and covering up for your kid’s mistake is doing injustice with both the child and the other parent who probably sacrificed just as much as you in bringing up the child. It also ruins your relationship with your spouse. Once the secret is out, they’re always gonna think that you’re hiding something. It is better to be honest with your partner. No lies and no secrets. This is the key to a happy and healthy relationship. When it comes to your children, it is important that both the parents are on the same page. Otherwise, there can be consequences. Just like in this Reddit post we recently read. A man’s son was kicked out of a restaurant for hitting on a waitress and making a dirty joke. The man kept the real reason hidden from his wife and took care of the situation with the restaurant owner himself. Upon knowing the truth wife was pretty annoyed and called her husband an a*shole. Scroll down to find out what happened exactly. 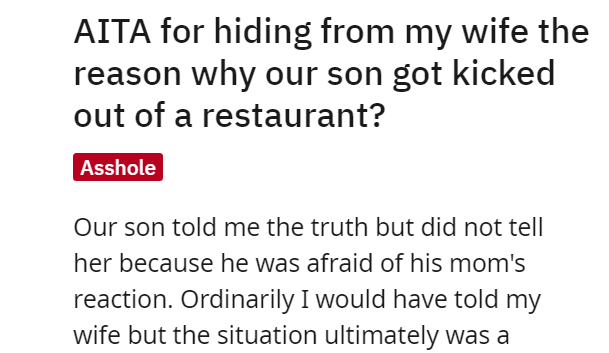 The waitress got upset. 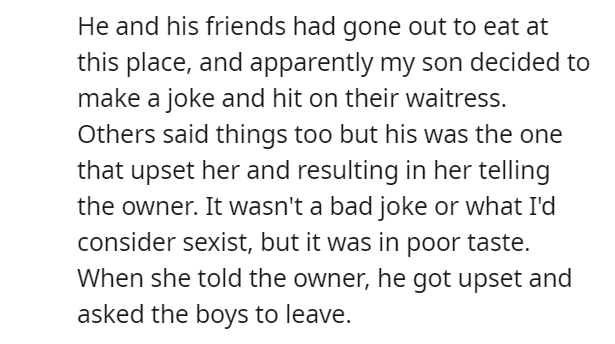 The boys weren’t banned from the restaurant. 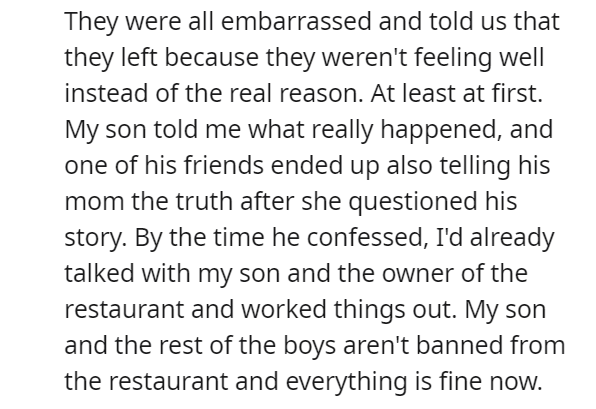 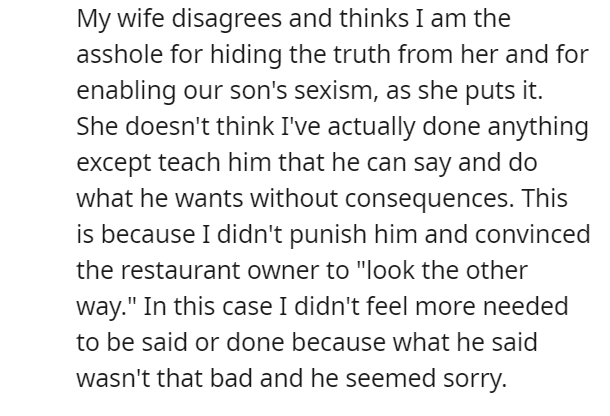 All dads have the same opinion and all moms are pissed.

Here’s what the joke was.

The OP is doing nothing but telling his son that making sexual jokes and being racist is alright. By keeping his son’s secret and fixing things for him at the restaurant, he gave his son a virtual pat on the back. That’s okay to hit on women using dirty comments and being racist. He also assured his son that no matter how badly he screws up, he’d always cover up for him. In this situation, OP’s wife is absolutely right. She’s mad at him for the right cause, and yes, the OP is an a*shole. He’s raising a boy who would grow up into a man no woman would want to marry.Respect is the basic building block of any relationship, and if it’s missing, than nothing is going to work out. Here’s what the Redditors think about this post. Scroll down to read the comments. 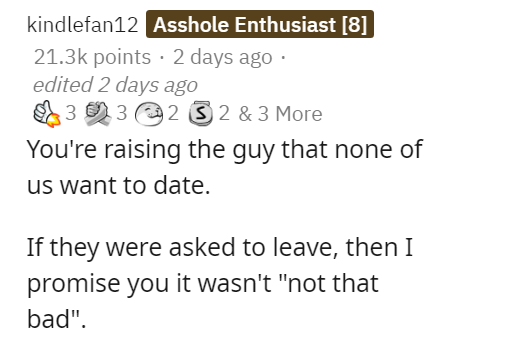 Women know how the waitress felt. 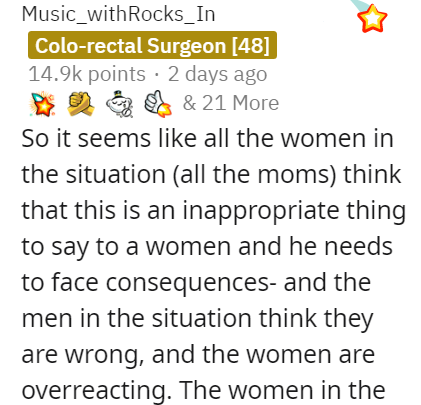 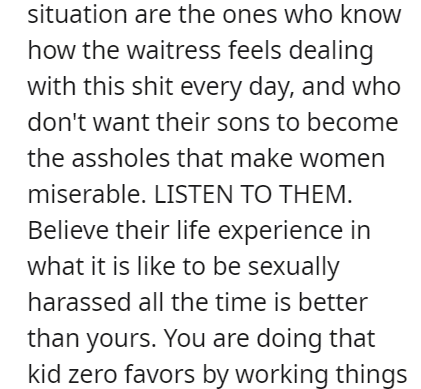 That was no joke. 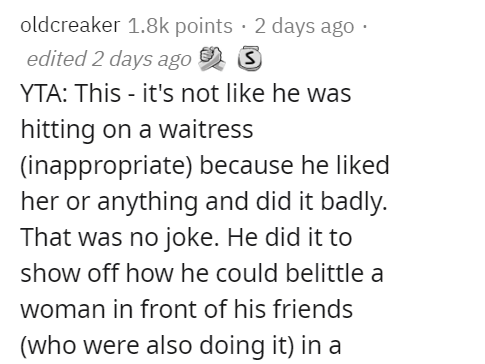 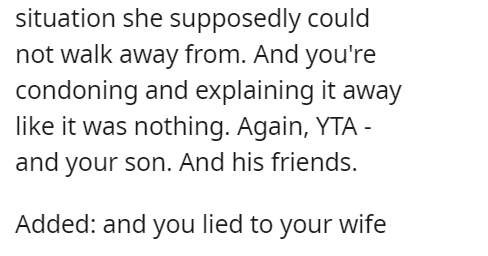 Why apologizing to the boss? 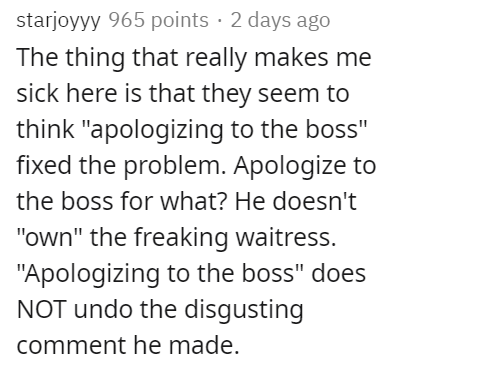 Dear parents, whenever you see your kids doing something seriously wrong, please don’t go around facilitating them. Let them learn from their mistakes. Making seriously sexual comments and being racist with someone is not funny. It’s not a joke, so quit laughing at it and start doing something about it. Teach your children to treat others with respect and being polite. The kind of attitude both OP and his son have is only going to do them wrong. What do you guys think? Let us know in the comments below.