I know I do even though I have never once gotten anything for free in my life. However, that doesn’t mean it doesn’t happen because people do give away free stuff all the time especially to people who need it. However, what we haven’t seen is a person ding it even though they actually started out selling it. This is a story of a buyer and a seller. You see the seller had posted an ad online for a car which she was selling at $1200.

She got a lot of replies asking her to hold the car but she denied the request every time until this particular buyer messaged her. This buyer also wanted her to hold the car until she got the money but the seller wasn’t having any of it until the buyer explained why she needed the car. Then the woman clearly understood and told her to just have it which surprised the buyer. You can read the whole conversation in text form by scrolling below.

The buyer is respectful and isn’t even haggling on the price which is always a good sign. 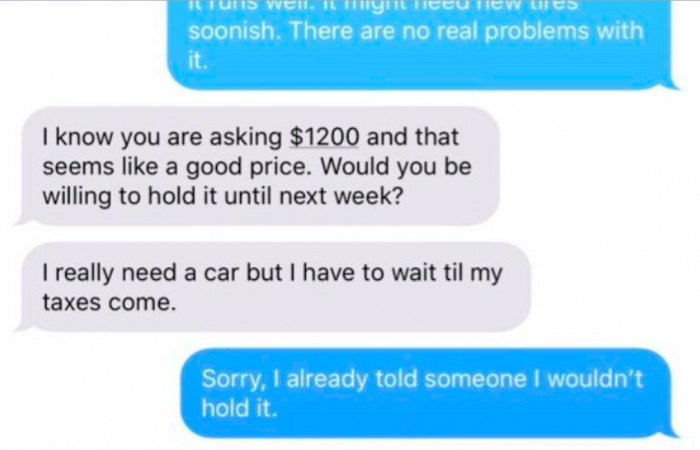 This is when the seller told her that she could have it but the woman didn’t understand what that implied. 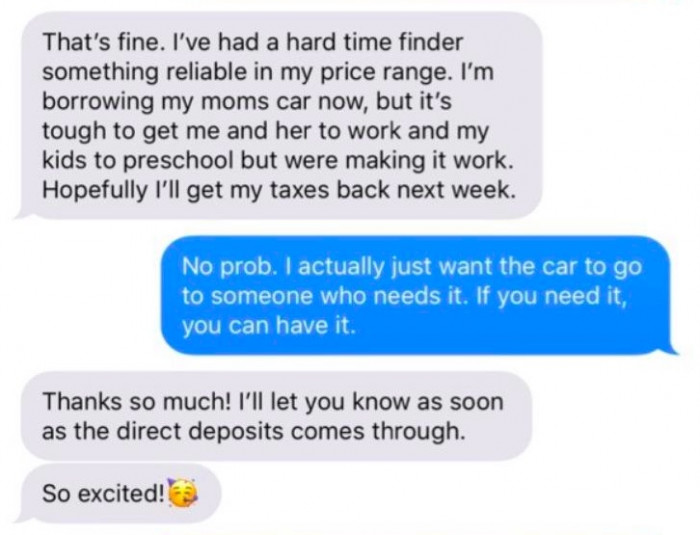 This is when it really dawned on her and it is safe to say that she was surprised. 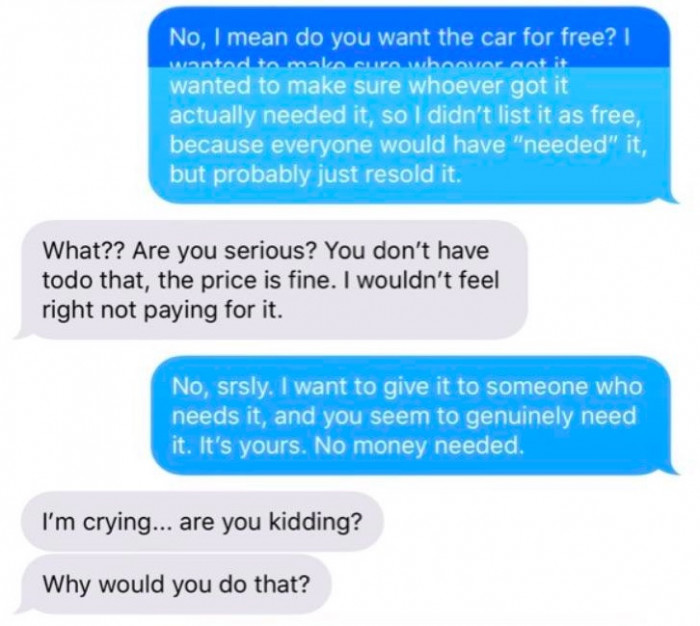 In this day and age, it is really hard to find kind people who help;p others without anything in return. I know it is a cynical view of the world but it is the truth no matter how hard it may be to expect. And if the seller had listed the car as free, even those who had the money to buy a car would have made-up a sob story just so they could have a free car. I am just glad it went to a person who was in dire need of one. And I am sure this woman will be thankful for this kind gesture all her life.

At first, thought that this person was kidding around. 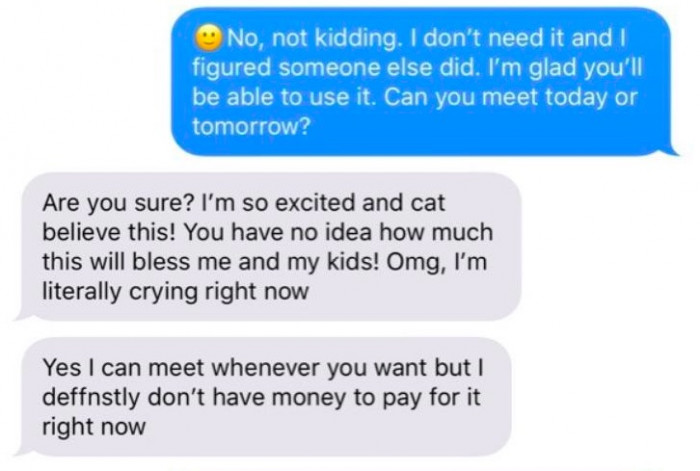 But then she realized that the woman was telling the truth and she couldn’t have been happier.

How would you react if someone told you that you can have a car for free? Would you believe them or think they are joking around with you? Let us know in the comments below.