Being followed can be one of the scariest experiences ever.

As a woman, travelling alone can be very frightening as you can never be safe enough. No matter how many precautions you take, or how tough you think you are, all of us have a weak spot. Stalkers, thieves, and criminals always exploit these weak spots as they know what they are doing through experience. So if anyone ever gives you advice or tips on how to avoid dangerous situations, never take them lightly. You never know when it could come in handy. Always trust your gut feeling if you think something is not right. Stay safe out there, and be as vigilant as possible because predators exist everywhere.

There are countless posts on the Internet that guide women on the steps they should take if they feel like they are being followed by someone. These posts can actually save lives if someone ever finds themselves in such a situation. Just like Reddit user @aggressivelycanadian who shared her experience of being followed by a stalker, but she remembered some tips she read on a Reddit post once. She acted according to the advice in that post and it saved her life. Read the whole story down below:

The woman was on her way home with her family when she needed to use the bathroom. So she chose to go to the public bathroom in a mall. 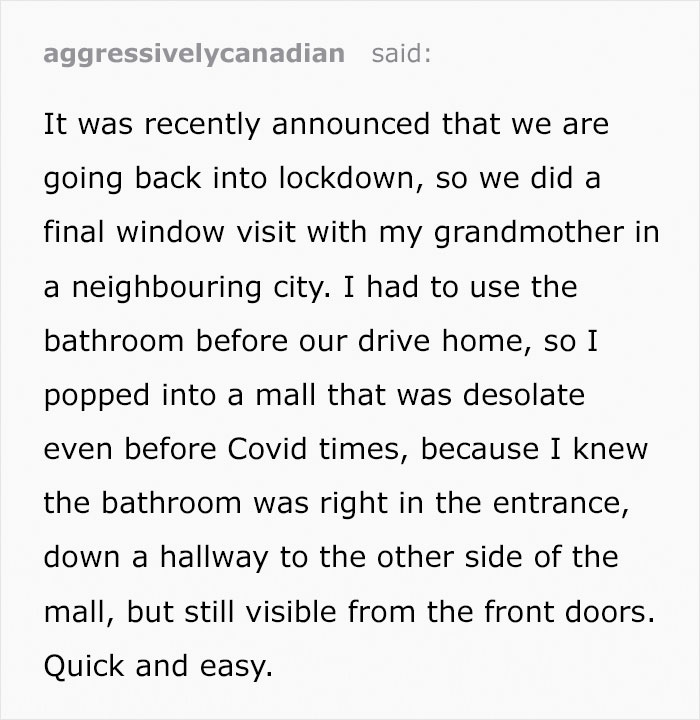 As she walked towards the bathroom, she felt like a man had started following her. Her mind was alert, and she remembered a post she read on Reddit about how a woman escaped a man who was following her. 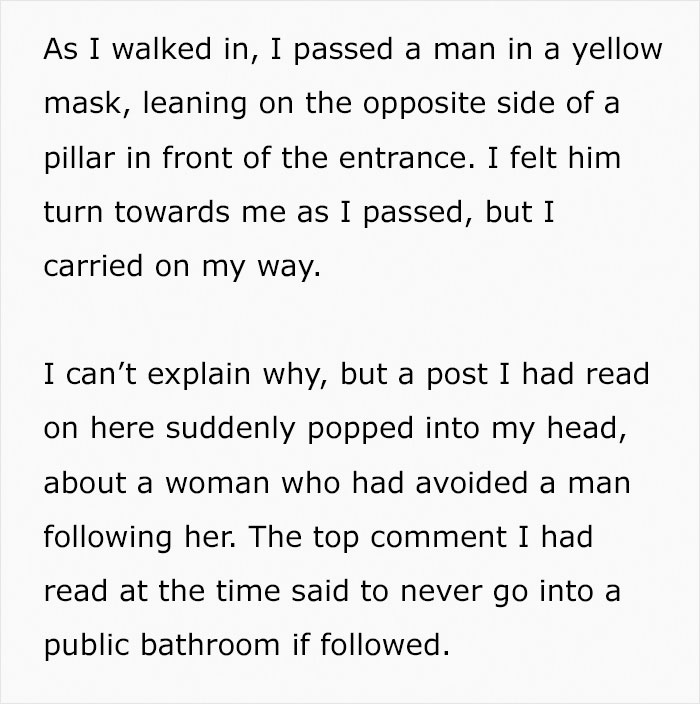 According to the post, if you are being followed, you should go into a store that your suspected stalker would not typically be interested in. So she entered a dollhouse store, and her suspicions became true. The man followed her inside. 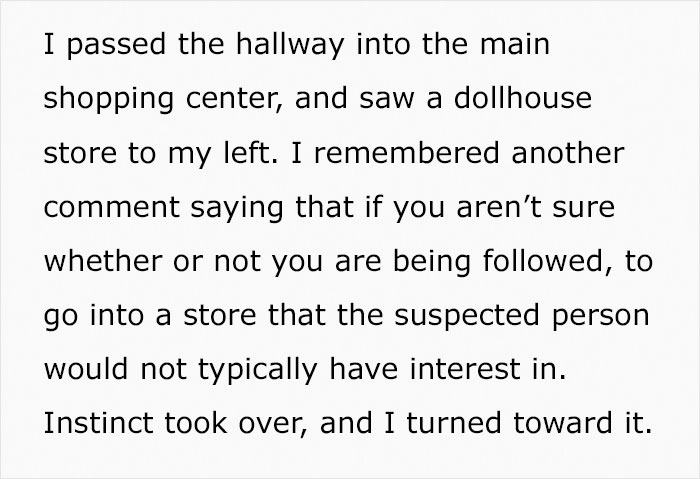 He stood a few feet away from her and was keeping an eye on her. 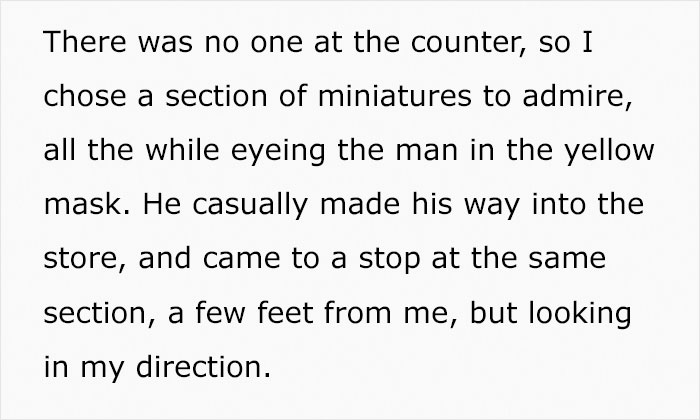 The woman was now confirmed about the fact that the man is following her so she quickly walked back towards the exit and called her husband. 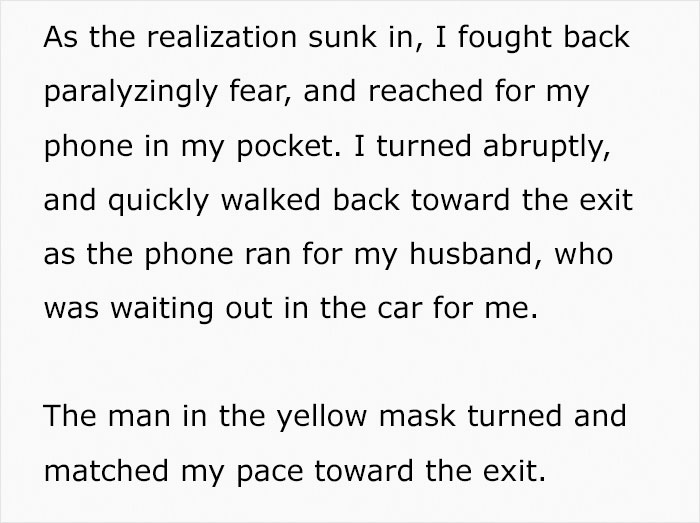 The phone connected and she shouted on the speaker that she is being followed by the man behind her. Her husband immediately got out of the car and went to her. 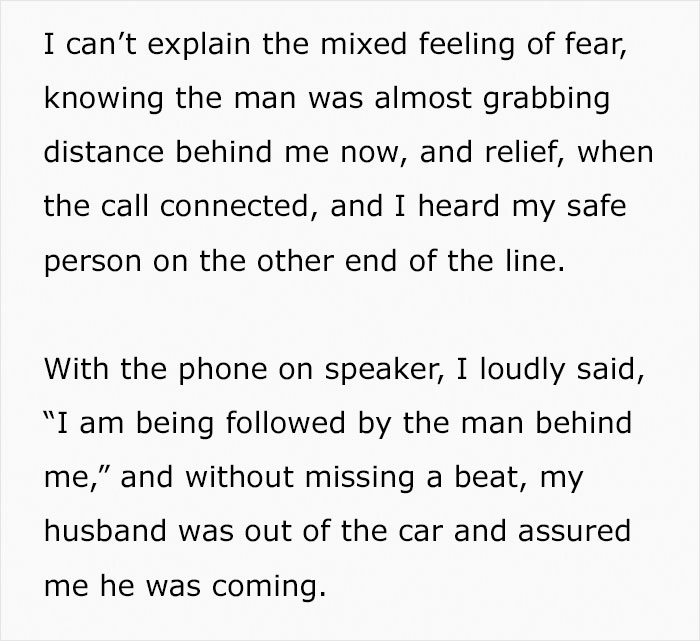 She does not remember who made the post, but she is highly grateful for it as it saved her life. 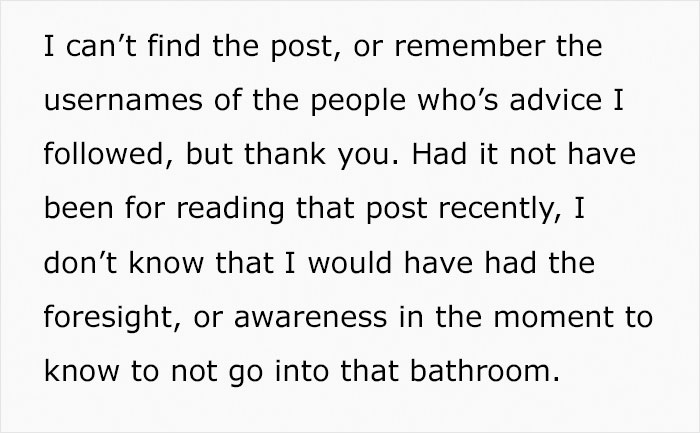 Just reading this story gave me chills. What a horrifying situation that is. But the sad reality is, a lot of females go through it every day. Some make it out safely, and unfortunately, some don’t. Always stay alert when you go out and take as many precautionary measures as you can.

This is what Redditors had to say about the story:

Some gave their own advice as well. 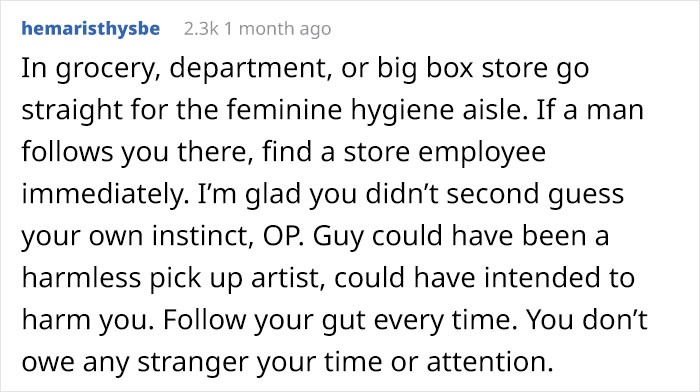 We are just happy that this woman is safe.

It is extremely difficult to keep your cool in such a scary situation.

It is traumatic, to say the least. 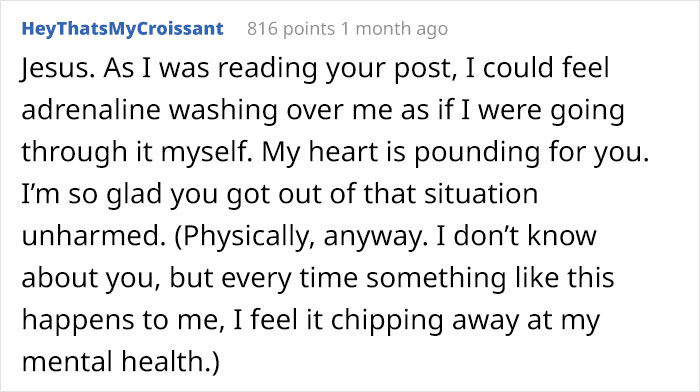 I am sure to pass on this information to all the females I know. 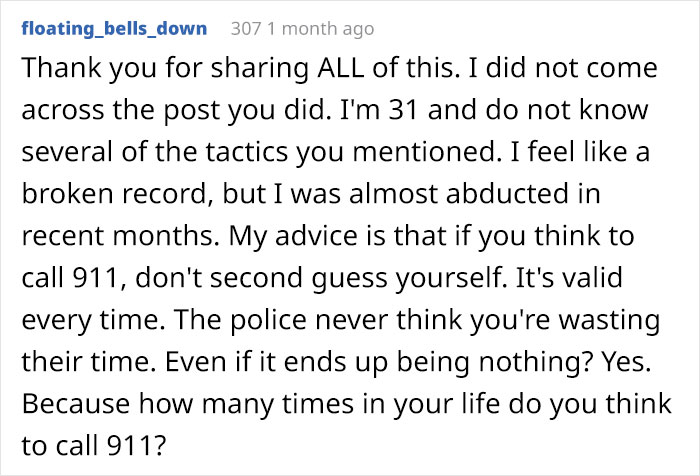 Have you ever faced a similar situation? Would you like to share any advice for other females out there? Let us know in the comments below!