In the process of forming meaningful relationships with others, you may find that you are expending more mental energy than you are gaining. This was especially true in the case of this Reddit user and her boyfriend, Dave, when she discovered that he and his adolescent daughter had destroyed her long-anticipated trip with her two young sons. Dave believed that he would benefit from his girlfriend’s trip with her children as an opportunity to spend quality time with his daughter, Ann, and OP agreed to allow them to accompany her in the hope that this vacation would help her develop a less hostile relationship with the girl as well, given that she appeared to be of the opinion that OP was one “boring” lady and had said that to her face numerous times. In the end, Dave and his daughter Ann were not a pleasure to have around for the enjoyable family road trip that had been planned for them. OP found herself dealing with a lot of crankiness and pessimism from the adolescent over the 26-hour road trip.

The teenager appeared set about not allowing anyone to enjoy their vacation in the least. OP had meticulously planned this trip, including visits at each of the locations her two young sons had asked they see over the years, and she was disappointed to discover that their excitement for the voyage had been dampened by Ann’s constant grumbling. She whined about anything and everything that one could possibly be upset about. Major spoiled girl alert! Besides the sheer number of people in the car, she was also worried by the noise, the number of stops they were taking, and how enthusiastic the two children appeared to be, given how much they were bouncing around and having a good time, on their own road trip. So, what did OP do in response to this? Read and find out!

1. The poor mom was planning this trip for 3 months.
Advertisement 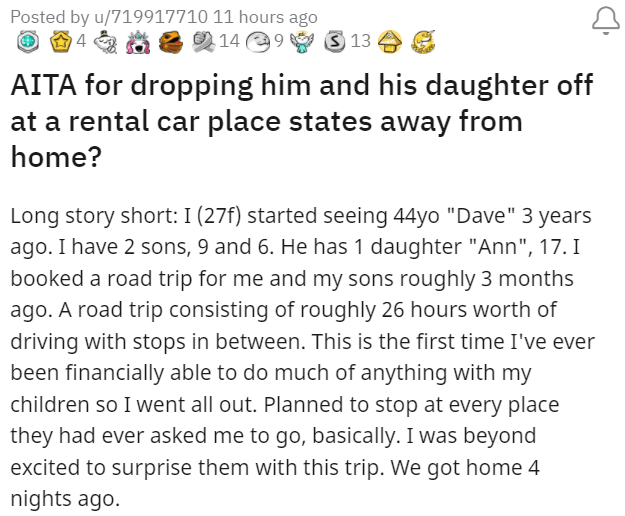 2. Sometimes you’re better off not bonding with certain people! 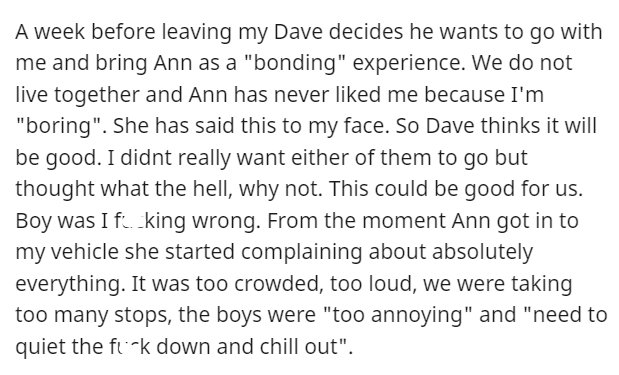 3. Dave is an adult, he should’ve known better than to act so irresponsibly. 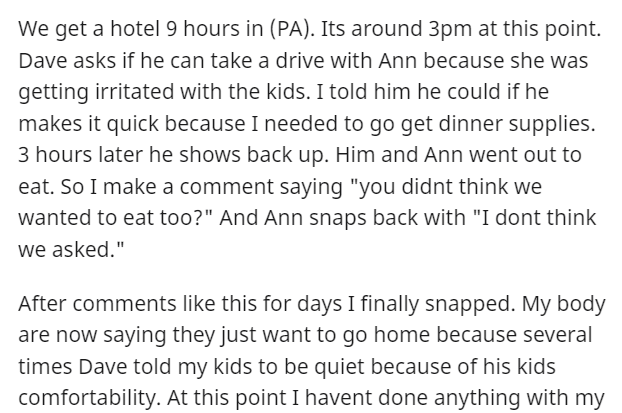 4. The way OP responded was probably the best way to deal with this kind of situation! 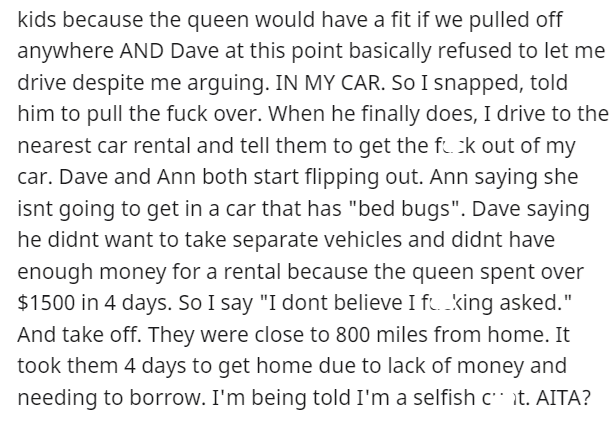 5. They were being selfish and inconsiderate. 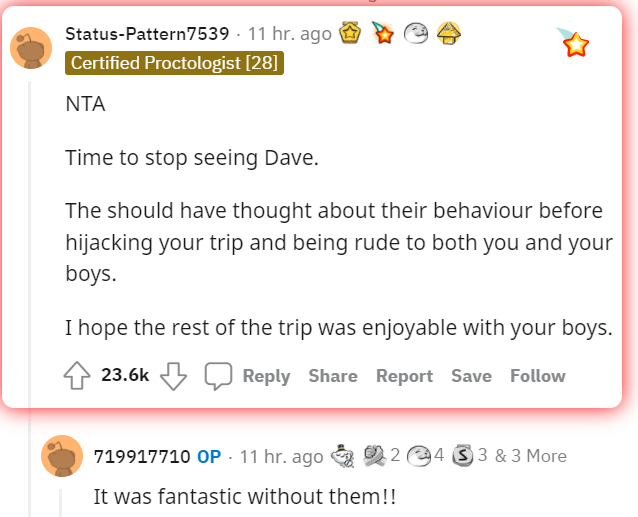 6. What a satisfying end to such a horrific story!

7. The remainder of the trip turned out to be well-deserved fun for the lovely family. 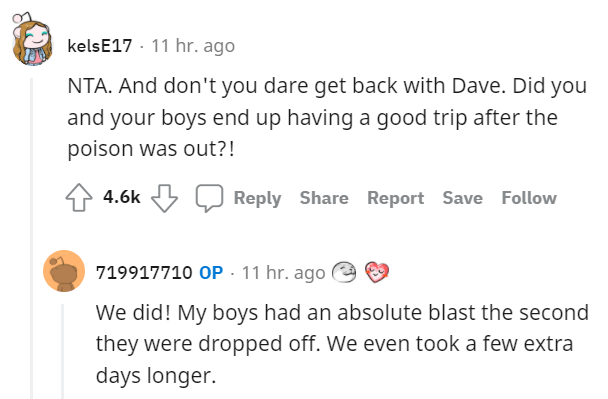 Advertisement
9. Took a lot less than a week for him to show his true colors.

On a trip, people have a tendency to do the strangest and most unethical things, to be honest. Ann and David were certainly deserving of what happened to them. What do you think about the way OP reacted to the situation at hand? Do you have some wild family drama stories you’d like to share? Is it possible that you’ve ever become enraged enough with someone to order them to exit your vehicle? Please share your experiences with us; we would love to hear about them all!