Giving up a child for adoption is never an easy decision.

Starting a family and having children is not as simple as it sounds. Not everyone is capable of being a parent. Having a child is a huge responsibility that not everyone can take up. You need to dedicate a huge chunk of your life to raising your child. This means you have to be emotionally mature, financially stable, and very patient. Pregnancy can be unexpected in some cases and a lot of people find themselves in a very difficult situation. That is when they resort to extreme decisions like giving the child up for adoption. It is not easy to just give away your own flesh and blood but those parents like to think that is what is best for the child and themselves. They move on with their lives and start a family of their own only when they are ready. The adoption system is a whole other level of messed up, and that is something only the adopted child knows. The parents do not fully know the hardships an adopted child has to face. Some may call these parents selfish, but some show empathy towards them as they understand that they just weren’t ready.

This woman on Reddit shared her story of being given up for adoption as a baby. She tried to find out who her biological parents were but they completely refused to let her be a part of her life even after 18 years. So the woman outed them in one of the comments on their Facebook posts and it caused a lot of problems for her biological parents. Scroll down below to read the whole story:

The woman was only a baby when she was given up for adoption while her parents were only 19 years old. When she grew up, she tried to contact her biological mother who never responded to her. 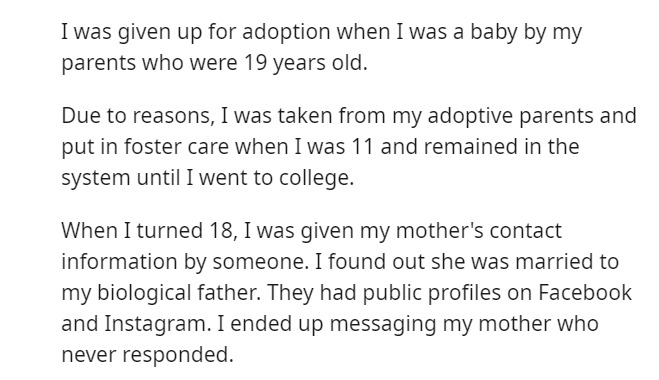 She then contacted her father who made it clear that they do not want to have her in their lives. So she messaged her grandmother, who was actually very happy to know her and bonded with her. 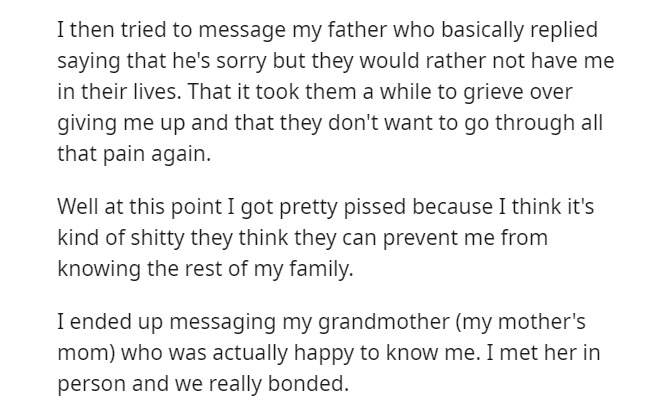 So one day, she came across a public post of her parents where they shared an image of their family, mom, dad, and two children. Her father captioned it “My beautiful wife and our two amazing kids.” The woman replied in the comments “Don’t you mean three kids?” 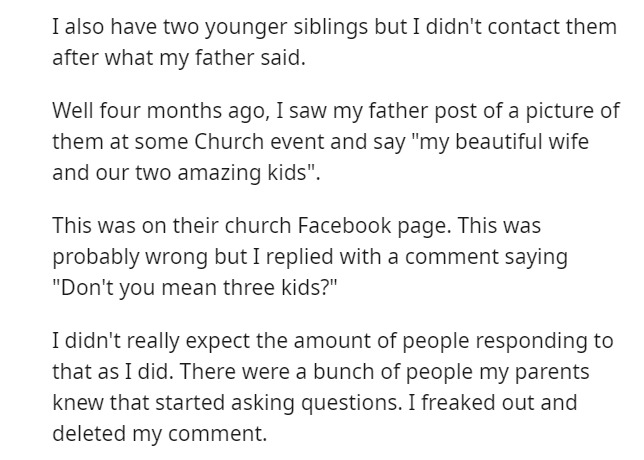 This stirred up a lot of drama in the family, but most of her extended family members reached out to her and even invited her to family parties. Her parents were excluded from them because they wouldn’t accept her. Her biological parents have now separated. 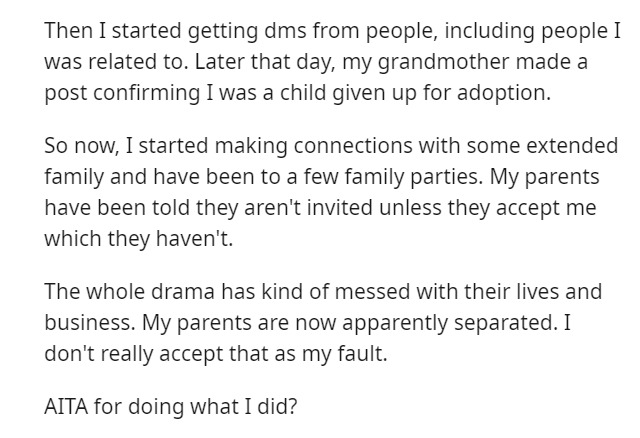 After all this drama, the woman asked if she was wrong for what she did. In my opinion, the woman was being petty because she was refused to be let in with the rest of her family. Yes, her biological parents could have handled this more maturely, but I guess this says a lot about them and why they never kept her in the first place. There was absolutely no need for all this drama.

A lot of people said the woman was wrong for disrupting her parents’ lives.

But some took her side, saying that her biological parents can’t take away her right to reach out to the rest of her family. 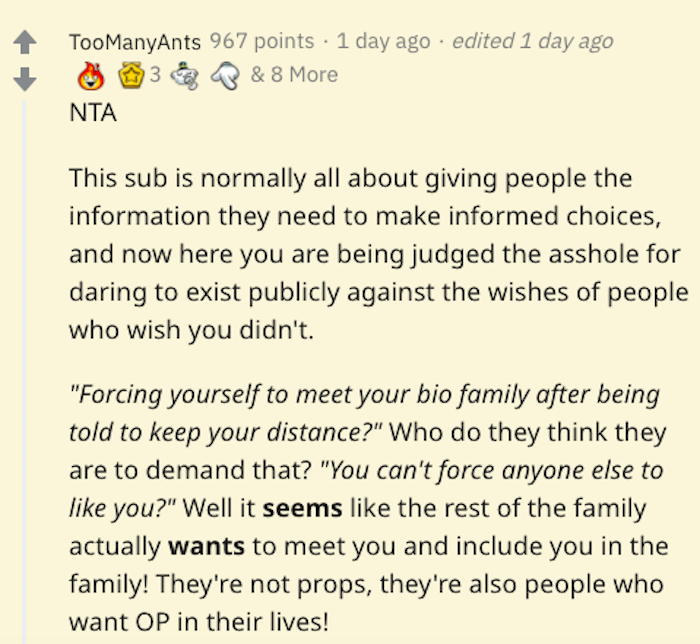 They said her anger was understandable. 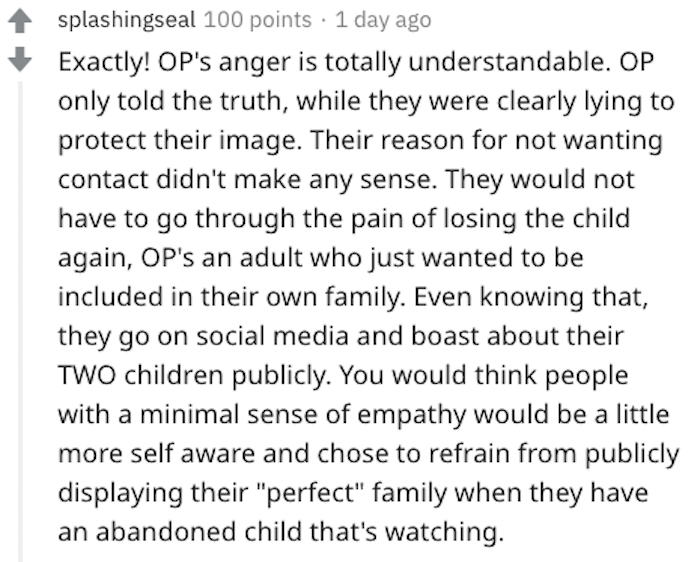 This user said that the woman needed help.

And some said she deliberately shamed them to cause problems.

Who do you think was in the wrong here? Shouldn’t the woman have a right to contact the rest of her family? Share your opinions with us in the comments below.