She sprung the trap without even knowing it.

I know what you’re thinking, ‘Another Karen story?’ However, before you click off this article, let me assure you this is not a story with a typical Karen. This is not set in a supermarket or about a woman screeching everywhere. This story is actually about a tailgating driver. We have all dealt with drivers who for some reason love to tailgate others.

I have no idea why they do it when there is a perfectly empty lane right next to you. Maybe it is a power-play thing but at the end of the day, the person who is in front of the tailgate is usually in power. As they can certainly stop their car and cause a crash if they want. Don’t worry, this is not what happened here but this woman did get some sweet justice served.

First some background on why this person was ‘speeding’. 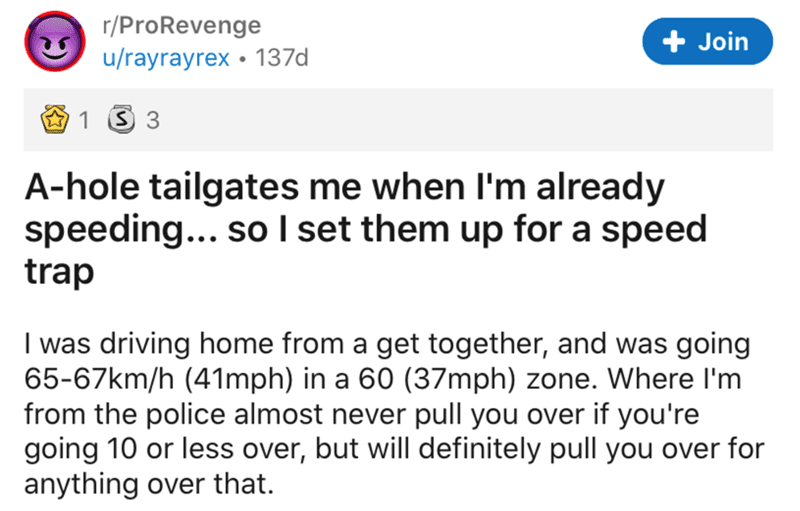 If this woman was in such a hurry, why not overtake and be done with it?

I can never understand why people would want to do this. 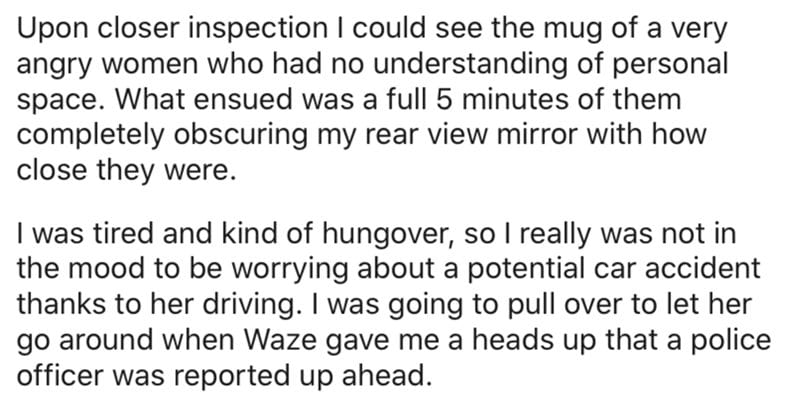 This is where it starts to get interesting. 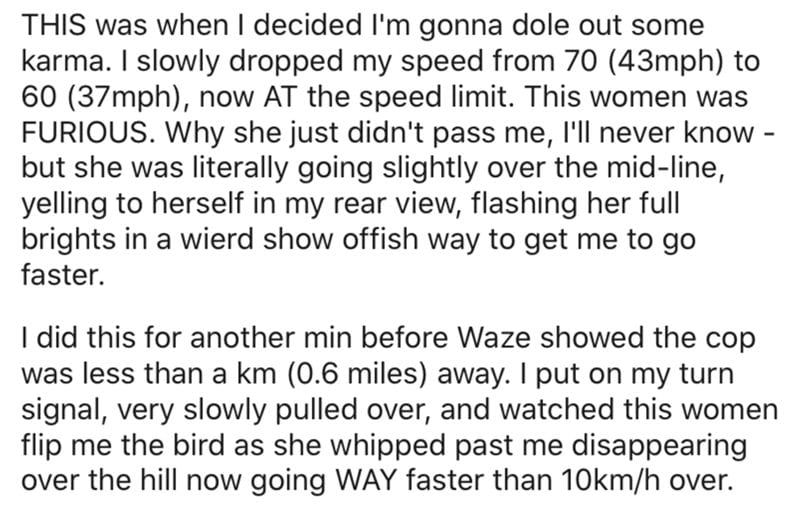 On a totally unrelated note, this app seems like a great way to find out about traffic blocks and such. However, can’t people avoid speeding tickets in such a way? For example, if you know beforehand where the traffic police are going to be, you can change your speed according to that. Although what do I know? I don’t even know how to drive.

So did the police officer see you flip the bird? 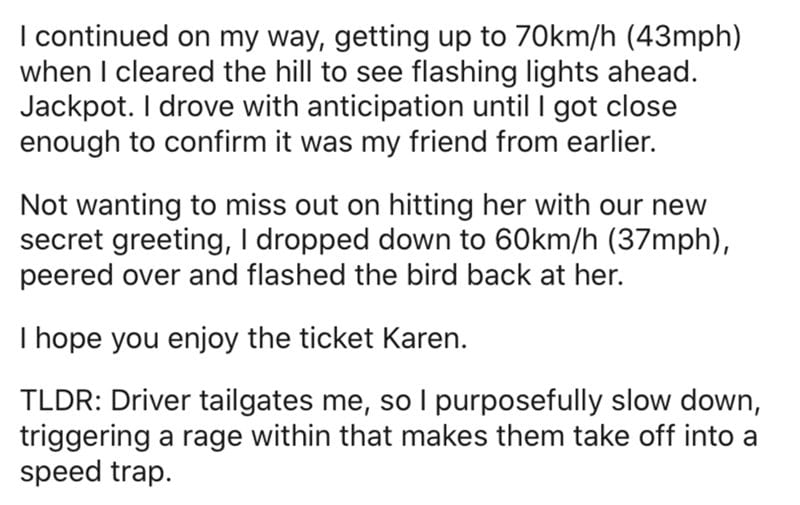 Either move to another lane or simply keep a safe space between cars. It’s that simple. 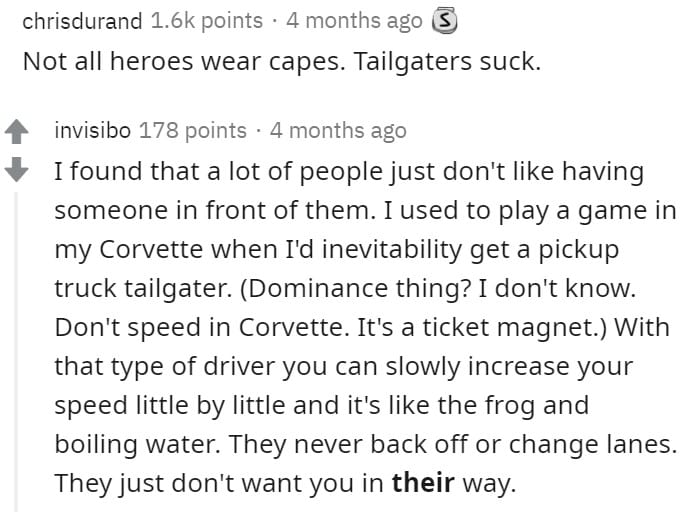 I think anyone would want to do that in this situation but it is never a good idea. 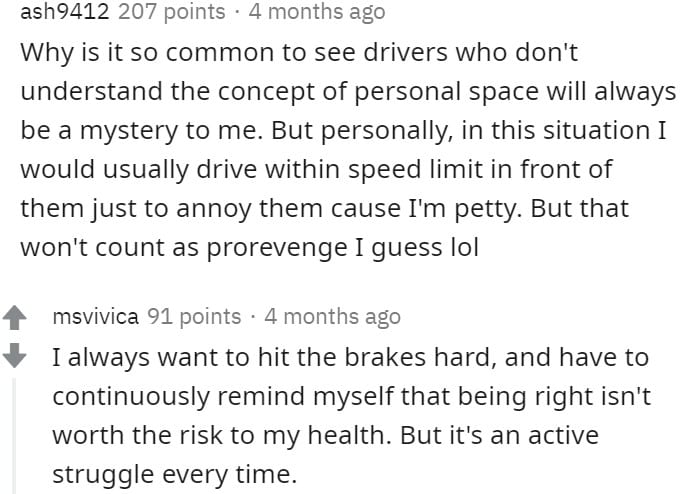 I bet the cop had a nice time writing the ticket for this rude lady.

It seems everyone is compensating for something on the road. 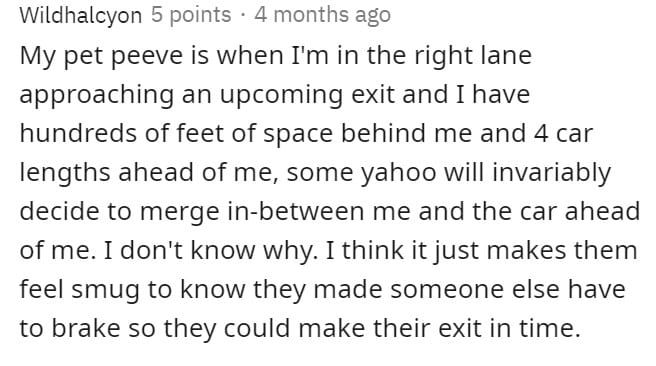 I don’t think anyone would be able to solve this mystery.

It isn’t but it could be. 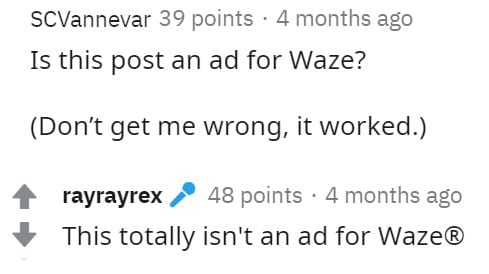 What do you think about this Prorevenge? Or do you think it is not really pro and should be classified as petty revenge? Let us know if you have ever done something similar to a tailgater?